“To make a great film you need three things—the script, the script and the script,” said the master of suspense himself, Alfred Hitchcock. The script is the backbone to visualising and understanding the layers upon layers of context required to glue a tale intricately together that evokes so much emotion in a viewer.

Unlike a book, where a reader’s physical relationship with pages over the course of a story is intimately heightened, a movie or TV show is different. We have nothing to touch or hold on to, and the only route the story has is through our minds. It has to make us feel close without a physical touch, and this is why the script becomes so important. We dove in to gather the clever moments in film and television where scriptwriters cleverly placed moments into the tapestry of story only to be understood years later by viewers. There may be spoilers!

The callback that got us crying bucketloads. Captain America was set out to fight Thanos’s army alone when Sam tunes into his earpiece and mirrors the phrase “on your left,” which refers to the scene in The Winter Soldier when Captain America teasingly sprints past Sam in the park training.

Relive this moment and hear the cheers from the #AvengersEndgame opening night crowd during the "Portals" scene.

What was your reaction when you saw all the portals during your first ever viewing of this epic film?pic.twitter.com/uK5oz012Re

Walter White is rolling a barrel through a hot dry desert plane at the end of season five, and as the camera follows his sweaty progress he unknowingly rolls right past the pants that he lost in the pilot. A tiny detail that goes a long way.

Arguably one of the best series of all time, with many woven details in the script. To mention one; in season eight, Arya Stark watches an incoming crowd and sees The Hound who was once on her kill list, but having spent a long time together became companions. In season one, a much younger Arya excitedly tries to see who’s coming to visit Winterfell, and she sees The Hound on his horse, then, too.

As much tension we feel around J.K Rowling right now, let’s not forget the genius of Harry Potter. In Deathly Hallows Part two, Harry, Ron and Hermione fight the same creatures that they fought throughout the series, in exactly the same order that they appeared in the movies. Another fine detail to note is that in the Room of Requirement scene, you can see the knight that Ron rides in the first movie.

In the final scene of the series Lost, Jack is flat on his back looking up through palm fronds where Walt’s dog appears next to him. The beginning and ending perfectly mirror each other, but in reverse.

The greatest Pilot episode of all time..
15 years ago today. #LOST pic.twitter.com/JPb5Wtzdj9

Right at the beginning of the movie Airplane, a passenger enters a taxi. The driver tells him to wait saying he’ll be right back, but the driver actually winds up getting on a plane and not coming back. The story continues but at moments throughout the story when the writer assumes viewers had forgotten about the passenger in the taxi, he reappears, still waiting.

In Modern Family, just like with Lost, the first and last scenes are mirrored. In the last scene of the last episode, Mitch and Cam are on a plane with their new child, cream puffs in hand. The first scene of the series shows Jay and Gloria at their son’s football game, both struggling to get out of their chairs.

Surprise, bitch. I bet you thought you’d seen the last of me. pic.twitter.com/yY4DuxFG2J

In the series Arrested Development, “I’ve made a huge mistake” is the catchphrase that pops up again and again throughout the series. 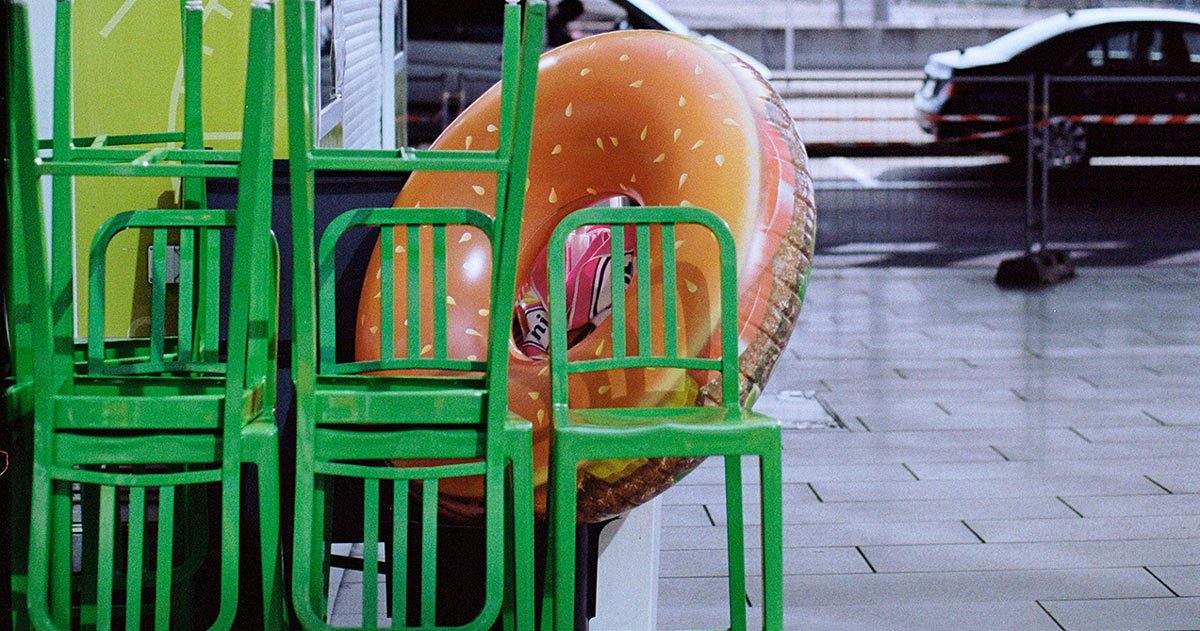 to the Image Series Challenge and

get your images featured!

So you liked ‘It’s A Sin’? Here’s a list of must-watch movies and shows on HIV/AIDS

Cinemas are slowly coming back, but if you’re still not sure you want to choose between popcorn munching versus mask-wearing—there’s nothing wrong with cosying up and staying home.

Okay. We’re starting with 1917, because if you haven’t watched it already, sit back down and cancel your plans for tonight. Directed by Sam Mendes, this is a film based on the harrowing true story of two British soldiers who, during World War I, embark on a terrifying mission through enemy territory to deliver a vital message to their fellow comrades on the other side.

Shot on multiple formats including IMAX, 70mm, digital, Christopher Nolan produced and directed the incredible tale of Dunkirk, the story of the evacuation of the Allied troops that took place during World War II. The movie portrays this evacuation from three perspectives: land, sea, and air. It follows the heart-wrenching bravery of soldiers that faced horrors with heroism.

This is the true story of Desmond Thomas Doss, played by actor Andrew Garfield, who won the Congressional Medal of Honor. Doss saved 75 soldiers in the Battle of Okinawa, one of the bloodiest battles in World War II, without using or carrying a weapon. This is a movie that will make you question all preconceived notions of what it means to fight for what you believe in.

A tale of love above all else, based on the book written by Vera Brittain, Testament of Youth shows how war was idealised by coming of age boys and girls that volunteered to fight in the first World War, and reminds us of what truly matters when faced with hard distance and change.

An adaptation of James Jones’ autobiographical 1962 novel, directed by Terrance Malick, The Thin Red Line is a cinematographic masterpiece. A group of soldiers face an unlikely battle at the Guadalcanal during World War II, where they fight all odds in order to survive. The film was nominated for seven Academy Awards, and is a must watch.

Based on the memoir of a former Sierra Leonean child soldier played by Abraham Attah, Beasts of No Nation depicts the rage of an African civil war that tears a family apart, it is a bleak vision of modern warfare. This film is utterly sobering, awakening and uncompromising. Written and directed by Cary Joji Fukunaga.

Directed by Steven Spielberg, Schindler’s List is at the top of many film buffs must watch lists. It is the true story of a German industrialist who saved more than a thousand mostly Polish-Jewish refugees from the Holocaust by employing them in his factories during World War II. Schindler’s List is often listed among the greatest films ever made.

Starring Nicholas Hoult, Sand Castle follows a young soldier’s introduction to war, as he enters the 2003 invasion of Iraq. Based on the true experience of the film’s writer, Chris Roessner.

Directed by Saul Dibb and based on the best-selling book by Irene Nemirovsky set during the German occupation of France in the 1940s, Suite Française tells the story of finding love in unlikely places, and how it is more powerful than law. Get your tissues ready.

Based on the autobiographical book The Pianist (1946), which is a Holocaust memoir by the Polish-Jewish pianist and composer Władysław Szpilman, and how he survived the German occupation of Warsaw and the Holocaust. A truly magnificent film in all ways, and a must watch.

So you liked ‘It’s A Sin’? Here’s a list of must-watch movies and shows on HIV/AIDS