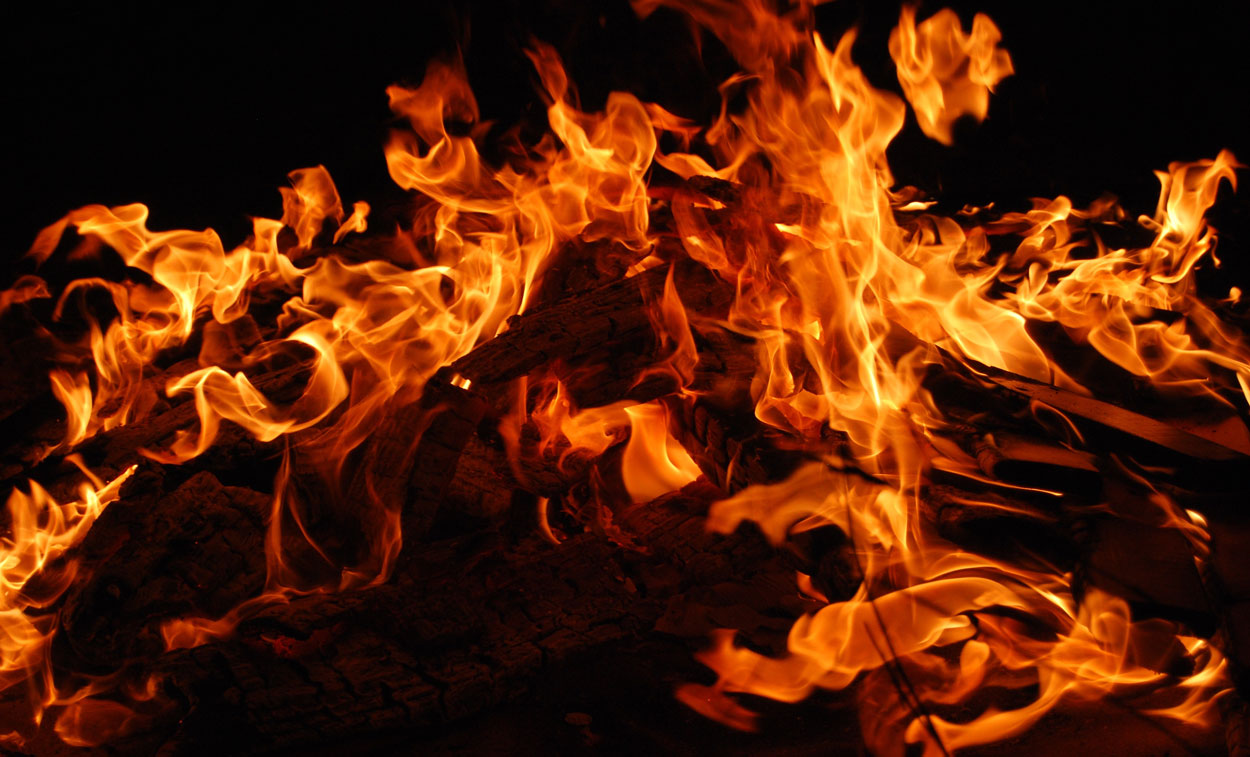 A man in California has confessed to intentionally burning two young children alive in an attempt to uncover a human trafficking and cloning ring involving celebrities like Stranger Things actress Millie Bobby Brown and her now-boyfriend Jake Bongiovi, police said.

As reported by ABC30, Filimon Hurtado, 29, allegedly admitted to burning his five-month-old nephew and 18-month-old niece alive, adding that he had no remorse for doing so. Talking to investigators working on the grim case, Hurtado explained that he didn’t regret his horrific actions because “this task is much bigger than myself.”

In May 2022, Hurtado started the fire at the children’s family home in Fresno. Firefighters responding to the blaze found the children’s bodies on a bed in the master bedroom. According to a Facebook post shared by the Fresno Police Department at the time, the victims were identified as Cataleya and Calyx Hurtado.

“When investigators interviewed the suspect, he made admissions to setting the house on fire because he wanted to kill everyone in the home. He had no reasonable explanation as to why he committed this horrendous act,” the post read, adding that Hurtado “did not have any prior criminal history.”

It was also noted that, during a conversation recorded in an ambulance, Hurtado explained exactly how he carried out the brutal murders. “I poured gasoline at the bottom of the door,” he said, per ABC30’s report. “I started the fire. [His sister] tried to put it out. She was acting very nonchalant. She didn’t know what was wrong. She was asking me what was wrong. I knocked her over and poured gas all over her body.”

Though he tried to set his sister—the children’s mother—on fire as well, she survived the attack and was left with extensive burns across her body. Hurtado also admitted to watching the children struggle to breathe as the room caught on fire. But things became even more shocking when police questioned the man on his motive.

Hurtado said he needed a more extreme spectacle than self-immolation to draw attention to a ring of celebrity human traffickers and cloners who, he claimed, abducted and victimised him in 2017. “Millie Bobby Brown and Jake Bongiovi, they both abducted me from the hookah bar,” he told investigators.

The Stranger Things star would have been only 13 years old in 2017, and her current boyfriend, Bongiovi, the son of rocker Jon Bon Jovi, would have been around 15 years old. It should also be noted that the two weren’t dating or ever seen together back then.

Hurtado told investigators that the duo “murdered me a few times” and “teleported me here and there.” He went on to state: “I’m not real. I’m really not real.”

The man seems to think that the entire ring is “tied to the occult.” A video to his YouTube page detailing his conspiracy theory only days before he set the fire echoes similar claims made by conspiracy groups like QAnon and its infamous Pizzagate and Frazzledrip theories, which involve celebrity human trafficking rings. That being said, it does not appear that Hurtado’s own theory is tied to any specific ideology.

Fresno Fire Department investigator Nathan Dansby told ABC30 that both of the children were dead by the time they arrived, and that they had suffered “a lot of heat damage on the top side of their bodies.”

On Monday 17 October, Judge Michael Idiart ruled that there was enough evidence for Hurtado to stand trial for the murders and arson. The district attorney has not yet determined if it will pursue a death sentence, should Hurtado be convicted.

On the other side, Hurtado’s defence team believes he will plead not guilty by reason of insanity. Sounds about right. 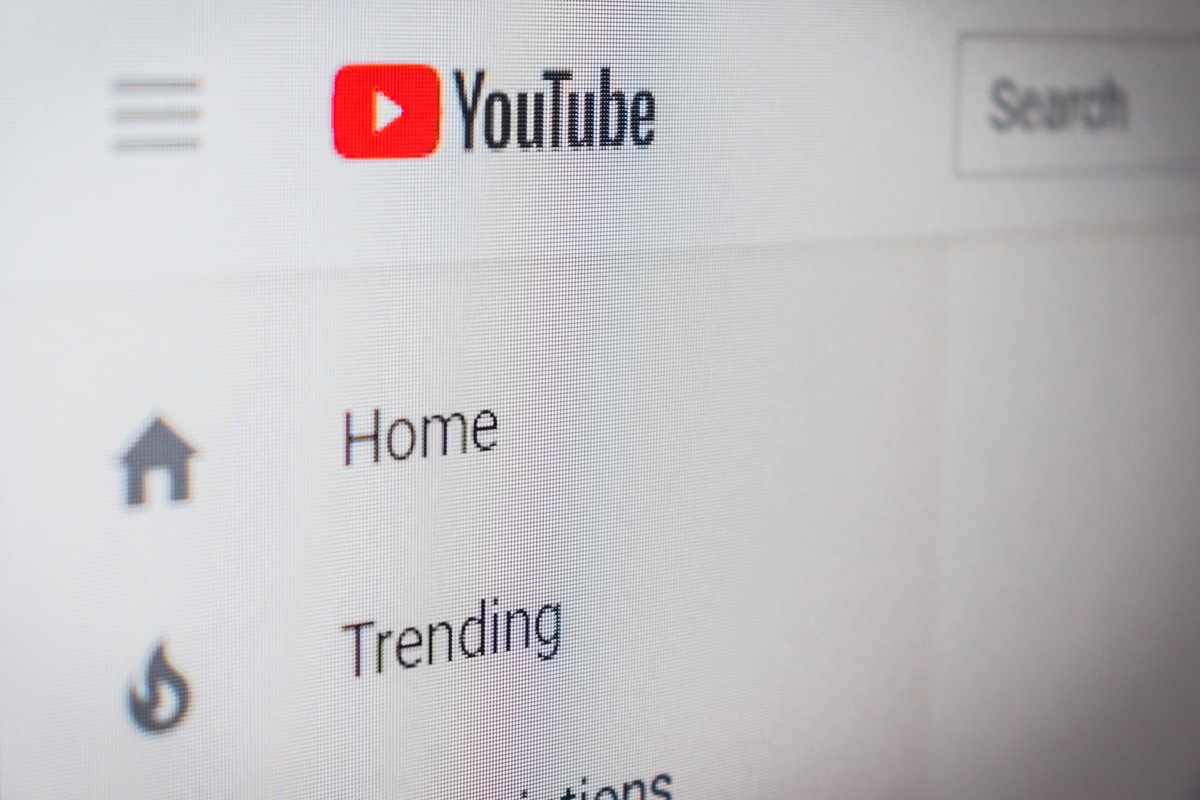 What is Frazzledrip? Everything you need to know about the fake conspiracy theory

YouTube is the gateway to almost any video content you can think of. From compilations of otters holding hands to outdated DIY documentaries speculating on whether Michael Jackson is dead or not, there are very few topics you won’t be able to explore on the video-sharing platform. And while gaining such access has undoubtedly made everyone’s life easier, the rise of YouTube has also helped the rapid spread of conspiracy theories. Among some of the most famous conspiracy theories is Frazzledrip, one that became so big it even got Sundar Pichai, Google’s CEO, in trouble. What is the Frazzledrip conspiracy theory about and how did it take over YouTube?

The conspiracy theorists behind Frazzledrip believe that Hillary Clinton and former Clinton aide Huma Abedin were filmed ripping off a child’s face and wearing it as a mask before drinking the child’s blood in a Satanic ritual sacrifice. Supposedly, the Hillary Clinton video was later found on the hard drive of Abedin’s former husband, Anthony Weiner, under the code name ‘Frazzledrip’.

Frazzledrip is just an addition to two other popular conspiracy theories: Pizzagate and QAnon. QAnon followers believe that a group of Satan-worshipping Democrats, Hollywood celebrities and billionaires run the world while engaging in paedophilia, human trafficking and the harvesting of a supposedly life-extending chemical from the blood of abused children. Of course, this satanic clique includes Hillary Clinton.

QAnon is actually basing all its beliefs on previously established conspiracy theories, some new and some a millennium old. One of them is Pizzagate, the conspiracy theory that went viral during the 2016 US presidential campaign, when rightwing news outlets and influencers promoted the idea that references to food and a pizza restaurant located in Washington DC in the stolen emails of Clinton’s campaign manager John Podesta were actually a secret code for a child trafficking ring.

While many politicians have shown questionable pasts, especially when it comes to paedophilia, it should be noted that the three conspiracy theories mentioned above are completely unfounded. There isn’t a video out there that depicts Hillary Clinton ripping off a child’s face or drinking blood, simply because no such thing ever happened. Yet, multiple conspiracy theories of the Trump era seem to believe that Hillary Clinton is a secret paedophile and murderer. And, up until the end of 2018, Frazzledrip videos had taken over YouTube completely. So what happened?

If you had typed “Frazzledrip” in YouTube’s search bar at the beginning of 2018, you would have found thousands of videos on Hillary Clinton’s alleged murder and child trafficking. Previous users from Gab.ai, 4chan and 8chan had also flocked to YouTube to share their views with users from these sites linking to YouTube more than to any other website—thousands of times a day, according to research from Data and Society as well as from the Network Contagion Research Institute, both of which track the spread of hate speech.

Now, while it remains possible if you’re willing to put some effort into it, finding videos about this specific conspiracy theory has become harder on the platform. That’s because, on 11 December 2018, while Google’s CEO Sundar Pichai was testifying before lawmakers in Washington about different matters, one lawmaker asked him about the way YouTube’s algorithms could be used to push conspiracy theories and highlighted how urgent it was for this problem to be regulated.

Congressman Jamie Raskin said, “The point at which it becomes a matter of serious public interest is when your communication vehicle is being used to promote propaganda that leads to violent events.”

Raskin added, “Is your basic position that [Frazzledrip] is something you want to try to do something about, but basically there is just an avalanche of such material and there’s really nothing that can be done, and it should be buyer beware or consumer beware when you go on YouTube?”

In other words, Raskin shed light on the fact that YouTube, which Google purchased for $1.65 billion in 2006, had a major conspiracy theory problem—and technically still does today, only not as much with Frazzledrip. And at the time, it looked like neither Congress nor YouTube were anywhere near solving it.

YouTube’s algorithm had an extremism problem

YouTube’s content algorithms determine which videos show up in your search results, in the suggested videos stream, on the homepage, in the trending stream, and under your subscriptions. When you go to the platform’s homepage, algorithms dictate which videos you see and which ones you don’t. Same applies when you search for something.

As common as this sounds in today’s digital world, YouTube’s algorithms had an extremism problem. Whether you were previously watching a right-leaning, left-leaning or even non-political video, YouTube’s algorithm would always recommend increasingly more extreme videos in order to keep users’ attention and push them to watch as many videos as possible.

As Zeynep Tufekci, an associate professor at the School of Information and Library Science at the University of North Carolina The New York Times in March 2018, the YouTube advertising model is based on you watching as many videos as they can show you (and the ads that appear before and during those videos).

Because of this algorithm, people who watched videos of Hillary Clinton and Bernie Sanders ended up being recommended videos featuring “arguments about the existence of secret government agencies and allegations that the United States government was behind the attacks of Sept. 11.”

Back to 2020, and while the problem has been slightly diminished, it remains present. It isn’t easy to balance a platform that claims to be for freedom of expression with societal responsibility. It’s not illegal to believe in conspiracy theories or to think that Michael Jackson didn’t die (he did) or that Hillary Clinton is a child-eating pedophilic cannibal (she’s not).

YouTube previously said in a statement, “False information is not necessarily violative, unless it crosses the line into hate speech, harassment, inciting violence or scams. We’ve developed robust Community Guidelines, and enforce these policies effectively.” Yes, YouTube’s algorithms have been tweaked slightly but changing the way they work altogether would be bad for business.

While explaining that YouTube takes problematic videos on a case-by-case basis, Pichai said “Freedom of speech is at the foundation of YouTube. As such, we have a strong bias toward allowing content on the platform even when people express controversial or offensive beliefs. That said, it’s not anything goes on YouTube.”

Yet today, Frazzledrip and Pizzagate on YouTube have simply been replaced by QAnon. Even though YouTube removes millions of videos on average each month, it is slow to identify troubling content and, when it does, is too permissive in what it allows to remain. We’ve seen the likes of 4chan, 8chan, 8kun and Voat make it to the top only to quickly crash and burn. What’s next after YouTube? Should we be worried?

Until we get an answer to this precise question, there is already something else we should all be worried about. The Pizzagate shooter reportedly had watched a YouTube video about the conspiracy days before heading to Washington from his home in North Carolina, telling a friend that he was “raiding a pedo ring… The world is too afraid to act and I’m too stubborn not to.” Let’s not forget that US citizens have guns, and most of them are not scared to use them—be that for the right reason or not.