Calling a man “bald” is now considered sexual harassment, a panel of three men in Sheffield has ruled. As some of you may have already guessed, each of the three judges overseeing the North Yorkshire tribunal suffered from hair loss themselves and concluded using the word ‘bald’ to describe someone is a form of discrimination. We’re speechless.

The ruling came to pass as a result of a case between a veteran electrician, Tony Finn, and the manufacturing firm where he was employed—the Yorkshire-based British Bung Company. According to The Guardian, Finn had worked for the company for almost 24 years when he was fired in May 2021. He took his employer to the tribunal claiming, among other things, that he had been the victim of sexual harassment after an incident with the factory supervisor, Jamie King, who is nearly 30 years younger than him.

Finn alleged that during a shop floor row in July 2019, King had referred to him as a “bald cunt.” The tribunal heard Finn was less upset by the “Anglo-Saxon” language than the part that touched on his appearance. The allegation resulted in the panel—led by Judge Jonathan Brain—deliberating on whether remarking on his baldness was simply insulting or actually harassment.

“We have little doubt that being referred to in this pejorative manner was unwanted conduct as far as [Finn] was concerned,” the tribunal found. “This is strong language. Although, as we find, industrial language was commonplace on this West Yorkshire factory floor, in our judgment Mr King crossed the line by making remarks personal to the claimant about his appearance.”

One of the judges pointed to the fact that baldness is more prevalent among men than women, making it a form of prejudice against the sex. And according to The Telegraph, the men also moaned about their own baldness during the hearing, comparing it to remarking on the size of a woman’s breasts.

“It is difficult to conclude other than that Mr King uttered those words with the purpose of violating [Finn’s] dignity and creating an intimidating, hostile, degrading, humiliating or offensive environment for him,” the judgment found. “Of his own admission, Mr King’s intention was to threaten [Finn] and to insult him. In our judgment, there is a connection between the word ‘bald’ on the one hand and the protected characteristic of sex on the other. [The company’s lawyer] was right to submit that women as well as men may be bald. However, as all three members of the tribunal will vouchsafe, baldness is much more prevalent in men than women.”

“We find it to be inherently related to sex,” the employment tribunal concluded. Finn’s compensation is yet to be determined. 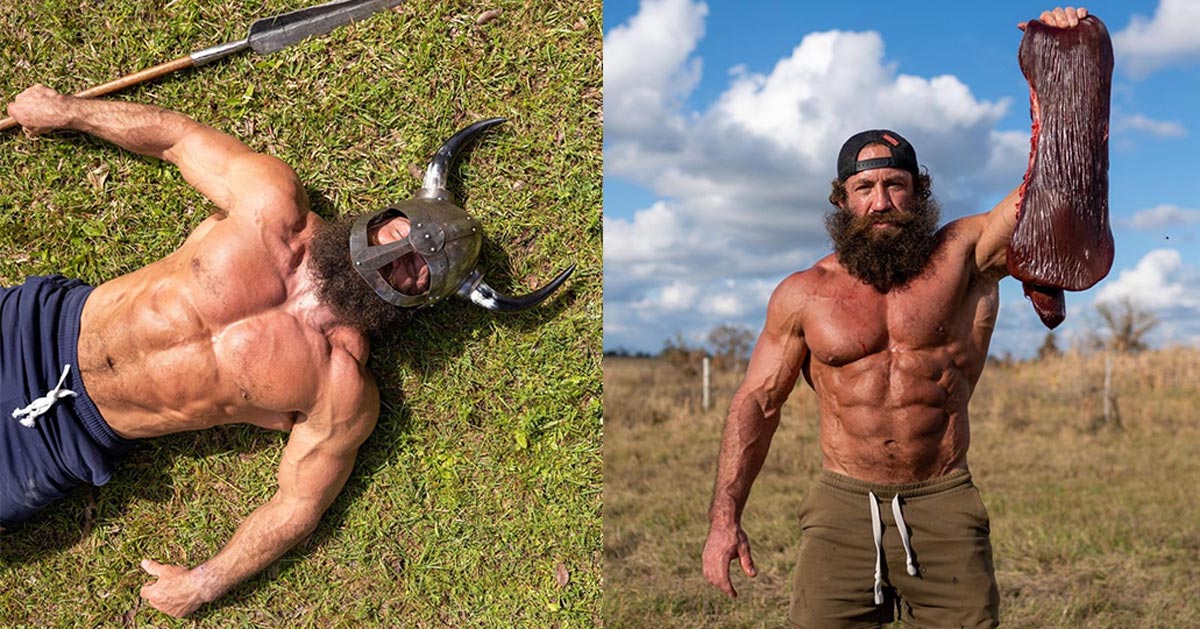 Meet Liver King, the man who eats a pound of raw liver a day to stay ‘masculine’

If you’re one of those individuals who, every time Monday comes around, are dreading their iPhone’s screen time weekly report, chances are you’ve heard of the ‘Liver King’. If not, don’t stress it, we’ll give you a quick run-through. The Liver King, real name Brian Johnson, is a 45-year-old influencer, supplement-brand owner, and self-titled “CEO of the ancestral lifestyle” who is best known online for his raw-organ meat diet and his, let’s say, bulging physique.

With 1.5 million followers on Instagram and 2.5 million on TikTok, it’s safe to say that, although his approach to healthy living is peculiar to say the least, the man has somehow managed to have an impact on netizens around the world. But what does the Liver King actually promote apart from eating raw meat, and what exactly does he risk salmonella infection for every single day?

To keep things short, the Liver King believes that the modern world has made men unconscionably soft and that the only way to change that is by living more like our ancestors. In order to accomplish this, the influencer recommends following his nine “ancestral tenets” (sleep, eat, move, shield, connect, cold, sun, fight, bond), undergoing the most intense workouts out there and, above all, eating more raw liver—the nutrient-dense meat favoured by, as his website puts it, “lions, great whites, and other wild alpha organisms.”

That’s exactly why the Liver King claims he eats about a pound of raw liver each day—a quantity that, according to a recent interview he conducted with GQ, he says is “way too much” for most organ novices, who should start with three ounces, two times a week. Unlike us mere humans, the content creator asserts he can manage the massive dose of folate, iron, and vitamins A and B because he understands the science behind it. As he puts it on his website: “I’m not a hospital, I’m not a doctor, this is not medical advice. I do, however, have a degree in biochemistry.” Surprising, we know.

Since joining social media in just August 2021, the Liver King has amassed an impressive number of followers, who he calls “primals.” On top of that, he’s also managed to get the attention of some of the internet’s most controversial celebrities, including YouTuber Logan Paul who had him as a guest on his podcast in April 2022.

As noted by GQ, even Succession’s Nicholas Braun reached out to the influencer for advice on buying blood in an Instagram comment posted under this post. Meanwhile, MSNBC anchor Chris Hayes tweeted in March: “Guys, Liver King is in New York City and I’m losing my mind.”

But the Liver King probably made the most headlines after he caught the eye of American podcaster Joe Rogan, who, during an April episode of his podcast, dismissed his claims about the supremacy of liver as a “gimmick,” saying “he has got an ass filled with steroids, is what that guy’s got.” The raw meat fanatic answered such accusations when speaking to GQ, saying, “I don’t touch the stuff,” instead adding that he’s “grateful to Joe Rogan for bringing me into his ecosystem” and that he’d love to go on the podcast someday.

But that’s where the plot twist comes in. Turns out, the Liver King’s unusual diet might not actually be that healthy at all. In fact, Marion Nestle, the Paulette Goddard Professor of Nutrition, Food Studies, and Public Health at New York University (NYU), told GQ that eating a pound of raw liver each day is dangerous because of Vitamin A toxicity. And Nestle isn’t the only one frowning upon the influencer’s eating habits.

“This diet suffers from a core assumption: that we know that all of our ancestors ate the same food,” wrote molecular biologist Jonathan Jarry earlier this year in an essay. “It lumps together populations that had highly varied intake of animal meat and it is based on incomplete knowledge we have of their eating habits. Moreover, there is accumulating evidence that high consumption of red meat predisposes to cancer, and the apparent absence of fruits and vegetables from the Liver King’s diet can create deficiencies in micronutrients, phytochemicals, and fibre.”

As Futurism further discovered, individuals who had a strong enough stomach to try the raw meat diet also criticised its claimed benefits. In a video titled I Ate Like LIVER KING For an Entire Week…i don’t feel so good shared by the YouTube channel Garage Strength, the host—who clearly looks like a beefcake who would be into this type of diet—concluded in his review, “There’s an established clear deception. His business partner… they’re in cahoots with each other. Everything they’re doing is marketing towards specific groups. I truly don’t believe our ancestors were true carnivores.”

The Liver King’s story is quite a sad one, if you really think about it. He is so worried about looking emasculated that he would rather go as far as to live off a diet that is anything but healthy. And we won’t even mention salmonella, because we’ve already had our fair share of gross mental images for one day…