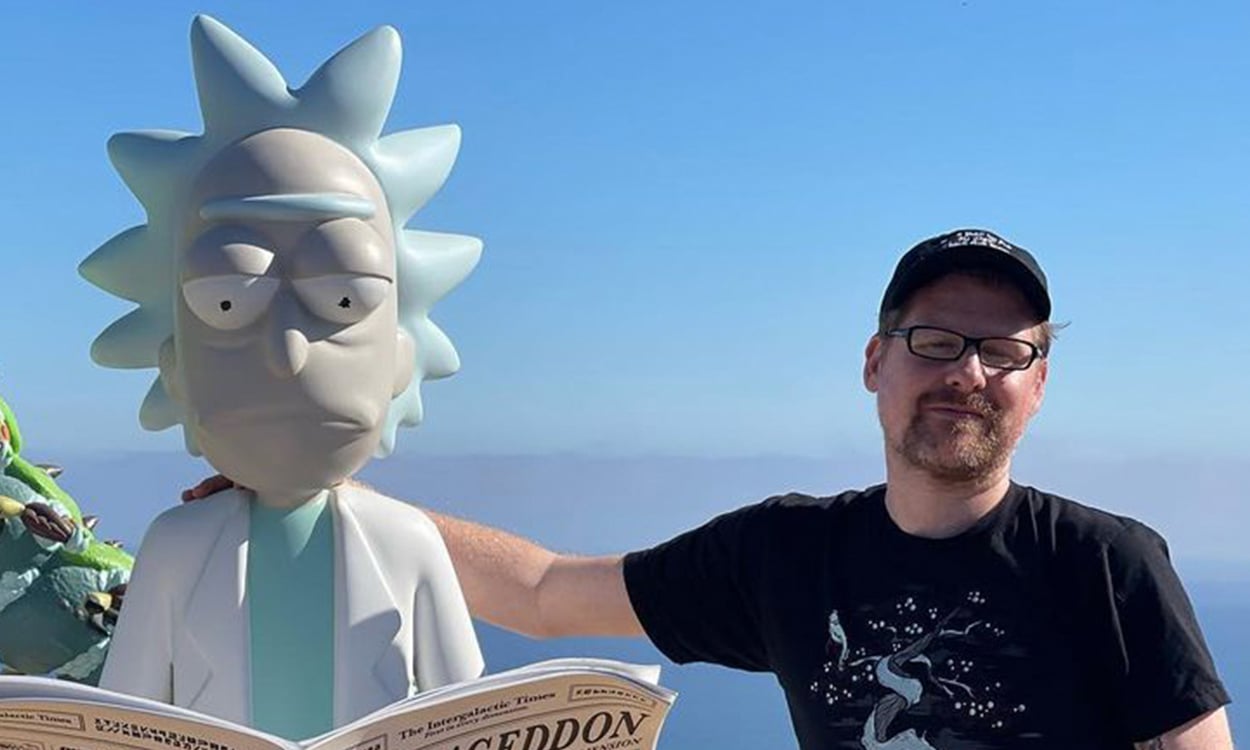 We’ve all shared a few laughs watching Adult Swim’s outlandish sci-fi comedy cartoon Rick and Morty, which follows the titular characters as they go on space-faring adventures that parody a huge backlog of science fiction clichés. The show rarely holds its punches and often treads a thin line between the boundaries of political correctness, a line that the one of show’s co-creators, Justin Roiland, seems to have crossed many times in the real world. News has been steadily surfacing about the showrunner’s conduct, particularly in regard to how his actions are not only emblematic of a persistent problem in showbiz, but also of one that’s reflected in his own show.

It was Thursday 12 January 2023 when things first began to circulate. Reports revealed that the increasingly controversial creator was facing domestic violence charges—stemming from an incident with a former girlfriend that took place in 2020. If found guilty,  Roiland could serve up to seven years in prison.

As reported by the BBC, the allegations against the cartoon creator were brought up by an anonymous Jane Doe who police say was in a “dating relationship” with Roiland at the time of the incident. The exact charges imply domestic battery with corporal injury and false imprisonment by menace, violence, fraud and/or deceit.

Of course, in classic fashion, Roiland’s legal team have vehemently denied any wrongdoing and assert that the District Attorney’s office will dismiss the case once it has gone through review. In the meantime, the Ricky and Morty creator has been ordered to keep at least 100 feet away from the accuser at all times and to not harass her. The case is due to resume on 27 April 2023.

DMgate begins: Creepy messages from Justin Roiland to Allie Goertz and an underage fan are leaked

If you thought that things couldn’t get much worse for the infamous voice behind the show’s headline characters, then you’re in for a surprise. Only days after it was revealed that Roiland is facing domestic violence charges, DMs between him and several women were leaked online, highlighting a creepy and sinister side to the critically acclaimed director.

The first conversation comes straight from the receipts of Allie Goertz, former MAD magazine editor and pop-culture musician. She first crossed paths with Roiland in 2015 after she created a Rick and Morty concept album. What followed was sexually explicit and racially charged messages from Roiland, which he inevitably tried to cover up by claiming he was drunk. Those who are squeamish, scroll past, because these messages are incredibly difficult to digest.

Goertz revealed that this unpleasant interaction completely turned her off Rick and Morty—insanely understandable. Of course, this was a highly upsetting situation, particularly considering the musician had devoted so much of her time to making a concept album for the show.

The next DMs come from a since-deleted Twitter post, which reveal sexually explicit messages from Roiland towards a minor. The language used in the messages are consistent with what we have seen of the creator in the past—reflecting a nasty pattern. Warning again: these ones are vomit worthy.

Even without context, the messages above are disturbing. However, the story becomes that bit more unsettling when you find out that the recipient was only 16 at the time. Not only is he creepily obsessing over her being “jailbait,” but Roiland even spouts racist jokes in an attempt to be funny—once again, heavily toxic and problematic.

Roiland’s gross attitudes were once again highlighted in a clip from an episode of The Grandma’s Virginity Podcast from 2011, where he detailed how he feels bad for victims of Chris Hansen’s famous To Catch a Predator, saying that the girls they lure the men in with have “fully developed” bodies, adding that “of course, I’m attracted to that.”

Another clip from the same podcast had Roiland saying: “100 years ago, it was little 13-year-old girls—if they were built like a woman, they were getting married and having kids. And now we’re going to be all Precious about it?” Yikes is the only word that comes to mind. Roiland clearly has a history with these sorts of attitudes and how they snuck under the radar for so long is unbeknown to us.

As upsetting as it is to admit, red flags begin to crop up when you revisit some of the cult show’s episodes—signs that point to Roiland’s disturbing sense of humour and problematic attitudes.

Ex fans that were shocked by the leaked messages took to TikTok to joke that Mr Jellybean—a giant anthropomorphic jelly bean that featured in an episode of season one—was actually a self-insert for Roiland himself. While the character appears innocent to begin with, things take a turn when Mr Jellybean  tries to sexually assault Morty. The scene is graphic,intense and heavily bothersome considering everything that has now come to light.

The show also included a number of instances depicting sexual interactions between characters described as minors—nothing overly graphic, but still oddly gratuitous. Moreover, some fans have also complained online about the hefty amount of incest jokes features in the series—it’s not a comforting theme.

We’re not out of the woods just yet. In 2018, the video game development studio Squanch Games—which Roiland founded back in August 2016—was sued for alleged sexual harassment, discrimination and wrongful termination, something that was kept as quiet as possible up until recently.

Although the accused isn’t Roiland himself in this case, this additional revelation clearly highlights the toxic environment fostered at a company run by the American voice actor. The lawsuit comes on behalf of designer Sarah Doukakos, who alleged she was harassed and belittled by then technical director, Jeff Dixon.

The case went on to state that Dixon repeatedly crossed numerous lines with Doukakos, through the giving of things like unwanted and unsolicited hugs, as well as repeatedly undermining her gameplay suggestions.

When the victim went to upper management with the worrying claims, she was dismissed and no action was taken against Dixon. The lawsuit went on to say that Doukakos was eventually fired as a result of her speaking up against the technical director, and that the termination was unwarranted.

The sixth season of the programme aired in September 2022, and another 70 new episodes have already been ordered. It is unclear whether the show will continue, at the very least in its current state. We’re sick of hearing about creators turning out to be slimy harassers, and although it pains me to say it, I’m sure Roiland won’t be the last.

On Wednesday 25 January, the official Adult Swim Instagram account shared the news that it had “ended its association with Justin Roiland.” That being said, the cartoon network also added that Rick and Morty would still be going on, with the rest of the crew already hard at work on season seven.

Meanwhile, Squanch Games also cut ties with its founder, but like Adult Swim, noted that it still plans on creating more video games.

According to NBC News, Disney-owned subscription streaming service Hulu has done the same, with Roiland having been dropped from his other cartoon, Solar Opposites, as well as the recently released Koala Man, a show that the disgraced voice actor was also an executive producer on.

Despite these big networks all taking a stance against Roiland, it’s doubtful that nobody knew of his conduct earlier. It seems like this was an easy way out for these companies—a chance to escape without admitting any culpability.

Fans will be happy to hear that Roiland’s various shows are planning to go ahead, although we wonder what shape they’ll take without him, given the integral part his many voices played in them. Who knows, maybe AI will lend a helping hand in replacing the creator? 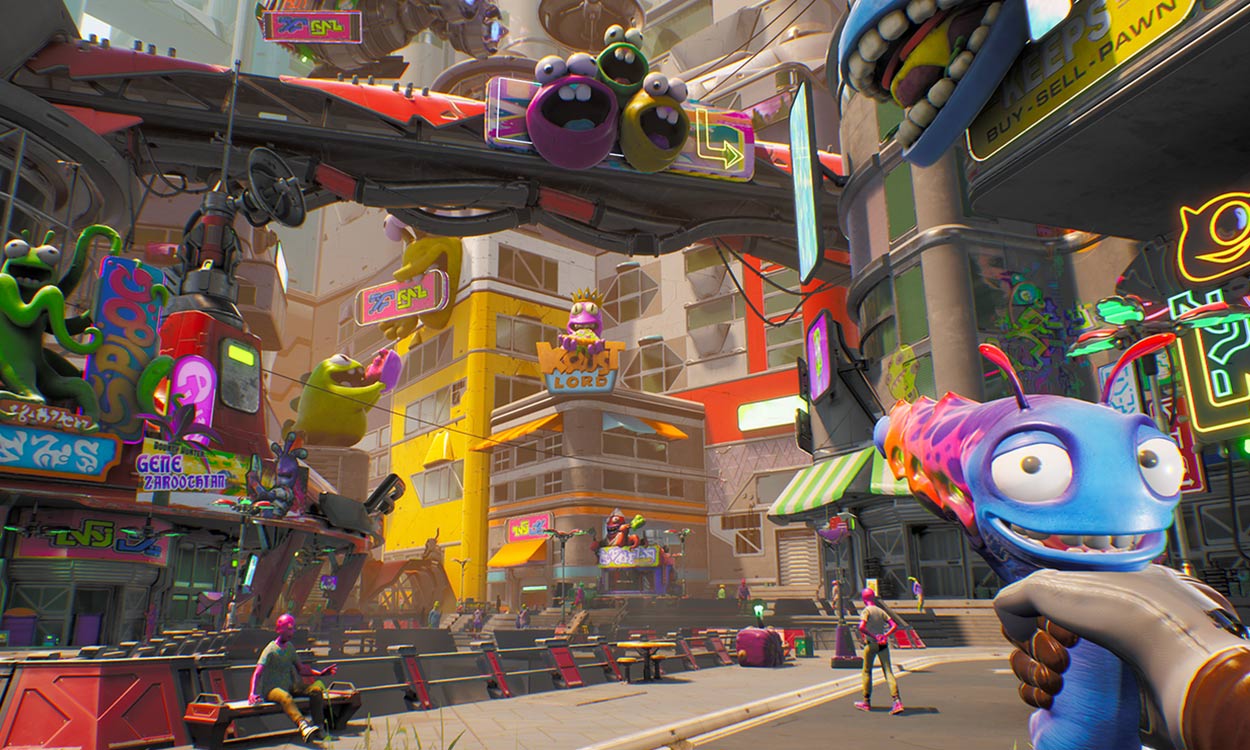 I’m no stranger to games, but the release of High On Life—the new game from Rick and Morty co-creator Justin Roiland—totally snuck up on me. The game is helmed by the man responsible for the titular character’s famous voices, and developed by his own studio, Squanch Games.

High On Life embarks players on a planet-hopping journey, where they pick up bounty contracts while taking down strange and fantastical foes who are—you guessed it—alien in nature. Though the premise might sound simple, Roiland’s added flavour of the game is that the weapons you use (four of them, to be exact) are sentient and feature fully-fledged personalities and voice lines.

Imagine an interstellar Call of Juarez, where you’re taking contracts to stop an intergalactic gang of aliens who want to get high on humans, and the guns you use have talking faces on the back and react with unhinged lines throughout the game.

Aside from the iconic voice of Justin Roiland himself, the game also features the talents of Curb Your Enthusiasm’s JB Smoove and legendary SpongeBob voice actor, Tom Kenny. With an all-star voice-acting cast like this and many more, the game is bound to be a treat for your ears.

How gaming differs from TV

In an interview with Sky News, Roiland delved into the obstacles that come with creating a narrative for video games, and how different it can be from working in the television industry. The nature of the former presents a much bigger challenge, “It’s like writing a TV show that people can reach in and knock things around,” he told the publication.

Essentially, gaming presents a more non-linear form of entertainment. Because of this, there’s room for “lots of fun narrative surprises,” Roiland added. “An encounter with a non-player character (NPC) is entirely different depending on what gun you’ve got out.”

Squanch Games lead designer Erich Meyr elaborated on the systems involved in making the game, explaining, “You have up to four guns and every single one of them has a different line. We had to control how wide we could go with it, and that we could even do it.”

Conceptually, it’s a very fun idea. The talking gun is an often under-utilised comedy vehicle in most video games—with the most notable uses of it in the past being the controversial 2009 action game Shadows of the Damned, and 2019’s Borderlands 3.

AI helped lift the workload of ‘High On Life’

During the production process of High On Life, developers leveraged the controversial artificial intelligence art model Midjourney. The tool helped the team paint an otherworldly background for the game, being used primarily for finishing touches.

It also helped developers come up with “weird, funny ideas” and Roiland shared his hopes of seeing these tools make content creation more accessible in the future. AI was even used to prototype character voices, with one actually having a very small role in the finished game.

While the potential for AI is staggering, the debate surrounding its threat to artists and those whose livelihoods depend on being employed for their skills must be addressed.

High On Life is looking to be a buggy yet decent pre-holiday filler, or potentially a great Christmas purchase for Rick and Morty enthusiasts—given the fact that it practically oozes with Roiland’s signature wit and style. The game is available now on Xbox Game Pass, or for individual purchase on Xbox Series X/S and PC.