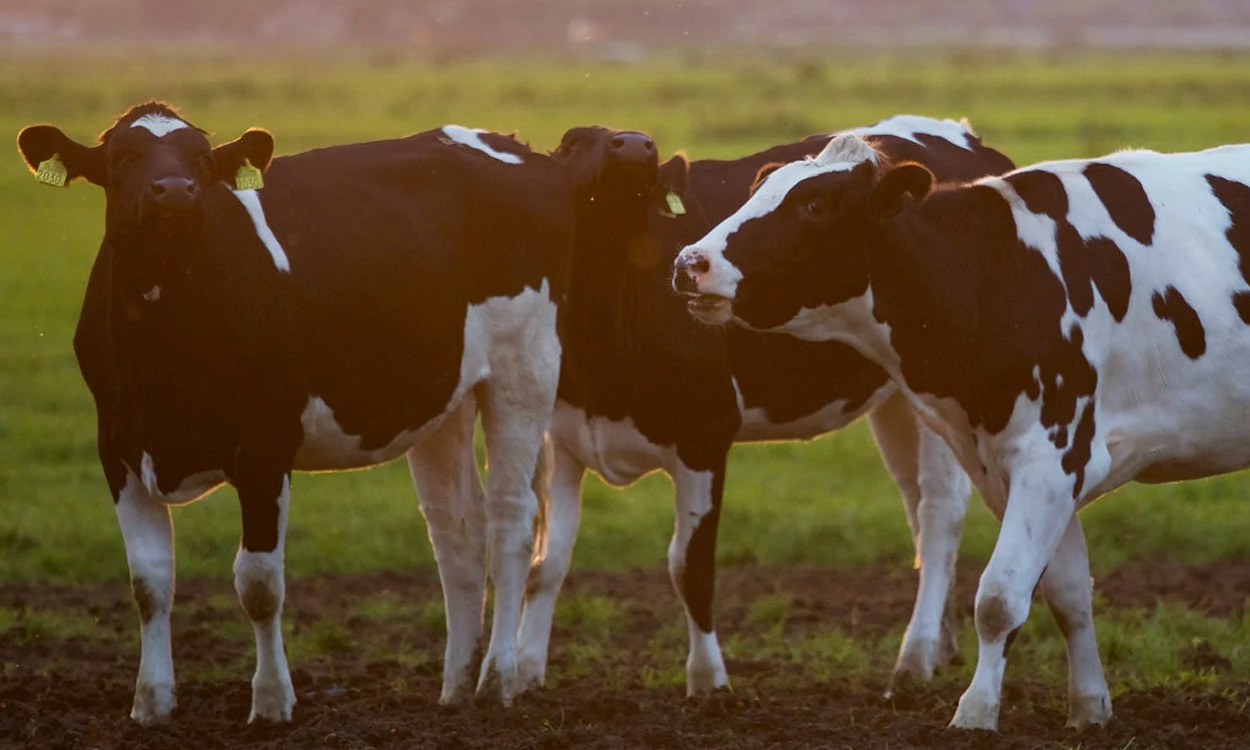 New Zealand’s latest plan to tackle climate change includes taxing one of the country’s biggest sources of greenhouse gases: sheep and cow burps—which have proven time and time again to literally gas our planet into extinction.

Announced on Tuesday 11 October 2022, New Zealand is set to be the world’s first nation to charge farmers for the methane emissions from the animals they keep. As of 2021, the island country was home to 6.3 million head of dairy cattle, 3.8 million beef cattle, 800,000 deer, and a whopping 26.8 million head of sheep. Now, that’s a lot of livestock for a country of just above five million humans.

This outsized industry is the major reason why almost half of the country’s total greenhouse gas emissions reportedly come from agriculture alone, mainly methane—which is also a huge contributor to global warming and air pollution. According to GHGSat, an environmental data company, digestive flatulence only accounts for a small amount of methane production via cattle (about 5 per cent). The majority 95 per cent is made up of both belching and expulsion through the nose.

Under the new proposal, all farms across New Zealand would have to track and manage their greenhouse gas emissions, and pay a levy according to how much they are pumping out—starting 2025. They could also earn credits for planting crops that sequester carbon, including trees. The government also stated that farmers should be able to recoup the cost by charging more for climate-friendly products.

The plan, put together by the ruling Labour government headed by Prime Minister Jacinda Ardern along with primary sector groups, was quickly condemned following its announcement. Federated Farmers, the industry’s main lobby group, said that the plan would “rip the guts out of small-town New Zealand” and see farms replaced with trees.

As noted by NPR, president of Federated Farmers Andrew Hoggard mentioned how farmers in the country had been trying to work with the government for more than two years on an emissions reduction plan that wouldn’t decrease food production.

“Our plan was to keep farmers farming,” Hoggard said. Instead, the expert explained that farmers would be selling their farms “so fast you won’t even hear the dogs barking on the back of the ute [pickup truck] as they drive off.” Meanwhile, opposition lawmakers from the conservative ACT Party stated that the plan would actually pull a 360 and increase worldwide emissions by moving farming to other countries that were less efficient at making food.

Although the pricing for the rate of emissions is yet to be finalised, the new proposal is part of the New Zealand government’s pledge to reduce greenhouse gases and make the country carbon neutral by 2050. Part of that plan also includes a pledge that it will reduce methane emissions from farm animals by 10 per cent by 2030 and up to 47 per cent by 2050.

According to Prime Minister Ardern, all the money collected from the proposed farm levy would be put back into the industry to fund new technology, research, and incentive payments for farmers. “New Zealand’s farmers are set to be the first in the world to reduce agricultural emissions, positioning our biggest export market for the competitive advantage that brings in a world increasingly discerning about the provenance of their food,” Ardern said.

NPR further noted that the liberal Labour government’s latest efforts can be traced back to a similar but unsuccessful proposal made by a previous Labour government in 2003 to tax farm animals for their methane emissions. At the time, the idea was met with similar backlash which led the government to eventually abandon its plans. 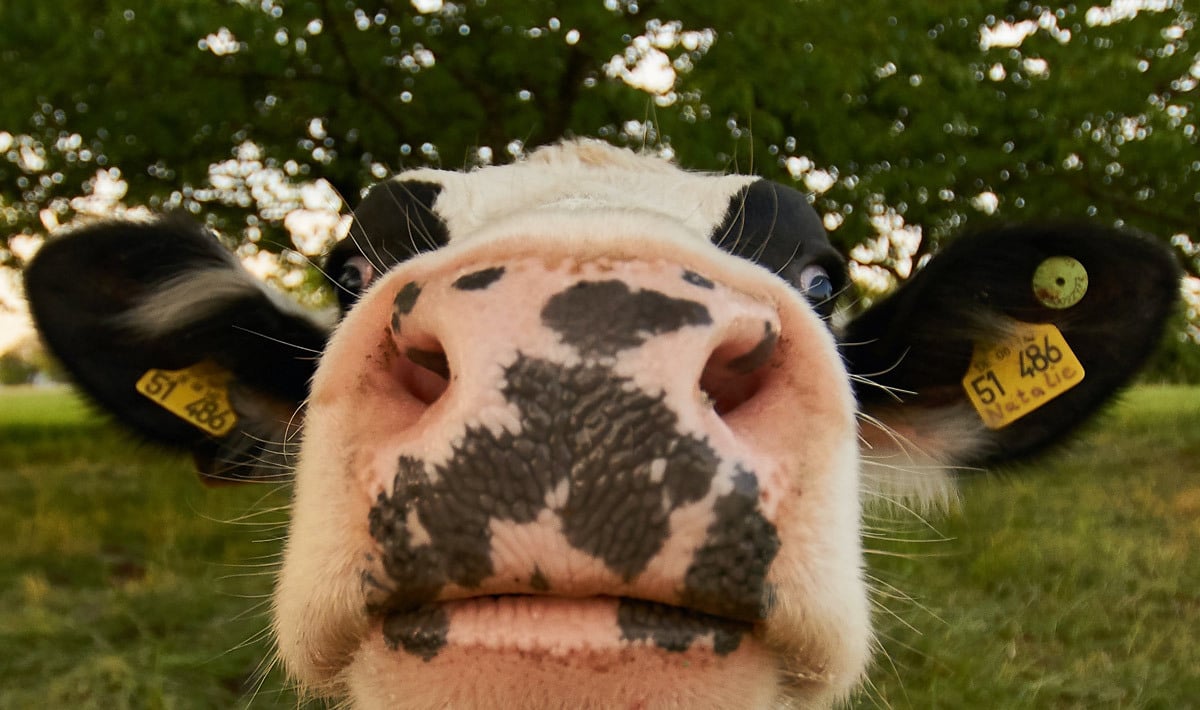 Forget farts, cows might actually be burping the planet into an early grave

Though the debate around methane production as a result of mass animal agricultural farming has been largely credited to great volumes of cow flatulence, it seems the main culprit is coming out the other end. For the first time in history, researchers have been able to actually measure the rates of cow burps from space and evaluate their contribution to global warming and it’s—you guessed it—quite dire.

The burps of California cows in San Joaquin Valley were measured while guzzling down their typical feed and recorded via satellite imagery for the first time, forming a clear visual of the impact of the industry on the planet. The methane emissions were discovered by GHGSat’s—an environmental data company—high-resolution satellites in February and disclosed this week as part of its news release.

According to the global emissions monitoring company’s satellite, methane expulsion from just the specific feedlot in California ranged between 443 kilograms (977 pounds) to 668 kilograms (1470 pounds) per hour on 2 February 2022. Following the data collected, GHGSat suggested that if such emissions continued uninterruptedly for a full year, the released gas from the lot would be enough to actually power 15,402 homes.

Such findings were not as easy to discover previously—due to the challenge of measuring flatulence, as it dissipates quite easily by the wind. However, due to advancements in technology, this has been made more feasible. “This has not been done at an individual facility scale for the agriculture sector, as far as we know,” Brody Wight, a GHGSat sales director, said in the news release. “The idea is that we need to measure first before you can take real positive action.”

Wight additionally told CNN that the company’s satellites fly over an appointed region for a brief 20 seconds, in which it is able to capture a rapid “snapshot” of the emissions. This could mean that, in the future, a “temporal picture” can be formed of the rate of methane—whereby changes (such as the impact of different diets) can be monitored.

The advancements made by the company have aided in exposing the real culprit of methane emissions, it’s not farts—as first thought—but burps. According to GHGSat, digestive flatulence only accounts for a small amount of methane production via cattle (about 5 per cent), the majority 95 per cent is made up of both belching and expulsion through the nose.

According to NASA, this is known as enteric fermentation, a digestive process whereby sugars consumed are converted into molecules to be absorbed—methane being created as a byproduct of this development.

This latest research is a progressive step in highlighting the specific causes of environmental impact and can better aid the creation of necessary solutions. A focus on discovering the root of methane production is imperative since it has been reported to have 80 times the warming power of carbon dioxide in the first 20 years it reaches the atmosphere. Although carbon dioxide undoubtedly has a longer impact, the short-term repercussions of methane warming cannot be ignored.

Though there has been contradicting evidence for which is the largest producer of methane—agriculture or the energy sector—the contribution of cattle to the entire ordeal cannot be left out of the loop. The very fact that there have been reports their methane emission is higher than oil and gas is worrying enough. Hoping its findings can aid the road to finding bigger solutions, GHGSat aims to step up the amount of satellite analysis it carries out—moving from once a week to daily scans, Wight noted in his statement. The company hopes to have a fleet of ten satellites by 2023.