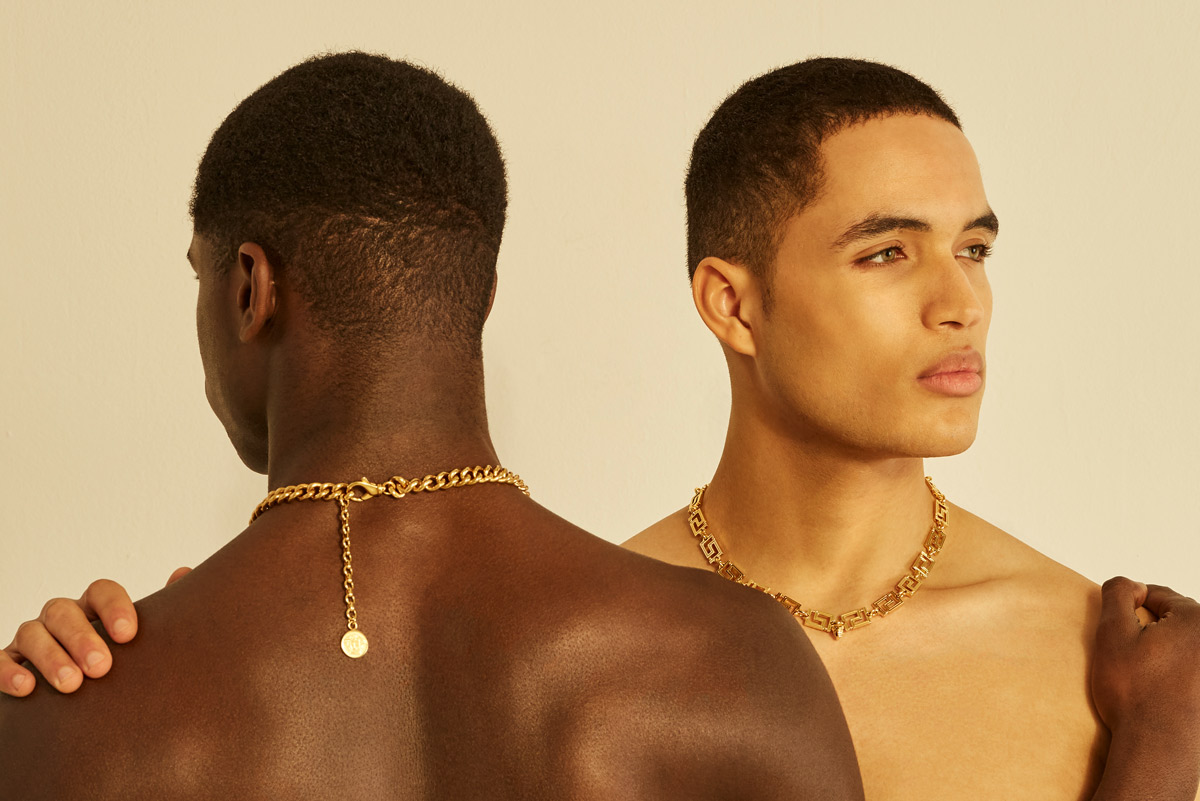 Love at first meme: find the one on this meme-based dating app

You know how the saying goes ‘nobody’s perfect’? When it comes to my relationship, the same life lesson applies—there’s one specific thing my boyfriend seems to lack: taste in memes. Don’t get me wrong, he gets why memes are funny most of the time, he just always seems to be two weeks late when he dares send me one. In most cases, I’ll either leave him on ‘read’ or if I’m in a forgiving mood, I’ll double-tap the link to add a little red heart on its top right corner. Bless his sweet little heart.

Now, if you can relate to my anecdote, chances are you’re into your memes. You might even have that same ‘meme superiority’ ego that I discovered I have myself. The mere thought of dating someone with a C- meme knowledge probably gives you shivers, but sadly, there’s not much you can do about that when using popular dating apps like Tinder or Bumble—straight-up breaking the ice with ‘How good is your meme knowledge?’ might be too intense.

But what if I told you that things have changed? From now on, you’ll finally be able to judge people on whether they’re dating material by comparing your tastes in memes to see if you’re a match.

Introducing Schmooze, the new matchmaking app that combines machine learning and memes to connect people based on what it calls a “humour algorithm.” Founded by Vidya Madhavan, who previously worked as an analyst at McKinsey in India, the dating app aims to target (mostly) gen Z users.

Speaking to TechCrunch about how Schmooze came to be, Madhavan shared how, growing up in India, she thought she might be “in the business of running a factory, given the power and influence of outfits like Tata Group, the Indian multinational conglomerate.” She graduated at the top of her high school class, nabbing a mechanical engineering degree back in India and, more recently, landing at Stanford’s business school.

Only her dreams of creating a more traditional business had already turned into something more—I’ll just say it—fun several years ago, as she was debating whether or not to attend grad school in California. TechCrunch explains that Madhavan reached out to ten people on LinkedIn who she could see attended renowned US business schools and hoped might be helpful. Only one of them replied, but over the next couple of days, she said, “We exchanged, like, 200 emails, all of them fundamentally jokes.”

And guess what? They’re now married. According to Madhavan, both shared a similar sense of humour, which initially brought them together, and on this realisation, she began playing with the idea of Schmooze, initially as a way to “foster new friendships.” It didn’t take her long to notice the importance gen Zers place on both humour and dating apps. Dates and lols, what else do you need, right?

Madhavan refocused the idea as a dating app for gen Z users (who already communicate largely with memes), and ta-dah, Schmooze was born. Until it’s big enough to properly deal with content moderation, a beta version of the app was launched in late summer with 200 Stanford students, which has since led to “more than 10,000 downloads around the US, with people swiping right (or left) to more than 5,000 memes,” writes TechCrunch.

But how does the app work? According to Schmooze’s website, after signing up and adding a short bio to their profile, new users just need to start swiping through memes for the app’s algorithm to build a humour profile based on their swipes and the interests mentioned in their bio. Once that’s all done, users will start receiving matches that have a similar sense of humour. Chats also open up with memes to spark conversation.

So far, Schmooze claims it has matched over 100,000 users. Of course, whether the algorithm truly works will take time to know. But the future of meme-based dating is looking bright—the dating app recently closed on $270,000 in seed funding from Ulu Ventures and others to improve its product. Meanwhile, it looks like the whole app’s concept was made for TikTok’s passionate (and meme-obsessed) audience. 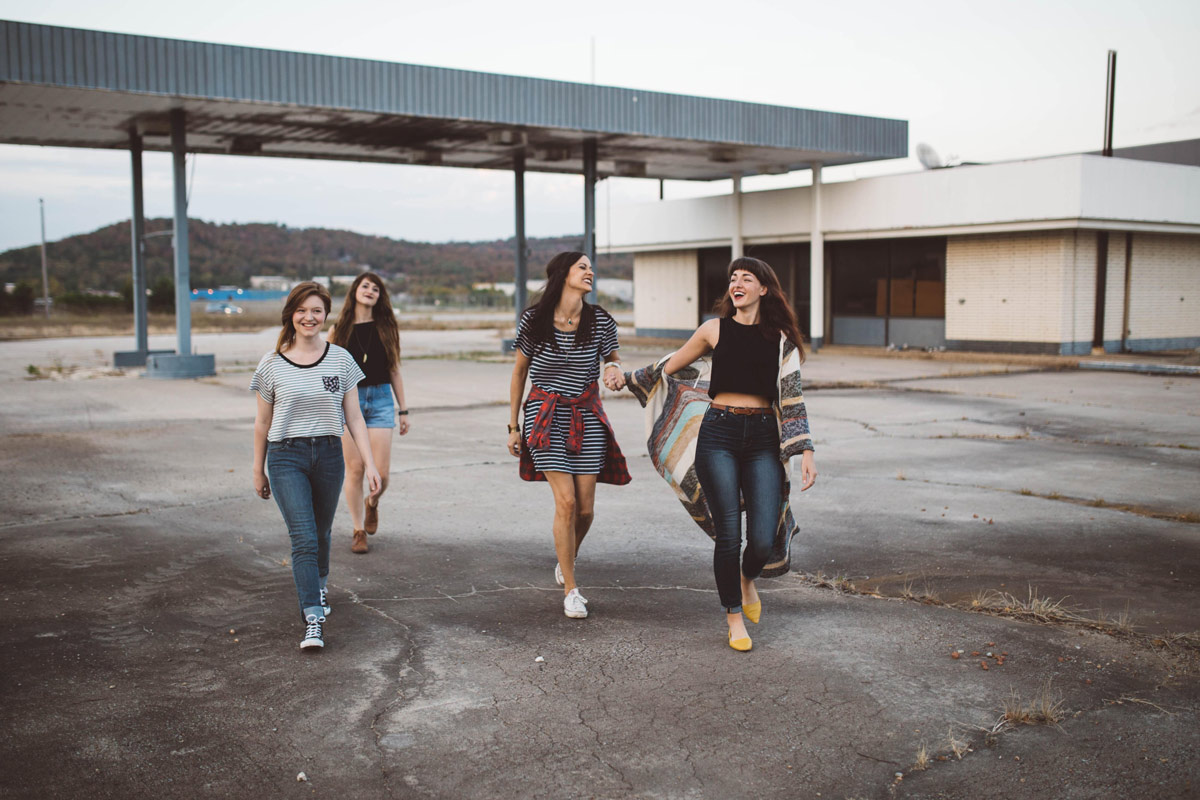 There’s a new app on the dating scene, and before you start with the typical ‘another one?’ question, yes, we always need more of these! Meet Fourplay, the double dating app that lets users team up with a selected friend and match with other pairs. The aim? To allow users to encounter twice the singles in half the time and never feel unsafe again. How does Fourplay work and where does the idea for this app come from? Screen Shot spoke to co-founders Julie Griggs and Danielle Dietzek to find out exactly what the app is all about.

A post shared by Fourplay – For Social Singles (@fourplaysocial)

Griggs and Dietzek are both healthcare providers practising primary healthcare in New York, one of the two cities where Fourplay is available for now, along with London. As a result of that, and although the dating app was first launched with its fun and sociable aspect in mind, the more they thought about it, the more they realised that yes, double dating is different, but it is also way safer than your typical one-on-one date with a near stranger.

After launching the app in October 2019, Griggs and Dietzek realised the magnitude of the problem when it comes to safety on dating apps—people, more specifically women, weren’t always feeling safe when meeting first dates through dating apps, for obvious reasons. This only strengthened the two co-founders’ idea that a double dating app might be able to solve this issue as smoothly as possible.

By incorporating their training as clinicians in order to make Fourplay as safe as can be, Griggs and Dietzek added extra features such as the ‘Cold Shoulder’ feature, which does exactly what it says. The Cold Shoulder lets you block, report, or simply ignore other Fourplay users. Why, you ask? As Griggs explained, “Maybe people don’t go on dating apps because they don’t want to see their ex on there, or worse, their dad!”

But extra features put aside, meeting two potential ‘targets’ with one of your best friends feels safer than meeting your most recent match on your own, right? So, if not for safety reasons at first, where was the idea for Fourplay born from?

A post shared by Fourplay – For Social Singles (@fourplaysocial)

While on a six-week rotation for school, Griggs went to New York to stay with Dietzek. Now think about it, when you’re an avid user of dating apps in the first place, having friends visit you always means that you’ll have to put your dating life on hold for the duration of their stay. And while there isn’t anything wrong with that, why not do both? Griggs and Dietzek hadn’t lived together since finishing university, and as happy as they were to spend time together, Dietzek also wanted Griggs to experience New York’s vibrant dating scene—and who wouldn’t?

Griggs was game, which resulted in them creating a combined dating profile explains Dietzek, “It consisted of only pictures of the two of us, and we wrote ‘swipe right if you and your awesome friend want to date me and my awesome friend’ and so many people responded.” People loved it, they started messaging the duo saying that they had just the right person in mind and creating group chats outside of the app. Soon enough, Griggs and Dietzek realised that not only had they found the key to meeting double the people in New York in half the time, but that this new approach to dating may well be a game-changer. Someone they knew said that they should make an app out of it, and Fourplay was born.

Fourplay’s philosophy is not only focused on helping users find their new romantic partner. The app is inherently social, meaning that whether you end up finding the love of your life through one of your arranged double dates or not, you’ll always come out of it having met many (hopefully interesting) people—something that can be extremely hard in large cities like New York and London.

“When we were brainstorming about what’s next for Fourplay, we highlighted the negative stigma that comes with being single—you’re isolated, and you become that person that doesn’t get to bring a plus one to your friend’s wedding. You get stuck in your own category,” shares Griggs. “It shouldn’t feel that way,” she continues, “being single is not inferior to being in a relationship. We just want people to connect and feel included. You can go on a date and find love, great! Or maybe not, but you can also find a friend or even someone you could have a business relationship with! There is a lot that can come from a Fourplay match.”

According to the two co-founders, many users, or teams as they’re called, have their preference settings open to anyone, meaning that they’re in it for the social connections, not only the romantic ones. When both teammates agree on a match—the interest has to be unanimous in order to create one—the double date gets organised, and then what? While it would be easy to assume that each duo has to come ‘prepared’ with an assigned date in mind, Griggs and Dietzek wanted to shake things up a little.

“There shouldn’t be a predetermined expectation, if you go into a date saying ‘I’m going to have this person and you get the other one’ then you’re almost forcing chemistry, otherwise your date is going to be pretty awkward,” argues Dietzek. In order to take that pressure off, Fourplay lets users find out whether there is any chemistry by themselves, making double dating with two strangers suddenly less panic-inducing than it sounds.

Fourplay pushes users to grow and challenge their relationships, both with new encounters and long time friends (your teammate), by giving them free reign over who they agree to meet. Imagine your teammate matched with another duo that you haven’t seen. The app will let you know that your friend already liked this specific team, so it’s now up to you to decide whether you want to go on this double date. Of course, if you have no interest in this team, you can swipe left and select the ‘no, I’m selfish’ button.

But Fourplay will prompt you to think twice about the date and your friend’s potential crush. Who knows, you might take one for the team, click on the ‘fine I’ll be the wingman’ button, and your friend might fall head over heels.

So, if you’re up for meeting twice the singles in half the time now that lockdown restrictions are being eased once more, why not download the double dating app, either from App Store or Google Play depending on your smartphone. The more, the merrier, as they say—and we all have a lot of catching on that part before the end of 2020. Bonus? Fourplay will give you an extra ego boost for being a good friend. It’s a win-win situation. I’ll see you on that double date.