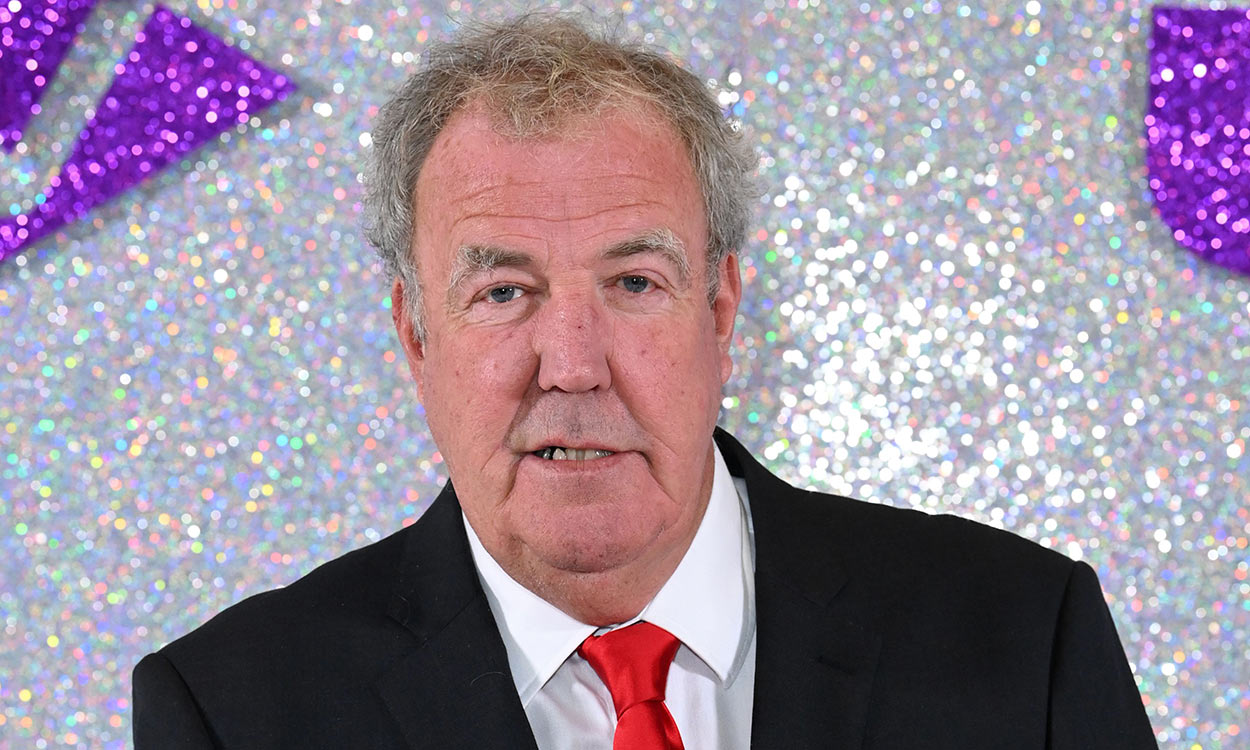 When one thinks of English broadcaster, journalist, game show host, and writer Jeremy Clarkson, the first thing that comes to mind is the motoring programme Top Gear, or perhaps The Grand Tour. But over the years, the presenter has also made headlines for the numerous times he has said controversial and highly problematic things.

The most recent example of Clarkson’s vile thoughts came in the form of an article published on Friday 16 December 2022 in the British tabloid The Sun, in which he wrote two paragraphs about the Duchess of Sussex, Meghan Markle, and what he’d like to do to her.

In a manner that many have compared to fellow bigot Piers Morgan, Clarkson started his abusive rant by stating that he loathes Markle “on a cellular level.” He then wrote about how he dreams “of the day when she is made to parade naked through the streets of every town in Britain while the crowds chant, ‘Shame!’ and throw lumps of excrement at her.”

In what could be seen as a poor attempt to back himself up, he added: “Everyone who’s my age thinks the same way.” As expected, Clarkson’s comments have since drawn widespread outrage and condemnation. Comedian John Bishop tweeted that the remarks were a “blatant appeal to incite humiliation and violence on a woman.”

Even the presenter’s own daughter, Emily Clarkson, who hosts the Should I Delete That? podcast was praised by many on social media for an Instagram post that was captioned: “I want to make it very clear that I stand against everything my dad said about Meghan Markle and I remain standing in support of those who are targeted with online hatred.”

Among the wave of backlash which flooded the internet after the article came out, many were quick to point out that the very fact that Clarkson can write things like this—words that will only incite more violence and hate towards the Suits actress—and publish them unashamed, confirms that Rupert Murdoch has truly poisoned and rotted our public life.

It’s also no coincidence that the column went to print only a day after the final instalment of the six-part Netflix docuseries Harry & Meghan was released on Thursday. Among other things touched upon in the series, which was mainly made of exclusive interview footage with the couple, the racism the actress faced—both from the British media and the royal family itself—was probably the one that resulted in the most controversy online.

Commenting on Clarkson’s words as well as what had been shared in the Netflix docuseries, social activist and chief executive of the Five Foundation, Nimco Ali, tweeted: “A young Black woman opens up about her struggle with suicidal thoughts as a result of the abuse she got from the media, and this is how some men in the media react. This is absolutely horrific.”

Markle hate train aside, in 2009, Clarkson told Top Gear magazine that “the problem is that television executives have got it into their heads that if one presenter on a show is a blond-haired, blue-eyed heterosexual boy, the other must be a black Muslim lesbian. Chalk and cheese, they reckon, works. But here we have Top Gear setting new records after six years using cheese and cheese. It confuses them.”

A year after this gem of self-praise, he announced that, according to his ‘expert’ opinion, “the burka doesn’t work.” How did Clarkson come to this conclusion, you wonder? “I was in a cab in Piccadilly the other day when a woman in a full burka crossing the road in front of me tripped over the pavement, went head over heels and up it came, red G-string and stockings,” he told Top Gear viewers at the time.

From more racist and discriminatory statements to insulting the iconic and beloved George Michael, Clarkson’s list of problematic moments is a long one—and sadly, it seems like it’s only going to extend as his weekly column for The Sun carries on platforming his “tongue-in-cheek views.” 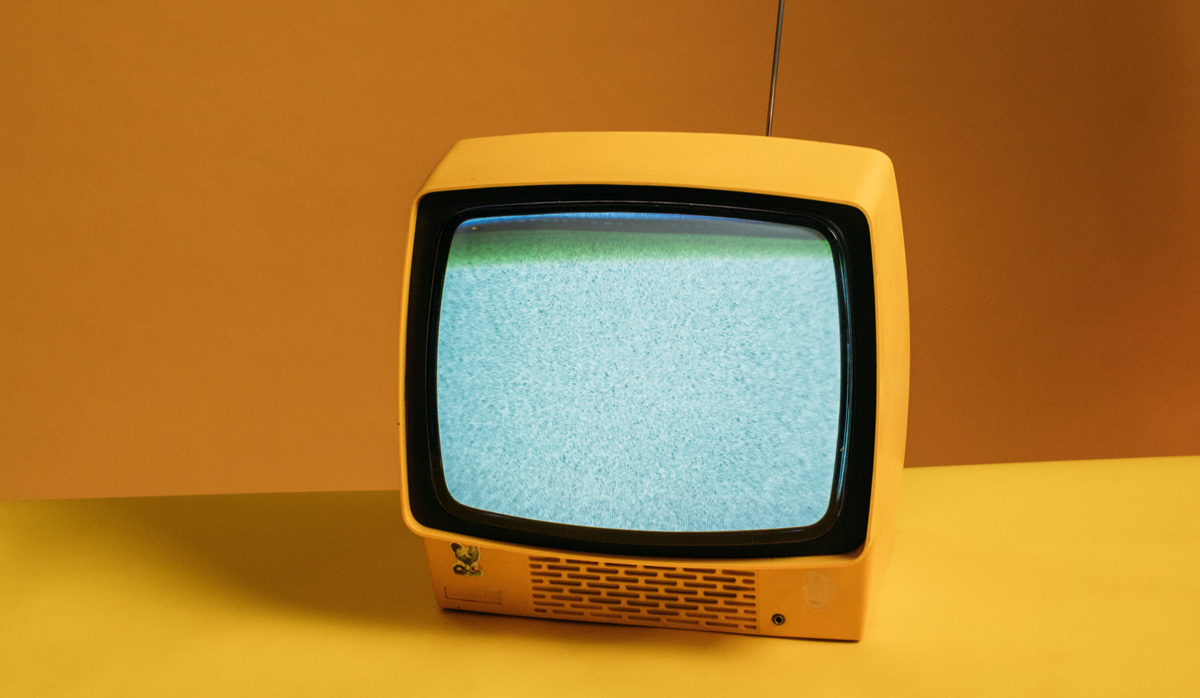 From Piers Morgan to Jeremy Kyle, why TalkTV’s line-up won’t save it from a ratings flop

Last week saw the launch of TalkTV, Rupert Murdoch’s new far-right news channel, although I’m sure it would describe itself as ‘moderate’ and ‘merely straight-talking’. Like GB News before it, TalkTV promises to be anti-woke, to upset the snowflakes and generally court controversy. What this actually means—beyond being contrived, reactionary and pretending to be critical of the government while generally supporting their politics—is anyone’s guess.

The big launch event was Piers Morgan’s exclusive and groundbreaking interview with Donald Trump, one that had been repeatedly teased over Twitter with insinuations—rebuffed by the former US President—that he had walked out, something Morgan is perhaps more famous for.

I have to admit, I haven’t seen the interview. I didn’t think it would present anything new but, rather, be a mutual ego-stroking with some supposedly provocative questions and vague, incoherent answers. I do know, thanks to coverage elsewhere, that they managed to chat about a mutual fascination: Meghan Markle, who apparently lives rent-free in both of their minds.

Morgan—and the rest of the team from TalkTV—were keen to compare their viewing figures to the same slots on Sky News and the BBC News channel. Compared to BBC News at 10 or Channel 4 News, however, or magazine news shows on any of the terrestrial channels, the numbers pale in comparison. BBC News got 2.7 million, ITV averaged 1.6 million, and Channel 4 reached over 700,000.

Gary Lineker—who regularly engages in Twitter spats with Morgan—was quick to point this out, and his tweet proved far more successful, too. Despite 7.9 million followers, Morgan often gets just a few hundred interactions with his tweets. I’m sure he blames the algorithm and celebrates Elon Musk’s anticipated and imminent anti-woke reworking, whatever that might entail.

By the second half of Morgan’s interview with Trump, the channel had lost around half its viewers. And Piers Morgan Uncensored had, by Wednesday 27 April, lost half again, peaking at only 123,000 viewers. Producer and author Richard Osman pointed out that a repeat of Flog It! at 5:15 pm on BBC One got 560,000 viewers.

Positive coverage was almost exclusively from right-wing outlets, including other Murdoch-owned UK newspapers such as The Times. And while the Trump interview spawned a number of clickbait news articles, the major headlines and front-page splashes were from The Sun, another Murdoch outlet.

And what about TalkTV’s major rival, GB News? The launch was, undeniably, much more successful, with no technical hiccups and a production value in keeping with the intended brand. The comparisons have already come thick and fast, too. With the exception of Morgan’s 8 pm to 9 pm slot, though, GB News remained ahead in terms of viewing figures on TalkTV’s opening night, with almost three times as many viewers between 9 pm and 10 pm.

Should GB News be worried? I think so. However, when the presenters and so-called talent behind each channel argue online and take cheap shots at one another on social media, they’re clearly showing that they are fighting for the same, limited audience. Julia Hartley-Brewer, Piers Morgan, Richard Tice, Nigel Farage, Dan Wootton, Neil Oliver—they are all largely indistinguishable in their opinions and political affiliations. And GB News has been haemorrhaging its top tier talent for months now since Andrew Neil quit acrimoniously.

Or might the two coexist peacefully? For example, how many people read both The Sun and The Daily Mail, online at least? (Incidentally, Morgan used to write for the latter and now writes for the former, also owned by Murdoch.) People will surely pick and choose, but will this be enough for self-sustaining ad revenue, which both channels rely upon?

Media analysts at Enders Analysis have said that the channel’s future is already financially uncertain, noting that TalkTV is “unlikely to achieve the viewing levels required for stand-alone profitability in the midterm” but with influence, thanks to social media, that is “disproportionate to its viewing levels.” Will syndication and YouTube adverts end up subsidising the primary outlet? Additional viewings slowly racked up on YouTube, social media, and internationally—with the same show, Piers Morgan Uncensored, also broadcast in the US on Fox Nation.

An exclusive interview with a former president of the US averaged only 317,000 live viewers. Surely by any sensible metric, that would be considered a failure. That works out as a 2 per cent share of all television viewing. The audience peaked at 397,000, with many merely curious and, it would seem, unconvinced by the new offering.

Live broadcast TV seems like an inopportune model for their aims, yet this is precisely where these channels have decided to locate themselves. Is it simply that those at the helm believe in the old fashioned value and status of broadcast media? They seem determined to take on BBC News, but who fastidiously watches their dedicated news channel? Isn’t it mainly for waiting rooms? Neither channel will ever get close to BBC News at Six or Question Time, so why waste so much money trying?

Is this going to be the British Fox News? No, I don’t think that’s possible. Can an ouroboros of outrage really sustain itself? And where next, after interviewing a president who seems unlikely to return? I doubt Obama would be interested. As Charlie Higson noted, how will they top such a booking, “to keep up those figures surely you’re going to have to keep getting bigger and bigger stunt names in to interview. Who have you got lined up next? God?”