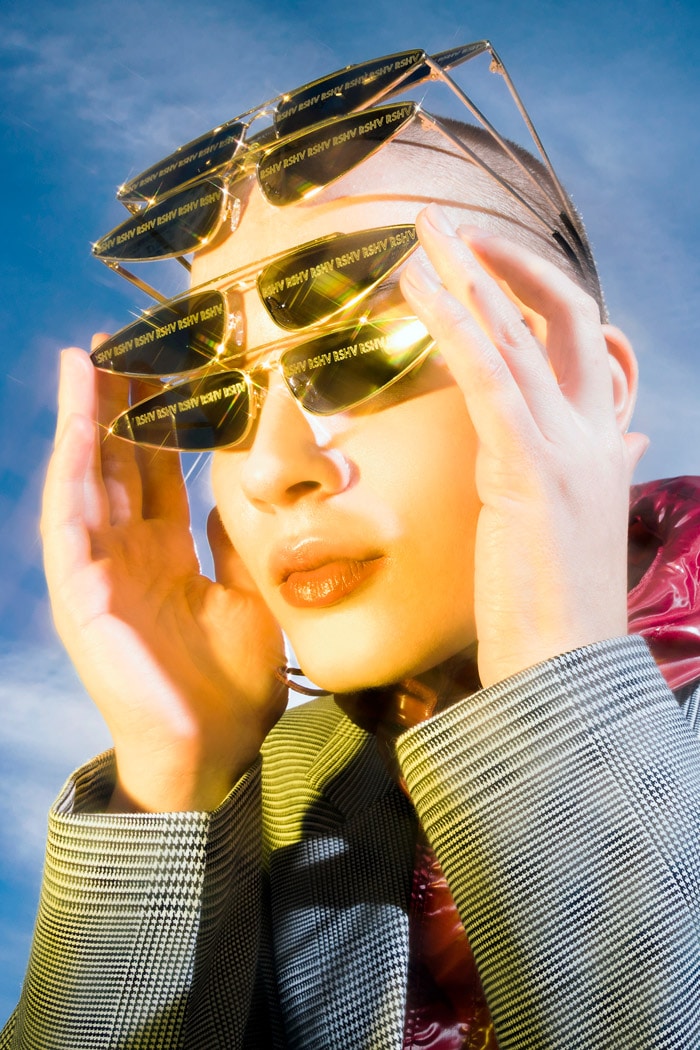 Beauty gurus are highly influential in today’s cosmetic world, with platforms like Youtube and Instagram democratising and disrupting the beauty industry. How and what is selling is no longer only up for the teams of cosmetic companies but influenced by online makeup tutorials; more subscribers for them means brands will take notice. For example, as many have rightly called out brands for a lack of foundation shade ranges it was partially thanks to these YouTubers that the world of makeup has finally listened and is in turn diversifying.

But beneath the ‘Boyfriend does my makeup’ and ‘Which brushes do I love right now’ lies a murkier world of rival fan groups, scandals and racism. I’m sure we can agree a lot has changed since beauty YouTubers just did makeup tutorials. Online beauty gurus are being abandoned by followers in the thousands as online archives are being unearthed and leaked by some of the youngest generation of subscribers on YouTube. Using the follow and unfollow feature as a form of currency and amusement between rival groups, these digital tribes have very few restrictions and rules when it comes to expressing their views online. While the freedom to use this feature is a user’s prerogative, in mass it can lead to an aggressive form of mob mentality and cyberbullying when taking justice into their own hands.

The latest target Laura Lee, thick Alabama accent and heavily contoured face, had gained herself just short of 5 million subscribers for her channel. Lee was starting to be a real force in the industry, having her own line of cosmetics ‘Laura Lee Los Angeles’. But after a series of racist and fat-shaming tweets were uncovered from six years ago, she lost over 400,000 followers while many brands started to drop her and she has not been able to bounce back since. Another high profile instance involved YouTuber Jeffree Star, who has a 10 million follower count and loyal army of ‘stans’ (stanning meaning a very intense way of following somebody online). Star has a successful cosmetics line but for older fans he’ll be remembered for his music and famous Myspace persona. However in the hight of his career, rival fans found an old video from his early Myspace years where he talked about throwing battery acid on a black girl’s face to lighten her skin so that her foundation matches. Star was forced to confront his past and shared a lengthy apology video were he corrected his mistakes, leading to a debate around whether fans can forgive such behaviour.

You see YouTube drama is big business and channels like ‘Tea Spill’ are dedicated to getting to the bottom of scandals with an extensive collection of screenshots, past posts and fan conspiracy theories. The same type of drama and gossip that once sold magazines is now being echoed in a very particular sect of YouTube culture.

It seems that in the world of beauty influencers on YouTube, no one is immune to controversy, with rival fans on either side finding old videos or tweets that expose offensive or racist content. But the stans can be forgiving at times. At this point apology videos are a right of passage for any YouTuber; say something problematic and then respond with a sincere and heartfelt video and you’re as good as new. How well this is performed seems to determine whether the fans will buy it or not. The admired frankness and will to share personal details about their lives is what draws these fans in and it is the relationship to these creators that seems more intimate and personal than any other celebrity fan base before, perhaps because of the perception of authenticity through the journey of the self-made YouTube star from humble beginnings. The question we should be asking however is just how authentic are they?

YouTube is an expansive and diverse community and being a role model for millions of kids on the platform, who spend their time obsessing over these videos, surely means accountability is a must. These feuds also bring up questions about what online archives mean, with every thought documented and stored from our past online selves, can we forgive these transgressions or should the creators be forever cancelled like in the case of Laura Lee?

Perhaps another more important question is how much time are brands and sponsors willing to spend doing research into the YouTubers’ pasts before they thrust them into the spotlight and does this fall under brand responsibility? Beauty influencers today are changing what it means to be a public figure, their income relies on how many subscribers they have gained for their channels and once the transitions are made to full-time professional YouTuber, surely they must be subject to the same rules of working within any industry, which involves being held accountable and learning from past mistakes. Sometimes we forget about that part; that while these YouTube influencers should be held accountable for offensive behaviour, the brands that sponsor them should be equally charged. And in fighting against oppressive behaviour with a twitter witch hunt of cancelling and shutting down discourse, we may end up replicating the same harmful cycles without any real sign of progress within these platforms. 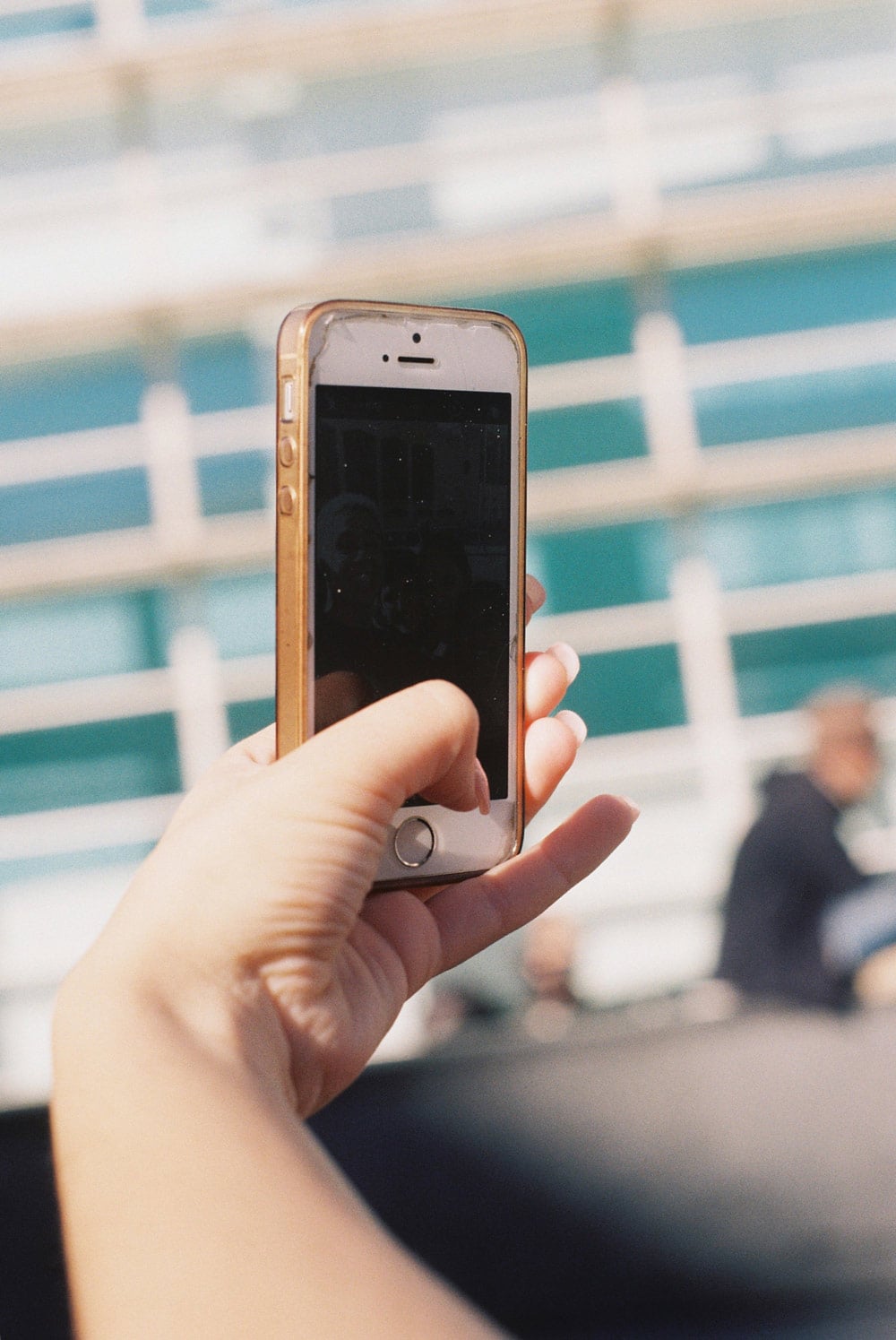 How TikTok is quickly becoming the number one social media app

For a great many of us, the prospect of a world without Instagram or Facebook is simply inconceivable. It is easier to imagine a reality in which oxygen is no longer free than to picture one in which likes and Stories are nonexistent. But the surging popularity of a new Chinese app called TikTok may be signalling the twilight of the Facebook app dynasty (including Instagram and Messenger) and the rise of a new ruler of the social media realm. In 2018, TikTok’s download rates surpassed those of Instagram and Facebook, and have continued to rise in the past few months throughout the U.S., Europe, and Southeast Asia.

TikTok is one of the most recent creations by ByteDance—a Beijing based tech company that produces machine learning-enabled content platforms. TikTok’s first incarnation emerged in 2016 in the form of Douyin—a media app for sharing and creating videos exclusively for the Chinese market. In 2017, ByteDance merged the Chinese app Musical.ly (which was highly popular in the West) with Douyin to create TikTok, an app that resembles Snapchat but centres exclusively around enhanced micro-video content. The merge with Musical.ly proved to be seamless, as the majority of the former app’s users and influencers quickly adapted to TikTok.

Ensnared in myriad scandals, the public’s trust in Facebook has been steadily plunging, and along with it its stock value. Last year, the company lost $120 billion after warnings that its revenue growth will plummet. But sizzling scandals and stock-market undulations are not the only soft-spots of Facebook, as its primary flaw seems to be its inability to appeal to the youth. With its flagship app gradually becoming a virtual nursing home—where grandmas and millennials vent their scorn and stalk old lovers who may not even be alive at this point—and Instagram failing to penetrate the Gen Z market, the Facebook ‘family’ appears to be in the early stages of its downfall. For a moment, Snapchat seemed to be the next ‘it’ app, but that hope never materialised.

This is where TikTok beats them all. The youth, which appears to be increasingly interested in the app’s features and responds favourably to its user interface is migrating to the platform en masse.

Unlike other social media apps, TikTok’s function is fairly limited, as all it enables users to do is create 15-second videos and share them with their network. Yet ByteDance managed to tap right into the core of youth’s fascination with micro-video content that’s light and entertaining, by offering a wide variety of effects and editing options (something that’s lacking from Facebook and Instagram stories). And so TikTok serves Gen Z and soon Alpha precisely what they’re after—content that is live, short, potentially-viral, and, well… silly.

The app’s popularity has been exploding over the past year. In 2018, TikTok was the fourth most downloaded non-game app, with 663 million new downloads, surpassing Instagram which gained 444 new downloads. In the App store alone, TikTok’s download rates exceeded those of Facebook, Messenger, and WhatsApp. Should the numbers remain steady, TikTok can be expected to surpass Facebook and Instagram in overall popularity worldwide (let us not forget that it also dominates the Southeast Asian market, something that Western apps are unable to do due to censorship barriers).

The conquering of the social media landscape by TikTok could have several ramifications. Firstly, it would most likely alter the way in which the future generation communicates, with words and pictures replaced by short, heavily edited memes.

It would also generate significant changes in the market, which currently relies heavily on the models of existing social media platforms, such as Instagram. In a TikTok-dominated world, influences, businesses, and corporations will have to find a new way to promote their products, capture the attention of buyers, and adapt to new metrics indicating popularity and profitability.

Finally, what would be the consequences of having a Chinese company owning all our social-media data? This question may be too vague to answer with certainty, but China’s policies regarding censorship, surveillance, and curtailing of freedom of speech sure make this prospect unsettling (to put it mildly).

On a more personal level, a TikTok takeover gives us a chance to reexamine our interaction with social media. Before replicating our virtual lives onto yet another platform we, the veterans of the social media revolution, must ask ourselves: where are we going with this? Do these platforms contribute to or impede our personal and spiritual growth? What toll have they been taking on our mental wellbeing? Can our thoughts and feelings and aspirations be effectively expressed in a 15-second video? And what would be the consequences for doing so?

The rise of TikTok gives us a golden opportunity to question. To prioritise. To reconsider the value of life beyond the screen.