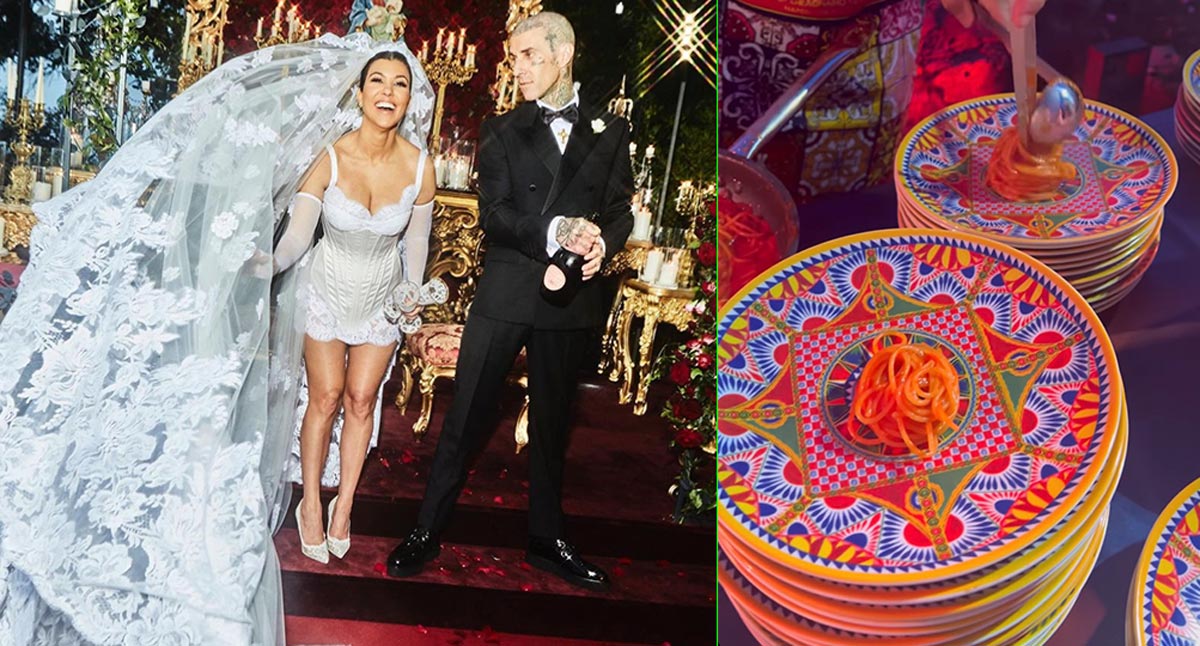 You couldn’t have missed it even if you wanted to—PDA-obsessed Kourtney Kardashian and boyfriend Travis Barker (aka Kravis) tied the knot in Italy on Sunday 22 May in what many would say was a wedding to remember. Fully sponsored by the problematic luxury brand Dolce & Gabbana, the weekend-long celebration featured a star-studded guest list which included the whole Kardashian-Jenner clan as well as Barker’s side of the family—duh—and other celebrities such as Megan Fox and Machine Gun Kelly, Blink-182 bandmate Mark Hoppus and even Kendall Jenner’s boyfriend, NBA player Devin Booker.

Despite this impressive lineup, it was one small and unexpected aspect of the ceremony that left the internet stunned: the size of the pasta dish that was served to guests during the party dinner held in Portofino.

Since it took place, we’ve been blessed with various snapshots of the lavish event, but it’s actually thanks to the Kardashian family’s Instagram Stories that we were really given an insight into things. Kylie Jenner gave us commoners a behind-the-scenes look at Kravis’ incredible set-up. But she did even more by showing the world the outrageously tiny portion sizes.

For a wedding that is estimated to have cost several million dollars, it’s understandable that Twitter users couldn’t help but call out the size of the portions at the reception. That being said, a handful of netizens have made a point of explaining that when it comes to eating pasta, Italians are very measurement conscious. Unlike in other countries, having a full plate of pasta is not the way to go and the dish is more often than not served as a starter, not a main course.

Nevertheless, this definitely didn’t stop the rest of the internet to mock the portions nicely displayed on Dolce & Gabbana plates. “There’s a lot about Kourtney Kardashian’s wedding that I’m irrationally upset about… starting with the dress and ending with the pasta portion sizes… Heinous. Criminal. Jail time, your honor,” wrote one Twitter user.

“The pasta portion sizes at Kourtney Kardashian’s wedding yesterday,” shared another user along with Kylie Jenner’s Story. “Personally if a portion isn’t the size of my face I’m not interested,” they added.

One user gave her own take on why the dish seemed so light, “Everyone moaning about the size of the pasta portions at @kourtneykardash’s wedding, Italians have like 10 courses at their celebrations so you can’t eat anything more than that. From experience you almost want to throw up after course 6.” 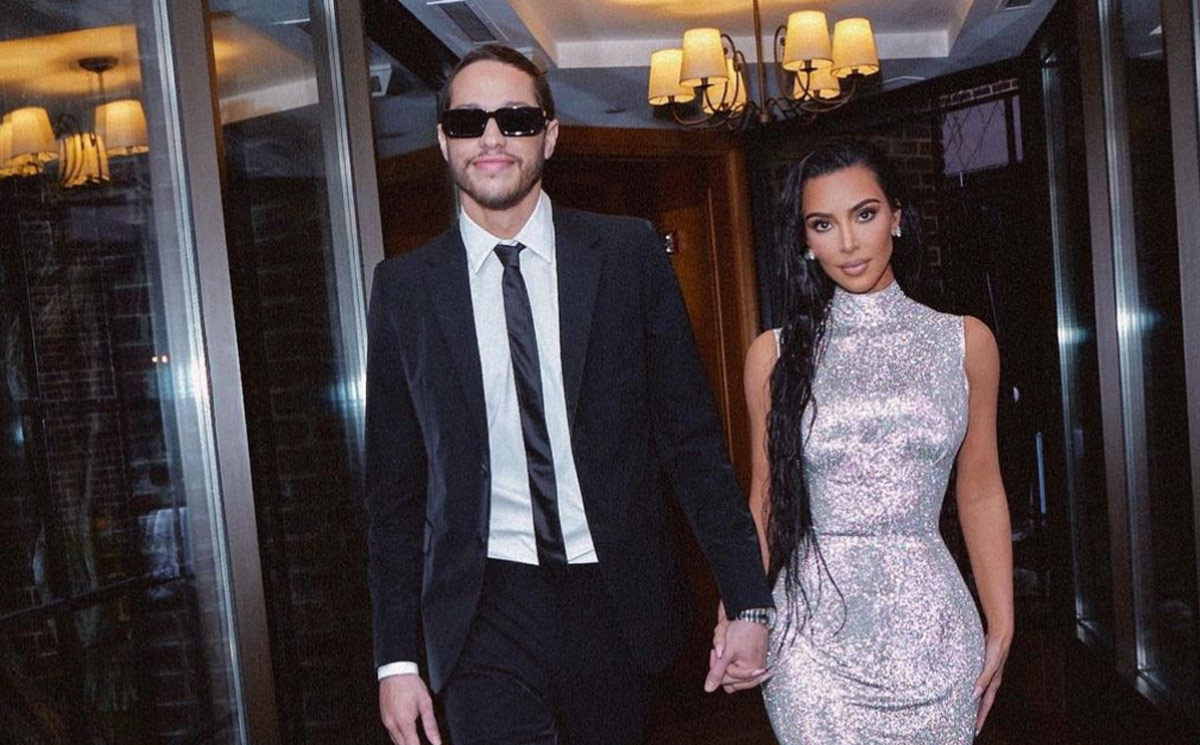 Though Kim Kardashian, 41, and Pete Davidson, 28, have been (officially) dating since October 2021, their relationship has only recently been teased on the new Hulu and Disney+ produced reality TV show following the iconic family, The Kardashians.

Ever since the fourth episode of the show aired on 5 May, fans have been debating whether Kim’s voice has changed since she started dating Davidson. In a now-viral clip from the show, the media personality is heard jokingly saying, “Marriages come and go.”

Kardashian goes on to make fun of her own failed marriages and even hints she’d like her next one to be the last.

The debate surrounding her potential voice change all started when a user shared the clip on Reddit along with the caption, “Kinda cute how Kim has started to sound so much like Pete.”

In the comments section, fans were quick to discuss whether Kardashian had a new East coast, Staten Island-inspired accent. One Reddit user even wrote: “Her valley girl voice [has] transformed into a middle-aged woman from Staten Island.”

Another fan attempted to transcribe Kardashian’s quote in what they perceived to be a ‘new’ accent: “NO OFFENCE GUYS HEUHHEUHEU TAKE IT FROM ME HEUHEUHEUHEU.”

A third fan wrote, “Lmfao she is sounding like the late great Big Ang from Mob Wives,” and another user went as far as to blame Kardashian’s mother Kris for this sudden change: “I just see pure Kris Jenner in this hahaha.”

While those fans seem to mostly agree on the fact that the reality TV star might be changing some parts of her personality due to her relationship with Davidson, others seem to think she might finally feel comfortable enough to really be herself. Either way, we’re liking this chilled version of you, Kim.