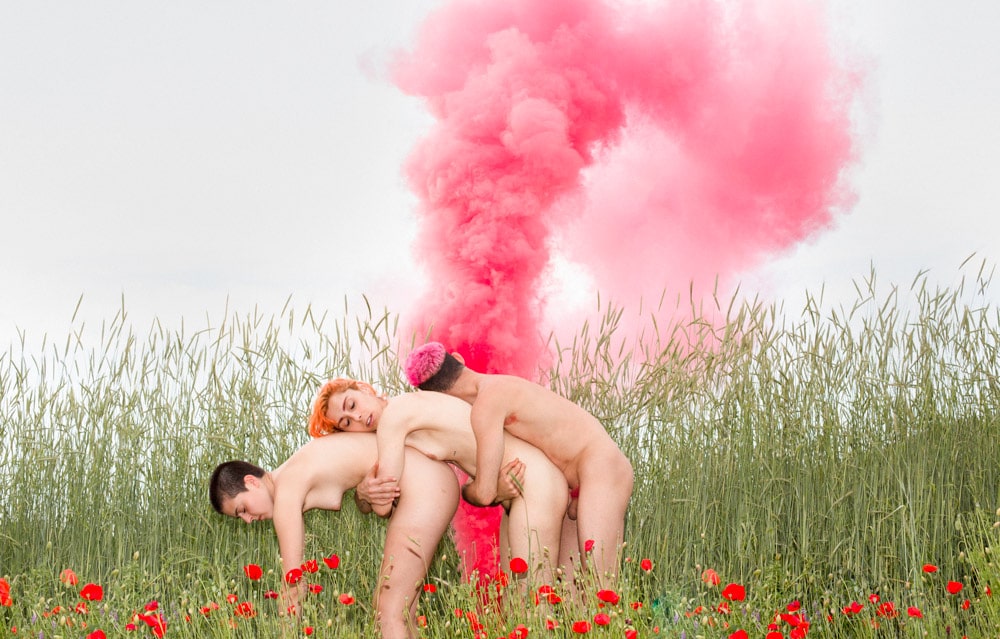 With V-Day just around the corner, it’s hard not to get caught up in musings about love, relationships (or the lack thereof) and heartbreaks. And while each of us can account for their own love-related trials and tribulations, we also run a pretty impressive record of global-scale drama in that respect. 2020 is still in its infancy, and yet several monumental events have shattered the world, tearing up old relationships or, in other cases, sparking promising love stories.

So what were the major break-ups and make-ups of 2020 so far?

1. The UK and Europe bid farewell

After more than three years of a nasty divorce battle, and futile hopes for reconciliation, the UK had officially left the European Union on January 31, 2020. Brexit marked the termination of a union that began back in 1973, when the UK joined what was then called the European Economic Community (EEC).

But as is the case in many divorce proceedings, the actual separation is ensued by a challenging process of determining what the relationship between the parties will look like in the future. In the case of the UK and EU, some of the major issues that will need to be hashed out are trade regulations and tariffs on goods travelling between the kingdom and the bloc. Other than trade, the quarrelling parties will have to determine what the rights and privileges of EU citizens in the UK will be (and vice versa); law enforcement cooperation, data sharing, and security; access to fishing waters and aviation standards; and whether or not a customs border will be erected between Northern Ireland and Ireland (a particularly flammable point of contention).

An 11-month transition period in which the UK will remain in the single market despite not being an EU member is due to end in December 2020, although many predict that British and EU citizens could remain in limbo for several years.

2. The toxic relationship between Trump and Pelosi explodes

Last week saw a massive blowout between the president of the United States and House Speaker Nancy Pelosi (D-CA). On the foothills of a bitter battle over Trump’s impeachment, and one day before he was due to be acquitted by the Republican-controlled senate, the president delivered a most divisive State of the Union speech in Congress. After handing Pelosi a copy of his speech, Trump refused to shake the house speaker’s hand. In a dramatic retort, the speaker tore up her copy of the speech to pieces when the president finished his address.

The spat between the two continued to escalate following the State of the Union, with the president calling the Speaker “a horrible woman” and Pelosi referring to his speech as “appaling”. But while the state of affairs between the two leaders seems as dire as it could get, many in DC predict that both sides will put their weapons down and come to the negotiation table around major political issues once the mist of this current drama dissipates and the next scandal preoccupies the capital.

Last month, Prince Harry and Meghan Markle, the Duke and Duchess of Sussex, bluntly announced on Instagram that they will be stepping down as senior members of the royal family and pursue financial independence. Naturally, the British monarchy was blindsided by the couple’s decision to retire from royal life, and was particularly rocked by the fact they made the announcement on social media without alerting the Queen or Prince William prior to publishing their post.

The couple’s decision to leave the royal nest stemmed from months of abuse and scrutiny by British tabloids, which Markle claims took a serious hit on her mental health. Although their departure is unlikely to result in major structural changes in the monarchy, it might nonetheless keep issues of mental health and the financial dependency of royals on the British taxpayers at the heart of national debates for a while.

Senator Mitt Romney from Utah, a devout Mormon, was the only Republican Senator who voted to convict President Trump of high crimes and misdemeanors, and cited his oath to God as the reason. “I am profoundly religious. My faith is at the heart of who I am. I take an oath before God as enormously consequential,” the Utah Senator said in a speech before the Senate, choking back tears.

Although Romney has, unsurprisingly, been vilified by Trump and his army of devotees in government, the media, and the public, he seems to find support among many in his home state who praise him for doing what he felt was right. Perhaps most importantly, Romney seemed to be patching things up with God—after having voted with Trump “80 per cent of the time,” and throwing his support behind some of the most hawkish immigration policies in recent history.

After 92 years of largely snubbing non-US films, the Academy of Motion Picture Arts and Sciences awarded the Best Picture prize to the South Korean film Parasite last Sunday. The comedy-thriller, directed by Bong Joon Ho, was the first film to win the lucrative award that is not in English. “We never write to represent our countries,” said Boon as he accepted the award. Yet, this move by the Academy could be the beginning of a flourishing relationship between the American film industry and, well… the rest of the world; one in which people from across the globe will be encouraged to tell their own stories, as opposed to having Hollywood belt its Americanised version of these stories on their behalf. 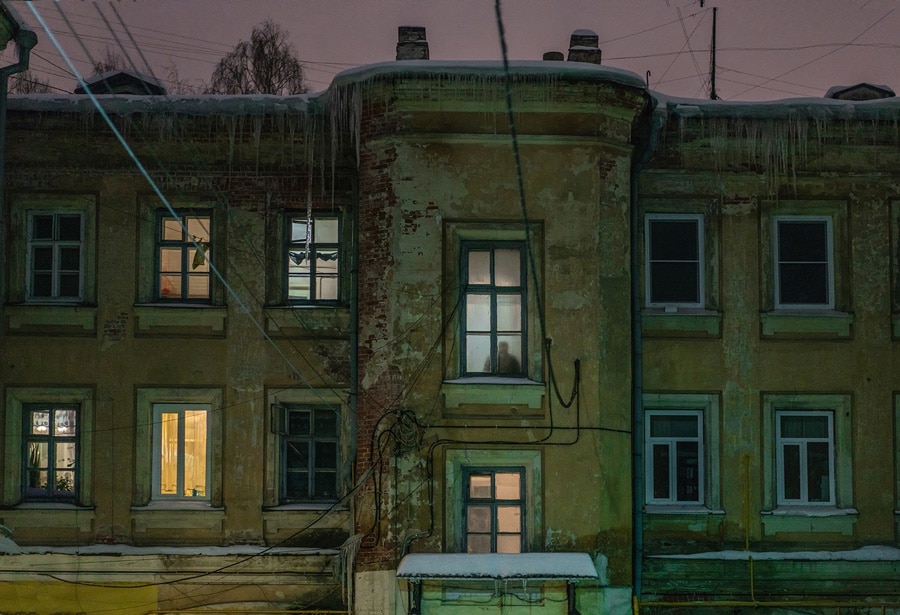 First came the exit poll: a sudden, devastating blow to Labour. Then, the results trickled in, and Blyth Valley’s early declaration—it swung Tory for the first time in history—set the mood for the night. Conservatives and Brexiteers up and down England were jubilant; the SNP won big in Scotland, although uncertainty lies ahead north of the border with Johnson in No. 10.

In the lead-up to the election, many polls thought it would be close: either a small Tory majority or another hung parliament. I, for one, remained hopeful of the latter right up until the afternoon of election day, when I went to vote. I certainly wasn’t expecting a Tory landslide, their best election performance since Thatcher. Over the weekend, there was a profound sense of mourning. Then, the autopsy of Corbyn’s Labour began.

I was reminded of the feeling after Trump’s victory in 2016—a comparison that is more than just superficial. Many left-wing voters could not bear to see the left-wing candidate take the highest office, with doubts fuelled endlessly by an unchecked right-wing media. Both winning campaigns had simple messages: build the wall, get Brexit done. For many voters, the victor could do no wrong, unapologetic racism and divisionism had no effect on the polls. Both elections came down to disenfranchised, post-industrial communities—the ‘red wall’ and the ‘rust belt’—and a relatively small number of swing votes.

The dust has settled, new MPs have been sworn in, and a frankly ghastly cabinet has been appointed. Two former Tory MPs, Zac Goldsmith, who lost his seat for the second time in three years while Nicky Morgan swore on Friday to step away from front-line politics were quickly appointed as lifetime peers and will remain in cabinet positions. Calling out this new Tory government’s hypocrisy is exhausting already and it’s not even been two weeks.

A couple of silver-linings were the DUP losing two seats and the Brexit party not winning any, although both parties undoubtedly did their job of splitting the Leave vote into many key constituencies. However, come February, Nigel Farage will be without a job and his party will have zero representation. What’s next for the Brexit Party? Who knows.

Anyone remember, what seems like forever ago, when Johnson shut down Parliament in order to prepare a Queen’s speech? Strangely, this one didn’t need as much preparation and was delivered less than a week after the election took place. This time, healthcare and tougher terrorist sentencing were put centre stage. I’m wary to believe any promises the Tories make about the NHS; no one seems to know how many more (in the traditional, correct sense of the word) nurses there will be, nor how many new hospitals. The Guardian described the promise of a £33.9bn increase in funding by 2023 or 2024 as “largely a symbolic move.” There was also the suggestion of making photo ID mandatory at polling stations, a much-criticised policy that, unsurprisingly, tends to affect poorer and marginalised communities.

Corbyn attended the speech, traipsing into the House of Lords next to a dishevelled Johnson looking utterly miserable. He is, for now, still the leader of both Labour and the opposition—it’s the job of the party’s National Executive Committee (NEC) to decide when he goes as leader and who will replace him.

Many commentators and critics are placing the blame for Labour’s colossal defeat squarely upon Corbyn’s shoulders. On doorsteps, many MPs (and now former MPs) found that his leadership was a real concern for many voters, above Brexit. His ambiguous position on Brexit didn’t help. Many Labour voters, including much of their traditional base, felt alienated by Corbyn and left behind by his policies. Obviously, media narratives didn’t help, with Johnson repeatedly dodging scrutiny—and it seems he has already reneged on several promises made during the campaign. Protections on workers’ rights were swiftly removed from the revised EU Withdrawal Agreement, which passed through the House of Commons by 358 to 234 votes on Friday 20 December.

Emily Thornberry, Jess Phillips, Angela Rayner, Rebecca Long-Bailey, Sir Kier Starmer and Lisa Nandy are all contenders for the leadership. Selecting another North London MP seems short-sighted. Meanwhile, Phillips has supported some problematic positions in the past, describing Jacob Rees-Mogg, who, among other things, doesn’t support abortion under any circumstances, as a “real gent.” And Rebecca Long-Bailey is a dedicated Corbynist when, clearly, the party needs a change in direction.

Tony Blair is the only Labour leader to have won an election since the 1970s. I, for one, do not want to see the party regress entirely to centrist Blairite policies. For all his flaws, Corbyn stood for decency and equality; many of his signature policies had overwhelming support from the public. The party is fragmenting: a leader at the centre of the party, rather than a centrist leader, might manage to hold things together.

A few months ago, it looked as if the Tories and the whole of the British right were falling apart and that we might see real reform of party lines. This election has healed those wounds, while nonetheless shifting the party further to the right. Last week, the leader of Britain First, a fascist group, urged its members to join the Conservative party and “secure” Boris Johnson’s premiership. Now, it is the left’s turn to be in disarray.

The next five years could be bleak. Now, more than ever, we need to fight and, most importantly, to hold those in power to account however we can.