From bananas to frying pans, here are 10 of the wackiest gaming controllers the world has ever seen – Screen Shot
Deep Dives Level Up Newsletters Saved Articles Challenges 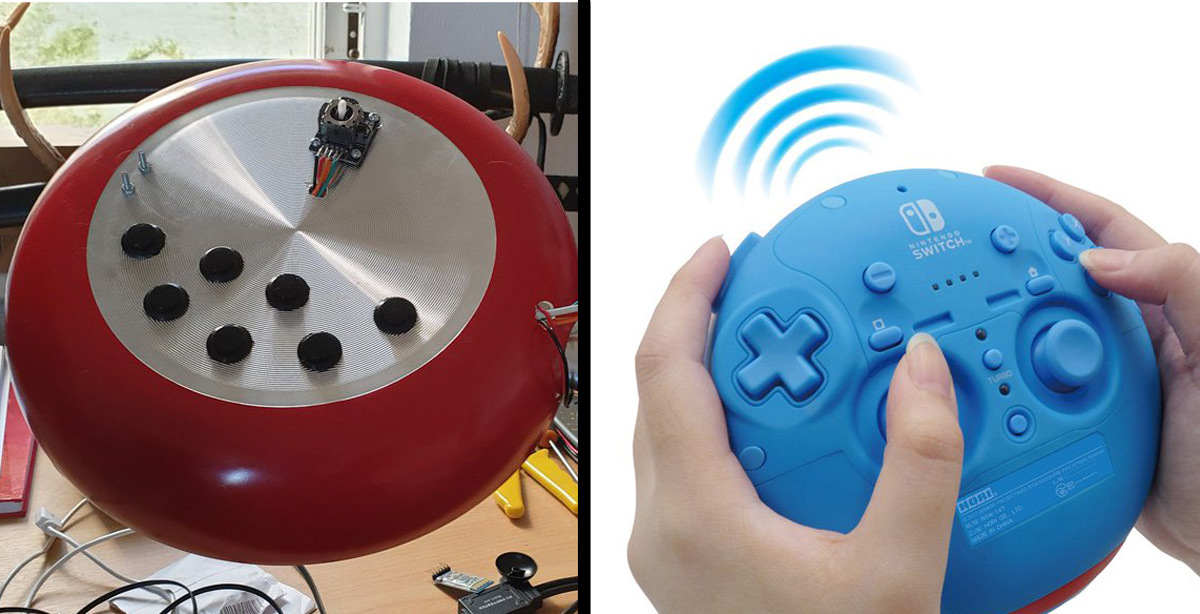 From bananas to frying pans, here are 10 of the wackiest gaming controllers the world has ever seen

Video game controllers are pretty commonplace these days—most of them sport a similar design and layout, making them instantly recognisable and easy to get the hang of. But throughout the years, gaming companies have gone out of their way to produce unique and novel controller variants to play your favourite games with.

Some players have even gone a step further and used these controllers to play games they were never meant to work with in the first place. Heck, they’ve even made their own ones using household items. Don’t believe us? Here’s all the documented evidence on the wackiest controllers the world has ever witnessed:

If you’re not familiar with Dragon Quest, it’s a role playing game series by Square Enix with art and character design by legendary manga artist and Dragon Ball creator, Akira Toriyama. Although the game features weird and wacky enemies and locations, other important elements include… the Slime. This delightful little blue blob has been made into a controller and, honestly, have you ever seen something this cute? With a Playstation 4 and Nintendo Switch version, the likeness to the creature it’s modelled after is uncanny, and while fully functional, it may take a little getting used to.

The Donkey Kong bongo controller was released in tandem with the Donkey Konga series of rhythm games. Featuring a barrel design, this controller was initially created to be played like a pair of bongos—until one curious gamer had another idea in store for the novel device. YouTuber and streamer Benjamin “Bearzly” Gwin hooked up the controller and used it to beat none other than the notoriously difficult Dark Souls in about five and half hours. Now, we have one question: How?

Resident Evil is one of the most iconic horror franchises out there with memorable monsters such as Nemesis, the Baker Family and Lady Dimitrescu. But one particular nightmarish creature provided inspiration for our next bonkers controller. In Resident Evil 4, players will come across an enemy wielding a chainsaw with a sack over its head. If careless, this monster can kill the player in one hit. It’s this chainsaw that was made into one of the coolest looking, if not insane, controllers out there. Not much more needs to be said really, just take a look for yourself:

If you’ve always wanted to play an instrument but couldn’t afford it, then this is the game for you. Guitar Hero released with its iconic guitar controller that let you rock out without any expertise with the actual instrument. But as usual, someone decided that they didn’t want to use it for what it was intended. YouTuber SuperLoius64, also known as Louis Hamilton, took to the internet in 2020 to try and complete Dark Souls 3 using the wacky controller—all without levelling up.

Typically used to play dancing games, the dance mat controller effectively works like a giant regular controller, but for your feet. This doesn’t mean that it’s any easier to use, however. Legendary unconventional controller master Louis Hamilton (part of the Super Scrub Brothers’ Twitch channel) has used and concocted loads of weird controllers in his day, but once reminisced fondly about the start of his journey in an interview with Game Informer. “Me and my buddies were just playing games, just every night after school,” he said. “And one of the days, my buddy brought his dance pad… and we’re like, what if we play Street Fighter with this? And somehow it worked.”

Following the success of Guitar Hero, a follow up game by the name of DJ Hero was released—with an equally cool controller resembling a DJ turntable. Of course, Louis Hamilton couldn’t resist taking a crack at beating Dark Souls 3 with this insane creation. And of course, he beat the game. Is there anything this man can’t do?

The answer to the previous question is ’No’. Hamilton, feeling a bit peckish, decided that maybe we should play with our food. From this, the baguette controller was born. Created to be used with the sniper character Widowmaker in Overwatch, this glorified sandwich featured a gyroscope—meaning he could move it around in real life to make the onscreen character aim her weapon. Anyone hungry?

Taking a step back from Hamilton’s creations, let’s take a look at what happens when you mix an Xbox controller with traditional Scottish tartan. The answer is this beauty right here. Marking 20 years of Xbox in Scotland, and featuring the phenomenal work of legendary kiltmaker Gordon Nicolson, (who also provides the Scottish National Football team with their own tartan), it brings together the iconic Scottish pattern and Xbox’s easily distinguishable colours to form a smart and sophisticated controller that you’re probably going to want to keep miles away from those gaming snacks.

Hamilton isn’t the only one capable of this gaming wizardry. His Super Scrub Brothers co-star Beck came up with yet another novel way of beating Dark Souls: A frying pan. Yes, you heard that right. Once again, joysticks and buttons have been wired into the pan to create a functional controller. Beck even told Game Informer that he dies less in Dark Souls with the pan controller compared to a standard one. “By all means, it’s not better than the standard controller, but I’ve gotten used to using it so much. It just feels more comfortable,” he admitted.

And here we are. La pièce de résistance. As has become a theme with this list, we’ve saved Hamilton’s most insane and glorious creation for the last. Let’s talk about the banana controller which was used to beat, you guessed it, Dark Souls 3.

Using a piece of programming kit called Makey Makey, which lets you run an electric current through everyday objects and turn it into recognisable inputs, Hamilton was able to turn twelve bananas (because that’s how many it takes apparently) into a working controller. By programming it in a way that registered different pokes and taps as different inputs, Hamilton was able to beat the aforementioned game with…fruit. So if your controller is broken and you don’t want to shell out £50 for a new one, fear not. Just head to your local supermarket. Bananas are on sale, apparently. 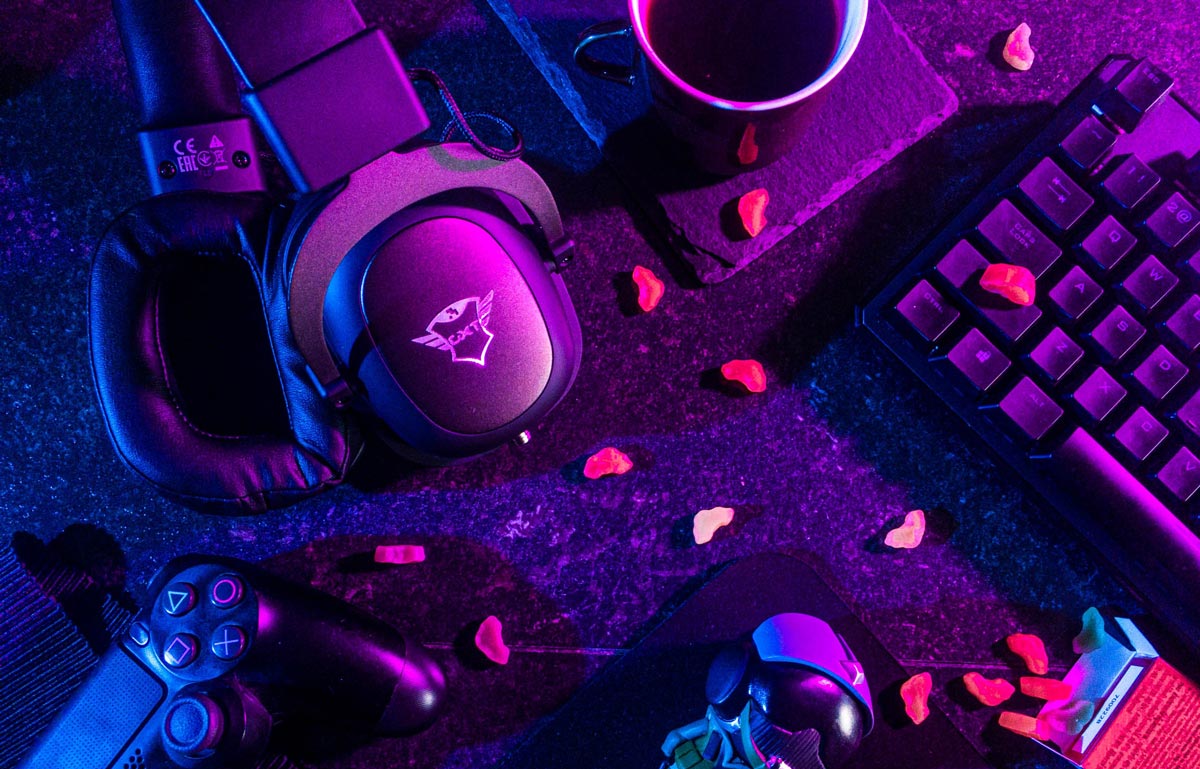 Sexism in the gaming industry: the Activision Blizzard lawsuit is just the tip of the iceberg

We may be far from the 1950s but we still have mountains to climb to tackle the sexism and misogyny ingrained in our society. Arguably, nowhere is this more apparent than in the workplace. Although the Equal Pay Act has been in force in the UK since 1975, women still earn, on average, a staggering 19.8 per cent less than men. Not only are women subject to receiving less pay, but they’re also significantly more likely to face sex discrimination and harassment at work.

Instances of sexism can, of course, occur across all sectors. However, the gaming industry, which has repeatedly been reported to facilitate a ‘frat boy’ and misogynistic work environment, is the latest to rear its ugly head. The company in question? Activision Blizzard—the company responsible for releasing major titles such as Call of Duty and World of Warcraft.

Bloomberg first reported the complaint on 20 July 2021, portraying the workplace at Activision Blizzard as explicitly discriminatory towards women—particularly, though not exclusively, towards women of colour. The report highlighted how the company’s leadership is “exclusively male and white” to the point where no woman has ever been named president or CEO.

The filing also stated that “women were subjected to numerous sexual comments and advances, grouping and unwanted physical touching, and other forms of harassment” at the company’s studio. It went on to state that “female employees working for the World of Warcraft team noted that male employees and superiors would hit on them, make derogatory comments about rate, and otherwise engage in demanding behaviour.”

A former chief officer of Activision Blizzard is also being accused of “grouping inebriated female employees at company events and was known for making hiring decisions based on female applicants’ looks.” The suit further claimed that complaints to human resources staff, as well as executives, including Blizzard President J. Allen Brack, “were treated in a perfunctory and dismissive manner and not kept confidential,” which resulted in staff who claimed being “subjected to retaliation, included but not limited to being deprived of work on projects, unwillingly transferred to different units, and selected for layoffs.”

Allegedly, women of colour were “particularly vulnerable targets” of discrimination. The suit highlighted that an “African American employee who worked in information technology” was made by her manager to “write a one-page summary” of how she would spend the time off she requested, which no one else was made to do. Likewise, it was argued that other women in the company were assigned to lower-level roles, paid less and passed over for promotion “in favour of male counterparts who lacked the same experience or qualifications but who were friends with the male head of unit.”

Activision Blizzard has vigorously denied the claims when they were made. This, understandably, frustrated both a large number of employees of the company, as well as the wider gaming community. In response, more than 1,500 former and current employees of the gaming company, which is valued at just over 65 billion dollars, have signed a letter condemning its response to the lawsuit alleging the ‘frat boy’ culture of the company. Ignoring such matters is exactly what serves as a breeding ground for sexual harassment and discrimination.

Sexism in the gaming industry

Make no mistake, this is not an isolated incident. The lawsuit against Activision Blizzard is just one of many instances which bring to light the blatant misogyny and sexism within the gaming industry. Keza MacDonald from The Guardian highlights that over the last few years, hundreds of women have spoken out about the manipulative and predatory behaviour they’ve experienced in their careers in the gaming industry. An investigation conducted in 2018 found that five former employees at Riot Games sued the company over workplace harassment and discrimination, and hundreds more joined walkouts to protest.

MacDonald goes on to state how, even when victims are brave enough to speak out, they are often faced with significant obstacles to overcome. She wrote, “The backlash can be immense. Stories abound of HR departments working much harder to protect companies than the well-being of employees, of complainants having to band together in groups for fear of corporate reprisal, and a gauntlet of social media abuse for those who take their accusations public. And while sexual abuse is at least sometimes taken seriously, some everyday aggressions and obstacles that many women experience day-to-day are brushed off.”

Sadly, workplace sexism is not solely limited to the gaming industry either. As MacDonald states, women are subjected to sexism in tech, film, politics, media… the list goes on. However, for gaming in particular, a toxic confluence of worker disempowerment and a male-dominated managerial class can make it especially unwelcoming for women or those from marginalised genders. Award-winning narrative designer and workers’ rights activist, Megnha Jayanth, believes the “industry sits at the intersection of the worst of the casting couch, predatory networking culture of the entertainment industries, and the unregulated boys-club mentality of Silicon Valley.”