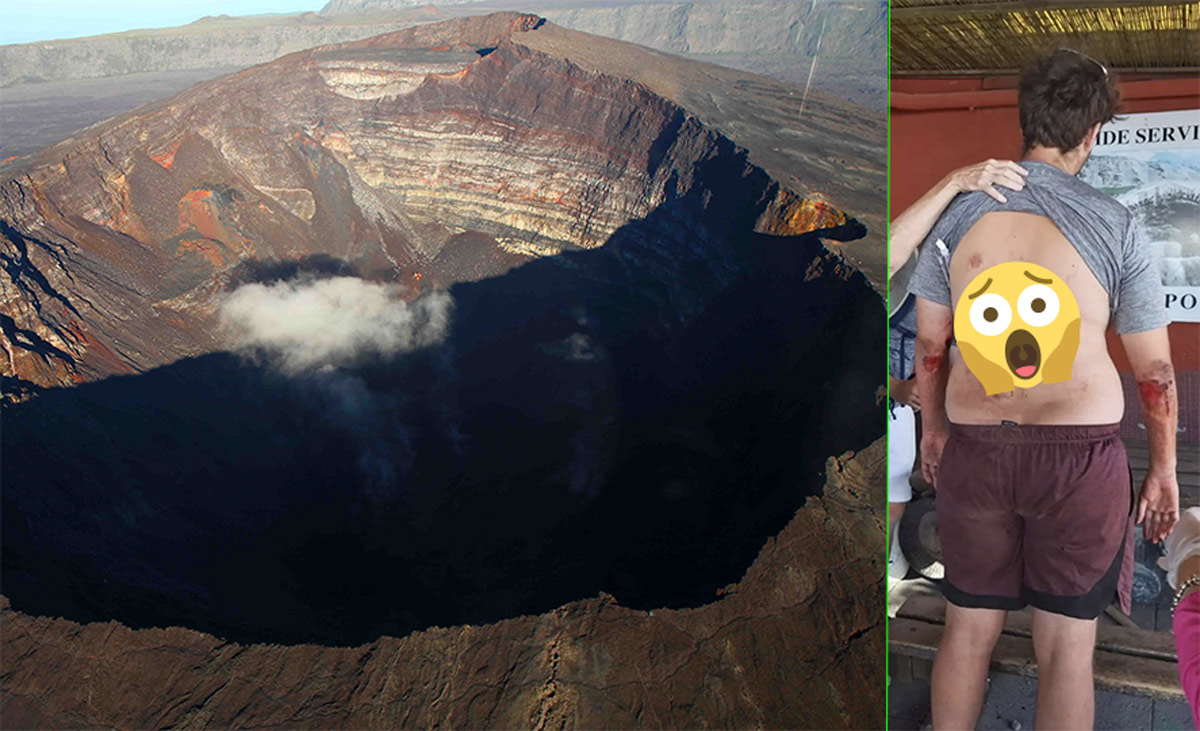 Look, we’re not saying he deserved it… but he kind of did. On Saturday 9 July 2022, 23-year-old Philip Carroll was rescued after falling into the crater of Mount Vesuvius in Italy while taking a selfie.

But wait, it gets worse. When Carroll visited the famed volcano—notorious for destroying the Roman city of Pompeii and blanketing it with ash—he thought it wise to hike up Vesuvius from the town of Ottaviano and access the top of the volcano through a forbidden trail.

When the family reached the top of the over 4,000-feet-high volcano, Carroll stopped to take a selfie and his phone fell into the crater.

“He tried to recover it, but slipped and slid a few metres into the crater. He managed to stop his fall, but at that point he was stuck,” Paolo Cappelli, the president of the Presidio Permanente Vesuvio, a base at the top of Vesuvius where guides operate from, told NBCNews.

As you can imagine, Carroll suffered scratches and cuts to his arms and back in the fall. Lucky for him, guides from Presidio Permanente Vesuvio saw what happened with binoculars from the opposite side of the rim and rushed to help him. They used a long rope to pull Carroll to safety.

“He was very lucky. If he kept going, he would have plunged 300 metres into the crater,” Cappelli added. Pictures were eventually shared of Carroll’s injuries, which were thankfully pretty minor—small enough that it’s okay to say he deserved them…