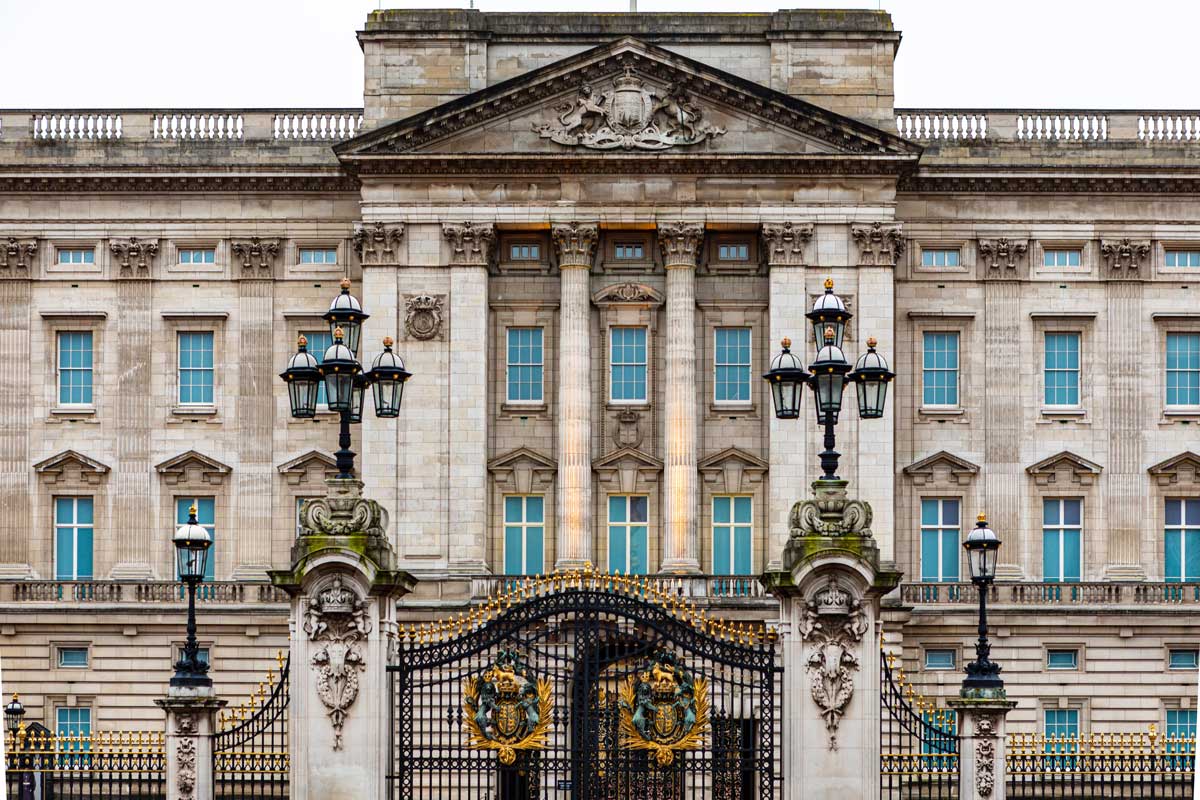 What did Meghan and Harry tell Oprah about the royal family? From racism to mental health, here’s everything you need to know

Life behind fortified castle walls is most certainly not as fairy-tale-esq as many wish to imagine, and yet society is still besotted with the idea of princes and princesses. Meghan and Harry need no real introduction here, neither does Oprah, and now the triple are airing a two-hour broadcast that reveals all the deepest and darkest secrets that drove the runaway couple away from the claws of UK royalty, Harry’s birthright family. Here’s everything you need to know about where to watch the interview, and why it’s important that you do.

What is Oprah’s interview with Meghan and Harry about?

Onlookers of Megan and Harry’s story have two very different sides to their views: on one hand, we have a little more of a ‘woke’ fanbase of the couple and their choices to step away from the traditionalist hierarchical society that royalty is built upon. On the other hand, for those traditionalists, there is a view of a privileged young couple who, as written in the Financial Times, “quit work early and then complained about their family.” Either way, what US television personality and interviewer Oprah Winfrey has managed to unravel within the two-hour broadcast, has and will continue to captivate the world.

Previously named Meghan Markle, but having married Prince Harry, and denouncing their royal titles, the couple now go by the name of Meghan and Harry Mountbatten-Windsor. Life as a member of the British royal family has been documented broadly over the centuries as incredibly difficult due to the sheer amount of publicity and curiosity that surrounds the titles, as well as any ‘duties’ that need to be dealt with as a royal. The interview, as reported by the New York Times features Meghan admitting that the life that she had previously chosen in marrying Harry “became so emotionally desolate that she contemplated suicide.”

Members of the royal family also reportedly told Harry and Meghan they did not want the couple’s then-unborn child, Archie, to be a prince or princess by title. Even worse, the family negatively concerned over how dark the colour of Archie’s skin would be. The interview hears Meghan speak of her suicidal thoughts in saying that she was “ashamed to have to admit it to Harry. I knew that if I didn’t say it, I would do it. I just didn’t want to be alive anymore.”

Meghan further revealed that she “went to the institution and I said that I needed to go somewhere to get help, said I had never felt that way before and need to go somewhere, and I was told that I couldn’t, that it wouldn’t be good for the institution.” In other words, her plea for help with ill mental health was denied, outright.

Tabloid narratives have, since the couple stepped away from royalty, somewhat shaped Meghan as a villain that apparently forced Harry away from his former life and ‘expected behaviour’ as a royal by birthright, however, the interview allowed Harry to expose his perspective directly. He said that he may not have stepped away from royal life if he had not met Meghan, but he also could not have done it without her. He “didn’t see a way out,” and “without question, she saved me.”

Harry, as well as his brother, Prince William the Duke of Cambridge, have according to Harry in the interview, “been through hell together” and are now on different paths, but Harry loved him to bits. With their mother Diana dying in a car crash on 31 August 1997, having struggled with royal life and the implications it set on her mental health herself, it is unsurprising that Harry wanted to opt out of a fate anywhere similar.

Oprah asked Harry about his relationship with his family since he did just that, to which he sadly responded that Charles, the Prince of Wales and his father, had in fact stopped taking his calls, and that “I feel really let down because he’s been through something similar, he knows what pain feels like and Archie’s his grandson. But at the same time, of course I will always love him but there’s a lot of hurt that’s happened and I will continue to make it one of my priorities to try and heal that relationship.”

As reported by the BBC, Harry admitted that his family “literally cut me off financially.” He said the Netflix and Spotify deals that he and Meghan have struck to make shows and podcasts were never part of the plan but “I had to afford security for us” and continued to say, “I’ve got what my mum left me and without that we wouldn’t have been able to do this.”

Meghan also said that she “didn’t do any research” on the royal family, and when she first met the Queen was surprised that she was supposed to curtsy, she told Oprah that she thought it was just “part of the fanfare” and that it didn’t happen inside the Royal Family.

All in all, the interview holds many unheard truths behind what has for centuries remained hidden from the public, and it’s a direct reflection of how far society has come, and yet still how much further we need to go. For this case, it’s worth watching.

Where can I watch the interview with Harry, Meghan and Oprah? 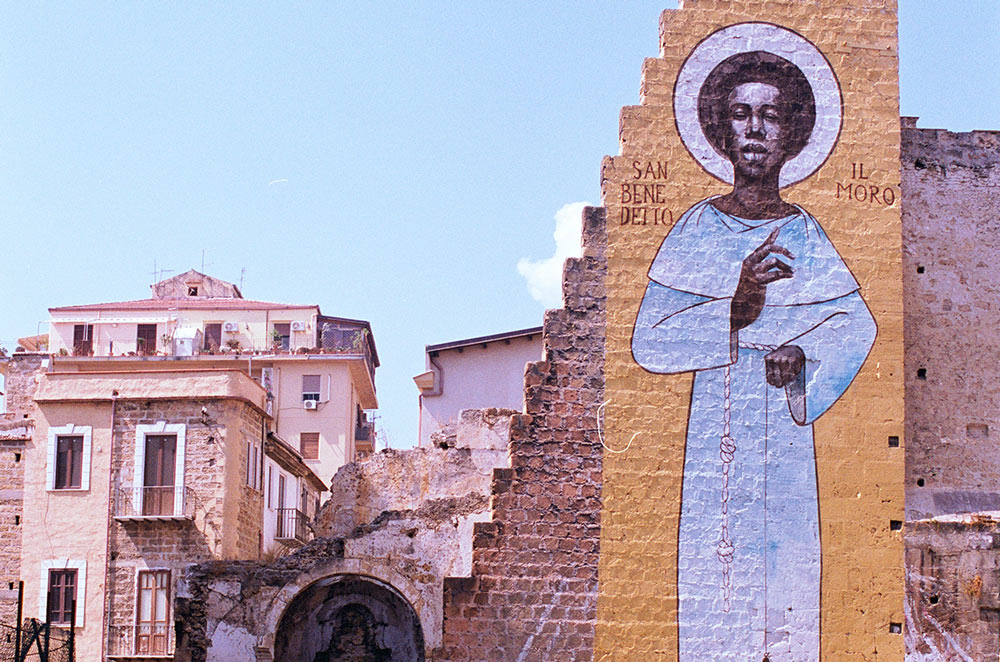 Why reading and rereading books can teach you a lot about racism, privilege and more

It was only when I reread the lines, “Sit. Feast on your life,” that I realised I had forgotten where I acquired those words from. Derek Walcott’s Love After Love is the extract before the story begins in Audrey Niffenegger’s The Time Traveller’s Wife. I had somehow misplaced these lines in my mind even though this poem is carried with me when navigating any hardship, any celebrations and all the days in between.

Before we were all forced to slow down, reading had become another emblem of hustle culture. The only thing that seemed to count was exactly how much you were able to squeeze into your day. With the rise of Booktubers and online book clubs, reading arguably became something that had a means to an end. But do we ever really digest anything, that way? How did COVID-19 and the recent protests influence the way we enjoy books? And what more can we learn from them?

Finding myself running my fingers across my sprouting library isn’t something unfamiliar, but having the time to explore old favourites was a rare pleasure before the coronavirus lockdown. How many times have we all heard the person next to us say they ‘don’t have time to read’? Or when they do, it has to be purposeful, a book that’s apart of the zeitgeist or worse, something productive to further one’s careers. Even these specific books are based on how to be quicker at everything—including reading books that are made to devour, not gobble.

“I used to do the Goodreads reading challenge every year, where you set out how many books you want to read, but now I don’t want to see my leisure time as something that’s another thing to do that day,” says Megan Staunton, a literary agent at Gleam Titles. “Another component in life to document. Another way to divide my time into percentages and commodify my hobbies. There’s also a lot of social pressure to read the ‘right’ things when it’s supposed to be an extension of your sense of self.”

So what has changed during the lockdown; a time of protest, police brutality and deadly virus? It seems we’ve moved past the stage of banana bread and catching up with all the books we were supposed to read these past few years. “In a recent meeting with publishers, we spoke about consumer buying habits and how that’s shifted due to COVID-19,” notes Staunton. “Reading has changed in terms of trends as a lot more readers are seeking escapist novels with nice endings. People are also utilising their bookshelves and revisiting old classics.”

Rereading an old favourite no longer feels like a luxury. Reading something that isn’t trending, and more so, reading a book you’ve already read before if anything is a middle finger to the notion that we have to be even more productive because most of us are at home.

“The amount of comfort rereading a favourite book is really beautiful. It’s the same feeling as catching up with an old friend. When you come across a plot point you’ve experienced before, there’s solace in that sense of nostalgia, especially when there’s so much else going on in the world,” says Staunton.

But there is so much going on in the world. Including the fight for black justice and equality, meaning our conversations on dismantling racism has impacted what we’re consuming. For the first time in history, The New York Times’ best-sellers list this week was composed of ten anti-racist reads, including Reni Eddo-Lodge’s Why I’m No Longer Talking To White People About Race. According to Neilsen Bookscan, the author is also the first Black British author to top the UK’s book charts. The only Black author to do this before was former First Lady, Michelle Obama.

On Twitter, Eddo-Lodge writes, “Can’t help but be dismayed by this—the tragic circumstances in which this achievement came about. The fact that it’s 2020 and I’m the first. Let’s be honest. Reader demand aside, that it took this long is a horrible indictment of the publishing industry.”

It may be a privilege to take a step back and find a home in rereading a book that once touched you, but arguably, being able to read about racism, instead of experiencing it is also a privilege. Which does make me wonder, as much as I’m a reader, how many more books about racism need to be read in order for people not to be racist?

Having the time to read an old favourite again is a chance, one that calls for radical joy, the most underrated type of rebellion. And while I am all for it, it is important we make sure to also use our free time to educate ourselves and learn more about racism. If you’re lucky enough to never have experienced it, reading about it is the closest you’ll get to understanding it.