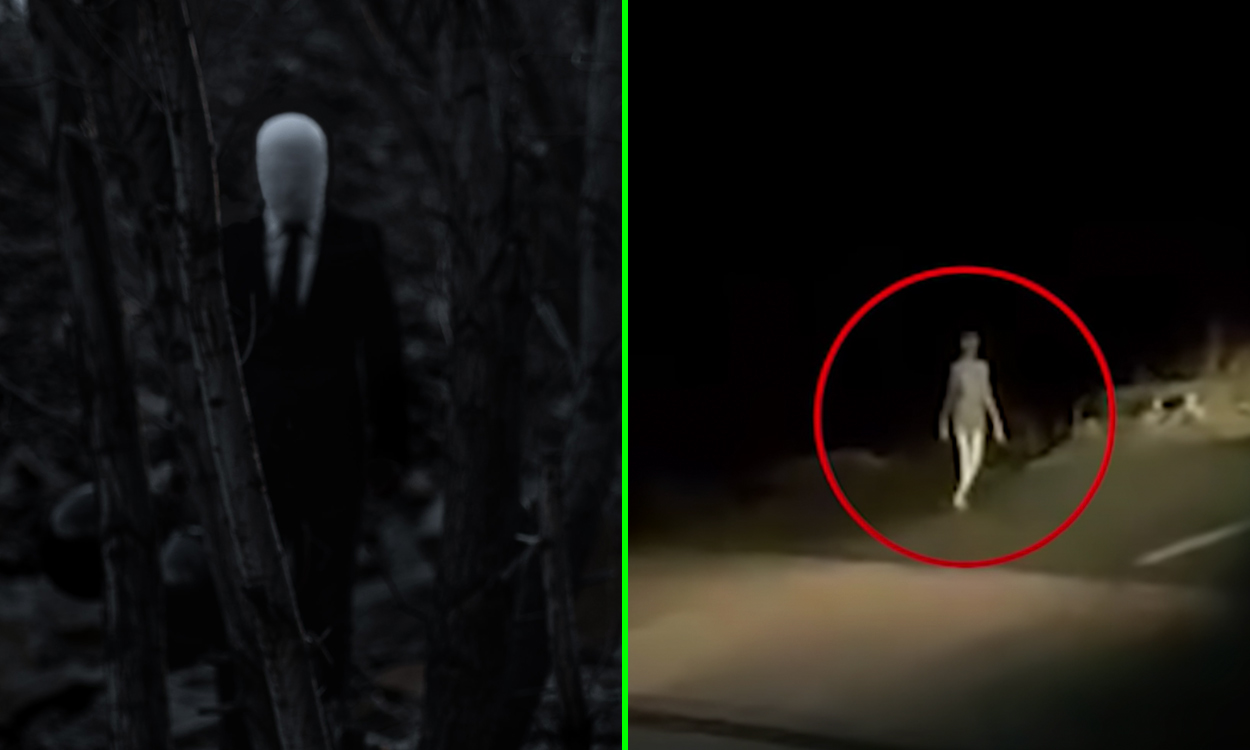 Up until now, the Slender Man was nothing more than a fictional supernatural character that originated as a creepypasta internet meme created by Something Awful forum user Eric Knudsen back in 2009. Well, you might want to rethink your perception of the online myth, because it appears that the creepy creature has made a resurgence after it was recently spotted in India.

The footage, shot on Friday 28 May 2022 on a new bridge over the Chadwa Dam, Eastern India, captured a bizarre-looking humanoid figure with really long legs and arms walking by the side of a road at night.

Slender Man is often depicted as a thin, unnaturally tall humanoid with a featureless head and face, wearing a black suit. While the alien shown in the viral clip appears to be butt naked, the similarities are hard to ignore.

If you watch the video closely, you’ll notice that the figure doesn’t look like a ‘normal’ person—it has a ridiculously skinny torso, shockingly pale white skin and long spindly arms and legs. The footage also shows people on motorcycles swerving and dodging the figure, which then stops to slow its journey and stare at passers-by who presumably stared back, aghast.

So far, we can’t confirm whether or not the clip is nothing more than an internet hoax. Was it an alien, or was it just a really drunk, tall and skinny naked person? Only time will tell, but netizens already have their own opinion on the matter.

Since the footage was uploaded onto Twitter, it has been viewed thousands of times, with some speculating that it is a ghost, others saying it’s a witch, and a few saying it’s just a load of crap.

“Wtf is that creature in Jharkhand? Looked like an alien to me,” one user commented. Someone else, who clearly is leaning towards the ‘it’s an alien’ theory, pointed out an eerie red glow coming from the sky. “There’s a faint red light in the sky,” they wrote.

“In the beginning, you can see it’s trying to reach something. But at 13th second, watching the red light thing fly away, it stops as well. If points are connected, it kinda seems real,” they continued.

Now, that could simply be light pollution, but never say never, right?