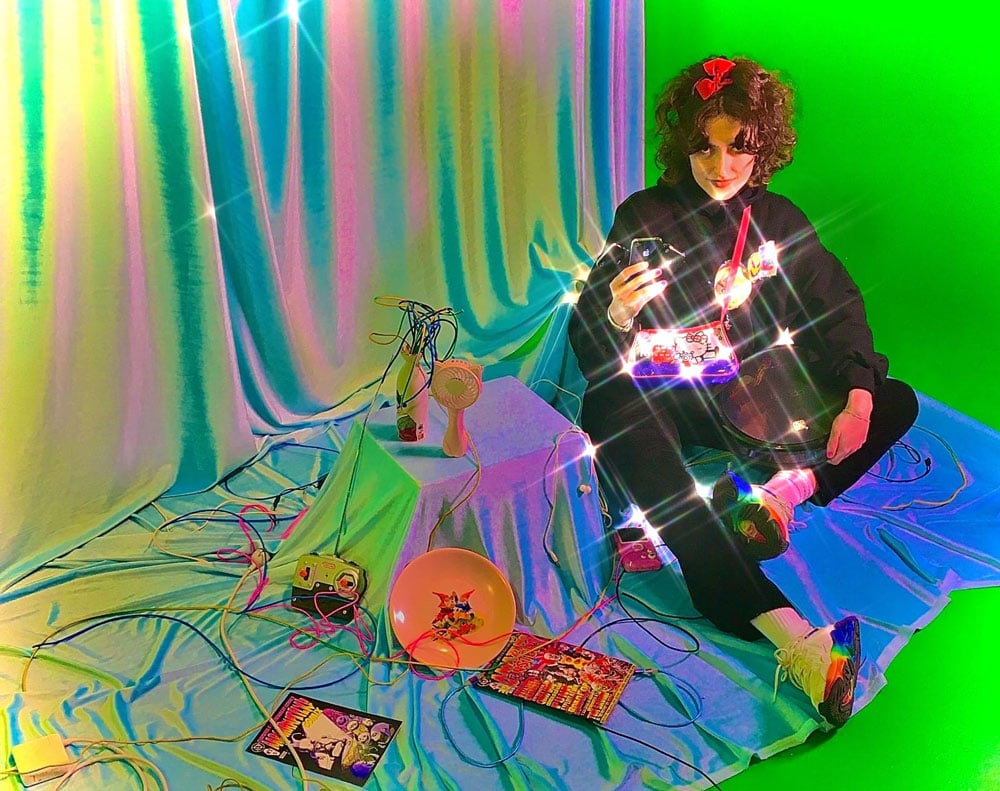 Modern witches are using TikTok to hex the moon

Many people associate witches with medieval connotations—wrinkly old ladies wrapped in black cloaks,  jars of pickled frogs, public executions in town squares. Others, like me, associate them with middle-aged mediums and palm readers, imparting spiritual advice for a hefty price in back-alley stores or the comfort of their living rooms. But TikTok, the world’s fastest-growing social media app, has introduced an entirely new brand of witches. Witches of TikTok, as they’re referred to, are typically young girls with a keen interest in witchcraft who use the platform to create a community of people fascinated by the occult. And it seems to be working, as some of these witches have thus far amassed hundreds of thousands of TikTok followers.

Why are witches on TikTok?

The TikTok witches extravaganza did not appear out of the woodwork. Over the past few years, as the chaos unfurling in the world has consumed every ounce of our attention through the news and social media, many people have turned to mysticism in search for answers and comfort, as well as to ponder the greater questions about the meaning of life. Astrology, palm reading and witchcraft have become increasingly popular, particularly among younger generations. Popular culture echoed this rising fascination with shows like the Netflix reboot, The Chilling Adventures of Sabrina.

It is out of this mystical resurgence that many young people (typically women in their mid-teens to early twenties) have created the image of the new witch—savvy, semi-gothic yet colourful in style, and reasonably engaging and entertaining. TikTok, which in 2019 ranked as the most downloaded app in the Apple Store, has been instrumental in cementing the identity of young witches and giving them a container in which to thrive.

As of July 2020, the hashtag #witch has garnered over 194 million views on TikTok, #witchesoftiktok has received over 693 million views and #witchtok has currently more than 2 billion views. But what is it about TikTok that lends itself to fanning the flames of friendly witchcraft?

Many TikTok users and media experts point out to the platform’s inclusive and inherently social structure as a possible reason. The app’s brief 1-minute videos (which usually respond to previous ones) and user-friendly editing features have enabled ‘veteran’ and ‘baby’ witches (as well as anyone who’s interested) to share content freely in a creative, humorous and engaging way—from snippets of crystal healing tutorials to music-infused Tarot spreads and viral threads of Pagan rituals.

“On TikTok it’s quick tips and things that anyone can do,” said Selby, a TikTok witch with a following of 283,800 in an interview for WIRED. “It also humanises witches. There’s a lot of negative stigma surrounding witchcraft and witches but with TikTok, I can show the more personal side of myself, like being a mother.”

TikTok’s unique algorithm, specifically the one operating the app’s For You page, has also been identified as a primary advantage of the platform in fostering a witch-hub. Unlike its evil older sibling, Instagram, TikTok’s algorithm does not trap users in inescapable echo chambers, but rather exposes them to content creators they wouldn’t have otherwise come across. Also, compared to Instagram, TikTok is less associated with commodification and profit, and tends to inspire fewer feelings of frustration and incompetence in its users (at least so far).

“The For You page is a very important feature because it doesn’t make us live in a bubble,” Selby further told WIRED. “Even though I’m a witch I’m not only showing on other witch’s feeds, like you would on Instagram. It helps you reach people you normally wouldn’t. It’s nice to be on a platform that supports creators, and doesn’t just look at us like advertising opportunities.”

Why witches on TikTok have tried to hex the moon?

Witches on the video-sharing app have just recently claimed they have “hexed the moon.” To put it simply, fellow WitchTok users have started explaining exactly what happened on Twitter.

Is the moon fine, scientifically speaking? Yes, even witches on TikTok have admitted that. Apparently, some witches were upset at the audacity of the few people that would want to hex the moon, which is sacred in witchcraft. Whether you believe in it or not, it’s an understandable reaction coming from witches but the moon is the same as it always is—no amount of incantations can change that.

TikTok’s growing community of young people delving into mysticism can be viewed as a sign of hope in a world increasingly ravaged by sarcasm and isolation, and with mainstream, institutional religions monopolising on spirituality and discouraging many of us from contemplating and discovering the core essence of our being.

Could this viral witch phenomenon be the gateway for millions of people to genuine spiritual exploration? Or is it, as most things social media, merely a fad that will evaporate as soon as our attention flutters to the next trending craze? Perhaps a deeper question would be—can genuine communities be formed on online platforms that revolve around saturated feeds and visual snippets geared primarily toward the imbibing of attention?

Only time will tell. Or the crystals. 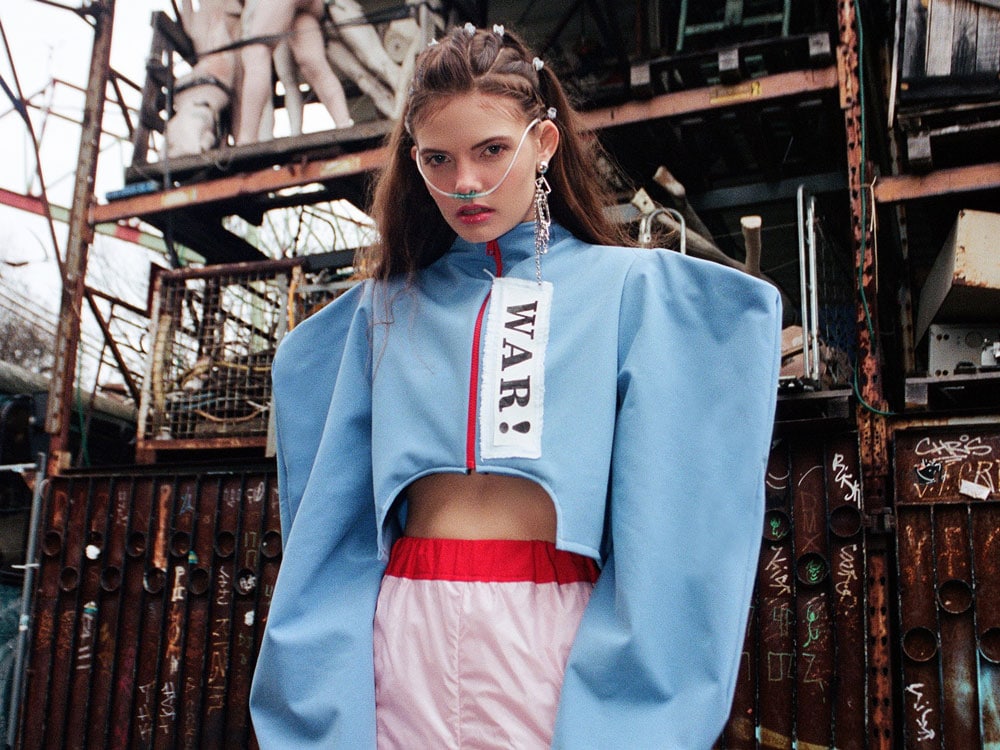 How TikTok is becoming our go-to app for political activism

It’s funny how the apparent generational rift can divides us—new gens are often criticised by some of our predecessors, be that  our social media habits and apparent phone addiction or the presumption that we don’t care for the world around us. Yet, when we do share our opinions on urgent issues such as climate change or poor political policy, we are labelled as ‘snowflakes’.

Being the ‘social media generation’, it isn’t surprising that we end up resorting to social media activism, with many now turning to TikTok to resonate with a wider and younger audience. TikTok is rapidly increasing in popularity, especially amongst gen Z audiences, who make up over 50 per cent of the platform’s user base. So how did TikTok become the go-to-app for politically driven content?

This week, the UK is about to have one of its most important General Elections in recent history, which will be a turning point in determining the future of the country’s politics; naturally, our social media feeds are covered with news about this. Ela, perhaps better known by her Instagram handle @sunkidi, has recently published a TikTok video on her Instagram feed, which has now gone viral, questioning why people vote conservative. “I made it on a whim really. I’m in my pyjamas in the video aha. I make really stupid TikToks when I’m bored and post them on my private Instagram, it was never meant to go on my public insta but my friends thought it was funny so I posted it there,” Ela tells Screen Shot.

The video has now received over 93 thousand views, and has been shared by hundreds, with Ela receiving overall positive responses, as not only did she manage to start a conversation about something incredibly important and find a way to engage with people online, she did so through humour. “I think every generation uses different means to express ourselves. Memes can cover all sections of life so there’s something for everyone to have a giggle at,” says Ela. It appears that as a generation we tend to turn to memes, humor and now TikToks to voice our concerns, and it is incredibly effective.

“I think social media is so important for this election because it’s giving people access to information that isn’t broadcasted by mainstream publications and it’s giving people who are suffering under a Tory government a voice.” There is also a real push to get young people to vote in this election, firstly, because the election determines the long-term future of the youngest members of the country, and, secondly,  since there has previously been a lack of young people in the electoral register. A large majority of gen Zs were unable to vote in the Brexit referendum, for instance, because they were underage at the time. Since this current election was announced, over 47,000 new applications have reached the voting age by September alone.  Ela is not the only one who used TikTok as a means to create awareness for this election; the Brexit Party is an avid TikTok user, while young supporters of other parties also turn to TikTok to create politically driven content in regards to the election and the current state of British politics.

It is uncertain what exactly influenced new voters to register, but activism and social media influence have played an active role in that. So do we owe it to ourselves and others to be political on social media? “I think we do owe it to ourselves to be political!” Ela tells Screen Shot. “I think social media activism is so important. I remember In 2014 finding out about the Ferguson riots before the mainstream media had reported it. I also think the media can be so quiet on important issues that people need to know such as the Hong Kong riots and killings of Muslims in China for example. I wouldn’t have known about that if it wasn’t for social media.”

It is true that there are many cases in which social media has managed to report on news before mainstream news outlets have; the Sudan crisis being a great example of such, or the most recent Chinese concentration camps for Muslims, and social media activism has been pivotal in raising awareness to these issues. Teenager Feroza Aziz recently went viral after posting a TikTok disguised as an eyelash tutorial in which she speaks about what is happening, urging people to take action—with the Chinese app temporarily disabling her for doing so. That hasn’t stopped Feroza, however, as she tells the BBC that she is not “scared of TikTok”.

The future belongs to the new gen, and we are claiming it by fighting for a better, kinder future, TikTok by TikTok, if that’s what it takes.