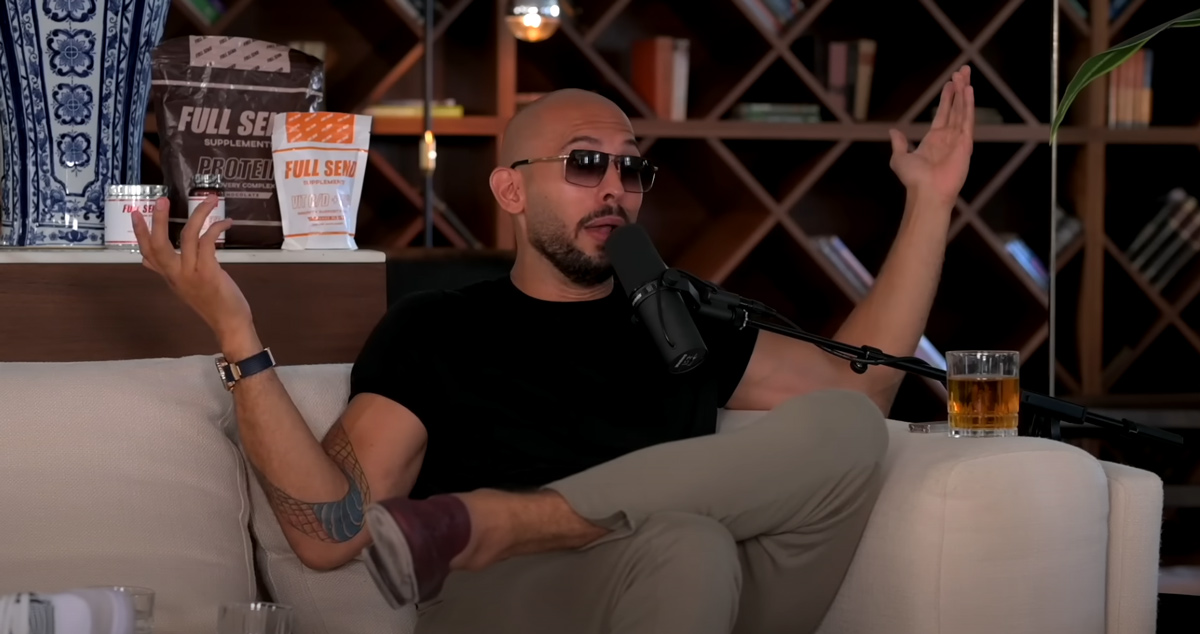 We all know by now that Andrew Tate isn’t a particularly ‘nice’ person. So much so that, recently, top social media platforms like Facebook, Instagram and YouTube have decided to ban him from using their services, and TikTok has even gone as far as to remove any video of his that promotes sexist and misogynistic views—so most of them, really.

Thanks to major websites bringing the ban hammer down on Tate and his questionable content, the move has given netizens so much meme ammo that they don’t know what to do with all of it. Thankfully, some clever souls have started ‘banning’ Tate from all kinds of places online, namely video games, and each meme is funnier than the last.

With Nintendo’s latest addition to the Splatoon franchise just weeks from its release, Twitter user @wifflewaffle_ has created a masterful meme banning Tate from the Splatoon 3 Splatfest World Premiere. This shouldn’t be too much of a blow to the self-proclaimed ‘Top G’ considering the fact that he gives off strong ‘video games are for babies’ energy.

Instead of catching ‘mons, Pokémon GO has told Tate to catch these hands because they’re rated E for everyone. I guess he’ll never fulfil his dream of being a Pokémon master. Sorry, not sorry.

The Sims is such an iconic life simulation game that it needs no introduction. Though Tate’s ‘banning’ from The Sims 3 feels like something that could actually happen in the game, what makes this a top-tier meme is that The Sims 3 Store, which Tate has been creatively ‘banned’ from, has actually been shut down by Electronic Arts for years. The offensive character would never make it on there anyway—that would require some original ideas and his controversial ravings all sound like Simlish to me.

Taking the meme in a different direction—and possibly the funniest one yet—Tate has been ‘hired’ by the American video game holding company due to his misogynistic comments and recent allegations. Arguably, he would be right at home at Activision Blizzard, as its toxic work culture has prompted many women across multiple studios to come forward with sexual assault accusations.

Oh dear, of all the places the man could be banned from, this one will probably hurt the most. Time for you to sashay away, queen.

This is it. This is the one that takes the cake. Not only has he been banned from The Sims but now iBeer too? Tate, you’ve officially hit rock bottom. Why don’t you go get an actual pint to help you chill out? 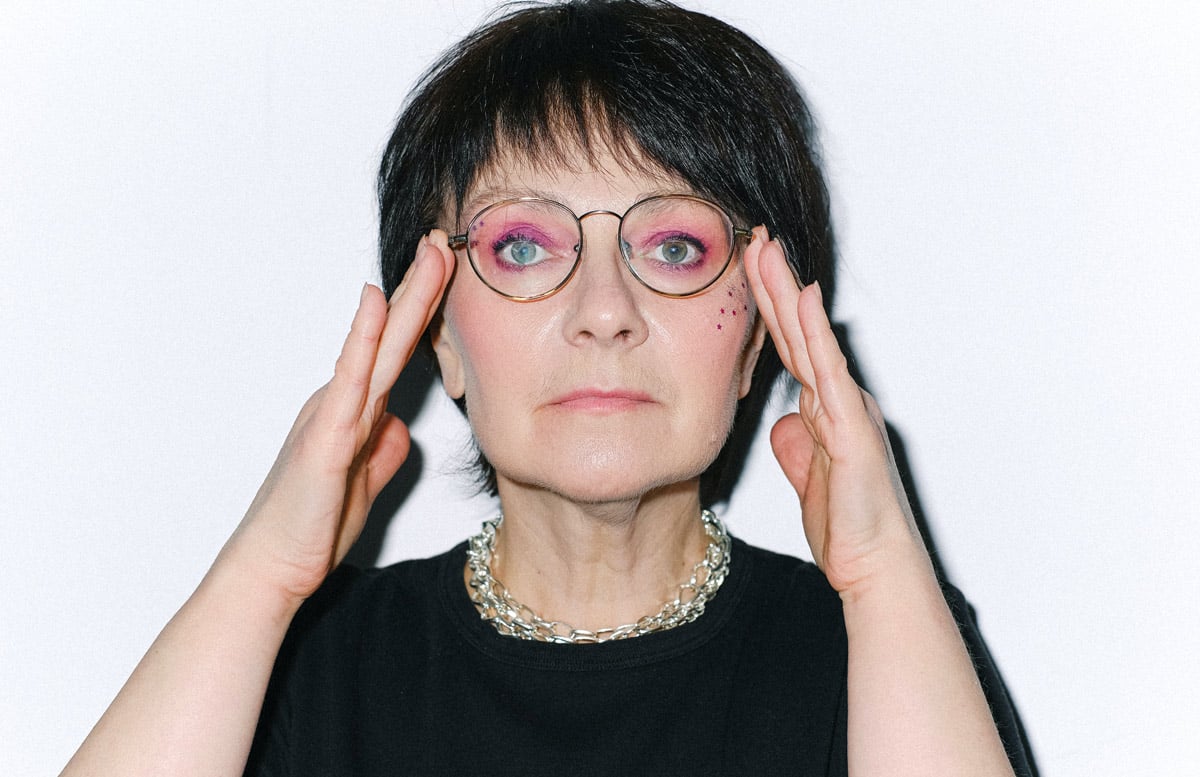 By now you’ve heard of toxic masculinity, I even once wrote about toxic monogamy, but have you heard of toxic femininity? Don’t worry, we were just as confused at first. Here is everything you need to know:

What is toxic femininity?

Toxic femininity can manifest in different ways, and therefore, its meaning can vary.

In its simplest form, toxic femininity refers to women shaming other women. Sometimes, this involves using traditional feminine qualities as a means to do so, acting as if there is a ‘right’ or ‘wrong’ way to be a woman. For example—choosing your career over your family, or choosing to grow out your body hair instead of waxing or shaving it. Other times, this can be a little more niche: shaming women in the name of feminism.

In that case, women are being judged for not meeting someone’s expectations or ideas of what feminism should look like. For example, you might be judged for getting plastic surgery because some people might assume you are subscribing to patriarchal beauty standards and therefore giving into the male gaze. Or you may be shamed for wanting to prioritise your marriage and family over having a career, because this gives in to misogynist tradition—but remember, feminism is also about personal choice. As long as you are not harming anyone, it’s not anti-feminist to make a choice that works best for you.

In other cases, examples of toxic femininity can be seen in the way of women using stereotypes attached to their gender as a form of manipulation, which can sometimes get malicious. It’s using qualities such as softness, vulnerability, and fragility in a false manner, and it’s typically white women doing so.

Historically, white women have used these exact traits to falsely convict men and people of colour. Take the case of Emmett Till as an example, who was lynched for allegedly whistling at a white, married woman—who sixty years later admitted to having lied. Take the example of the ‘Victoria’s Secret Karen’ incident that happened recently. Or take a look at a whole TikTok trend that exists for the sole purpose of women falsely using these traits as a tool of manipulation.

How did the term toxic femininity come about?

“There’s toxic masculinity but what are examples of toxic femininity?” asked user u/VysX_ in a recent Reddit thread, sparking a wave of responses. “Being told I’m not a real woman because I don’t want kids. I was told this by a woman,” answered one user. “Women who think other women who enjoy cooking, child-rearing, and homemaking are perpetuating stereotyped gender roles enforced by the patriarchy. Tearing other women down because what they enjoy doesn’t fit into the tiny box of what YOUR version of feminism should be is toxic femininity to the max,” wrote another.

Interestingly enough, toxic femininity isn’t a new term. Previously, it has been used by men’s rights activists as an anti-feminist rhetoric, and a response to them being associated with toxic masculinity. The idea is that women can be toxic too—and of course they can. Anyone can be toxic, regardless of sex or gender identity.

According to Urban Dictionary, toxic femininity traits are developed as a result of how women are treated, and taught how to act by society, often starting off from a young age. Historically, men used to have control over society, meaning it was difficult for women to be seen as equals to them, let alone overpower them. Nor did they really have the actual rights to do so. Because of the patriarchal structures in place, in the eyes of men, women’s best qualities were their femininity—their beauty, their ability to be homemakers, and their social status. Their success almost solemnly depended on this. As a result, women were made to feel like they were each other’s competition.

Today, the pitting of women against each other continues, although it manifests differently. It can be seen in the form of gossip or social exclusion, and in fact, is most common in the modern workplace. According to previous research conducted by the Workplace Bullying Institute, 58 per cent of workplace bullies are women, with 90 per cent of their victims being female too. This is also known as ‘Queen’s Bee Syndrome’ (a term coined by Cecilia Harvey, founder of Tech Women Today), which is when women demoralise their female colleagues in order to manipulate others to think less of them. Pretty twisted, right?

Toxic masculinity, toxic femininity, sexism, misogyny—so many terms, is there really a difference?

Some might see toxic femininity as the antonym of toxic masculinity. Others might simply argue it can’t exist. Many traits of toxic femininity are also traits of internalised misogyny. Both are a bi-product of social gender inequality, and perhaps it would be unfair to judge either without addressing the root of the bigger problem. Some elements of toxic femininity exist because of the ways in which women have been treated for centuries, and pitted against one another—progress takes time, and until we address all of the issues that come with this, it won’t go away anytime soon.

Neither masculinity nor femininity are necessarily good or bad—but it’s toxic displays that hold us back from gender equality. Remember, anyone can be toxic, regardless of their gender identity.