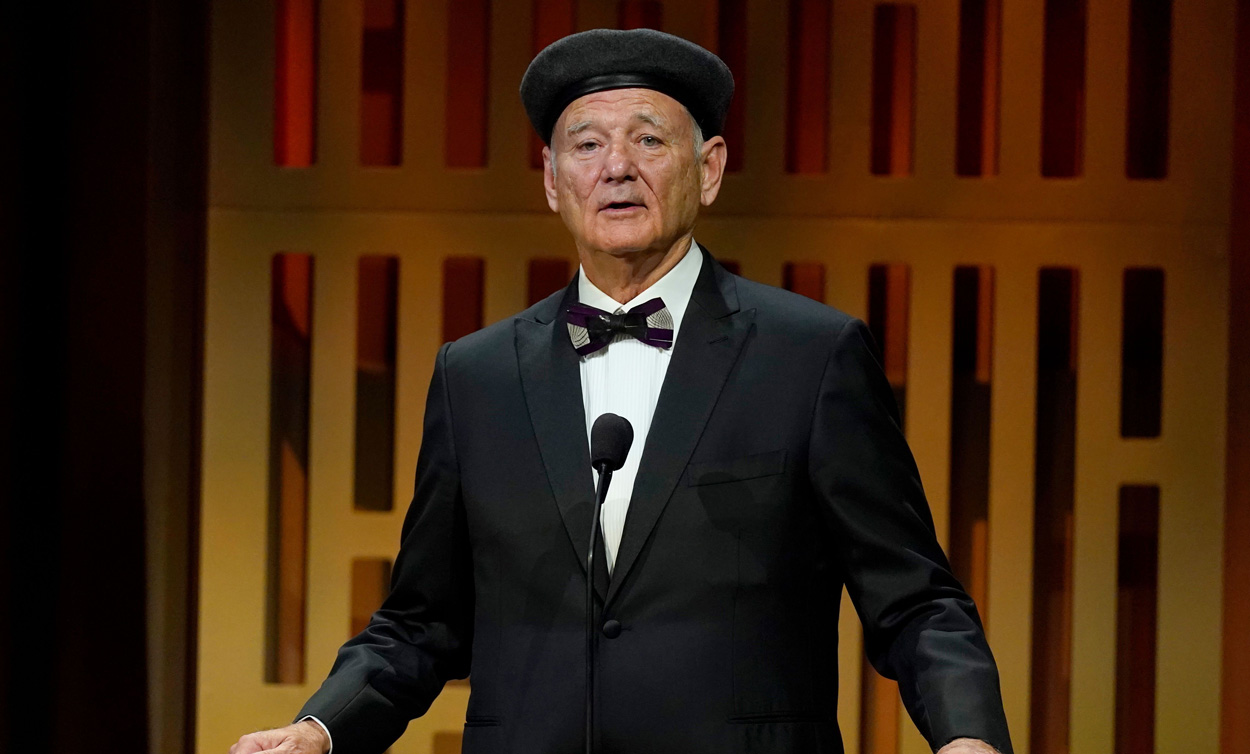 Bill Murray pays $100,000 to silence latest victim who was attacked on set of Aziz Ansari’s movie

You would think that when American actor Bill Murray—who’s previously faced a string of workplace misconduct claims including Geena Davis’ accusation that Murray sexually harassed and verbally abused her during the filming of the 1990 movie Quick Change—was approached by fellow actor and comedian Aziz Ansari (who’s also been accused of sexual misconduct and although he addressed the matter in his Netflix special Right Now, he never bothered to publicly apologise for it) to star into his 2023 film Being Mortal, someone in his PR team would have spoken up about just how bad of an idea this is.

Well, for whatever reason, no one did, and so Murray took on the project—which, it should be noted, is written, produced, directed and starring Ansari. And guess what happened on set? The 72-year-old allegedly behaved inappropriately with a “much younger” female production assistant, resulting in Murray paying the unnamed victim $100,000 in exchange for confidentiality and no further legal action. Nice one, Bill…

Back in April 2022, Variety reported that a letter was sent to Being Mortal’s production team stating that “production cannot continue at this time,” due to an investigation into the allegation made against Murray.

Said allegation claimed that the actor grabbed the female production assistant near a bed from the set, kissed her on the mouth through his face mask, and also on her body while “straddling her.” As the woman understandably interpreted these problematic actions as “entirely sexual” and was “horrified,” Murray himself told CNBC that he was only trying to joke with her and it “wasn’t taken that way.”

“I did something I thought was funny… The world’s different than it was when I was a little kid,” Murray went on to state. That’s strong, coming from someone who was also accused of “inexcusable and unacceptable” behaviour on the set of 2000’s Charlie’s Angels by cast member Lucy Liu. What’s Murray’s poor excuse for his despicable comments made towards the American woman?

Furthermore, in her recently published memoir Dying of Politeness, Davis shared details about her complicated relationship with the previously beloved actor. In her book, she alleged that prior to filming, Murray tested if she would be “compliant” by requesting that she lie on a bed and try a massage device called “the Thumper.”

“I said no multiple times, but he wouldn’t relent,” Davis wrote. During shooting, Murray also allegedly screamed at her and others on set. Speaking to Vanity Fair, she shared, “Once I had that experience, on day one of the movie, then everything about him after that was completely coloured by knowing what lurks within. I saw it very, very often when he would deal with other people that way.”

Production has not yet resumed on Being Mortal, though it seems that everyone saw it coming except the two alleged sexual predators leading the disaster movie…

In March, movie mogul Harvey Weinstein was sentenced to 23 years in prison on sex crimes and rape conviction, three years after the first allegations against him were thoroughly listed in the article Harvey Weinstein Paid Off Sexual Harassment Accusers for Decades published by The New York Times.

Among the most recent allegations, those coming from former production assistant Mimi Haleyi and actress Jessica Mann were crucial for the conclusion of this trial and for paving the way for a new kind of test in sex crime trials, as claimed by The Washington Post.

While the verdict—which was widely celebrated among those who have followed the #MeToo movement—managed to break through our current COVID-19-related media filter, little attention was given to the pivotal role that Mann’s testimony played in the popular trial and beyond.

During the three-day trial, Jessica Mann described in detail the several occasions in which, throughout the 5 years they have known each other (from 2013 and 2017), Weinstein sexually assaulted her. One of the assaults, which was described to have taken place at the Doubletree Hotel on Lexington Avenue in Manhattan, was the main argument for charges of first and third-degree rape in the case against Weinstein. The second main accusation took place in Los Angeles at the Peninsula Beverly Hills hotel. According to Mann’s testimony, on this second occasion, the producer also tried to make a sex film with his phone staged up on a table facing them.

Mann’s testimony was a difficult one to hold accountable, as among the two times she was allegedly raped by the Hollywood producer, they had numerous consensual sexual encounters, both before and after the abuse. Messages and emails Mann sent to Weinstein were presented in court and showcased her praising him for helping her with her career as well as her personal life. By looking at the exchange of content, some of the juries could have argued that the two had a romantic relationship, which was exactly the argument the defence lawyers used to discredit Mann’s allegations. Mann’s story also had several inconsistencies, making her an easy target for the defensors, and more generally a weak testimony for a sexual assault case.

Mann was labelled as an opportunist by many and her account was harshly discredited by Weinstein’s defence attorney Donna Rotunno. This isn’t a treatment kept exclusively for Mann, but is a wide-spread argument used against women who have come forward accusing powerful men of sexual assault.

Having previously been on friendly or romantic terms with the abuser, the state of soberness of the victims, and the time gap between the assault and the accusation are just a few of the several arguments used by both defenders and the public opinion to disprove the victim’s account in order to protect the reputation of someone accused of sexual harassment and sexual abuse. For a long time, when it came to sexual abuse allegations, a widespread misconception made people believe that rapists had to be a stranger, someone outside of the victim’s network.

Prior to this, testimonies such as the one Mann made on Harvey Weinstein’s crimes were rarely considered by the jury, making her braveness and Weinstein’s consequential sentence not only a victory for this case specifically but a hopeful shift in how sexual assault cases are handled.