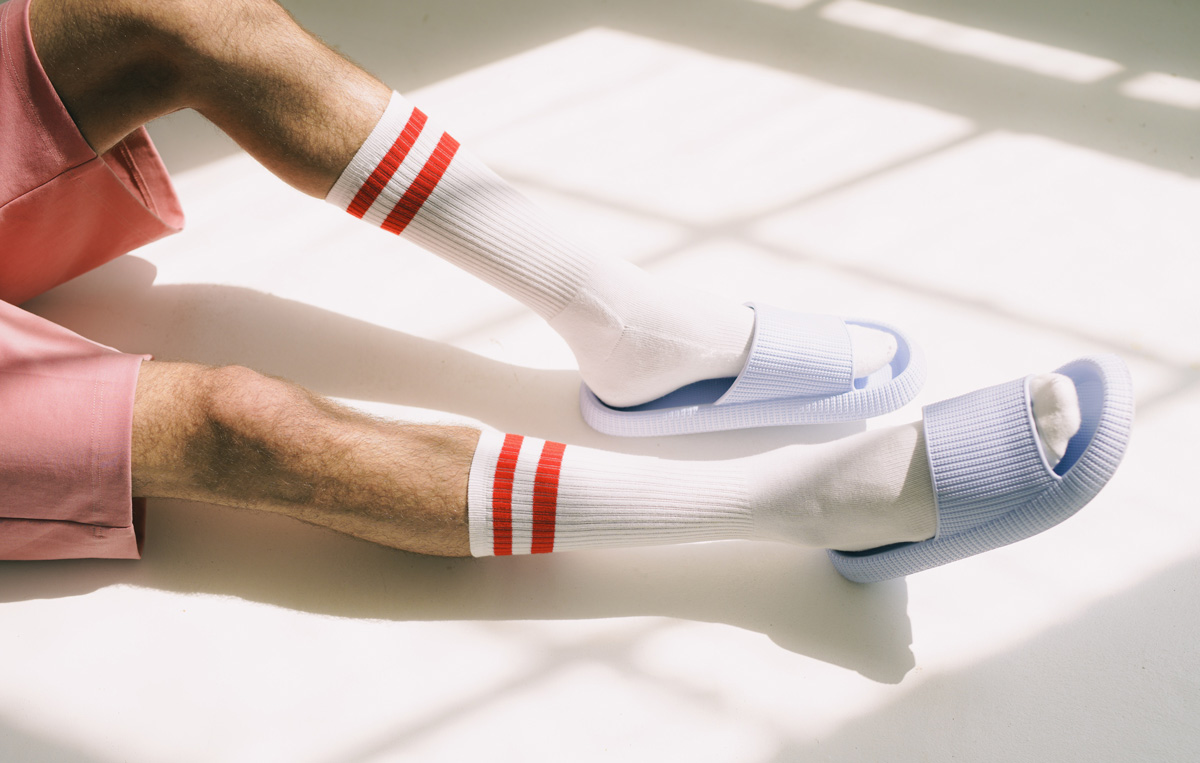 ‘Behind every successful man, there is a woman’, goes the common lore. Now, a faction of the internet is opposing their own rights to literally manifest themselves into the backbone of men’s rights activism. Dubbed ‘Honey Badgers’, these women campaign tirelessly across a range of issues, including men’s mental health, custody laws and domestic violence perpetrated against men—all with an underlying hatred of feminism. They are supporting the men’s rights movement, a group which originally began under the name ‘men’s liberation’ during the 1970s, “in order to provide a critical understanding of the conventions of masculinity,” and is now known as ‘Men’s Rights Activists’ (MRA).

At the time, these men were responding to the rise in feminism, eventually splitting into pro and anti-feminist sects. While, originally, both groups fought to redefine what it meant to ‘be a man’, as the decades progressed, the anti-feminist wing of the group only grew to become what we now know today as MRA. A community of men who feel neglected by society as a result of the rights women have gained through feminism and commonly holding resentment towards women in general. They are often fuelled by the belief that “they are victims of oppressive feminism, an ideology which must be overthrown often through violence.” The emergence of such like-minded spaces online has only empowered and perpetuated their views in recent history.

Honey Badgers get their name from this viral YouTube video, hoping to mirror the sentiment that the equivalent animal “really doesn’t give a shit.” Some could say they are perfectly named because these women are indeed ruthless, with an extensive history of doxxing their opposition. At times, they also appear utterly heartless. When it comes to men believing in the same twisted reality, who better to name than Paul Elam, founder of popular MRA website A Voice For Men. Elam once declared that he would “vow publicly to vote not guilty, even in the face of overwhelming evidence” in a rape trial, because of his belief that women are inclined to make false accusations. He has even gone so far as to create the website Register-Her, where people can report women who have made “anti-male” statements.

On a quest to discover what makes this group so antagonistic, I spent time trawling the forums, YouTube channels and news sites frequented by Honey Badgers. I also spoke to British MRA, Elizabeth Hobson, also known as @anti_fembot, who currently runs the website Woke Father—having previously worked for the political group Justice For Men and Boys.

Hobson defines herself as an “anti-feminist gender equality activist” in her Twitter bio. When asked to explain its meaning, she told me, “I don’t hate feminists, I hate feminism,” a distinction I find hard to appreciate. While Hobson claims that the Honey Badgers movement is nothing but peaceful, she also said that the recent events in Plymouth (which she mixed up with Portsmouth) were “an absolute tragedy” but it didn’t change her perspective at all. Hobson ultimately “believe[s] that incel communities do more good than harm,” although she does also acknowledge that “they are messy.”

Incelism has been shown to generate incredibly dangerous ideologies which often indoctrinates men into a hateful movement that promotes violence against women, using derogatory terminologies and reinforcing traditional gender roles. It’s no surprise then that this has bled into the physical world with attacks like the 2014 Isla Vista killings. The killer is perceived as a ‘hero’ among incels who make use of his photo and name on their profiles within forums to maintain anonymity.

Back to Elam whose website, designed like a traditional news site, creates a guise of professionalism. It features self-published articles and links to external sources, all centred around men’s issues. It is presented as the only honest news source among gynocentric journalism, however, many of the articles published are either simply untrue or rely on fear-mongering content coupled with sensationalist headlines like ‘men banned from applying for city council job’. This is a technique frequently employed on MRA websites in order to further radicalise members.

The oh-so-charming man also runs Regarding Men, a “refuge from gynocentric norms” for ‘Red Pill’ men, a term used within the community to refer to the concept from The Matrix that taking the Red Pill provides the truth. In order to access this feature, which Elam feels is so important for men’s mental health, followers have to pay a monthly subscription, starting at $5 (which currently has 116 subscribers), and can go all the way up to $100 (which unsurprisingly only has one subscriber). This allows men to access daily talks from prominent MRA figures, and a forum called the Cyber Shed, which is meant to help with the “isolation [experienced by] Red Pill men living in a Blue Pill world.”

There seems to be a clear difference between the men and women within the movement. For Honey Badgers, their campaigning often stems from loyalty to the men in their lives, be it their sons, fathers or partners. For the men, it stems from a hatred or resentment of women as they feel their rights are being infringed upon by feminism. Without wanting to reinforce stereotypes of women as ‘maternal’ and men as ‘alphas’, this distinction is clear in the way that they talk about men’s issues. Men tend to use misogynistic language and vile terminology, while women tend to be far more eloquent, using statistics and personal anecdotes to gain sympathy—making them perhaps the most effective recruitment tactic for MRAs.

Honey Badgers find solace in the women of the Honey Badger Brigade: Karen Straughan, Alison Tieman and Hannah Wallen, all of whom have a strong internet presence. They host a weekly podcast and blog where they discuss issues such as the sense of purposelessness men feel in modern society, directly comparing it to the idea that gender studies are what led to the failure of the war in Afghanistan—thus, has widened the gender divide even more.

Like Elam, the Honey Badger Brigade runs a Patreon with eight tiers, charging per radio show from as low as £4 and up to the ludicrously overpriced £459.50. Additionally, they sell merch, having essentially turned what began as activism into a full-fledged business.

In their PhD thesis project, now-Assistant Professor of Sociology at Oklahoma State University Doctor Rachel M. Schmitz and Emily Kazyak identified two main sub-groups within the ‘manosphere’: ‘Cyber lads’—whose websites focus on providing “a breadth of lifestyle advice aimed at empowering men and encouraging them to unapologetically embrace their masculinity”—and ‘Virtual Victims in Search of Equality’, consisting of “men who feel victimised by society and argue that men are equally oppressed compared to women, if not more so.”

Schmitz and Kazyak analysed several MRA sites, finding that “by creating an adversarial binary between women and men [they] delegitimize women’s issues.” When I reached out to Schmitz, she explained that MRA websites use “a guise that is more professional and legitimate,” but in reality functions to further the “intentional spread of false information.” This is one of the most prevalent issues within the movement, as Schmitz says their beliefs aren’t “grounded in reality.”

They view the world as one in which men are the most oppressed social group because of the “cherry-picking” and “pseudoscience” that they rely on. Speaking to Screen Shot, Hobson said she became “absolutely addicted to telling the truth,” to offset MRA disinformation. Schmitz also believes that the progression from online to real-world violence can occur as “harmful contagion reaches a boiling point which manifests in mass destruction.” This analysis, once again, makes us think of the events that took place in Plymouth.

This isn’t to say that the movement is entirely delusional; a lot of the issues they focus on are legitimate ones affecting men, such as high workplace fatalities and suicide rates. However, the group fails to address the core problems at hand and instead blames feminism. Schmitz agreed that the group has “very noble goals,” but that it ultimately only “reinforce[s] inequalities… with men at their ‘rightful place’ at the top,” failing to tackle the true issue of hypermasculinity.

In campaigning for men’s rights, Honey Badgers reinforce traditional patriarchal structures, which are historically oppressive but can provide them with comfort and familiarity. Human nature is made for self-preservation, so why do these women fight so vehemently for rights that oppose their own? Schmitz suggests that it is an attempt to “access patriarchal power” in a kind of “cost-benefit analysis which provides a more realistic avenue to move through the world and enact some agency, even if they have to compromise some of it,” as tackling oppression can be “draining and exhausting.”

Although MRAs would disagree, many of their beliefs actually align with some areas of feminism, with Hobson explaining that she just wants men and women “to have equal rights, opportunities, choices and treatment.” Before hanging up, Schmitz added that she believes “human ego is one of our biggest issues,”—worrying how she “sometimes comes up at a loss for what we can do” when we “can’t even appeal to their need to survive.” However, she is hopeful that one day we will no longer “view gender as an antagonistic domain but instead something to be celebrated.”

Somewhere in the history of the gender divide, ideologies have become confused and misunderstood. Wouldn’t the world be a much better place if we could tackle these issues together instead of blaming each other for the ones we face? What if we could create a (perhaps utopian) world in which everyone’s basic human rights are met, rather than one in which women’s very lives are put at risk?

It goes without saying that forcing everyone to be a feminist seems an impossible task and perhaps rather immoral, in the same way MRAs can’t force you to support their movement. However, feminism has not witnessed anywhere near the same amount of backlash from sociologists when compared to MRAs. This is a rather concerning and obvious indication that one of these movements fosters damaging views on gender that fails to achieve progress for any group—thereby only exacerbating existing issues. Perhaps MRAs are just ignorant and misogynistic, or maybe they truly do not perceive the harm they’re causing, but I find it very hard to support a movement that is, at its core, driven by hatred.