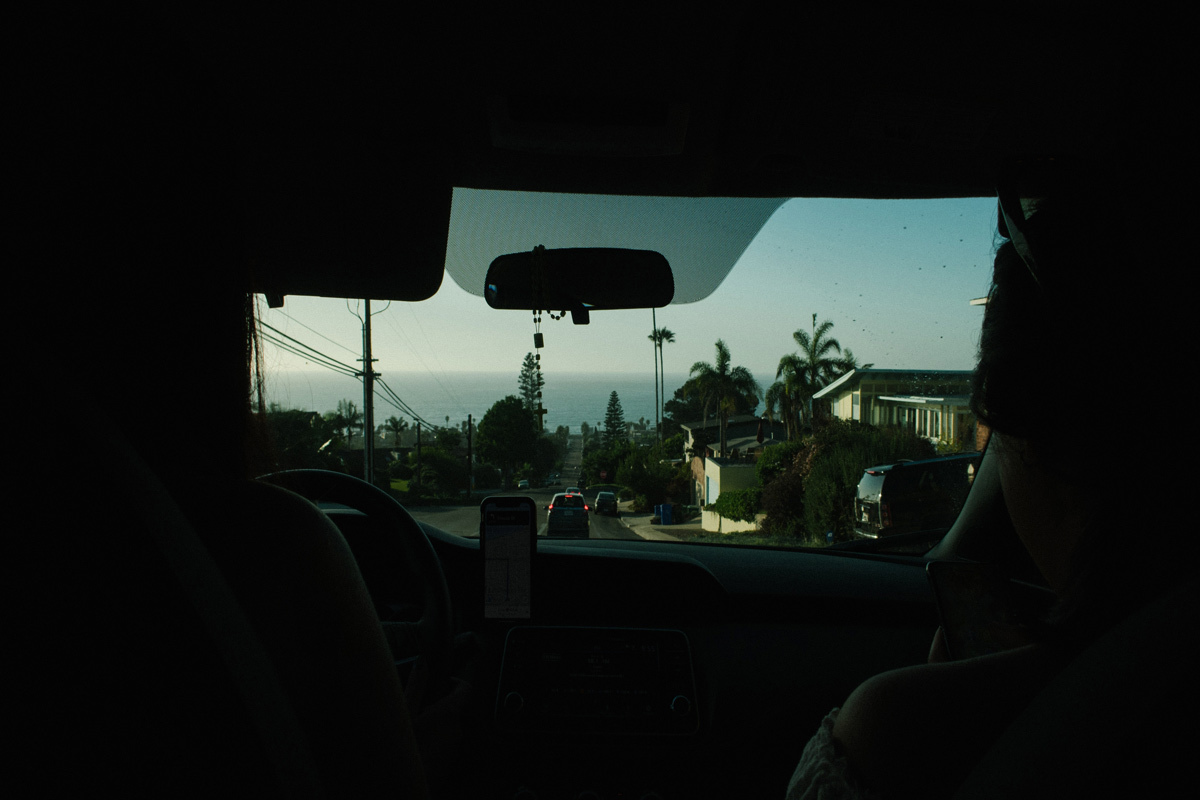 Following the launch of Uber’s new Women Rider Preference, female and non-binary drivers for the company in Australia are now able to refuse male customers.

According to a statement released on Uber’s website, this feature will be “accessible via the Uber Driver app,” and will let “driver-partners across Australia who identify as a woman or non-binary individual”  utilise it from today—Thursday 12 April—turning it on or off whenever they choose. The flexibility is a nice touch, leaving drivers with a say in who their clients are.

Emma Foley, director of driver and marketplace for Uber Australia had this to say about the new addition: “By providing greater peace of mind with Women Rider Preference, we hope to support women and non-binary driver-partners in amplifying their current earning hours, while unlocking barriers preventing Australian women and non-binary individuals from accessing flexible earnings that support their ambitions.”

According to SmartCompany, this change comes after a survey was hosted by Uber where 1,037 women aged 18 to 60 said they were looking for different ways to earn extra cash. More research, as noted by SmartCompany, has shown that 74 per cent of women wanted to start a side-hustle in order to ease income worries, and eight in ten were considering more ways to earn money. Despite all this, 88 per cent shared concerns that there were too many barriers in place that stopped them acting on their wishes, and 83 per cent said they needed more flexibility in order to do this. Quite shocking and deeply saddening statistics.

As a global, very high-profile company with over 3.9 million drivers worldwide, this new freedom for Australian drivers is a step in the right direction for equality and safety for women and non-binary people using the app. Foley said, “The Uber platform should reflect the diversity of the communities we operate in, including equitable gender representation among the driver-partner base.”

Whether this new feature will be rolled out across the globe remains to be seen, but with recent high-profile events such as the Sarah Everard case in the UK, it feels like it will only be a matter of time before it is. Combining women’s safety, gender equality and a drive to increase work opportunities for women and non-binary individuals alike, this represents a very encouraging step in the right direction and one that should be welcomed with open arms. 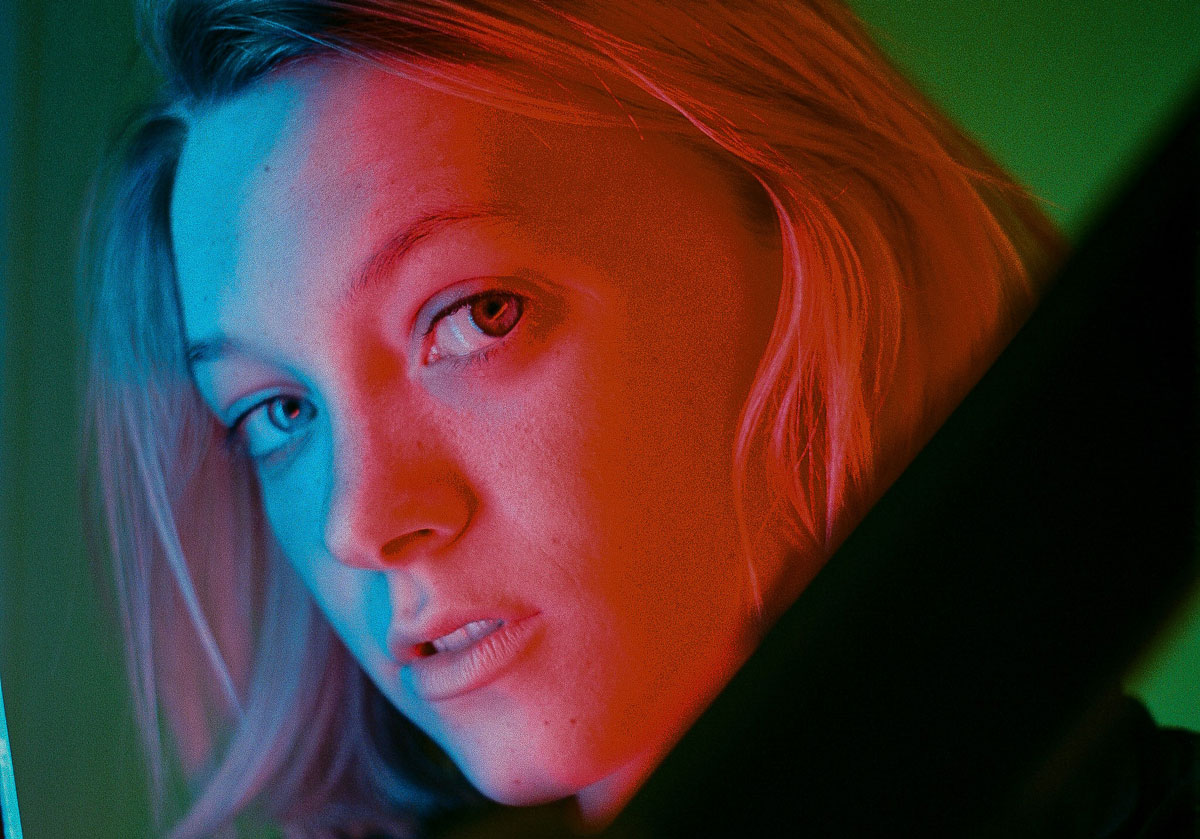 #NotAllMen play a part in it but #AllWomen are affected. Here’s why all men need to get involved

To say that the last week has been difficult and triggering for women in the UK, and across the world, would be an understatement. What started off with International Women’s Day, a day supposed to celebrate progress and the strive towards gender equality, quickly turned into tragedy. And men, I’m looking at you. We need to have a serious talk.

The devastating disappearance and murder of Sarah Everard, in which a serving Met Police officer has been charged, has sparked global outrage, and understandably so. Last week was also the first time many of us heard about Blessing Olusegon—a black woman whose body was discovered on a beach last year. The case, which still hasn’t been resolved, received a noticeably smaller amount of coverage than Everard’s, interest in it only resurfacing after her death.

In a response to Sarah Everard’s case, Met Commissioner Cressida Dick said that what happened “is thankfully incredibly rare.” Yet, Jess Phillips, the shadow minister for domestic violence and safeguarding, reportedly told BBC Radio 4’s Today that “since when Sarah first went missing, six women and a little girl have been reported as being killed at the hands of men.”  This comes at the same week as the World Health Organization revealed that one in three women globally have been subjected to physical or sexual violence in their lifetime. One in three—making it around 736 million women globally. Let that sink in.

Thousands of women have shared their own experiences of assault, harassment, being followed home, or abused. And on Saturday 13 March, images of police officers pinning women down to the ground resurfaced all over social media, following a vigil that was held in London’s Clapham Common to honour Sarah Everard and all other victims of gender-based violence. If we learned anything from the past week, it’s that in 2021, women are still not being taken seriously. Our concerns, our safety, and our wellbeing are not seen as a priority.

These events have sparked a huge discourse online around the safety of women worldwide, and the role that men play in it. As women started sharing their concerns, fears, and personal experiences, my social media was flooded with an array of responses from men. Some were reposting infographics about how they can be ‘better’, while others, who are normally very vocal about social issues online, stayed silent. Ironically enough, to my knowledge, some of the men in both categories mentioned had previously displayed questionable behaviour towards women. Either they are completely unaware of this fact, or chose to blissfully ignore it.

Outside of my own echo chambers, #NotAllMen started trending on Twitter as men quickly jumped to defend themselves (and so did some women too). Many who used the hashtag accused those speaking up of misandry, and trying to spread a politicised ‘agenda’.

Here is the thing though—you don’t need to go to the extremes of abducting someone or murdering them to be complicit in the violence towards women. I can sit here and list countless stories about me or my female friends being followed home, grabbed by strangers, tackled to the ground, harassed or assaulted. So many women can. But I can also share experiences I know many will not take seriously, or consider to be a ‘big deal’, that contribute to this culture of violence and abuse. Like being coerced by men I’ve previously dated, whom I’ve trusted. I did it, so you would count it as consent, right? Or how many times have you heard other men say that speaking about consent ‘mid-action’ ruins the mood? Because I have lost count, and I am tired of it.

Just last week, my best friend was on a work Zoom call with a male client who thought it was appropriate to compliment her smile in a follow-up email. This may seem like a harmless comment, but it’s not—predatory behaviour begins somewhere. She ignored the comment and responded saying that if he has any more concerns or questions over the work matter, they can discuss via call. “Don’t tempt me with your number,” he answered back.

In this case, this man knew exactly what he was doing—he is double her age, has a more senior position, and he is her client on top of that. But he made the decision not to back down after his initial comment was ignored. Every single time that a person gets away from something without any accountability, it snowballs. Locker room talk, objectifying women as a ‘joke’, your friend mistreating his girlfriend, or speaking about women with a general lack of respect. Yes, in the grand scheme of things, these are minor—but it always starts small, and then it escalates, until it’s too late.

There have been alleged reports that prior to Sarah Everard’s disappearance, the officer charged with her murder had already been accused of indecent exposure. Of course, that does not even begin to compare to the horrific experience Everard had to go through, but this person allegedly previously displayed predatory behaviour, and got away with it. Whether it was not acted upon fast enough, or completely overlooked, it led to a catastrophic, irreversible consequence.

Everyone knows someone who has been harassed, assaulted, or raped. Yet it seems that nobody knows an assaulter. But these people are around you; they are in your circles, at your workplace, they might even be your friend or family member. And until you start having these conversations, you won’t know. If you don’t believe me, just look at the recent statistics published by The Guardian last week: 97 per cent of women aged between 18 and 24 have been sexually harassed or assaulted.

Yes, men suffer from sexual assault, harassment, and violence too—no one is denying this. While the numbers of women reporting their sexual assault experiences are significantly higher, it is crucial to mention that many men do not report theirs, due to factors like people not taking their experiences seriously, downplaying the severity, or simply telling them to ‘man up’. It is truly a huge issue, and as a society, we all need to do better.

But what you seem to forget is that all of these factors that are in place are only there because of the patriarchal system we live in—the one that men created in the first place. And it’s up to you to dismantle it. Until you do, none of us are truly safe. Not men, not women, not transgender, queer, or non-binary people.

When women call out these negative experiences, the goal is not to create some kind of ‘man-hating’ agenda—we are not your enemy here. We ask that you truly listen and take all of our concerns, allegations, and reports seriously. Because until you do, we are not safe from abuse.