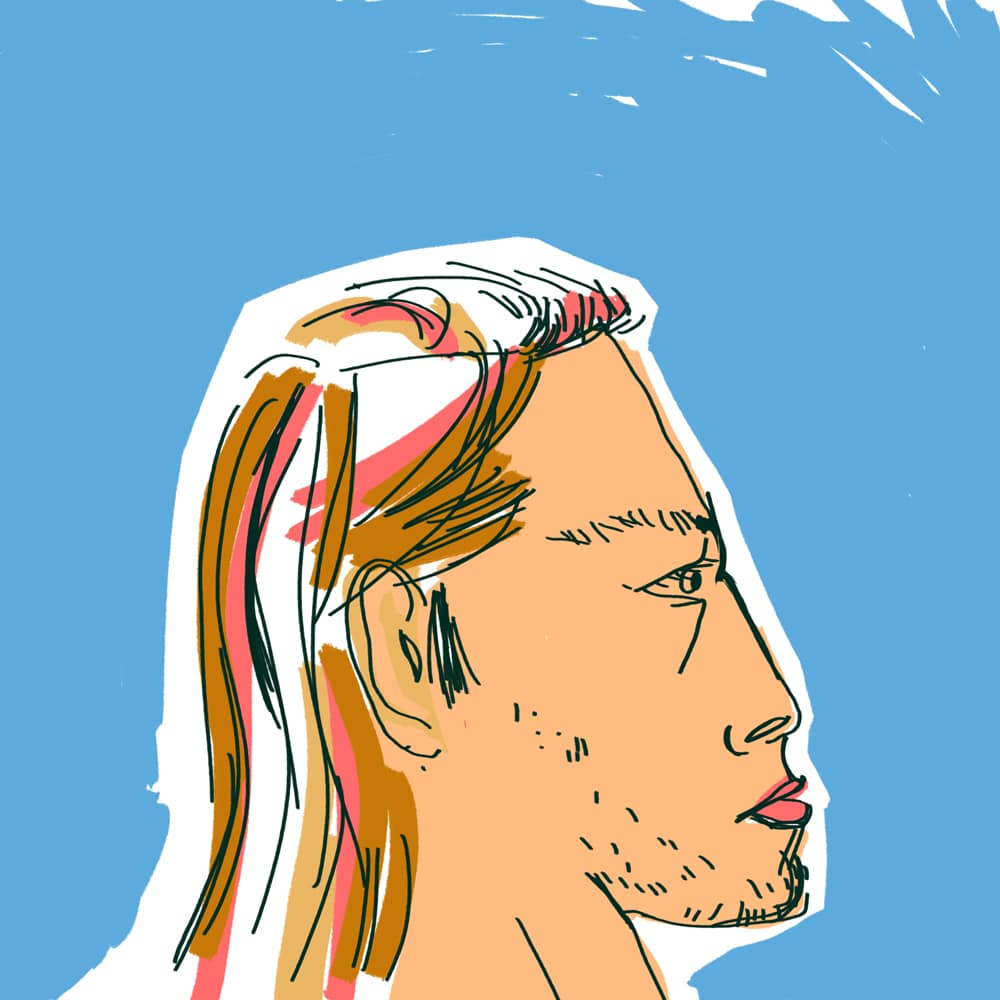 Thoughts from the other side: my conversation with a Republican

A couple of weeks ago, my husband and I took a trip to the west coast to conduct a long-overdue introduction between me and his family, all of whom gathered at his sister’s house in Spokane, Washington for their bi-annual get-together. By most standards, my first encounter with his family was a success. They were warm. Welcoming. Impeccably American. Yet, while meeting my husband’s parents and siblings went by swimmingly, the same wasn’t true of my first encounter with his brother in law, Tyler.

As we walked into their house on the first day, Tyler greeted me with a radiant smile, an assertive embrace, a t-shirt that read “If you know how many guns you have YOU DON’T HAVE ENOUGH”, and an NRA (National Rifle Association) cap. Then, while hanging my jacket in the coat closet, I was blinded by a Make America Great Again hat that glared at me from the top shelf. The Brooklyn liberal in me was about to implode.

After lunch, we all congregated in the living room. While most of us were sharing stories about our interests and background, Tyler interjected with random statements about his passion for guns and shooting, and went as far as handing me his favourite, most expensive rifle. Note: until that point I had never held a gun in my life, nor did I have any intention to. But as disturbing as I found Tyler’s fascination with guns to be, I was also stricken by how earnest and kind and even gentle he was. In fact, other than him shoving pistols in my face and flashing me with NRA merch, there was nothing about Tyler to inspire any kind of resentment or conflict.

The next day, as the ice further melted between us, Tyler and I started to talk about our work; he told me about his job at a nearby factory and I discussed my experience as an editor and columnist. Though initially hesitant, I told Tyler about an article I wrote in which I rail against America’s poor healthcare services. Unexpectedly, this had turned into an elaborate, four-hour discussion between him, my husband, and I which covered virtually all pressing political topics one could think of.

As far as his opinions were concerned, Tyler did not disappoint. He objects healthcare and believes it should be up to individuals to fund their own medical expenses, not the government. He believes abortion should be made illegal (based on religious grounds) and that a wall should be erected along the southern border. He dislikes Trump’s ‘style and character’, but supports his policy and denounces any attempt to delegitimize his presidency. He does not believe in climate change…

Yet despite the fact that Tyler’s stances stood in stark contrast to those of my husband and mine, the conversation never ceased to be civil. We weren’t hurling words at one another, but rather absorbed with patience  what the other was saying, as difficult as it was at times for everyone involved. Even when my husband and I spoke out against all he believes in—his view on the ‘right to life’, his socio-political credo, his president—Tyler remained not only composed and respectful but engaging and… well, loving. This was certainly not how I envisioned my first in-depth discussion with a hard core Republican.

As I excused myself to the kitchen for a mid-conversation chocolate break, Tyler followed me and with eyes brimming with tears told me that such conversations mean the world to him. “There is no one in my life who thinks differently from me, really,” he said, “and it’s so important for me to be exposed to different views.” He then thanked my husband and I for talking to him without making him feel ‘dumb’ or unworthy of respect. “You guys come from big cities, I come from a small community,” Tyler continued, “We bring our respective mentalities and backgrounds and belief-systems to the table, but ultimately I think we all want the same thing. I really just want the best for people.”

Our conversation with Tyler left a long-lasting impression on me. Primarily, it made me realise that it’s exactly these types of discussions that may begin to shrink the ever-expanding rift between liberals and conservatives, Democrats and Republicans, small-town folks and urbanites. Having more open conversations may not resolve issues such as climate change or the healthcare crisis, as people on both sides seem to be stubbornly positioned in their trenches; yet it will undoubtedly replace the label of “conservative” or “liberal” with that of a human being.

Luckily, we live in a time when reaching out to people from different backgrounds (be it geographically, culturally, or politically) is oh so simple. At the age of social media and the internet, all it takes is a click for a left-leaning activist from Minneapolis to connect with a conservative Bishop from Texas. The virtual realm provides us with an opportunity to not only engage in conversation with people who hold different worldviews but also thoroughly explore and learn about their background and philosophy.

Yes, the manner in which social media is constructed is inherently limiting, to the extent that it is curated based on one’s consumption habits and affiliation and thus potentially further siloes them in their own bubble. The fast-paced, bite-size format of communication on these websites also invites impulsive, spur of the moment comments, which often inhibit constructive discussions. That being said, it is up to us to determine how we utilise such platforms, and to what degree we fall prey to their shortcomings. Ultimately, all it takes is will power, genuine curiosity, and restraint, to engage in a respectful one-on-one with someone from ‘the other side’ on Facebook or Instagram.

As for Tyler, neither he nor I walked away with our opinions altered that day. Nonetheless, we were both left with an overwhelming sense of compassion and hope. 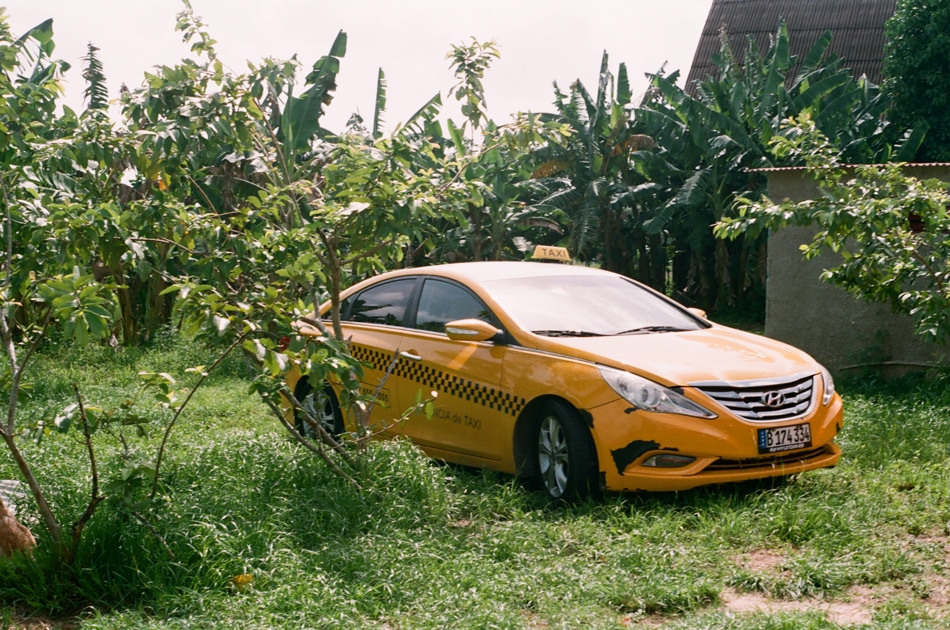 “In the beautiful Midwest,” tweeted the beautiful U.S. president, “Windchilll temperatures are reaching minus 60 degrees, the coldest never recorded. In coming days, expected to get even colder. People can’t last outside even for minutes. What the hell is going on with Global Warming? Please come back fast, we need you!”

Prior to delving into the hypocrisy of the president and his fellow climate-change denying billionaires, it is important to set the record straight and debunk the misleading insinuation he makes in his tweet, according to which the chilling temperatures in Midwestern U.S.A. indicate that climate change is in fact a Chinese hoax.

As highlighted repeatedly by scientists, weather and climate are two separate things. Climate constitutes the long-term behavior of the atmosphere, while weather refers to its characteristics over a short period of time. This means that while the overall climate of the planet is warming, and winters gradually heat up, we are still due to experience dips in temperatures at specific points in time, only these will gradually become more and more infrequent.

In a New York Times piece, Kendra Pierre-Louis provides the perfect analogy to highlight this point, stating that, “Weather is how much money you have in your pocket today, whereas climate is your net worth. A billionaire who has forgotten his wallet one day is not poor, anymore than a poor person who lands a windfall of several hundred dollars is suddenly rich. What matters is what happens over the long term.”

Among the countless entities attempting to obliterate the myth regarding this cold spell is the National Oceanic and Atmospheric Administration (NOAA). In a statement from January 30, NOAA explains that the drastic fall in temperatures is linked to the polar vortex, which today tends to more frequently escape the Arctic and dip south towards the continental United States due to moisture and warm air that alter the movement of the jet stream.

Yet, as stated before, we can expect less and less of these blasts of frigid temperatures and anticipate more heat waves, as long as CO2 emissions into the atmosphere continue to rise. According to a 2009 study, for instance, since 2000 there were twice as many record high temperatures than record lows recorded in the United States, compared to the 1950s, when the two were more or less equal. Even now, as portions of the northern hemisphere experience a brief chill, other parts of the world, such as Australia, face record-high temperature spikes.

The bitter irony is that Trump knows full well the danger and imminence of climate change; he, most certainly, does not believe the statements he blasts on Twitter. This can be indicated by the lengths he goes to protect his own properties in areas affected by global warming. In 2017, for instance, Trump International Golf Links obtained authorisation to construct a wall around the president’s golf course in Doonbeg, Clare County and Ireland. What was one of the primary reasons cited to justify the request for the wall? Rising sea levels resulting from climate change of course.

The U.S. president is not the only billionaire actively engaging in climate change denial while covering his own ass, and, most importantly, maximising profits. Recent evidence indicates, for instance, that the oil giant Exxon Mobile has been aware of climate change and the role the fossil fuel industry plays in creating it since 1977, following thorough research conducted by their own company. But instead of taking meaningful action against it, the company chose to squeeze whatever value it can from the dying planet, while establishing the Global Climate Coalition, which for decades has been questioning scientific research regarding climate change, thwarting governmental initiatives to curb emissions, and launching smear campaigns against politicians who promote climate policy.

Peter Thiel, the co-founder of PayPal contributed a fortune to Seasteading Institute, which sought to build floating cities due to rising sea levels. Hotel chains are teaming up with food production companies to profit off of those fleeing from natural disasters, and banks, such as JP Morgan, are coming up with special loans designated to protect properties of people living in coastal areas.

And so the next time Trump or any other billionaire or corporations chime in to the roaring cacophony of climate change denial (or pay other figures to do so on their behalf), it is important to not only debunk their statements with actual science, but also alert the public to the fact that the most vocal among these climate change deniers are also the most diligent in preparing for it. We must call a spade a spade and recognise climate change for what it has truly become for the powerful and wealthy: a steadily rising and terribly promising market.