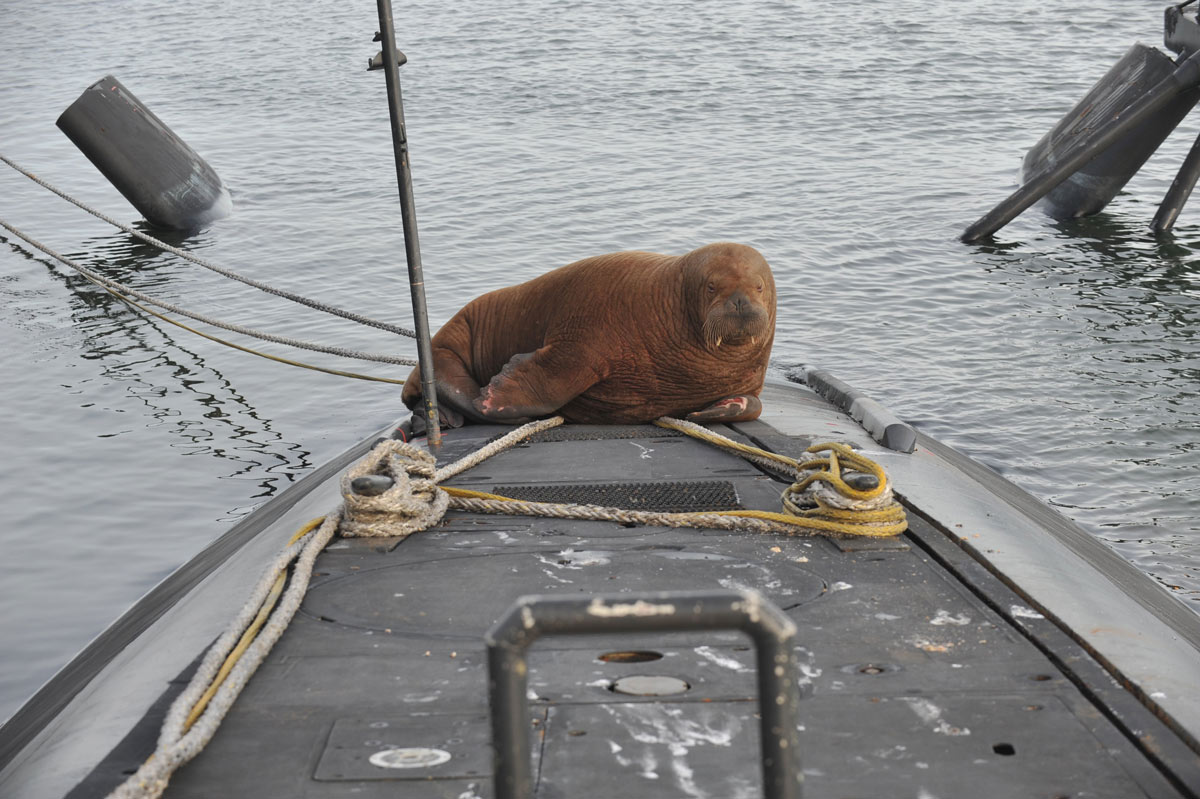 A 1,300-pound walrus named Freya—nicknamed after the Norse Goddess of beauty and love—has been killed by Norwegian authorities after being declared a threat to human safety.

Freya had been delighting tourists and locals alike over the summer. From lounging about on boats and basking in the sun on Oslo piers, she had made quite an impact—with some media outlets calling 2022 her “hot girl summer” and Norwegian publication Verdens Gang even setting up a 24-hour live camera to film the new celebrity’s comings and goings.

However, the Norwegian Directorate of Fisheries has said the decision to euthanise the creature on Sunday 14 August came after numerous warnings were ignored by the public to keep their distance from Freya.

In a statement, head of the directorate, Frank Bakke-Jensen said: “I am firm that this was the right call. We have great regard for animal welfare, but human life and safety must take precedence.”

The news of Frey’s euthanisation caused immediate backlash on several social media platforms, with many believing the people were to blame and not the walrus. One Twitter user wrote, “Shame on you #Norway. In the scheme of things the walrus was in her right environment… the pestering people were the ones you needed to chase. This was unforgivable.”

Bakke-Jensen disagreed with this outcry and said that the option of moving Freya had been thoroughly considered with help from the Norwegian Institute of Marine Research. According to the official, the complexity of the operation meant that “this was not a viable option.”

In recent video footage, three people on a jet-ski were seen pulling up mere feet from a boat where Freya was napping, while several onlookers watched from a jetty. Officials have also previously posted images of scores of people crowding Freya on a pier only a few feet away from her.

“Through on-site observations the past week it was made clear that the public has disregarded the current recommendation to keep a clear distance to the walrus,” Bakke-Jensen said in the statement. “The possibility for potential harm to people was high and animal welfare was not being maintained,” he added.

Rune Aae, a researcher at the University of South-Easter Norway who had been using a Facebook group called ‘Freya the walrus—where is she now?’ to track the animal’s movements, has criticised Norway’s decision to euthanise her as “hasty” and “completely unnecessary.”

In other news, a walrus nicknamed Wally had been seen off the coast of Britain last year, and was thought to have made it all the way to northern Spain before heading back to the Arctic. 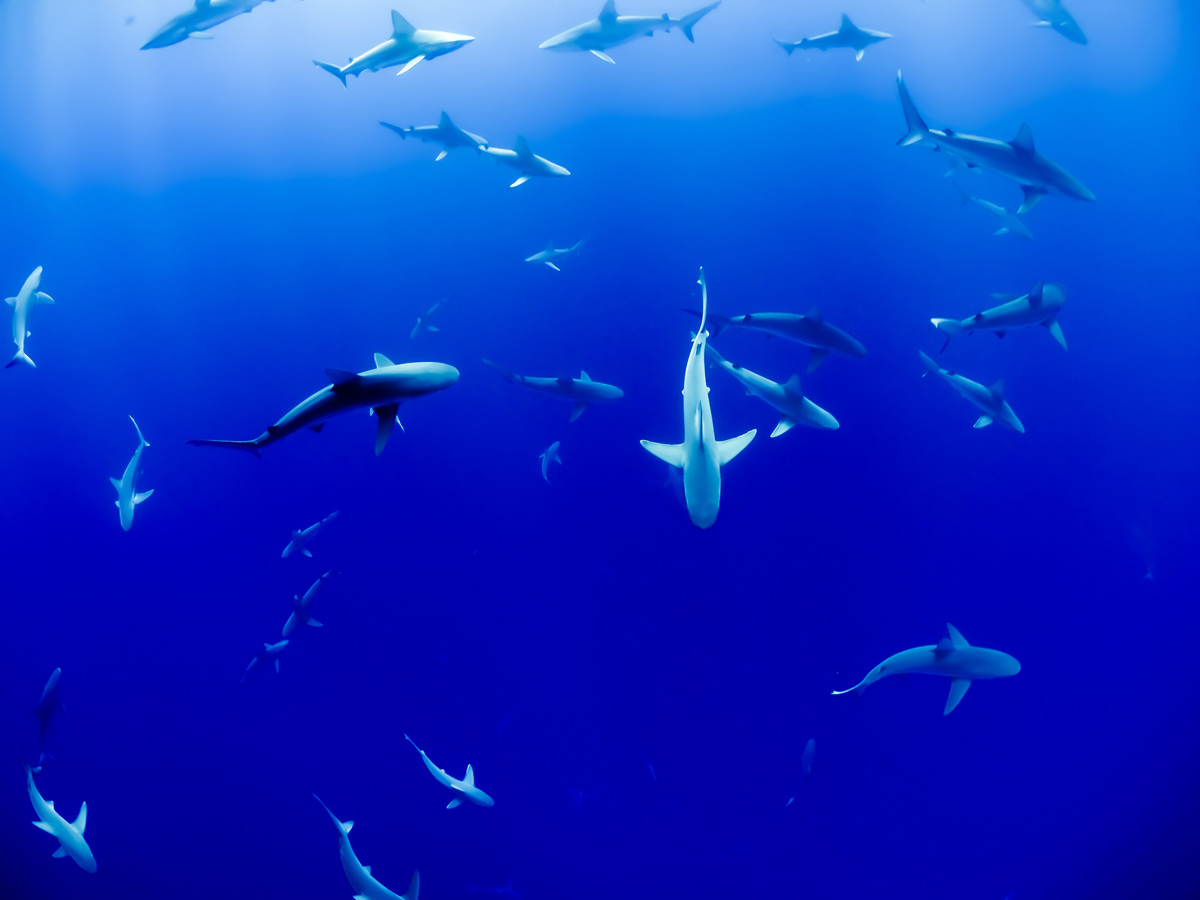 Guess what? One of the world’s largest animals can glow in the dark

According to a study conducted by marine biologist Jérôme Mallefet, three specific species of sharks can glow in the dark. I know what you’re thinking, ‘sharks that glow in the dark?’, get outta here. But no, it is true my friends. And yes, they are just as beautiful as you can imagine. What are these magical creatures, why have they only been discovered now, and how exactly do they glow?

The kitefin shark (Dalatias licha) is approximately the size of your average guitar. In normal light it has a brownish-black skin, with large and slightly googly eyes. But turn the lights off, and it emits an almost translucent and ghostly blue glow. On a 2020 voyage near Chatham Rise, which is just off the coast of New Zealand, a team of international scientists discovered that not only the kitefin shark, but two other species of deep sea sharks have the same gloriously bioluminescent traits. The blackbelly lanternshark (Etmopterus lucifer) and the southern lanternshark (Etmopterus granulosus) have been added to the list, although the kitefin shark takes first place for being the largest known vertebrate to produce such a glow.

The three sharks inhabit the mesopelagic zone of the ocean, which is also known as the twilight zone, and ranges from 200 to 1000 meters in depth—so obviously not a whole lot of sunlight can flood that range, providing an illuminated glow instead. According to Mallefet, most marine organisms that produce bioluminescence contain special chemicals, including a compound called luciferin that interacts with oxygen to produce light. Jellyfish, squid and algae (which are not vertebrates) for example, also enjoy luciferin. But these three shark species do not appear to contain the same chemical properties, so their ability to emit light “remains enigmatic.”

In an interview with Mongabay, Mallefet said that “For the moment our conclusion is that, maybe sharks have a new component that is unknown, But we don’t know.” As anything in nature, everything has a purpose, which is not only beautiful but inspiring when compared to how humans have evolved enough to take advantage of their surroundings.

With humanity set on living in the stars, we have neglected much of the vastness that Earth has to offer. Mallefet continues by explaining that “Many people say the deep sea is less known than the surface of the moon. We hope by highlighting something new in the deep sea of New Zealand—glowing sharks—that maybe people will start thinking we should protect this environment before destroying it. I hope the new generation will carry that message.”

Bioluminescent sharks emit light from specialised cells on the surface of their skin known as photocytes, but exactly how they do this has long been a mystery, however, the study that Mallefet and his colleagues conducted shows some interesting data: the species control their light emissions using hormones. The luminescence is turned on by melatonin, which in humans, is there to help us effectively mediate dark signals and provide night information. Melatonin has been described by the Psychiatric Times as a “hormone of darkness” rather than the ‘hormone of sleep’ we all hear about. It has also been thought to be an endogenous synchroniser that stabilises as well as reinforces various circadian rhythms in the body—the same goes for all mammals, but sharks however are of the Chondrichthyes class.

So why do sharks, among other creatures, have the ability to light up in the first place? Well, in the deep sea, scientists estimate that around three quarters of all creatures living there are bioluminescent, which in the context of darkness, can be extremely advantageous. Need I say more? I will anyway, because it’s fascinating.

Deep sea animals use this special power to do everything from attracting prey and deterring predators to using it as a means to camouflage by hiding their silhouettes to match the light around them, in turn becoming practically invisible to those big bad scaries lurking below. This trick is called counter illumination.

In the case of sharks, known as the biggest and baddest of many, the fact that there might be something after them too for supper remains a possibility. However, because of the dense concentration of photocytes that were found on the dorsal fins of the kitefin sharks, there is speculation that it might simply happen as a way to help sharks communicate with each other.

For now, it’s important to know that these creatures and their habitats are understudied, and under threat. “A lot of people know that sharks can bite, thanks to Jaws,” says Mallefet, “but few people know that they can glow in the dark.” Now for a second, look down at your hands and skin, and imagine how truly remarkable this really is.