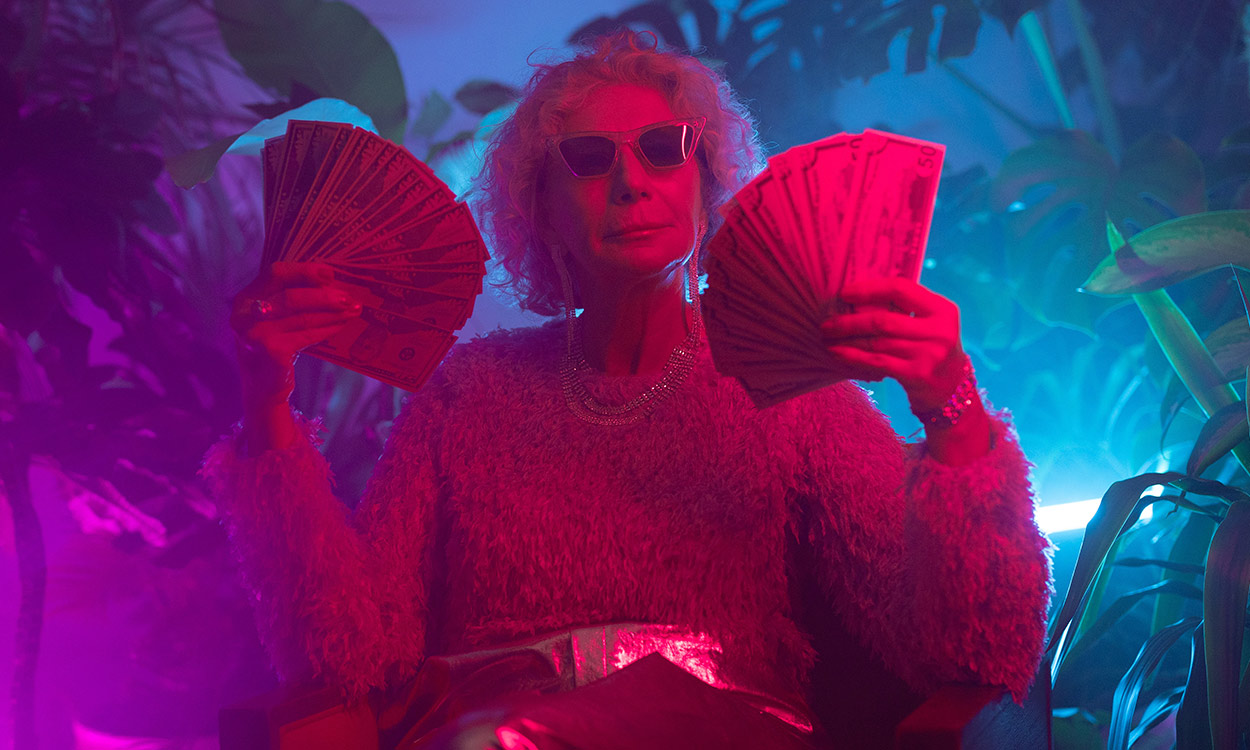 In what might be the biggest plot twist of the century, it seems like maybe we shouldn’t eat the rich… Of course, we’re not suggesting anything crazy such as blindly following their lead or ceasing to criticise their humongous greed. However, recent events have shone a light on a group of super-rich elite individuals who’ve demanded governments around the world tax them more in order to combat the rising cost of living crisis. Say what now?

According to The Guardian, a collective of 205 millionaires and billionaires recently called upon global leaders and business executives at the World Economic Forum (WEF) in Davos, Switzerland to urgently introduce wealth taxes to help tackle “extreme inequality.”

Within an open letter entitled The cost of extreme wealth and published on 18 January 2023, the group detailed their genuine frustration with the figures of authority who still refuse to take radical measures to combat the mounting financial crises.

“The current lack of action is gravely concerning. A meeting of the ‘global elite’ in Davos to discuss ‘cooperation in a fragmented world’ is pointless if you aren’t challenging the root cause of division. Defending democracy and building cooperation requires action to build fairer economies right now—it is not a problem that can be left for our children to fix.” The letter added: “Now is the time to tackle extreme wealth; now is the time to tax the ultra-rich.”

The self-proclaimed ‘patriotic millionaires’ continued: “There’s only so much stress any society can take, only so many times mothers and fathers will watch their children go hungry while the ultra-rich contemplate their growing wealth. The cost of action is much cheaper than the cost of inaction—it’s time to get on with the job.”

The cost of living crisis is currently impacting citizens at a frightening rate. According to Sky News, matters could even worsen as we continue into 2023. Think tank Resolution Foundation has warned that households might face a cost of living “groundhog year” with disposable incomes plummeting even further than in 2022 and living standards getting “far worse” before they improve.

But of course, that’s solely UK-based—numerous other nations are also being dramatically affected by increased energy costs and shortage of goods, primarily due to the fallout of the COVID-19 pandemic.

Among the signatures of the open letter were Disney heiress Abigail Disney and Marvel actor Mark Ruffalo—both of whom have been known for their philanthropic acts. Disney, alongside her husband Pierre Hauser, created The Daphne Foundation in 1991, an organisation that funds programmes which locally combat poverty and discrimination in a number of boroughs in New York City.

This isn’t the first time some members of the ultra-rich elite have made efforts to try and persuade governments to tax them more. In fact, in 2021, a group of 30 UK millionaires petitioned Rishi Sunak—the former Chancellor of the Exchequer, and current Prime Minister—to try and convince him to tax them more, stating they could afford it. Naturally, Sunak—who sits on a bed of wealth estimated at approximately £730 million himself—wasn’t so keen on the idea. What a surprise.

Of course, there are also a number of billionaires who’d rather be victim to a scathing TikTok trend than offer to give a genuine slice of their fortune away—Jeff Bezos, we’re talking about you. But still, it’s always slightly heartening to witness some of the most powerful individuals in the world make steps towards re-evaluating the staggering disparities of wealth that exist in society. 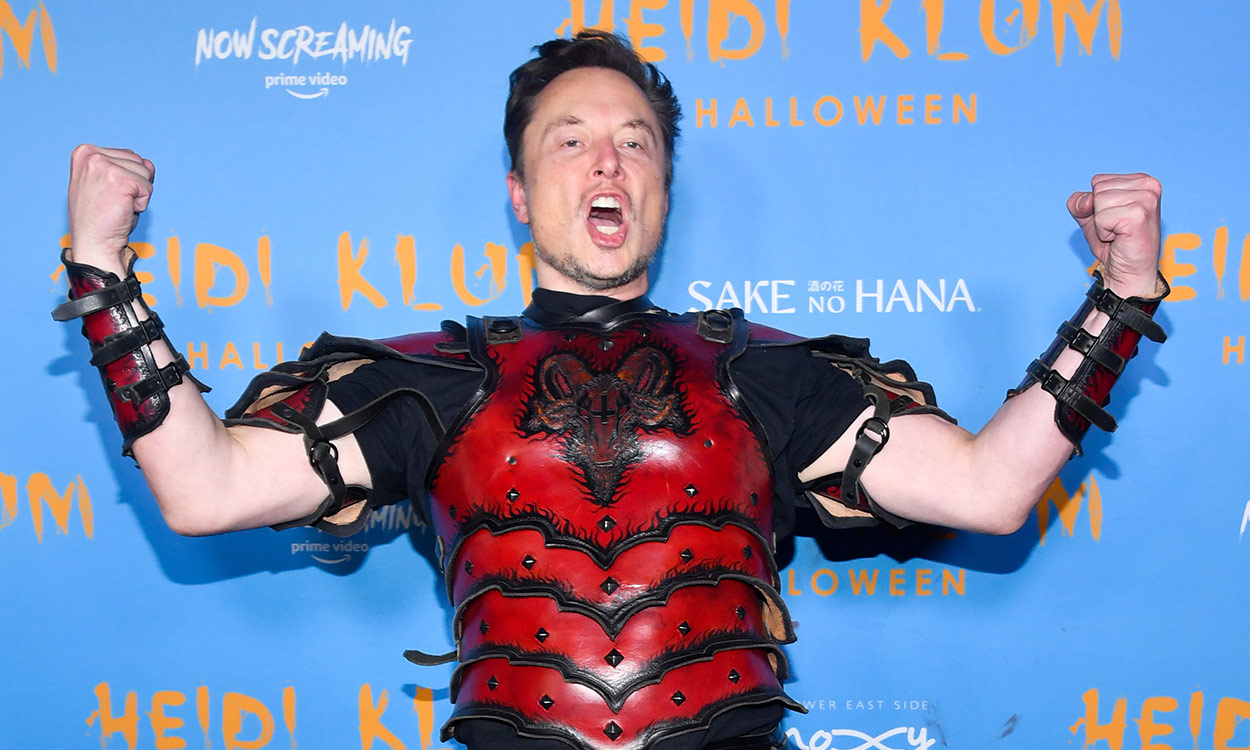 Elon Musk fanboys are now worshipping this $600,000 monument of him riding a rocket as a goat

Following Elon Musk’s controversial takeover of Twitter, celebrities and civilians alike began to flee the social media platform. However, it appears as though some exceedingly loyal—and creative—fanboys are sticking by the self-proclaimed free speech absolutist’s side.

In a rather bizarre turn of events, a group of ‘Musk men’ have decided to prove their dedication in the most extravagant way possible: by constructing an expensive statue which has been described by commentators as a gigantic monument, displaying a goat with the head of their hero Musk riding a rocket. And here we were, thinking the fanboys would draw the line at throwing literal infants in front of a Tesla to prove its autopilot detractors wrong.

According to tech-based magazine BoingBoing, the driving force of this extensive project are also the Muskinities behind the cryptocurrency Elon GOAT Token ($EGT). According to the EGT website, the monument in question has been constructed in honour of the supposed “Godfather of Crypto,” and the fanboys even encouraged Musk himself to join them and “claim this historical gift.” I wish I was making this up, trust me.

Metal sculptor and creator of the statue, Kevin Stone, completed the monument in July 2022 and it has since been touring the US. The EGT fandom teased the creation earlier in the year before it was unveiled, revealing that: “[Stone] is creating a massive six-foot tall head of Elon Musk. If that isn’t strange enough, he is also building a 30-foot long body of a goat for the head to sit on. It won’t just be a goat with the head of Musk, but will feature real rocket fire, smoke, lasers, concert lighting, and music. It will be a global spectacle that is sure to go viral beyond crypto and into mainstream media.”

In an even weirder development, the force behind this stature has also described it as a “biblical sized gift.” And while I can imagine there may have been grandiose plans for the monument to have a philosophically-greater meaning, I’m afraid the reality is far different.

Not only has the stature been heavily criticised due to the extortionate reckless spending, it’s also well being laughed at. A six-foot large Musk head, placed upon a gigantic goat and on top of a rocket? Well, it practically comes across like a communal joke on the Tesla CEO.

Musk—or the people’s problematic prince—has, at times, been the recipient of great praise, primarily for his groundbreaking SpaceX ventures. However, he’s recently garnered monumental criticism for his mass worldwide firings of Twitter employees during his takeover. According to Politico, Musk has laid off approximately 4,000 employees from teams across the globe, citing “cost-cutting” as justification.

But, if you were still interested in jumping at the opportunity to lay gifts at the feet of the rocket-riding GOAT—visitor spots are still available on the EGT website. So it’s not too late to head down, have a few belly laughs, and Instagram it to meme kingdom.