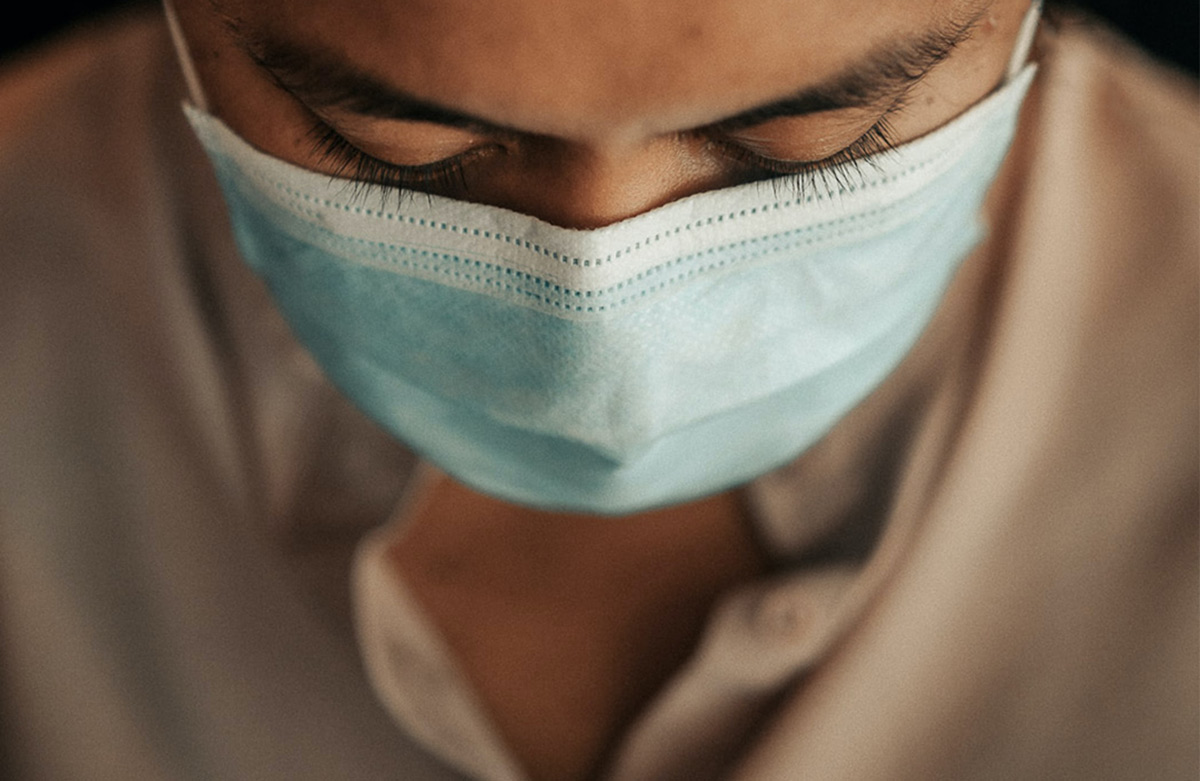 President Rodrigo Duterte of the Philippines declared during a televised meeting with pandemic task force officials on 21 June that individuals refusing vaccination would be arrested. This statement followed reports of low turnout at COVID-19 vaccination centres across the country, particularly in the capital Manila. Criticism for the leader’s handling of the pandemic is high as the country faces one of the worst outbreaks in Asia—holding a collective total of 1.3million cases and 23,000 deaths.

In the televised address Duterte said, “You choose, vaccine or I will have you jailed.” According to Rappler, he later threatened to have people thrown in jail and the vaccine “injected into their buttocks.” He also warned that he would have all leaders across the Philippines document the names of those who have yet to be vaccinated. Duterte later explained the reasonings for these threats, “Don’t get me wrong, there is a crisis in this country. I’m just exasperated by Filipinos not heeding the government.”

This doesn’t appear to be the case though as his personal statements contradict that of the health officials of the country. Harold Chiu, an endocrinology specialist at the Philippine General Hospital in Manila, told Al Jazeera it is “against patient autonomy to force and incarcerate people for refusing an intervention. I encourage everyone to get vaccinated because vaccines work and they prevent us from getting severe Covid-19.”

As of 20 June, authorities have reported a total of 2.1 million fully vaccinated people so far—with a total population of 110 million, the government’s target is to vaccinate 70 million people this year. Some reports have criticised the ‘slow progress’ of the country to meet this goal, however, this may be due to the vaccination gap happening across the world. The stiff competition to procure vaccines at the start of the year has limited and delayed supply to many countries—the Philippines included.

This could be due to speed up, however, as the Philippines seals the biggest COVID-19 vaccine order yet—set to be 40 million Pfizer doses. Following the deal, it has been reported that the country will also receive a donation of around 1 million from the US surplus supply of vaccines. This comes after a White House Fact Sheet released 21 June details the distribution of 55 million vaccines across the globe, with the Philippines making the list. This will be done through COVAX—a global vaccine sharing facility.

If President Duterte follows through on his threats, this could become one of the toughest penalties for COVID-19 vaccinations globally. However, it must be said that these threats are not set in law; there is currently no law that criminalises the refusal of vaccination in the Philippines or any other bill that makes the COVID-19 vaccine compulsory. 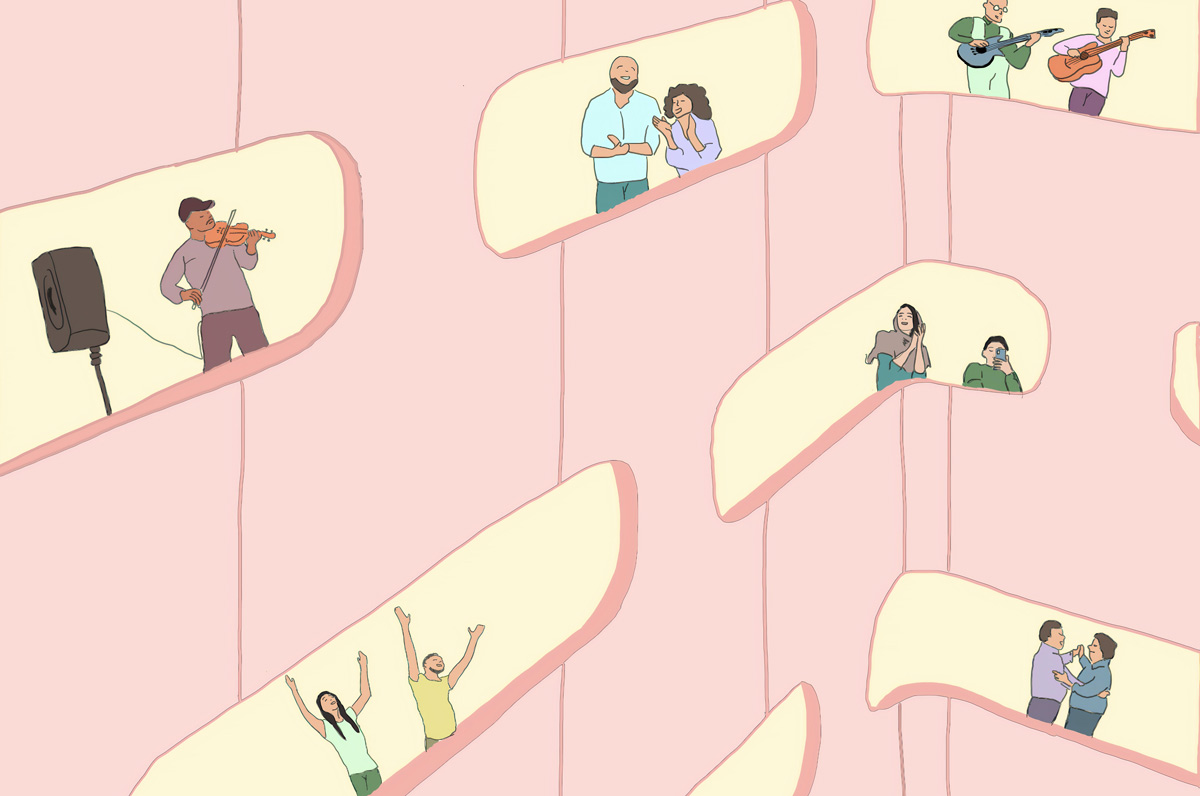 COVID-19 mutations: what does the future really look like?

It’s very common for coronaviruses (CoV) to mutate—they are a family of viruses that cause respiratory and intestinal illnesses in humans and animals, and range from the common cold to more severe diseases such as Middle East Respiratory Syndrome (MERS) and Severe Acute Respiratory Syndrome (SARS). News of the coronavirus COVID-19’s mutations spreading has undoubtedly caused fear, but to scientists it should be an unsurprising feature of what we all know as COVID-19. Which mutations are currently causing trouble? And how will they affect our future?

New strains of the novel coronavirus are spreading all over the world. In the US, the strains all have at least one thing in common: ‘N501Y’, which is making the virus more likely to infect our cells. There are three major new strains so far, and two of the three strains—the ones from the UK and South Africa—evolved their N501Y mutations independently. In other words, the two strains may not be directly related. One didn’t evolve into the other, and that’s worrying.

According to the Daily Beast, it’s unclear whether the new strain from Brazil also mutated N501Y on its own “but the separate appearance of even two similar strains is cause for concern.” Trevor Bedford, a professor of vaccines and infectious diseases at Fred Hutchinson Cancer Research Center in Seattle tweeted that “There is substantial convergent evolution happening.” and continued that “The fact that we’ve observed three variants of concern emerge since September suggests that there are likely more to come.”

How do mutations come to be?

Each coronavirus contains nearly 30,000 letters of Ribonucleic acid (RNA), which are molecules that play an essential role in coding, decoding, regulation and expression of genes. This genetic information allows the virus to infect cells and hijack them to make new viruses. One infected cell will build new viruses, and occasionally, it makes tiny copying errors along the way—which are called mutations.

These mutations can be tracked as they are passed down through a lineage, but a group of coronaviruses that share the same set of distinctive mutations is called a variant. According to The New York Times, “If enough mutations accumulate in a lineage, the viruses may evolve clear-cut differences in how they function. These lineages come to be known as strains. COVID-19 is caused by a coronavirus strain known as SARS-CoV-2.”

These variants have become increasingly prevalent as the SARS-CoV-2 (let’s just call it COVID-19) has spread around the world. When a vaccine has been produced to fight one variant, and another pitches up, the worry is that the vaccine won’t be attuned to fight off both variants.

The Financial Times wrote that “During the first phase of the pandemic in the first half of 2020, Sars-Cov-2 was spreading through a previously unexposed population, so there was little Darwinian pressure on the virus to evolve mutations to evade the attention of the immune system. This has now changed.” Epidemiologists reported to the magazine that “the moment of maximum danger may come within the next few months when a larger number of people have been infected or vaccinated but many still remain unprotected. Then there would be enough community transmission to generate new variants and enough immunity to create an advantage for variants that can escape it.”

N501Y, which is what is common in two out of three of the variants currently, affects the spike protein which helps the virus grab onto and enter our cells. The Daily Beast said that “It seems N501Y makes the spike protein ‘grabbier.’ Given roughly equal exposure to the older strain of SARS-CoV-2 and one of the new strains, the new strains could be more likely to make you sick.”

The virus effectively seems to be fighting back with new mutations that could have the potential to allow its spread even faster than before. COVID-19 (or SARS-CoV-2) has mutated previously without actually producing significant new strains, however this changed in September 2020. The B.1.1.7 was found in the UK, and the B.1.351 in South Africa, then the P.1 strain in Brazil. According to The Daily Beast “There are signs that B.1.1.7, B.1.351, and P.1 are more transmissible than the baseline novel coronavirus—and might also partially resist the immunity-inducing effects of the new COVID-19 vaccines.”

In December of 2020, the B.1.1.7 reached the US, and now P.1 and B.1.351 have also been found throughout the country. Studies indicate that the vaccines in the US are less effective against new strains. In South Africa, the AstraZeneca vaccine has shown ineffectiveness against mild and moderate cases of the strain.

Scientists are learning about the mutations of COVID-19, and N501Y. Jennifer Reich, a sociologist at the University of Colorado Denver specialising in vaccination, told The Daily Beast that “Our best defence against any variant is to support science that can be proactive in genetically sequencing viruses.”

Everyone wants to go back to a life pre-COVID-19, but unfortunately, the longer the virus is in circulation, the more opportunity it has to mutate. Aimee Bernard, a University of Colorado immunologist also spoke to The Daily Beast and stated that “If we don’t continue to follow the necessary precautions to stop the spread of the virus and all get vaccinated, the virus will continue to do what it does best—survive, mutate, and spread to more people.”

Our part to play in it being said, governments are setting out testing facilities to increase monitoring of the variants. In the UK, ‘surge testing’ has been rolled out in neighbourhoods where the N501Y variant has been found, and everyone in those places are getting asked to get tested, regardless of whether they have symptoms or not. The samples are then sent off for genomic sequencing, which in turn will help with vaccination advancements.

The US is preparing plans for updating vaccines as well if the new variants surge, but for now, we all have to sit tight, even if (physically) in separate. Science is the only way out of this, one way or another. There is evidently no way of truly knowing what life has in store for any of us, but that being said, when you understand something, you may be less afraid of it.