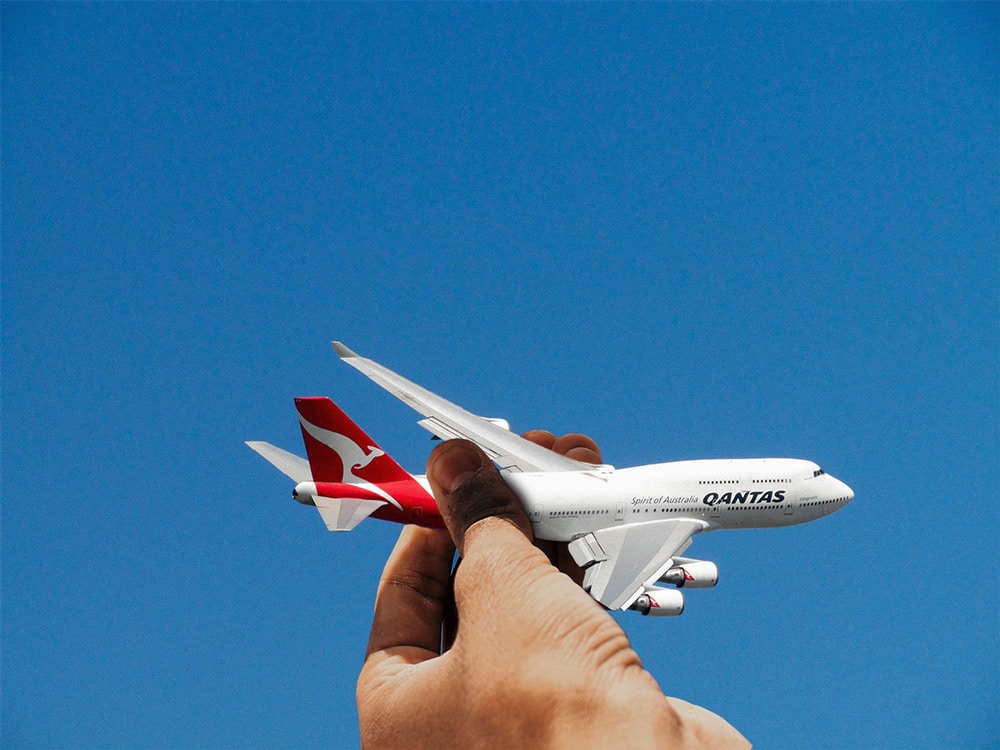 The US government announced Monday that international students whose universities are transitioning to online-only learning due to COVID-19 will lose their status and have to leave the country. News regarding the policy have sowed chaos, fear, and confusion among over one million foreign students currently living in the US and have rattled the institutions they attend. A lawsuit seeking to block the new rule has already been filed by Harvard and the Massachusetts Institute of Technology (MIT).

“The U.S. Department of State will not issue visas to students enrolled in schools and/or programs that are fully online for the fall semester nor will U.S. Customs and Border Protection permit these students to enter the United States,” the 6 July announcement by Immigration and Customs Enforcement (ICE) reads. “Active students currently in the United States enrolled in such programs must depart the country or take other measures, such as transferring to a school with in-person instruction to remain in lawful status.”

ICE further stated that students who fail to abide by the rules—that is to switch to a school that offers in-person classes or leave the country by the beginning of the fall semester—will face “immigration consequences” and be subjected to forced removal from the US.

The new rule has caught both students and universities off guard, as exemptions to existing immigration laws (which restricts the number of online courses foreign students can take) that were put in place for the 2020 spring and summer semesters due to the coronavirus outbreak were abruptly revoked.

Since news of the new policy broke out, foreign students across the US have been scrambling to find institutions that offer at least some in-person courses. Others have been creating spreadsheets where American students could swap in-person for online classes and give their spot to international students.

“There’s slim pickings for classes, and they all filled up so fast once the news came out that we’re pretty much left with no option,” said Rhea Joshi, an international student from India at the University of California, Los Angeles, in an interview for The New York Times.

“If they’re not going to be a student or they’re going to be 100 percent online, then they don’t have a basis to be here,” said Kenneth T. Cuccinelli II, the acting deputy secretary of the Department of Homeland Security (ICE’s parent agency), in a CNN interview on Tuesday. “They should go home, and then they can return when the school opens.”

But that’s far from being the case. Foreign students are more than mere cogs in a higher-education machine. These are people who, over the course of their studies, have created communities and established a life in the US.

“After 14 years of living in the United States, my native country is foreign to me,” Deepasha Debnath, a 22-year-old San Francisco State University student who was brought to the US from India as a kid, told the Times. For most of her life, Debnath was dependent on her parent’s visa, but ultimately had to procure a student visa in order to remain in the country and attend school. Now, the Times reports, as her school switched exclusively to online courses, Debnath would have to return to India, a country she does not know, and leave her family behind.

Foreign students also provide an important support to the educational institutions they attend and the US economy as a whole, as they usually pay full tuition and spend money while not being allowed to work. Studies show that, in Michigan alone, international students contributed $1.2 billion to the state economy in 2018.

Harvard University and the MIT, both of whom have a significant foreign student body and are enacting an online-only curriculum for the time being, have filed a lawsuit against the new rule on Wednesday, arguing that the government has failed to provide adequate justification for the policy and give the public sufficient time to prepare.

In a statement on Wednesday, Harvard President Lawrence Bacow condemned the new rule as cruel and reckless, and claimed that it was issued in order to pressure universities to open their campuses and resume in-person courses in the fall “without regard to concerns for the health and safety of students, instructors, and others.”

Meanwhile, an open letter has been circulating online and gathering signatures from faculty members at universities throughout the country who call on ICE to reverse its policy and for universities to throw their full support behind the effort to protect international students.

“International students are students,” the open letter reads, “They are also contributors to the growth of higher education in the US. We as educators reject the artificial distinction between foreign and domestic students, which undermines the pursuit of both knowledge and justice.”

The new policy is the latest move in a years-long campaign by the Trump administration to curtail legal immigration to the US—an effort designed primarily to appease a sector of conservative voters who seek to significantly limit immigration. The outbreak of COVID-19 has been utilised by the administration as a justification to escalate its attack on both legal and undocumented immigrants with a slew of policies restricting entry to the US, gutting asylum procedures, and suspending the issuance of visas. 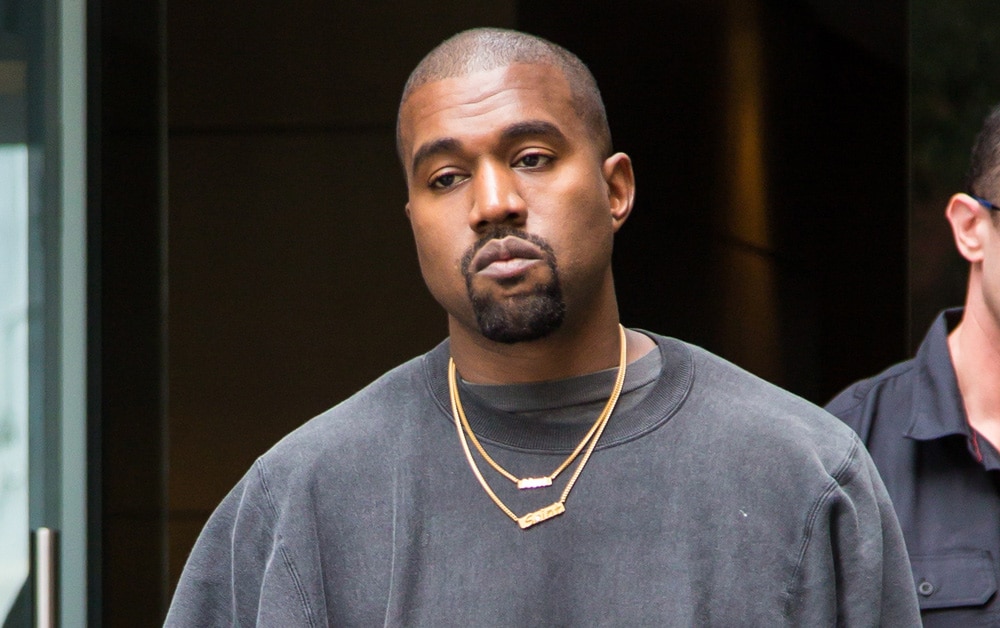 Kanye West announces on Twitter he is running for president. Is it true this time?

Rapper and fashion designer Kanye West has threatened to claim the role of US presidency before in 2015, and now he’s done it again. On Saturday 4 July, West announced on Twitter that he would be running for president by tweeting: “We must now realize the promise of America by trusting God, unifying our vision and building our future. I am running for president of the United States Flag of United States! #2020VISION.”

And, just like everybody else who heard the news, we wondered: is he serious? Surely if West meant it, we would be seeing a mad dash to catch up on campaigning with just four months until the election? Although West has already missed the deadline to appear on 6 major state ballots, 2020 has taught us that impossibility is always questionable. Has the celebrity taken any steps to certify his new shocking statement? And, more importantly, is West really running for president?

With 44 states plus the District of Columbia to go, we’ve dissected the possibility of West gaining a seat in the Oval Office. As an American citizen older than 35—fact: he’s 38—and having lived in the US for longer than 14 years, West already checks a few of the requirements for running for president in America.

Speaking to Reuters about what exactly West would have to do to launch a late White House bid, political scientist James McCann explained that the rapper has two options in doing so. Option one, he could try to secure the backing of a smaller political party such as the Libertarian Party (LP), among others.

In case that option didn’t work out, West could choose to appear as an independent candidate, which means he would have no affiliation with any political party. This would also require him to gather support and momentum very quickly from now, which usually means getting recruiters to collect thousands of signatures before the next two deadlines in August and September—a tricky task to perform in the midst of a pandemic, even for West.

Getting elected is complex. Each state has its own benchmark rules, and there are two key components for successful candidacy: time to persuade and money. West’s time is evidently limited compared to other candidates, however, the surreal following that West and his wife Kim Kardashian West both have on social media platforms such as Twitter and Instagram is immense, which could be seen as an advantage. For example, Elon Musk was quick to answer West’s #2020vision tweet with his support.

If West sets some forward motion to his promises, it’s hard to imagine what this means for Trump or Biden. Who will lose the votes that the rapper gains? From endorsing Trump to now potentially running against him, I can’t help but look at this and question West’s alter-motives as someone who has vocally shown his admiration towards Trump in recent months. Is he really wanting to run for president, or is he just trying to interrupt the current voting trends?

Another critical step that West would have to take is to register with the Federal Election Commission (FEC), and so far, there’s no public proof of him doing that. This has led to some speculation on whether this is all a publicity stunt in preparation for his upcoming album God’s Country due to be released soon. Convenient enough?