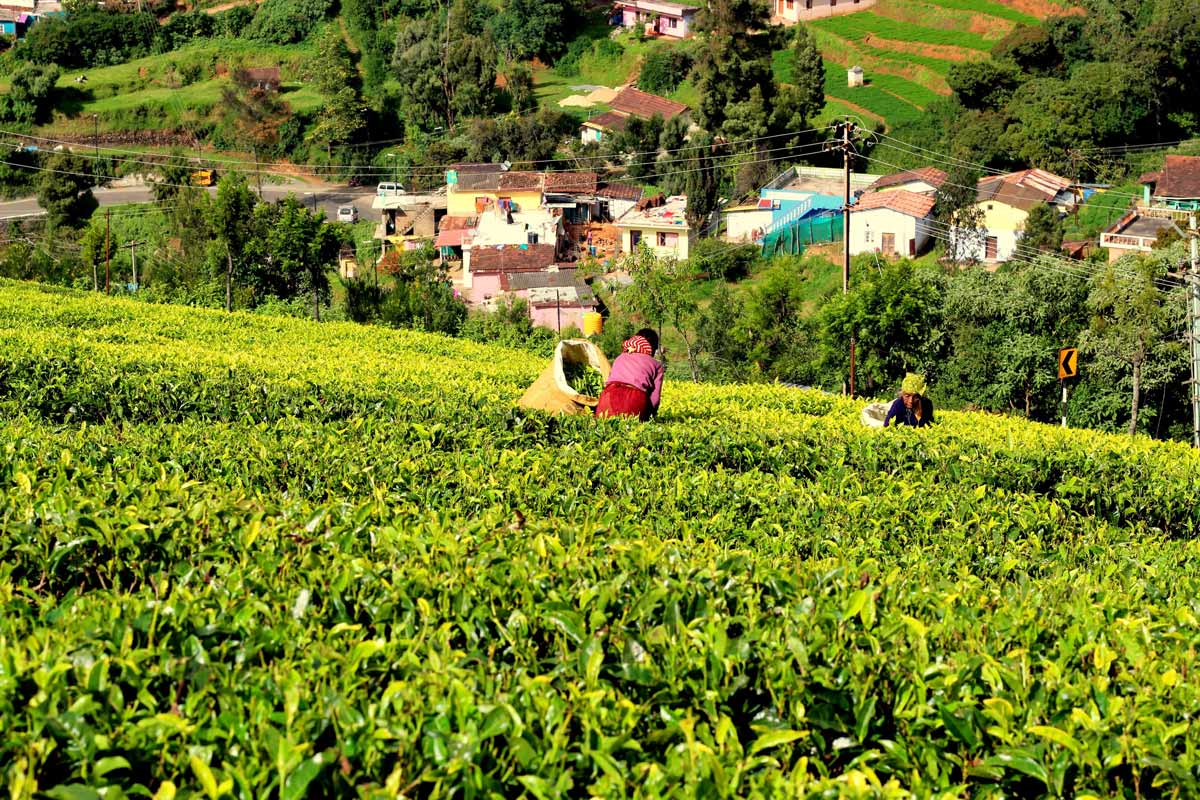 22-year-old Indian climate activist Disha Ravi has been arrested after sharing a document intended to help farmers protest against new agricultural laws. The ‘toolkit’ she shared was initially tweeted by Greta Thunberg and suggests ways of helping the farmers. According to the BBC, police said Disha Ravi was a “key conspirator” in the “formulation and dissemination” of the document. What exactly is happening in India and when did sharing Google Docs become a crime?

What have India's farmers been protesting against?

Since the end of November, 2020, farmers in India have been protesting for the repeal of three new market-friendly laws that would loosen rules around the sale, pricing and storage of farm produce—rules that have protected India’s farmers for decades.

But this is not news; farmers have been on the boil in India for some years now. More than half of Indians work on farms, but farming accounts for barely a sixth of the country’s gross domestic product (GDP). Declining productivity and lack of modernisation have long slowed progress down. As a result, plot sizes are shrinking, and so are incomes from farming.

The protesting farmers, joined by their families and friends, have braved water cannons, tear gas and choked the capital’s borders. They have set up camps, cooked and slept in the open in the bitter cold. And, to some extent, it has worked—in September, a key ally of the government quit in protest against the laws.

For years, farmers have sold their crops in government-regulated wholesale markets across the country. They are run by committees made up of farmers, often large land-owners, and traders or “commission agents” who act as middlemen for brokering sales, organising storage and transport, and even financing deals. While the new reforms allow farmers to rely less on these markets and promise to improve their income, they’re not convinced.

What is clear is that those reforms were poorly conceived. Pushing them during a pandemic without consulting the main stakeholders goes against India’s federalist traditions. Farmers complain of insufficient routes to settle disputes with private buyers in the proposed arrangement. Others wonder how transactions and prices will be tracked in an open market system. In other words, these laws are not supported by sufficient regulation.

Indian agriculture needs deeper structural reforms after consultations with stakeholders and political parties. Even Rihanna got involved, and for a good reason. The farmers’ protests mark the biggest challenge India’s Prime Minister Narendra Modi has faced. His government has offered to suspend the laws but the farmers now want them replaced altogether.

What do we know about Disha Ravi’s arrest?

Disha Ravi, one of the Indian branch founders of the Fridays for Future climate strike, was arrested by Delhi police. In a statement posted on social media on Sunday 14 February, police said she had “collaborated” to “spread disaffection against the Indian State.”

Ravi is said to be the editor of the ‘toolkit’ Google Docs and the police believes she was the one who shared it with Swedish climate activist Greta Thunberg. Police have said the toolkit suggested a conspiracy in the run up to a huge rally on 26 January, which saw protesting farmers clash with police.

“The call was to wage economic, social, cultural and regional war against India,” Delhi Police Special Commissioner Praveer Ranjan said earlier this month. “We have registered a case for spreading disaffection against the government of India—it’s regarding sedition—and disharmony between groups on religious, social and cultural grounds, and criminal conspiracy to give shape to such a plan,” he added.

Officials said Ravi would be held in custody for five days. No formal charges have been announced. Jairam Ramesh, a former minister and lawmaker for the opposition Congress party, called Ravi’s arrest and detention “completely atrocious.” Delhi chief minister Arwind Kejriwal, who has backed the farmers’ protests, called Ravi’s arrest “an unprecedented attack on democracy. Supporting our farmers is not a crime.”

Further raids are being carried out by police as they are looking for two more suspects. Though not named in the police case, Thunberg’s tweet was said to have brought the Delhi police’s attention to the existence of the toolkit. Leaders in the ruling Bharatiya Janata party (BJP) said the toolkit was “evidence of international plans for attacks against India.” 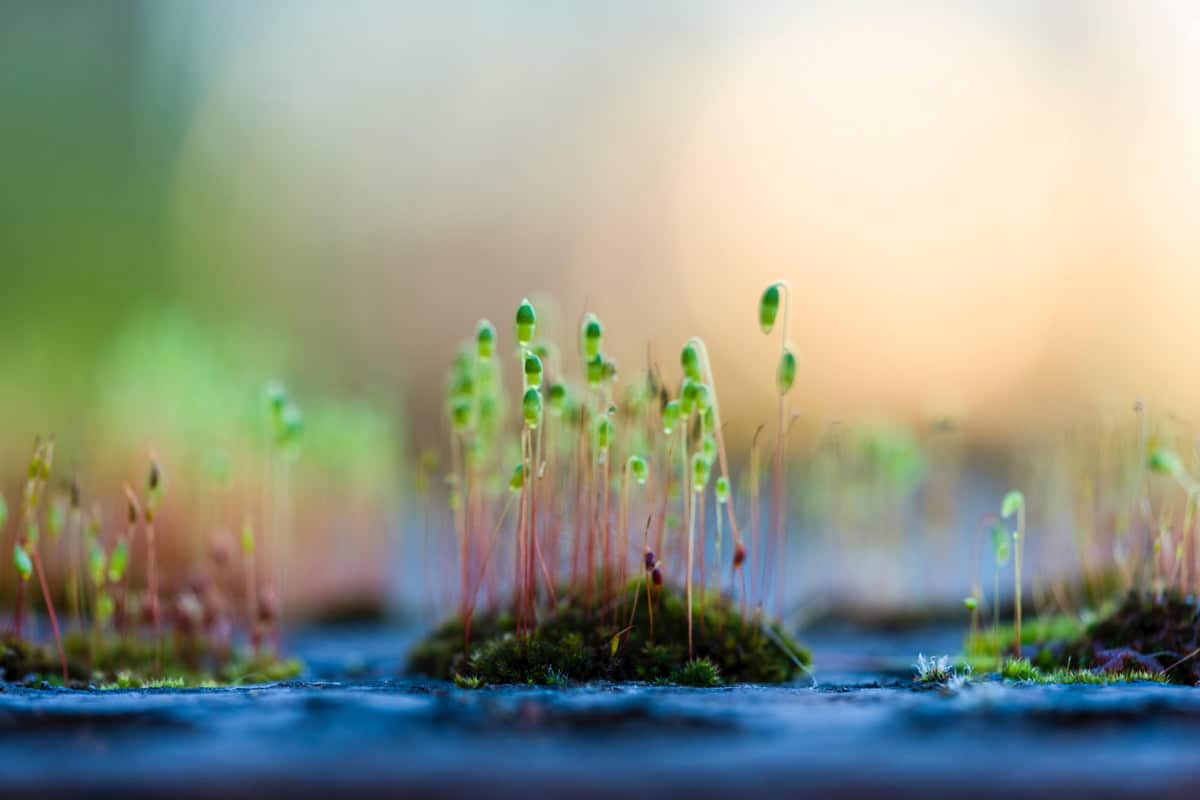 Vertical farming is growing. Are we ready to switch to aerofarms?

A lot of the time, business is ahead of governments when it comes to coping with change. For example, multiple recent adaptations sprouted from the global COVID-19 pandemic. In some way or another, pandemics, global warming and economic unrest are all linked. As we face increasing disruptions such as cross-border migration and deglobalisation, alongside the devastating worry of climate change, the agricultural sector has to be among one of the most flexible industries that there is. There is a new way of farming, and much like cities and towns that adapted to growing skywards, it looks like our food may soon do the same. What is vertical farming, and how will it work exactly?

What is vertical farming?

The practice of vertical farming is basically the growing of crops in stacked layers, within a controlled environment that has no need for solar light. This means that these crops can be housed in buildings, shipping containers, underground tunnels and even abandoned mine shafts—any atmosphere that can be carefully controlled, really. Vertical farms use soil-free growing techniques and are designed to be able to lay the crops in beds and trays on top of eachother. Artificial lighting and climate control are manipulated to fulfil the crops’ needs, including irrigation and fertigation (which is to supply dissolved fertilisers to crops through an irrigation system).

Vertical farming was initially a concept developed by Columbia University professor Dickson Despommier, who estimated that by 2050 nearly 80 per cent of the earth’s population will reside in urban centres, the human population would increase by about 3 billion people during the interim and an estimated 109 hectares of new land (about 20 per cent more land than is represented by the country of Brazil) will be needed to grow enough food to feed them, with the current average increase in population estimated at 81 million people per year, it looks like he could be right.

To combat this problem, vertical farming has become the best solution there is in order for us to increase the production of fruit and vegetables without the need for genetic modification or the cultivation of new farmland over space that we may not be lucky enough to have in the future. Other than the ever impending doom of a potentially, if not already, overpopulated planet, climate change is showing it’s sharpening teeth with more vengeance than ever before. This means that growing plants in a traditional way might be impossible anyway if we cannot control the manmade monster.

One of the great things about humans, and there evidently aren’t many, is our ability to prepare for the worst case scenario, and vertical farming is what many seem to be betting on as the next generation’s normal. By farming in this way, it may help to preserve the environment and reduce greenhouse gas emissions, and the main advantage of utilising these technologies is the increased crop yield that comes with the much smaller unit area of land requirement.

The crops will be sheltered from weather disruptions, meaning less waste due to crop failures, and because of the nature of the environment that the crops are grown in being secluded—the native plants and animals surrounding the farmland will be less affected, leading to the conservation of local flora and fauna. Vertical farming also has the potential to cut down on fossil fuels needed for harvest and transportation, and it uses significantly less water than normal cultivation.

There are of course, pros and cons to everything, and this solution to a problem is not exempt. Because vertical farming takes place in such a controlled environment, presumably without the presence of insects, the pollination process will need to be done manually, which is labour intensive and costly. However, the need for labour may be reduced, as the technological advancements of today lean towards automation and robotics. That being said, this could also lead to us depending on technology too much. A power cut could be devastating for one of these farms, which begs the question: are the technologies in use today ready for a mass adoption? And even moreso, do they have a choice other than to test out this route in our weakened climate?

The vertical farming market is growing rapidly, especially in places like Japan which already boasts 200 large scale plant factories, by 2022 the market is anticipated to hit a value of $5.8 billion. In the US, it’s growing at a compound annual growth rate (CAGR) of more than 24 per cent, and by 2024, it’s expected to reach $3 billion annually. To compare this to now, the fresh fruit and vegetable industry is worth over $104 billion.

Vertical farming technologies are still relatively new, and companies are yet to successfully produce crops in the grand scale we need to meet the growing demand for food, as well as to make it economically feasible.

Aerogardens for your home

Until the big movers make it mainstream for the rest of us, we can still use the same techniques on a smaller scale, in our own homes. This technology however remains expensive to purchase and not exactly necessary as it takes a while to pay for itself. An AeroGarden is undoubtedly worth it if you live in a city. You can grow any herbs or small fruits such as tomatoes and berries to enjoy all year round, without having to splurge the extra cash on the organic section in supermarkets. Self sufficiency is possible in many ways, even in the heights of a big city, and with the urgent need for us to reduce our waste and plastic use, it is becoming unnegotiable. You don’t have to have green fingers either, the tech will do the fiddling for you. We can all start small, we all did at one point, and look how big we are now.