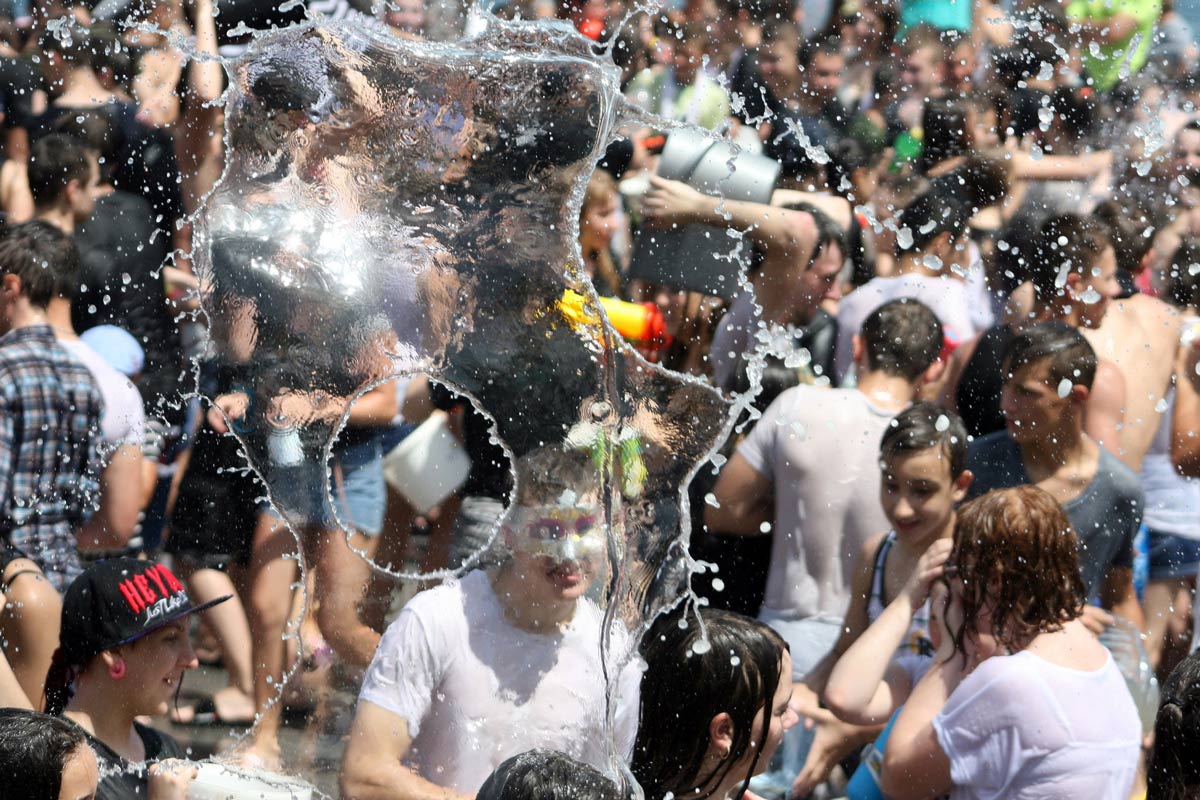 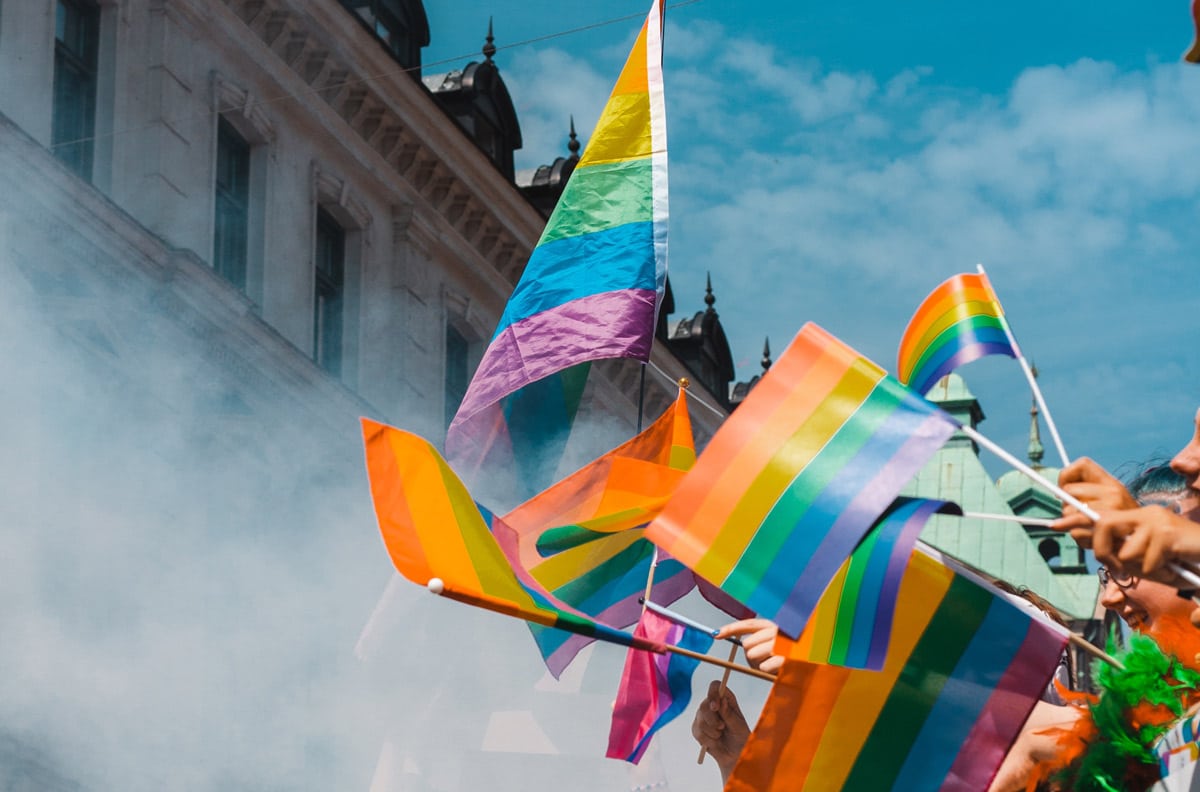 On 4 February 2021, two queer Chechen men were arrested by Russian authorities and deported back to Chechnya, where they face mortal danger. Salekh Magamadov, 20, and Ismail Isayev, 17, had fled to Russia in June with the help of the NGO the Russian LGBT Network after being arrested and reportedly tortured by Chechen authorities for running an opposition group on Telegram.

According to the Russian LGBT Network, Magamadov and Isayev had been arrested by the Chechen police immediately upon their deportation from Russia, and are now being investigated for false charges of aiding terrorism.

All Out, an international LGBTQI rights organisation, has teamed up with the Russian LGBT Network and launched a petition calling on US President Joe Biden and Secretary of State Antony Blinken to ensure that the two men are safe and demand their immediate release from detention.

“The concern for their safety is really high,” Yuri Guaiana, a senior campaigns manager at All Out, told Screen Shot, stressing that Magamadov and Isayev have no access to lawyers and referencing the brutal crackdown on queer people in Chechnya over the past four years.

Under the authoritarian leadership of Ramzan Kadyrov, persecution of the LGBTQI community became prevalent in Chechnya—an autonomous republic in Southern Russia. Since 2017, dozens of Chechen men suspected of being queer had been abducted, arrested, tortured and in some cases executed due to their sexual orientation.

While Kadyrov had emphatically denied any allegations of wrongdoing, suggesting that there are no gay men in Chechnya, numerous testimonies of men who made public their harrowing accounts of abduction and torture confirmed the existence of what is now known to be extensive, state-sanctioned purges of queer people in Chechnya.

Magamadov and Isayev’s case is the latest example of what All Out’s Guaiana describes as a new, more covert iteration of state-sponsored persecution of LGBTQI people in Chechnya—one that targets individuals as opposed to large groups of men.

Last spring, Magamadov and Isayev were arrested and reportedly tortured by Chechen authorities for “aiding terrorism” and running an opposition channel on Telegram; yet the young men’s sexual orientation clearly played a role in their apprehension and abuse by the police. In an apology video that the two men were forced to film, Magamadov was seen saying, “I am not a man, I am an empty space,” while in another video Isayev apologised for not being “manly” enough.

Aided by the Russian LGBT Network, Magamadov and Isayev then fled to Russia in June and were placed in a shelter operated by the Network in the town of Nizhny Novgorod, some 280 miles east of Moscow. It was from that shelter that the two men were abducted earlier this month by the Russian police, for reasons that remain unclear.

As reported by The Guardian, the Russian LGBT Network stated that one of the men had called the NGO’s emergency hotline while the arrest was taking place, and that screams could be heard in the background. Attorneys dispatched to the shelter by the NGO shortly after the abduction stated that there were signs of a struggle in the apartment.

According to a 24 February update by the Russian LGBT Network, Magamadov and Isayev are detained in SIZO No. 2 in the city of Grozny. An aid to Ramzan Kadyrov said in a statement earlier this month that the two men had confessed to helping an illegal arms group—a crime for which they could face up to 15 years in prison.

As per the Russian LGBT Network, Magamadov and Isayev were denied access to their lawyers.

Like many in the human rights community, Yuri Guaiana believes that the accusations levelled against the two men by the Chechen authorities regarding their complicity in abetting terrorism are “trumped up.” Considering the republic’s bloody record of persecution of queer men, Guaiana said, “it wouldn’t be a surprise if these accusations are only there to cover other intentions from Chechen authorities.”

Labelling any form of dissidence or demand for equality as terrorism is a political tactic widely-used by autocrats who seek to silence opposition and tyrannise communities they designate as scapegoats. Just recently, demonstrators calling for an end to the Turkish government’s crackdown on queer rights were smeared as terrorist by the country’s political elite.

The international community’s response to Magamadov and Isayev’s arrest in Chechnya has been swift, if prolonged. In a February ruling, the European Court of Human Rights asked that the two men gain immediate, unfettered access to a doctor and their attorneys, and that they be allowed to see their families. Its ruling has so far been ignored by both Chechen and Russian authorities.

On 9 February, the US State Department’s first openly gay spokesperson, Ned Price, tweeted that the department is “troubled” by reports of the two men’s arrest on “dubious ‘terrorism’ charges.” He further referenced the men’s claim that they were previously tortured in detention, and expressed concern that they will face further abuse.

“It’s a good first step,” Guaiana said in regard to Price’s statement, adding that the US government “needs to do more than a tweet,” and “demand to Russian authorities to do not just what they should do […] but what they have to do to respect their own laws and international community they’re part of.”

“Since the court of the Council of Europe is asking them to make sure that they are safe, and they’re not doing it, it’s a breach of international agreements,” Guaiana further stated, “it’s a breach of their own law.”

In its petition, which so far garnered over 25,000 signatures, All Out is highlighting the fact that Magamadov and Isayev were arrested on the very same day that Biden signed a Presidential Memorandum directing all US diplomacy and foreign assistance programmes to do more to protect the rights of LGBTQI people abroad.

“We call on you to live up to your promise of using US diplomacy and foreign assistance to protect the human rights of LGBT+ people and to make immediate entreaties to the Russian Government to release Salekh Magamadov and Ismail Isayev,” the petition reads.

“The fact that torture is something we need to take into account doesn’t give any reliability to the whole process […] and the whole legal system in Chechnya,” Guaiana said, emphasising that by virtue of being LGBTQI Magamadov and Isayev are at risk of being subjected to such severe torture that they may not even make it alive to face trial. This fact alone, Guaiana and his colleagues maintain, should compel the US to demand the men’s immediate release. “It’s unacceptable that people need to face torture and still discuss whether they should go to trial or not. They should not face torture first.”

Magamadov and Salekh’s abduction and arrest come on the hills of mounting evidence of a general decline in the living conditions of LGBTQI people across Europe and Central Asia, as unbridled hate speech rises, oppressive laws are passed and the COVID-19 pandemic exacerbates long-standing crises of homelessness, health disparities and lack of access to basic services and rights among the queer community.