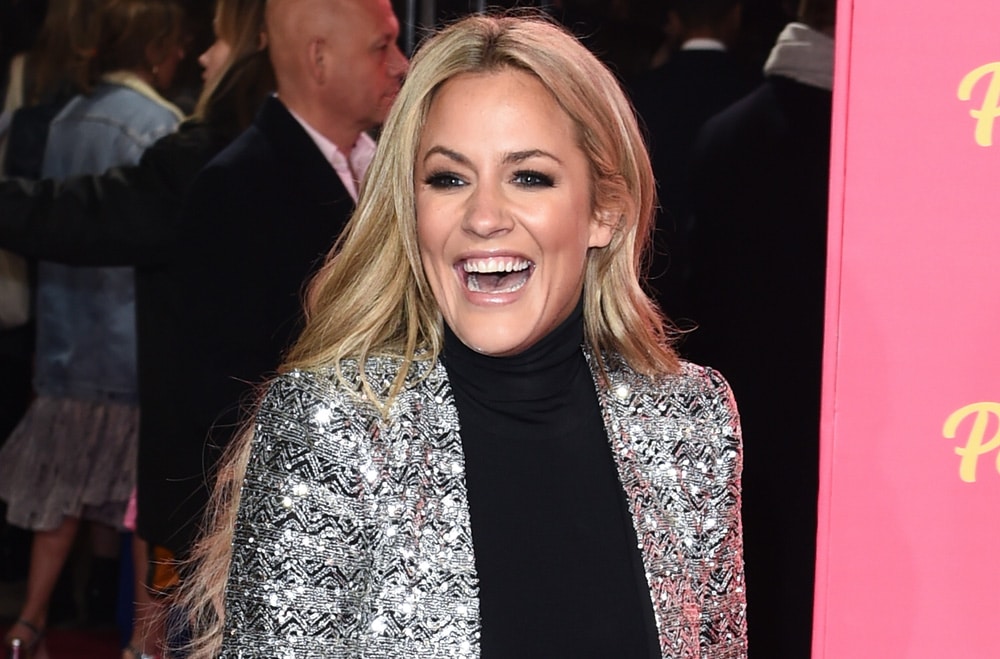 40-year-old Love Island host Caroline Flack was found dead on 15 February 2020, at her east London home as she was awaiting a criminal trial for allegedly assaulting her boyfriend Lewis Burton, an allegation she kept on denying.

This morning, an inquest at Poplar coroner’s court heard that a paramedic called to her home when she had been found unconscious had seen a note lying on top of an open magazine that read: “I hope me and Lewis can one day find harmony.”

The hearing was also told that Jody Flack, Caroline’s sister, had made desperate attempts to save her when the star was discovered unconscious at home.

After not being able to get a hold of her sister on the 15, Jody had contacted Flack’s friend Louise Teasdale who rushed with her father Stephen to help. “My daughter Louise Teasdale started getting phone calls from Jody Flack, saying she was at Caroline’s flat and Caroline wasn’t opening the door,” he said in a witness statement.

“Louise and I came to the flat and tried to force entry, I used my shoulder a few times and then my feet but the door refused to budge,” Teasdale added. They then went to get a spare key from the landlady, and he was the one who found Flack unconscious in the home, having apparently hanged herself.

When the inquest was opened in February, Flack’s family shared an unpublished Instagram message she had written which said the incident with Burton was an “accident.”

“I am NOT a domestic abuser. We had an argument and an accident happened”, Flack wrote. “The reason I am talking today is because my family can’t take anymore. I’ve lost my job. My home. My ability to speak. And the truth has been taken out of my hands and used as entertainment. I can’t spend every day hidden away being told not to say or speak to anyone. I’m so sorry to my family for what I have brought upon them and for what my friends have had to go through. I’m not thinking about ‘how I’m going to get my career back.’ I’m thinking about how I’m going to get mine and my family’s life back. I can’t say any more than that.”

Burton said in a written statement that Flack had been “devastated” the last time he saw her and sometimes talked about taking her own life. Flack’s sister also read out loud a statement she had written for the inquest: “Heartbreak is something Caroline found extremely difficult. She attempted to take her own life the night before she appeared in court. I believe the shame was too much to deal with.”

The inquest in front of Senior Coroner Mary Hassell continues today and is expected to last two days. 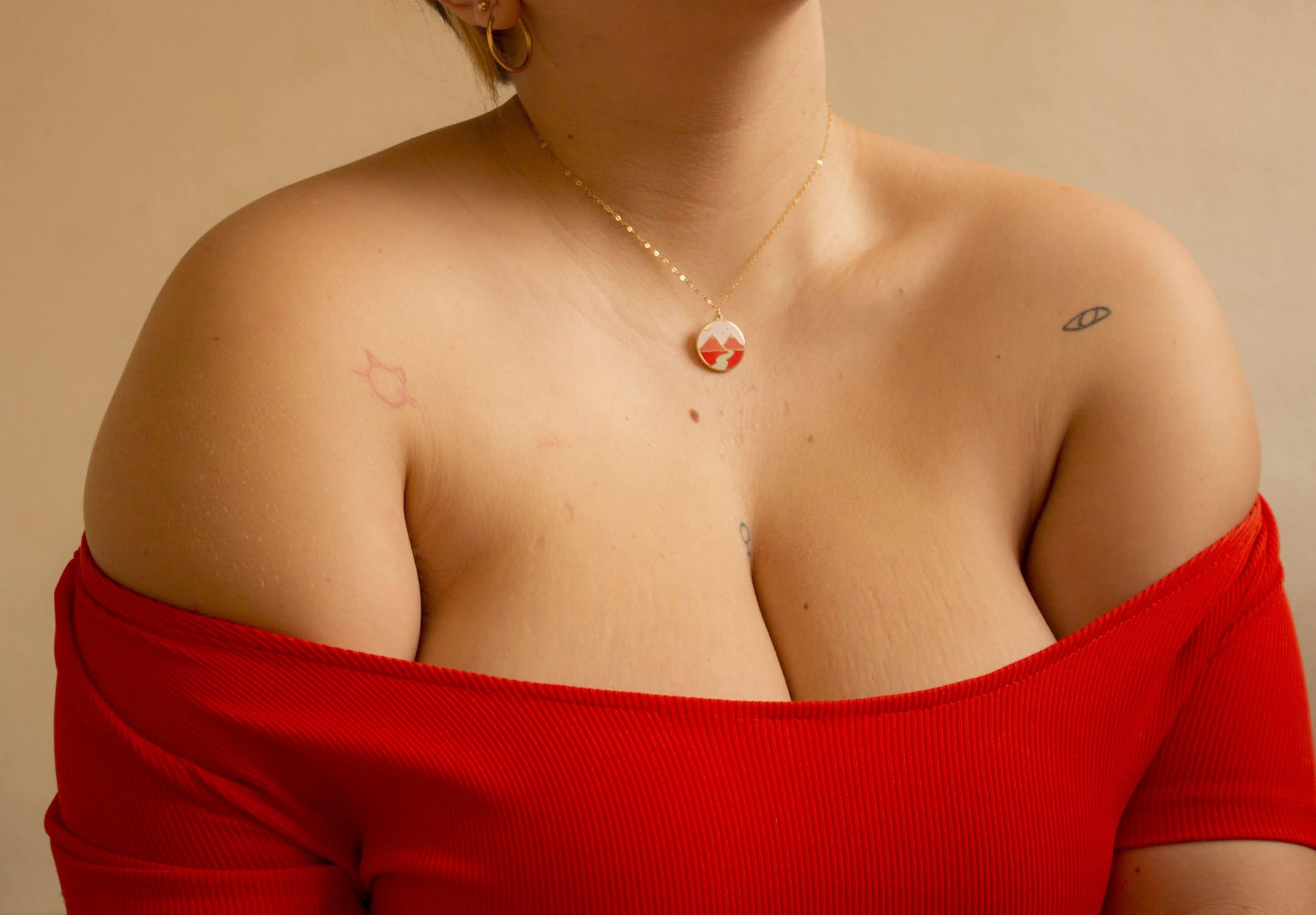 Love Island reflects our society: the bad, yes, but also the good

I’ve always felt like people define themselves by what they hate, not what they love (me included). And during my last few summers in the U.K., Love Island is this one topic that seems to be right in the middle—some hate on it, some absolutely love it. For the few of you that have been living under a rock, Love Island is a reality TV show where hot young singles (all looking for love) move to a house in Majorca and couple-up with someone in order to survive in the villa. Weekly, the ‘Islanders’ with the fewest votes have to leave the show. The winning couple leaves the island with £50,000.

I only started watching Love Island last year, and although it made me cringe from its initial tacky look and feel at first, I slowly got into it. A year later, you’ll find me on my sofa at 9pm sharp almost every night, ready to watch the daily events unfold. Put people under a microscope for two months and you’ll get viewers. Why? Not only because it’s basic human nature to scrutinise, criticise and analyse other people, but also because Love Island has these added elements of love, dating, ‘grafting’, ‘humping’ and people talking about their ‘type on paper’. What’s not to like?

In a country where Brexit seems to be a main point of discussion, one that is stressful for most of us, Love Island is my distraction. And while it’s important that people call out the show’s lack of diverse representation (after last year’s first black female contestant ever, there have been numerous articles about Yewande Biala, the one black woman on this year’s show), it’s worth thinking about the wider positive effects it has on viewers.

My point is that even though there are a lot of things that are wrong with Love Island, there are also many positive outcomes. Viewers might not relate to the unrealistic body standards or, more precisely, the lack of (body) diversity, but there is one thing everyone can relate to, the Islanders’ need for love. Unlike the other famous reality TV show Big Brother, Love Island is about showing how people react to topics that viewers can easily relate to—rejection, betrayal; abandonment. Talking to Vogue about Big Brother, clinic director of Harley Therapy, Sheri Jacobson said the show had a “tactic of purposely bringing in psychologically unstable (and thus highly vulnerable) people into the mix for entertainment’s sake”.

Let’s make things clear, just like any other TV reality show, Love Island is heavily edited—intense romantic relationships or not, both are manipulated by producers before ending up on our screens. Once taken with a pinch of salt, you’ll notice how the show operates on a different number of levels, creating a ‘theatre’ where Islanders are part of the ‘cast’. And this is exactly why I like Love Island so much, it is one of the best (and longest) plays I’ve seen. I see the show as metatheatre as a half joke and half serious point, with the definition of metatheatre being comedy and tragedy, and giving the audience a chance to laugh at the protagonist while feeling empathetic simultaneously. Sounds about right.

Love Island also clearly defines the complexities of British society. Admittedly, that’s not the reason I started watching it, but anyone criticising the reality TV show for its lack of intelligence should then decide to put their focus on what the show reflects of our society and our way of interacting with each other, not on the bare bums and silly arguments. One of the rules that the Islanders are given before going on the show is that they’re not allowed to talk politics or share their political views. Why exactly is that prohibited? Would it not make Love Island appealing to more viewers by showing Britain’s diverse political opinions, or would it just end in another Sherif drama?

Love Island is definitely not perfect, but it compelled me not to be so judgmental. Who am I to judge people on TV, especially people that just want to find love (and, okay, possibly win £50,000, something that is a big enough incentive to be accepted by everyone as the main goal of the journey, and yet last night Molly-Mae was fuming after being accused of doing that exactly)? The show points out the social dynamics that we also have in our own lives and pushes me to reflect on my own relationships (romantic or not). Maybe you should have a go as well, have a little Love Island therapy session.