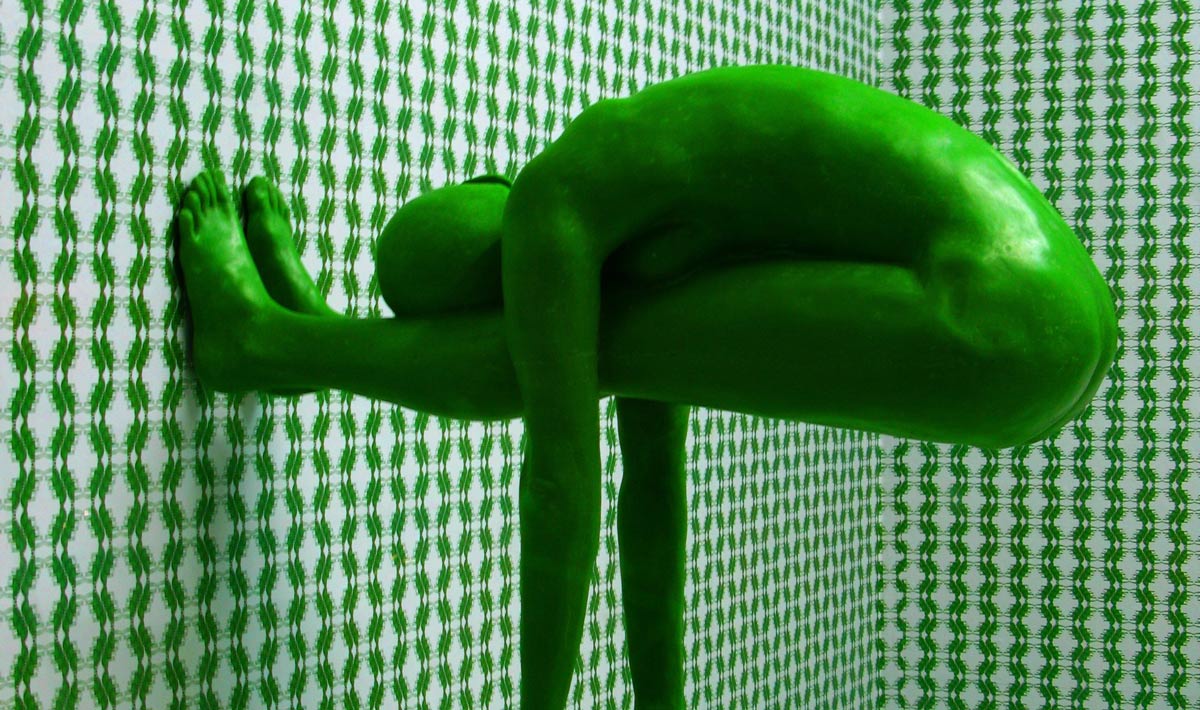 The potential for human ingenuity is limitless. Just think how much progress we’ve made in just one century! A mere hundred years ago, it was impossible to take flight across an ocean or even travel more than ten miles from your house without getting tired.

Now there are robots on Mars surveying whether the planet is ready for our arrival. It’s enough to make us believe nothing has limitations. After all, inventions continue coming out at such high rates that anything seems possible.

It’s difficult to believe that two decades ago, the iPhone didn’t exist. Now, we are all equipped with a supercomputer in our pockets, full of high-tech games. Some people even say our phones will soon be able to do everything from taking care of you when your heart fails to diagnosing Alzheimer’s disease, and maybe more too!

This innovative technology has been exponential for centuries now. What does tomorrow have lurking around its corner? Let’s have a look at some more fanciful ideas.

It’s true—jetpacks do exist, but they are not producible or at all practical. Every single version of the tech developed so far has needed fuel and money in equal amounts and it also tends to be somewhat loud, with its volume sometimes being too high for some people’s liking.

On top of all this bad news, there’s more. These things can kill you if misused, and because of that, no sane company would take that risk, especially since there were numerous accidents involving these types of devices when they were prototypes, proving personal jet packs are not financially viable yet.

The most famous attempt to create a flying car resulted in two entrepreneurial men dying during an early test. The technology has not yet been perfected and is still considered too dangerous for public use.

The idea behind creating futuristic vehicles like these may not be as far off as we think. After all, there have already been experiments with cars that can fly. Electronic engineer Henry Smolinski and mechanical engineer Hal Blake amalgamated parts from an old Cessna aeroplane and a Ford Pinto into one vehicle known as the “Frankenstein Plane.” However, when it took off on its second test flight, everything went wrong and they both died—no surprise there really…

It’s a fact, trying to travel faster than light is physically impossible. Even if it were possible to travel at such relative teleportation velocity (which it’s not), travelling beyond the speed of sound would cause humans to explode into fragments. Under those circumstances, our bodies cannot metabolise food or water or indeed keep our guts in our stomachs. Meaning there’d be no way for us to survive.

A more practical application might have some interesting consequences. Imagine using this form of transportation as a means around natural disasters by simply being able to jump back and forth between countries, without crossing international borders or going through passport control.

Hoverboards do exist (in theory anyway) and can do a whole lot more than fly. These hands-free Segways don’t excel at hovering. And if we’re lucky enough to see something like this come out of the prototype stage anytime soon, it would literally cost an arm and a leg. So don’t hold your breath, because it’s likely to kill you too…

Yeah, it’s not happening this year or anytime soon either. But why? Because it’s impossible—an excellent idea, though. That being said, we realise that you can technically travel to the future by blasting off from Earth and going fast into space in your rocket ship chasing after light speed (like Marty McFly in Back To The Future).

However, you have to accept that unless things change, time travel only appears in the movies or on the Starship Enterprise—because we aren’t atoms just yet, captain.

Mad inventors say that they have found a way to make objects invisible by creating an elaborate system that distracts your eye with other images. You’ll need refracting material, like glass or metal filings in front of light; energy-consuming projectors and cameras for capturing environmental cues before they happen (to match what’s happening around you); so lots of equipment, tons upon tons worth!

Researchers demonstrated this past year that there are steps being taken towards the ultimate goal of invisibility. But, this is never going to happen in real terms—it’s just smoke and mirrors (or maybe just mirrors).

A pill instead of dinner

Human beings are a bit of a curious bunch, always looking to save time. We like to find shortcuts, and there’s no food more tempting than the one-shot deal, be it in pill form or otherwise. However, while this sounds fun, it’s actually a bad idea; eating is one of the pleasures in life, so we are delighted that this almost reality is not coming to UberEats anytime soon.

Have you always wanted a twin? The news of human cloning has been around for years, and many people are sceptical about it. However, in the late 1990s, scientists from South Korea claimed they had successfully cloned a human embryo. When we looked into the story, we found it was only 4 per cent true as The National Human Genome Research Institute (NHGRI) reported that the experiment resulted in only four living cells after being created through scientific fertilisation techniques. The NHGRI goes on to say, “There’s currently no solid scientific evidence anyone else has cloned embryos.”

There was, however, a successful attempt at cloning a sheep. The sheep’s name was Dolly, and scientists cloned her from cells taken from the mammary gland of a six-year-old Finn Dorset sheep and an egg cell from a Scottish Blackface. Dolly’s surrogate mother gave birth to the furry little clone making controversial history way back in 1996.

Perhaps one day they will perfect human cloning, but we hope they don’t. After all, it will only be the mega-rich who will be able to afford it, and we don’t need more megalomaniacs in this world than we already have.

Whether your sentimental status is currently on the same page as her anguishing words or not, you must feel it coming too—the dreadful Valentine’s Day. And if love is a losing game, Valentine’s Day is, without a doubt, the lamest one ever. The festivity has the reputation of being a materialistic celebration of monogamous and heterosexual traditional couples, and fairly so. In other words, Valentine’s Day is the feast of love’s many stereotypes, not Saint Valentine’s Feast.

In order to break free from Valentine’s Day traditional outcomes and survive this heart-shaped day that feels like a week for most of us, I shortlisted five sex tech products that will improve your love life, whether you’re coupled-up, single, or somewhere in between. Each of these products and devices will not only make your sex life and relationships more festive, but these might even open up your spectrum of pleasure by breaking the boundaries and taboos surrounding it and by empowering you to feel more comfortable with your sexuality. Okay, I’ll stop teasing you now, here we go.

1. The Osé, and all things Lora DiCarlo

This is a fundamental one, and not only because it was the sex tech company’s first device, but because it is amazing. Osé uses micro-robotics inspired by human movements to give its users a full-bodied climax. How? By aiming for both clitoral and G-spot orgasms simultaneously. The award-winning robotic massager designed for hands-free orgasms made the headlines in 2019 after getting banned from CES.

Shortly after that, DiCarlo’s founder Lora Haddock DiCarlo fought the Consumer Technology Association (CTA) and rewrote the rules to create a safer and more inclusive environment at CES. This gave sex tech the space and recognition it deserves. This year, Lora DiCarlo introduced its two additional devices at CES 2020: the Baci, a “microrobotic pleasure device that simulates the feel and motion of the human lips and tongue,” and the Onda, a product which replicates the movements of human fingers.

So even if the Osé isn’t for you, don’t stress, Lora DiCarlo has plenty of other high-end choices.

Because, at the end of the day, pleasure is all about knowing your body.

For those who are in a long-distance relationship, I haven’t forgotten about you. Interactive sex toys could help you bridge the geographical gap. Regardless of the distance, many of Lovense’s products allow couples to have long-distance sex by connecting both sex toys via Bluetooth. Once the partners are both online and active on the app, one of the two can send a notification to start the session.

The toys respond to the person’s movements and send feedback to their partner. This way, one has the impression of feeling the other person’s touch from a distance (the whole practice can be accompanied by a video call or texts). In case of privacy concerns: all data that passes through Lovense’ servers are fully encrypted, so go for it.

Today, the website has organically grown into a platform where filmmakers, performers, and artists turn people’s sexual confessions into explicit short movies. If someone’s anonymous confession is picked to be turned into a film, the person gets rewarded with a free access pass to the site. XConfessions is a creative way of exploring pornography while keeping this gigantic industry challenged and diverse.

Based on this list, it looks like love doesn’t have to be a losing game after all.