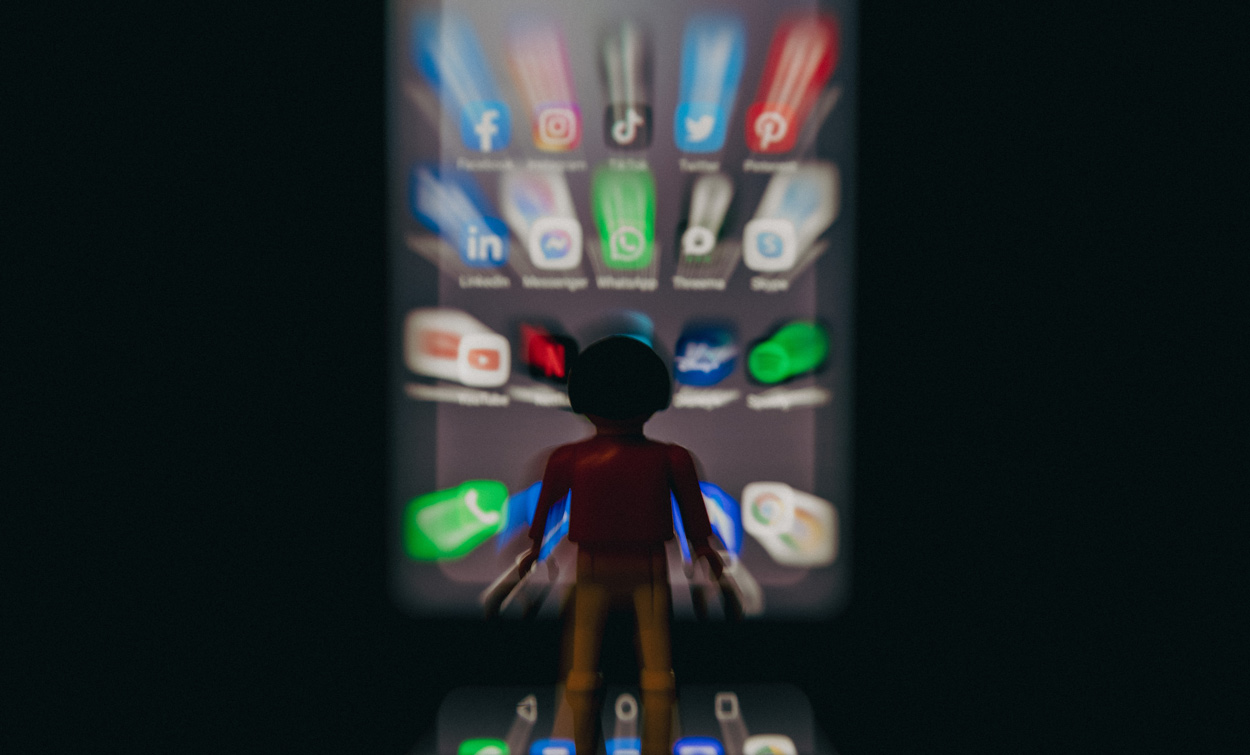 If you’re based in the UK and have a somewhat unhealthy TikTok addiction—no judgement here, join the club—chances are that you’ve seen at least one of the numerous livestreams featuring Syrian families, which sometimes include only children in them, begging for viewers to send them money.

The way it works on TikTok LIVE is that people can send virtual gifts to someone streaming on the app using TikTok Coins. Now, don’t get this concept all twisted. Although these rewards are initially sent in a digital form, they cost viewers real money and result in monetary compensation for content creators.

As good as all of this sounds, there’s one loophole the video-sharing giant had probably been keen on keeping quiet about—until a recent BBC investigation shed light on the exploitative practice. Though the publication revealed it saw some livestreams earning up to $1,000 (£900) an hour, it found that the people producing said content from Syrian camps received only a tiny percentage of that—with TikTok itself taking up to 70 per cent of the proceeds.

As you could expect, when asked for a comment on the controversial revelation, the company claimed that this “exploitative begging” was not allowed on its platform and that its commission from digital gifts was significantly less than 70 per cent. Obviously, it declined to confirm the exact amount it seizes instead and added that it would take prompt action against this type of content.

What’s even worse is that, after going to camps situated in North-West Syria, the BBC found that the trend was being facilitated by so-called “TikTok middlemen” who provided families with the phones and equipment needed to livestream.

The middlemen said they worked with agencies affiliated to TikTok in China and the Middle East, who gave the families access to their own accounts on the platform. These agencies are part of the app’s global strategy to recruit livestreamers as yet another attempt—which will most definitely prove successful, we’re sure—to encourage users to spend more time on TikTok.

If you’re confused as to why the problematic trend seems to have picked up in the UK specifically, since TikTok’s algorithm suggests content based on the geographic origin of a user’s phone number, the middlemen further shared that they prefer to use British SIM cards for the smartphones they give away to people in need. People from the UK are the most generous gifters, they explained.

In an attempt to find out exactly how much the app actually gives back to its creators, the BBC had a reporter in Syria contact one of the TikTok-affiliated agencies saying he was living in the camps. After he obtained an account and went live, BBC staff in London sent TikTok gifts worth $106 from another account. At the end of the livestream, the balance of the Syrian test account was $33. In other words, TikTok had taken 69 per cent of the value of the gifts sent.

The $33 remaining was then reduced by a further 10 per cent when it was withdrawn from the local money transfer shop. As stated by the publication, “TikTok middlemen would take 35 per cent of the remainder, leaving a family with just $19.”

Not only is this business model completely unfair, but it also clearly violates TikTok’s own policies to “prevent the harm, endangerment or exploitation” of minors on its platform. We can only hope that, as this investigation continues to gain traction online, and until the app finally takes responsibility for the accusations it faces by actually doing something about it, families in desperate need can turn to charities to receive help and basic supplies. 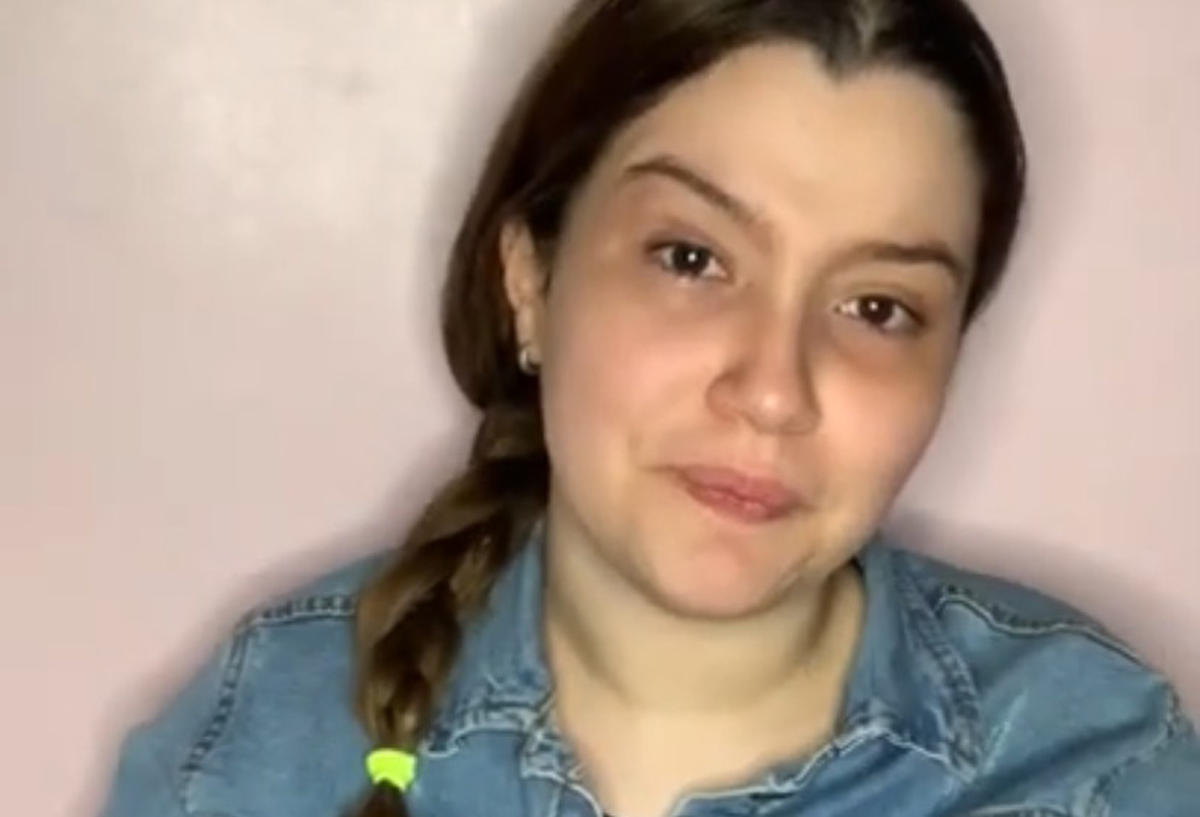 Egyptian TikTok star Haneen Hossam has been sentenced to three years in prison following a retrial on “human trafficking” counts. 20-year-old Hossam first made headlines in April 2020 after being arrested for inviting fellow female followers to join the platform and sharing advice on how they can monetise their content on social media—an act the Cairo Criminal Court has viewed as exploitative.

But Hossam wasn’t the only young woman struck with such charges. Among the five that were arrested at the time, Maward Elhadham also made the news. The pair were facing serious prison time and in July 2020, were found guilty by Cairo’s Economic Court for “violating family values and principles,” the BBC reported. The TikTokers also faced huge fines of around 300,000 Egyptian pounds ($16,100; £12,400).

Denying the charges, Hossam was eventually acquitted in January 2021 and Elhadham’s two-year sentence for the distribution of ‘indecent’ imagery was also dropped. “Haneen went through a lot of psychological pressure because of being jailed for the past nine months,” lawyer Hussein El Bakar told Reuters in January 2021. However, progress did not last long as the young TikTok creators were later officially charged with “human trafficking”—a crime linked to her public invitation to motivate her followers in making money through live videos on the app.

Just six months later in July 2021, Hossam was sentenced (in absentia) to ten years while Adham, who was present in court that day, was stuck with six years of jail time. In a video posted after her sentencing, which has since been removed, Hossam pleaded with the president for a pardon, “Ten years! I didn’t do anything immoral to deserve all this. I was jailed for ten months and didn’t say a word after I was released… Why do you want to jail me again?”

The two-year-long saga had its latest update on Monday 18 April 2022 when a retrial cut the TikToker’s sentence from ten to three years—she will still have to face the large fines put to her. These cases have ignited outrage among activists in the country.

“What does it mean for an Egyptian court to convict TikTok vlogger Haneen Hossam on ‘human trafficking’ charges? It means that the justice system is criminalising what influencers globally do every day when they invite others to work with them and monetize TikTok activity,” Mai el-Sadany, managing director of the Tahrir Institute for Middle East Policy, wrote in a tweet on the latest ruling.

“Women TikTok influencers are being punished for the way they dress, act, influence on social media, and earn money online,” said Amnesty International researcher Hussein Baoumi in Al Jazeera’s reporting. “This is part of the authorities’ attempts to control cyberspace by policing women’s bodies and conduct.” The double standard in the Egyptian courts’ treatment of women couldn’t be more clear in Newsweek’s investigation of male YouTubers dedicated to ‘exposing’ girls in the country on social media.

The publication surfaced a plethora of videos made by a group of verified YouTubers that aimed to have ‘TikTok girls’ castigated, imprisoned and even raped for their online dancing. Calling on the video platform to do something about the issue, Newsweek highlighted how such misogynistic users were being rewarded with Creator Award plaques (the iconic ‘Play Buttons’) for their attacking content—ironically while YouTube pushed the celebration of Women’s History Month throughout March.

Following Newsweek’s exposure, several videos have since been removed both by YouTube and the male creators themselves.