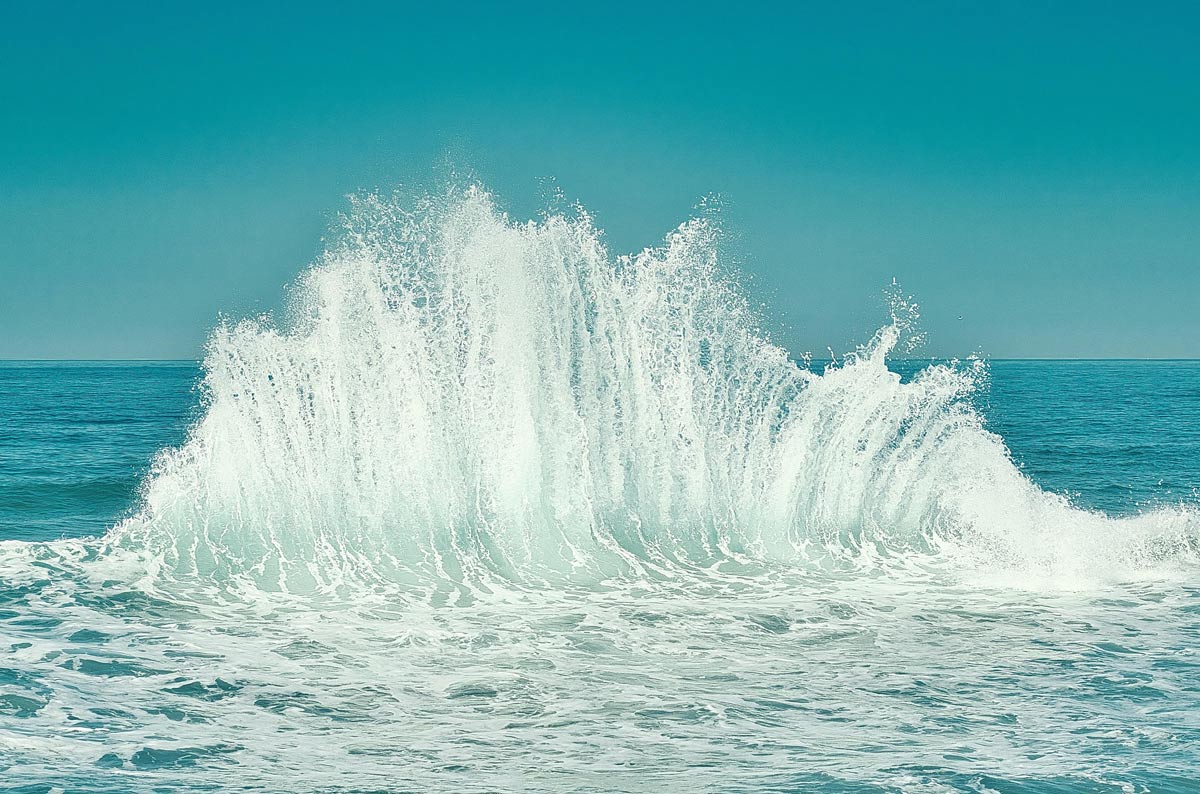 Female ejaculation is not something that’s been discovered recently. Hippocrates and the Kama Sutra both reference female ‘semen’. Hippocrates thought that it helped create children while the Kama Sutra explained when it should be expected and why. In the 17th century, Dutch anatomist Regnier de Graaf wrote the essay Concerning The Generative Organs Of Women, where he described the fluid and linked it to an erogenous zone inside the vagina that was much like male prostate. This zone was later reported by German gynaecologist Ernst Gräfenberg and named after him as the Gräfenberg Spot or G-Spot.

Recent studies estimate that female ejaculation is experienced in some form by anywhere from 10 to 54 per cent of women and, according to a 2013 study, the amount of ejaculate released can range from approximately 0.3 millilitres to more than 150 millilitres. Those are some pretty limited findings on the topic considering the advancements we’ve been through in the last century.

Want to make someone squirt?

What is the liquid produced during ejaculation?

The main question that people focus on when speaking about female ejaculation is whether the liquid produced at that point is simply urine. Now, let us start by asserting once more just how lacking research still is on the matter.

A study conducted in 2014 asked a group of women to go to the loo before participating in any sexual activity and then undertake ultrasound scans to prove that their bladders were empty. After the women became sexually excited, they were given a second ultrasound, which showed their bladders had re-filled significantly. Finally, a third scan after they’d squirted revealed empty bladders again, suggesting the liquid they’d released came from this source and was likely to be pee (or at least partly so).

But according to Daye, not only did the study only include seven women, it also found that five out of the seven women had prostate-specific antigens (PSAs) in their squirt. “PSAs is an enzyme produced by the prostate gland in men and found in semen, but not usually associated with urine—which is made up of 95 per cent water and trace amounts of urea, creatinine, and minerals like sodium and potassium.”

As it turns out, urea and creatinine, which are two chemical constituents of pee, were only present in very low levels and additional substances were present after sexual stimulation, ones that you otherwise wouldn’t expect in urine. Women contain prostate tissue too, just like men, in structures known as the Skene’s glands or paraurethral glands, which are located on the front wall of the vagina. Some studies show they drain via ducts into the lower end of the urethra, which led some specialists to believe that these glands play a crucial part in helping to create the liquid that’s set loose during squirting.

Although different studies on female ejaculation seem to contradict themselves, for the time being, there is no consensus among sexual health professionals and researchers as to what squirt is or is not—most probably not just urine.

Women who regularly squirt have admitted to the BBC that “There are instances where I’ve squirted and still needed a wee afterwards,” and another one added, “My squirt fluid is colourless, even if I’m pretty dehydrated, when my wee looks more like Irn Bru.”

Why do some women squirt and some don’t?

Some women can squirt, others simply can’t—and there’s absolutely nothing wrong with either. Wetter isn’t inherently better, nor worse. Approach it with a sense of open-minded fun, not obligation or stigmatisation.

Speaking to the BBC, adult actress Silvia Saige said: “It’s increasingly being asked for, and a woman’s career can take a financial upswing if she manages to squirt. I don’t get hired for jobs specifically featuring this act because it’s not something I can guarantee will happen with my body.”

Other performers who similarly can’t be sure they’ll squirt on cue fake it by either urinating or using vaginal douches—filling themselves with water, then contracting their vaginal muscles to catapult it out dramatically. This means that what viewers see on camera (and try to copy at home) may not be fully feasible in many cases.

On top of that is another added pressure, one coming from the belief that women who can squirt have reached a ‘higher’ source of pleasure than your regular orgasm. In other words, some people (usually men) see female ejaculation as the Holy Grail of sexual pleasure. And while some women have admitted that it was a mind-blowing experience, others have described their experience as mentally and physically tiring as well as painful.

Meanwhile, other women are holding back or feeling mortified when it happens because of stigma and fear. Many think that female ejaculation is unusual and have a sense that partners will be shocked or turned off. Why is that? Here again, society is to blame. Squirters are often worried about their partners thinking they’ve actually wet themselves.

Although many researchers ignore the possibility of female ejaculation damaging a woman’s pelvic muscles, Cosmopolitan spoke to sexual health expert and New York Times bestselling author Ian Kerner about this potential danger. Kerner explained that a handful of sex therapists actually think that straining to squirt can ultimately damage the pelvic muscles, “When you think about it, an orgasm is an involuntary process. Regardless of what happens during sex, orgasms are unconscious and involve relaxing and letting go.” 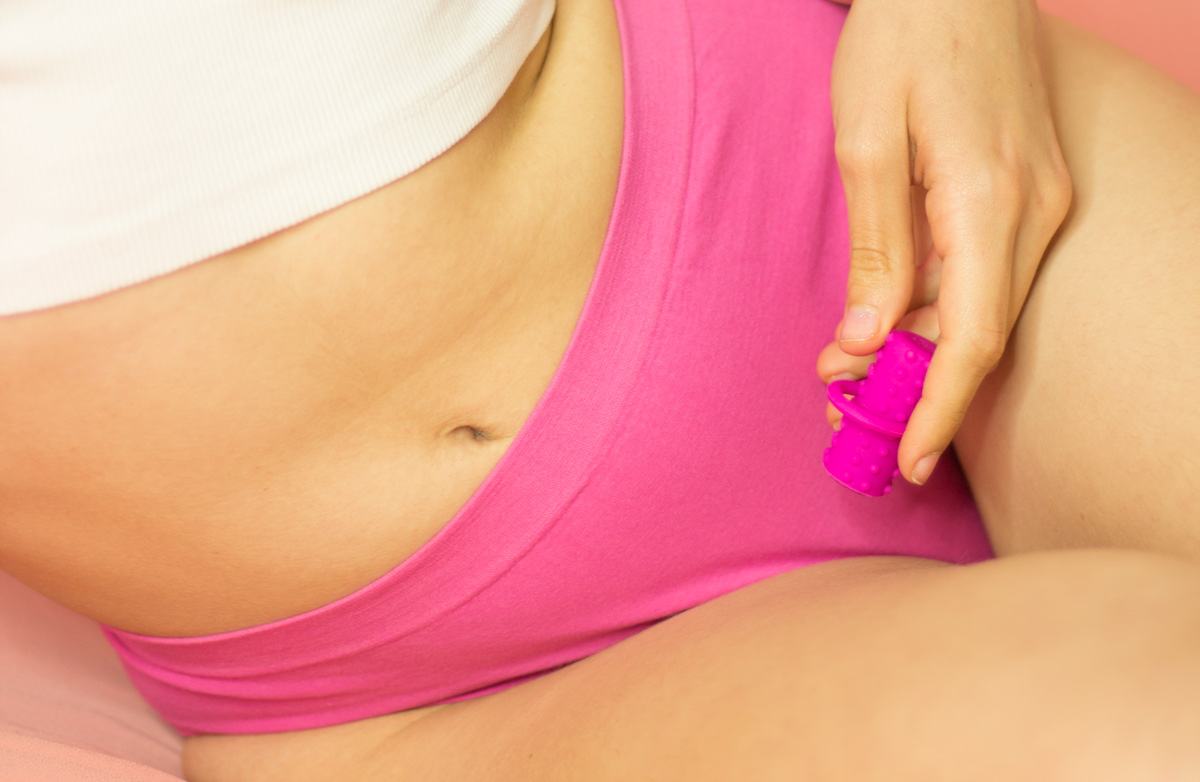 The wellness industry is thriving, for better or for worse, and with it, various vaginal products are appearing on the market. While some products are used to ease menstrual pain or increase sexual healing through pleasure, others are sold purely for the purpose of ‘finessing’ our genitals. Why is this trend happening now and how much of a problem is it?

Of course, this is not the first time that women are being targeted with false and unnecessary health advice. Gwyneth Paltrow, also known as the mastermind behind GOOP, recommended vagina steaming in order to balance hormone levels and cleanse the uterus, which gynaecologists strongly advise against.

A few years ago a new trend appeared that advised women to peel a full cucumber and penetrate themselves with it—not for the purpose of pleasure, but to ‘reduce odour’ and add ‘moisture’. Health professionals were quick to point out that this practice can actually lead to a number of diseases. In other words, your vagina does not need a ‘cleanse’, and unless a medical professional examined you and told you otherwise, basic hygiene should be enough.

Recently, there has been a worrying increase in various products being sold for the purpose of ‘beautifying’ the genitalia. There are now serums, charcoal masks, various scented perfumes and even highlighters to make your beautiful vagina even more… well beautiful, and this market keeps on growing despite medical professionals’ disapproval of it. Not only are these products unnecessary, but they also promote a false idea that our genitals need to appear a certain way, which can create insecurities for women while also capitalising on them.

TWO L(I)PS is a skincare company dedicated entirely to the vulva, which specialises in selling products such as activated charcoal masks for $28 and brightening serums for $150. While all products are dermatologically tested, their necessity should be put under question. Don’t get me wrong, I love a good charcoal mask, but only for my face—never have I considered applying one to my vulva.

The charcoal masks are said to “soothe, detoxify, brighten and moisturize the vulva,” and were in fact so popular that the company sold out of them two months after their initial launch (they are now back in stock). One of the brand’s serums, priced at $120, is made out of the skin whitening agent Palmitoyl Hexapeptide-36, and comes with the instruction to apply SPF 30 sunscreen the following days. Make your own judgement, but it sounds quite concerning to me that sunscreen would be needed in that area after using a serum.

Another company, The Perfect V, explains on its website that its products are “always for beauty’s sake. It is pure, indulgent pampering and love for your ‘V’. It is a multi-tasking luxury skincare formulated to rejuvenate, enhance and beautify the ‘V’.” Notice how the company never refers to the vulva or vagina by its name—instead, it is just the ‘V’, and if you buy their products, you can beautify your ‘V’ to become the perfect ‘V’!

It is certainly confusing that a company created by adults for adults won’t refer to genitalia by its real name, and should be taken as a warning sign. Perhaps it comes from the stigma surrounding women’s genitalia, but this only makes it all the more ironic that a brand entirely dedicated to selling products for our vulvas can’t even acknowledge that it is in fact called a vulva.

Among the products being sold by The Perfect V, which all claim to be both dermatologically and gynaecologically tested, there is a special $43 highlighting cream that promises to ‘illuminate’ your vulva and make it shimmer. This product can be compared to a highlighter you may apply to your face during your make up routine, only, in this case, it is meant for your vulva.

Everyone should be free to do whatever they want with their own bodies, so if you want to illuminate your vulva, please feel free to do so. My aim isn’t to judge customers, but more to highlight a bigger problem: the stigmatisation of the appearance of female genitalia. This is an increasing issue, and cosmetic surgeries, such as labiaplasty, have seen a 400 per cent increase in the last 15 years.

The stigma doesn’t just stop at the appearance of the vulva itself—it also touches upon other aspects, such as the vagina’s natural scent, its moisture or lack of such, or its pubic hair. One of The Perfect V’s best selling products is a beauty mist described as both “a natural skin conditioner and deodorizer,” that supposedly moisturises your skin and leaves your vulva smelling of roses. Another company called V Magic sells lipstick for your vagina, which supposedly moisturises and deodorises your vagina, too.

Similarly, the ‘Clit Spritz’ is a product sold by The Tonic, a wellness company specialising in CBD products. The ‘Clit Spritz’ is described as a “sexily-silky, gorgeously-scented oil designed to stimulate, lubricate and rejuvenate your lady bits.” Using the expression ‘lady bits’ once again stigmatises genitals. It is important to note that the company is selling the ‘Clit Spritz’ as a lubricant—a product that is both necessary and great—but the product’s description is vague and implies that your clitoris needs a ‘gorgeous scent’, which it doesn’t.

Not only are some of these products beyond ridiculous, but many medical professionals advise against applying and using them as they can affect a healthy PH balance and lead to infection. Vaginas can naturally clean and moisturise themselves, so unless your doctor told you to use a specific product, you don’t need one.

That is not to say all products are useless—the company Fur, for example, sells a concentrate to help eradicate ingrown hairs while soothing irritation. Many wellness companies do focus on creating products that help, while others focus on beautifying your genitals. It is up to you to decide which product suits you best, but perhaps try to do some research on each product before buying any.