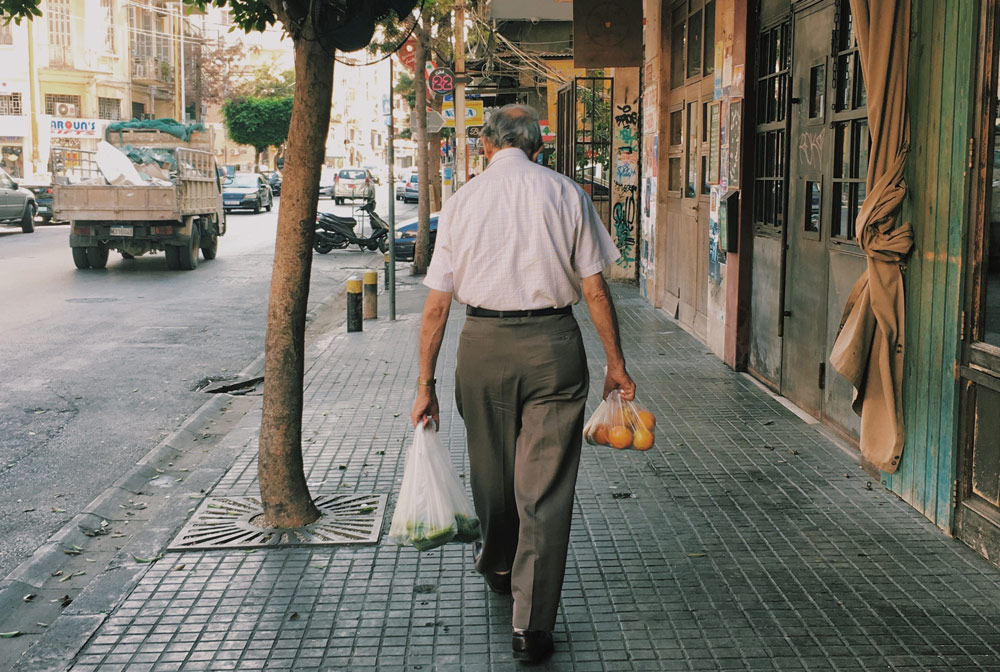 The fashion industry celebrates many things, such as beauty and creativity; ageing is definitely not one of them. While different ethnicities go in and out of style and curvy models appear here and there—ageing remains the biggest fashion taboo. Until now, the power of older generations has been completely ignored by most fashion brands, simply because ‘old’ is not trendy. Now, it turns out, the fashion industry might be in big trouble as the International Longevity Centre’s (ILC) research showed.

The research, titled Time for the fashion and beauty industry to wake up to the potential of an older customer, revealed that between 2011 and 2018 there had been a £2.9 billion growth in spending on clothes and shoes by older people. In the next 20 years, spending on fashion by older people will increase by £11 billion. By 2040, people aged 50 and over are expected to be this sector’s key consumer base. Back to 2020—the soon-to-be ‘key consumers’ are hardly represented or celebrated in the oh-so-open-minded fashion industry.

Fashion’s obsession with youth is representative of our own society’s obsession with it. If you’re young, then you must be prettier than an older person, at least that’s how most of us think. Western cultures fetishise youth and ageing tends to be seen in a negative light because, yes, death is scary, but also because we associate shame with being old.

This mentality is exactly what is stopping the fashion industry from making even more money than it already does. The research showed that brands are particularly good at making older people feel out of place, and therefore, women older than 75 stop spending on fashion altogether. That’s why elders’ savings that could potentially go into stylish clothes are not spent on any of the big names of the fashion industry.

But there seems to be a slight shift happening. Since Demna Gvasalia’s arrival at Balenciaga, the brand’s runways have included more and more older models (or should I say ‘mature’ models) and the same can be said about his other brand, Vetements. Celine’s previous creative director Phoebe Philo had the genius idea of featuring the author Joan Didion in a 2015 campaign for the brand. Gucci and Dolce & Gabbana have also featured older women in some of their advertisements. Iris Apfel is one of the few older fashion icons that made it into the very carefully chosen elite. As good as this all sounds, however, advertising and runways have not become the norm.

Photographer and author Ari Seth Cohen is also the creator of Advanced Style, a project devoted “to capturing the sartorial savvy of the senior set.” On his website, he says, “I feature people who live full creative lives. They live life to the fullest, age gracefully and continue to grow and challenge themselves.” Cohen is doing exactly the opposite of what fashion brands have been doing, he’s not ignoring them but instead celebrating them.

Screen Shot spoke to Cohen about the shift that is or at least needs to be happening in the fashion industry. “I have definitely seen a huge shift in how age is being represented in fashion advertising since I started featuring photos of stylish older men and women in my blog and books over 12 years ago,” he said. It seems that the industry is slowly realising the potential of older generations. According to Cohen, they were “almost completely ignored by the media and fashion brands, and if they were shown it was almost always in a stereotypical and patronizing way.”

Yes, there are older models walking the runways and some even become quite successful but as Cohen shared, “older models are oftentimes featured alongside younger models as a sign of tokenism by brands as a way to appear progressive and inclusive without really considering the older consumer and how they want to be represented or what kind of products they want and need.” Some of you might wonder what brands can do to accelerate this shift. Easy, explains Cohen, “listen to their customers and consult and work with older people to hear what they would like to see.”

It is time fashion makes growing older something trendy. But do you know why fashion is still so obsessed with youth and why it still hasn’t tackled its ageism problem? Just like art—it takes our society’s views and desires, and replicates them times ten. So maybe we should try to alter the way we perceive older generations for fashion to actually start doing the same. 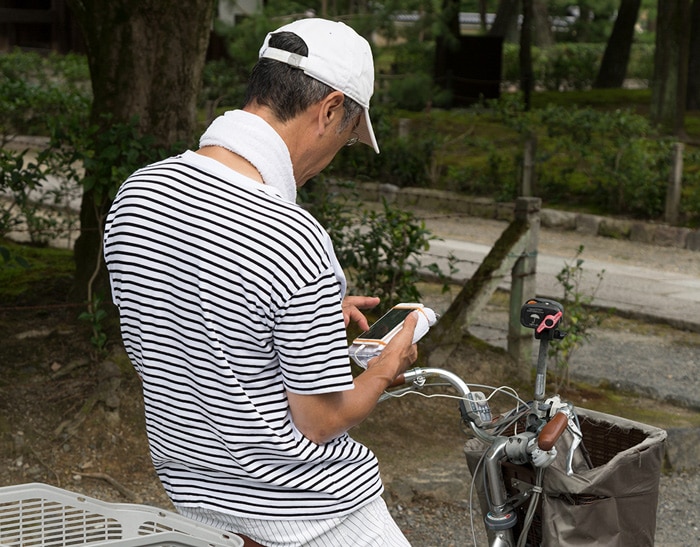 As much as I hate to say this, let’s face it, we live in an ageist society. Many people look at any elderly person and think that they no longer work, and that they most definitely do not know how to use a computer, let alone develop an online business. We jump to that conclusion because, more often than not, it’s true, seniors usually struggle with our everyday technologies only because they weren’t born alongside them and they never had the chance to be taught how to use them. But now, Senior Planet is here to prove us all wrong.

So what is Senior Planet exactly? The New York-based tech-themed community centre launched by the nonprofit Older Adults Technology Services (OATS) in 2013 helps seniors adapt to a world where new technologies seem to ostracise them. How? By teaching them all the tech skills we naturally possess—how to send an email, create an Instagram account, a Facebook page, how to use Google, and other tech-related basics.

For some of the regulars at Senior Planet, there’s even more to learn as they want to use technology to work and make a living. Senior Planet has classes for entrepreneurs where they can further their tech education by learning how to use Microsoft Word, Google Suite, and Photoshop. They look at how to process payments on PayPal, and even how to build a website, something that many millennials can’t do.

And still, for some reason, we live in an ageist era where it is seemingly acceptable for people like Mark Zuckerberg to declare that “young people are just smarter”. It is apparently also fine for companies to discriminate against older people that send them job applications. It comes as no surprise, then, that Senior Planet is such a success. Seniors are of course not ‘less clever’ than millennials and generation Z, and they’re ready to prove it by becoming entrepreneurs and managing their own businesses.

More older people than ever are working. In the U.S., 20 percent of those over 65 are currently employed. Because of medical progress and emerging new technologies, the near future assures we will live longer, meaning that we will also have to work for many more years while our pensions slowly diminish. Just recently in the U.K., Conservative MP Iain Duncan Smith proposed to raise the state pension age to 75, presuming we will be better served by working more and for longer. If we truly want to adapt to this new longevity then we will also have to change career once or more as well as stay updated with technologies.

To any of you who are still sceptical about 60 plus year-olds developing online businesses, don’t think they’re only collecting and selling antiques on eBay with the help of their grandchildren (or whatever cliché you might be entertaining). Madelyn Rich is an entrepreneur who started making her accessories as a side business in her 50s. After retiring, she decided to keep working on her hand-crafted accessories business and enjoy the benefit of that additional income by travelling the world and going on cruises to find more materials for her company.

Former leading marketing executive and fashion journalist Rachel Roth is another inspiring Senior Planet ‘student’. In 2012, Roth created her own business, OperaNuts, where she sells “sweet and savoury chocolate-covered almonds, in a secret sea salt sauce”. Talking to Screen Shot about her experience at Senior Planet, Rachel explained, “I needed tech help to operate in today’s world, and I got it from them. I ordered my first labels (from VistaPrint) with help from Senior Planet staff. The Senior Planet Bazaar was the first event where I actually sold my product.” Rachel had the idea, she just needed a little help, and who doesn’t? As she said, “I knew that in order to move ahead, I needed to learn a new language.”

Many other Senior Planet students could be mentioned for their creative business ideas, their Instagram and Facebook pages, and other websites. My point is, not only is this centre a groundbreaking concept, but it also seems to be working. OATS has opened centres in upstate New York, California, Maryland, Texas, Colorado, and even Israel, with talk of others opening in Spain and Japan. Senior Planet also helps seniors making contacts in their industry. Rachel told Screen Shot about the American author Kerry Hannon, whose writings focus on careers, entrepreneurship, and personal finance. Her new book, Never Too Old To Get Rich, has a chapter titled ‘Rachel Roth, Nutty for Opera’.

By empowering older generations, Senior Planet gives its students the chance of pursuing a second career. As for us, the younger generation, we should look up to this kind of enthusiasm and hard-working mentality, instead of looking down on elderlies only because we’re fearful of our own ageing. Who knows, maybe we’ll be the ones struggling to adapt to new technologies in 40 years time. And I can say that I’ll happily become a Senior Planet student at that point, because retirement probably won’t be for me and I won’t let technology run me over. Will you?