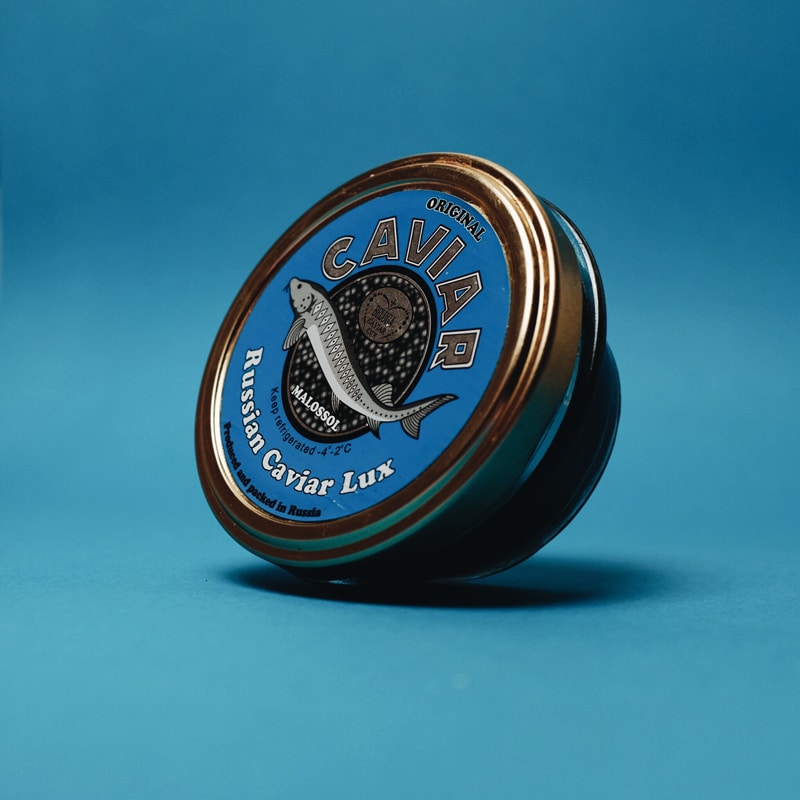 Rise and shine, forget about getting that bread for a minute

You probably haven’t heard of Lester Young, despite him being an important jazz saxophone player. It’s not a surprise given that he was most popular in the 1930s, in a niche genre. He is, however, responsible for popularising a few sayings that you are no doubt familiar with. According to jazz historian Phil Schaap, he was one of the first people who used the word ‘cool’ as a term of approval, and was the creator of Billie Holiday’s nickname ‘Lady Day’. He also regularly used ‘bread’ as a moniker for money, often responding to his manager after being requested for gigs, “But how does the bread smell?”

Bread as slang for money came around again seventy years later in 2007. Music had changed. This is why I’m Hot by Mims and Buy U a Drank by T-Pain hit the top of the charts, while Release Therapy by Ludacris won best album at the 49th Grammy Awards ceremony. While it wasn’t a fantastic year for Hip Hop, it was an important year for the term ‘bread’ and all those who made it.

Alabama rapper Rich Boy, the artist most famous for Throw Some D’s (On that bitch) released a song called Let’s Get this Paper in March of 2007. In it he wrote the lines “R.I.P. Pooh Bear, that’s my dead homie / Fuck that other shit, hey, let’s get this bread homie.”

And then, in 2017, twitter user @carlyxnicole tweeted this photo, and the reaction was immediate. Image macros with captions based around ‘getting this bread’ appeared on the internet, with @fuckjerry getting on board. Initially, these posts were ironic, but were soon adopted by genuine go-getters and the intensely-employed-and-proud-of-it. It became a marketing tool. And thus, the horse was beaten. As quickly as it rose to prominence, the joke died.

Memes, like all jokes, are good when they are rooted in the truth, but are best when they come from a place of discomfort or even pain. Much like the student-athlete tweets that went around in early 2017, ‘let’s get this bread’ began as an opportunity to mock the overzealous commentary of obnoxious self-starters who wanted to make it clear in abundance to their social media following that they work hard enough (without break) to warrant a morning post reminding people of how hard they work. It becomes a cycle, forcing viewers to ask themselves, “Do I work that hard? Why am I not as happy in my own success?” But when did it become impressive to publically shirk your access to free time?

It seems that today we are expected to celebrate our accomplishments, and people are expected to take notice. But this pressure isn’t a good thing. The Prince’s Trust eBay Youth Index report found that 57 percent of 16-25 year-olds believe social media creates an “overwhelming pressure” to succeed, while 46 percent say that comparing their lives to their friends on social media makes them feel “inadequate”.

To wake up every day and see pictures of people that you feel are smarter, more interesting, and more successful, even when they may not be, leads to frustration. This is conspicuous consumption at its worst. Bragging about the fact that you ‘never stop’ just sounds exhausting, and does far more harm than good.

I recently asked a coder what they would expect from a new hire. Proficiency in Java, HTML, ability to communicate with clients, creativity, and the fact that they code in their spare time were all answers. I asked a friend who worked in PR; experience was a key factor, but the ability to show leadership and communication skills in their day to day interests was also an important aspect. I asked someone in journalism; writing ability, experience, and “a passion in their work that extends to their spare time.”

Why are we expected to live for our work, and why do hirers expect people to do work to improve our abilities, and therefore their worth, for free? Our outside interests are only regarded as useful if they can be turned into the impetus and focus of our work. Our ability to live as humans is measured upon our ability to ‘get that bread’, and if we can show our following on social media that we are going through the necessary steps to do that, we are rewarded.

Before I had even really had a chance to think about what I wanted to do with my life, I had a teacher who told me that he was worried that people had lost sight of the important activity of navel-gazing. Navel-gazing isn’t mindfulness, because it’s not done to gain anything. It’s just staring at your belly button, not thinking about anything at all except for your belly button. In a sort of Tao of Pooh moment, he told us that “the importance of navel-gazing lies in the fact that it is not important.”

Jokes are important because they reflect the truth that we may not want to admit to ourselves in a more serious setting. This focus on ‘rise and shine, let’s get that bread’ initially began as a way of mocking urges to brag about success, before it became subliminal punishment for those who have any impulses or wants outside of work, and labelled anything not immediately profitable as useless. It began as a backhanded criticism of the system we live in, and was killed as a reflection of our obsession with success. It is a reminder that, within this capitalist hellscape, there is no fun without profit.

Tomorrow when you wake up, if you’re anything like me, you’ll reach for your phone. I want you to take five minutes before looking at what happened overnight to consider, deeply and intimately, with no judgment or preconceived notions, your belly button. It will be tough and awkward and even may feel stupid or pointless. And that’s exactly the point.

This article was written as a collaboration between UnderPinned and Screen Shot.  You can check out Shira’s article for UnderPinned here! 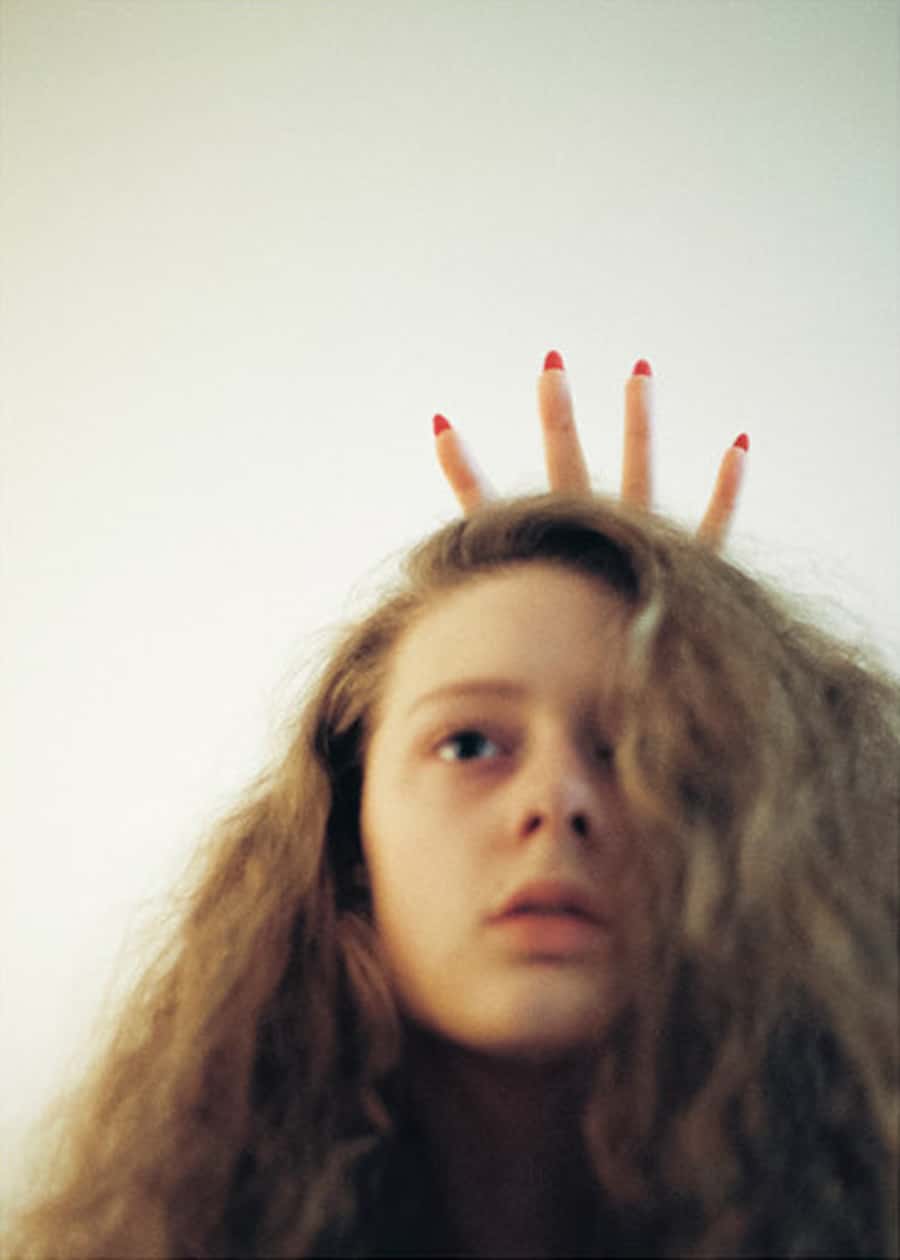 Burnout—the feeling of mental and physical exhaustion—is on the rise, particularly in millennials, and in a time of hyper-connectivity and the ‘hustle’, it’s more important than ever to spot the signs and regain a positive work-life balance. Not doing so could cause problems like ‘errand paralysis’, a condition of being unable to cope with the most basic tasks due to mounting anxiety, which Anne Helen Peterson discusses in her then viral Buzzfeed article. As she writes, “I’d put something on my weekly to-do list, and it’d roll over, one week to the next haunting me for months.”

Peterson’s essay on millennial burnout provoked a wide range of responses, including Josh Cohen’s article published at NBCNews. In the article, he examines some of the factors that may be contributing to burnout in millennials, such as the ‘ego ideal’ and the influences of modern culture. Research from the BBC backs up the phenomenon of millennial burnout, describing it as “not just another snowflake issue”, as does The Guardian’s article written by Dawn Foster. We know that burnout is real, but what can we do to about it?

Well, let’s start with the obvious. We need to take a good look at our relationship with technology. Social media contributes to feelings of burnout, according to Peterson, because much of what appears online portrays others as successful, reminding millennials of the work they must do to reach that standard. Interestingly, studies have shown that heavy technology use is linked to fatigue and stress in young adults, which means taking daily breaks from our screens should be a priority. Because millennials have grown up in a day and age where the internet has given them access to masses of information, they’ve been hard-wired to expect efficiency and convenience.

With thousands of apps at our fingertips, millennials have never had to wait for anything, so it’s no surprise that many young adults feel impatient, and as a result are working harder and faster, burning out in the process. While we can’t change the conditions in which we grew up, we can reassess how we engage with technology to ensure it’s not having any negative effects.

But what about tackling burnout in the office? Executive coach and keynote speaker, Monique Valcour said that “altering your perspective” to view the work in a more positive way is one of the best methods to manage stress. I’ve often found that work becomes more stressful when you overthink it, or when you become too focused on the outcome. Of course, achieving any goal is important but actually enjoying the process makes you more in tune with the work and less worried about the end result. Once we learn to appreciate and focus on the process, start-to-finish, the work can become more fulfilling, reducing the chance of burning out.

Arguably, the greater sense of an urgency that many millennials feel has been exasperated by the rise of hustle culture, an almost cult-like trend being pushed on young people, which advocates that working non-stop is the only way to be successful. A lot of millennials are quite ambitious, and that’s what makes us particularly vulnerable to this kind of movement, as evidenced by Peterson’s account. “Why am I burned out?” she writes. “Because I’ve internalised the idea that I should be working all the time.” I’m not against working hard or being dedicated to your passion but it should never be at the expense of your well-being. There’s no point hustling to the point of exhaustion or taking work so seriously that it becomes mentally draining. Simply put, quit hustling if it makes you feel miserable because no side-project in the world is worth burning out over.

It’s no secret the way we work is changing and many of us in the millennial generation juggle multiple jobs, making good communication all the more important. It’s often said that millennials need continuous feedback at work, which again reflects how millennials are used to speed and transparency. In stressful times, we should embrace our own nature of expecting constant communication by reaching out to people (in the real world) for support. After all, collaboration makes it easier to solve problems and a network of strong relationships could ease the pressure.

Ultimately, burnout is a sign that you need to slow down and reset. While I agree with the central argument in Peterson’s essay, her assumption that burnout is an unsolvable experience is tough to accept—because I think most of us just need to change the way we think. In short, having the right frame of mind is key, so it’s time to fight back, take control and actively manage your time to get past burnout for good.