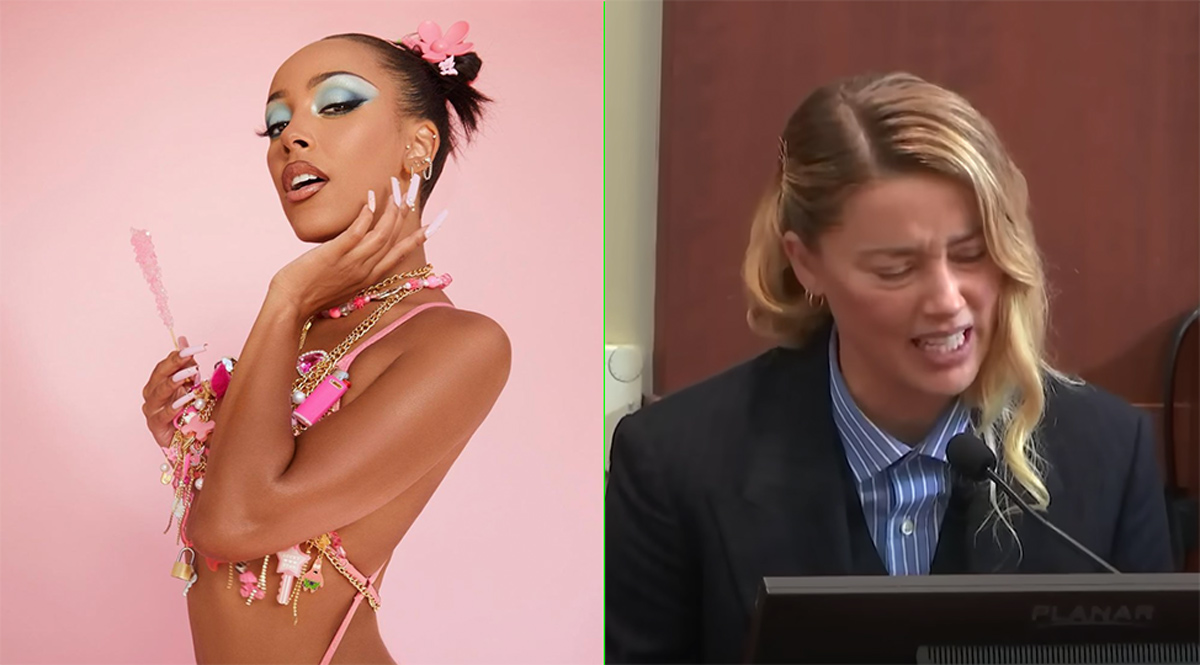 American rapper and internet sensation Doja Cat has recently been called out for imitating Amber Heard’s “my dog stepped on a bee” testimony that went viral in the midst of the defamation case brought by her ex-husband, Johnny Depp.

During the trial, in what could only be described as a painful testimony for the actress, she was seen wincing while mentioning—rather randomly, it should be said—that her dog had stepped on a bee. “We walked out of the trailer at some point, my dog stepped on a bee. We went to the vet and went on with our, you know, vacation,” the Aquaman actress told the jury at the time.

In a now-deleted TikTok, Doja Cat imitated Heard’s wince and has since received huge backlash online. “It’s honestly hella sad cause like, she’s a puppy, my dog. And I’ve had her for like a week and a half, maybe two weeks now. And she like, was just running around in the grass, and she steps on a bee,” the singer joked in the clip.

Though few online users seemed to have a problem with Doja Cat’s parody when it was first posted, many have since slammed her for it, with one writing: “Doja Cat mocking Amber Heard is like actually disgusting.”

“Like it makes me sick to my stomach that she not only did it on TikTok but was doing it on Instagram Live today… It’s just genuinely sick and I’m praying for Amber and her wellbeing she doesn’t deserve any of this,” they added.

Looking back on how badly Heard was treated during the highly publicised trial, it might seem slightly surprising that netizens are suddenly going after Doja Cat for making fun of the actress. But for those of you who kept up with the rapper’s recent beef with Stranger Things actor Noah Schnapp, things might look a bit clearer.

After privately messaging the 17-year-old actor asking him to share her crush on his co-star Joseph Quinn, who plays Eddie Munson in the latest series of the Netflix show, Doja Cat kinda lost it when she realised he had shared the conversation on his TikTok page.

In fact, she was so upset that she then went on her TikTok Live to call out Schnapp for leaking the conversation. “The fact that Noah did that, like went and posted a private conversation between me and him is so unbelievably socially unaware and wack,” she said. “That’s like borderline snake shit, that’s like weasel shit. And I’m not saying that encapsulates his entire personality—like, I don’t imagine Noah that way.”

Her plan quickly backfired, however, because she was also called out by fans for how she dealt with the harmless interaction.

According to Social Blade, which tracks social media statistics and analytics, the Stranger Things star’s Instagram following jumped from 24.25 million on Wednesday 7 July to 25.17 million on 11 July. That’s close to one million new followers since the whole saga started.