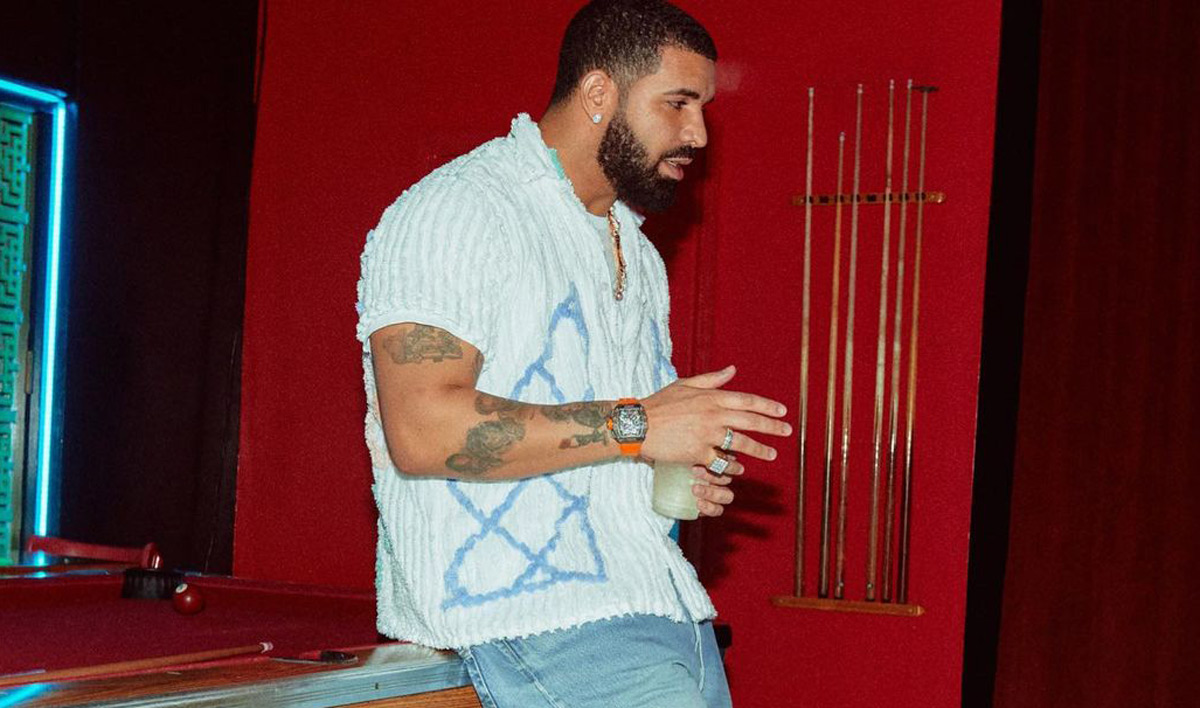 If you had a dollar for every time Drake stole someone’s girl and rapped about it, you’d be Elon Musk before his Twitter buyout. Heck, the 35-year-old Canadian rapper has also been allegedly sued for putting hot sauce in his condom to ‘kill his sperm’. Although Drake is a ‘Certified Lover Boy’, he certainly doesn’t have time for his trolls. And if messed with, he can take pettiness to a whole new level.

The entire discourse began on Tuesday 3 May 2022, when NBA shooting coach Chris Matthews posted a screenshot of a comment which criticised Tee Morant, father of Memphis Grizzlies star Ja Morant, for his ‘attention-grabbing behaviour’ while he cheered from the sidelines during his son’s games. “I don’t think it’s really up to the world to criticize how a positive father shows up in his son’s life,” Matthews defended. “Instead of criticizing exactly how they show up, maybe we should instead celebrate that they’re present as a positive influence and helping young men move in a constructive way.”

Shortly after, Drake backed up the coach’s sentiments by commenting, “Imagine your son makes the league and he’s Ja or Melo or Lonzo. All you can do is be elated and competitive and it’s a right of passage to that the OG’s talk shit.” He later went on to mention his four-year-old son, Adonis, in his statement by writing, “I know I’mma be this way even if my son is in a rubix cube competition.”

As several users started supporting Drake’s thoughts on the entire ordeal, an internet troll replied, “Ya son prolly play with ghost writers”—referring to the rumours that the Canadian rapper doesn’t write his own verses.

What the troll didn’t expect is the rapper to swiftly reply to his digs. “I just followed your girl cause she’s prob miserable and needs some excitement in her life,” Drake replied. And, turns out, he wasn’t kidding. Not only did the rapper find and follow the troll’s wife on Instagram but he went as far as to slide into her DMs after she posted screenshots of her notifications to her Story.

“Oh hey @champagnepapi,” she wrote. “My husband decides to be a troll and now [Drake] thinking I need excitement in my life.” Shortly after, the troll himself posted a video in which he filmed his wife’s Instagram DMs. And there, in all its petty glory, was Drake’s text which read “I’m here for u ma.”

For years, Drake has been warning dudes about stealing their girls. Clearly, nobody took him seriously until now. But the troll admits he’s not worried about the rapper “snatching” his wife. “Only a n***a that’s very secure in his relationship gonna think this the funniest s**t in the world,” he wrote. “Her ass ain’t going nowhere.” 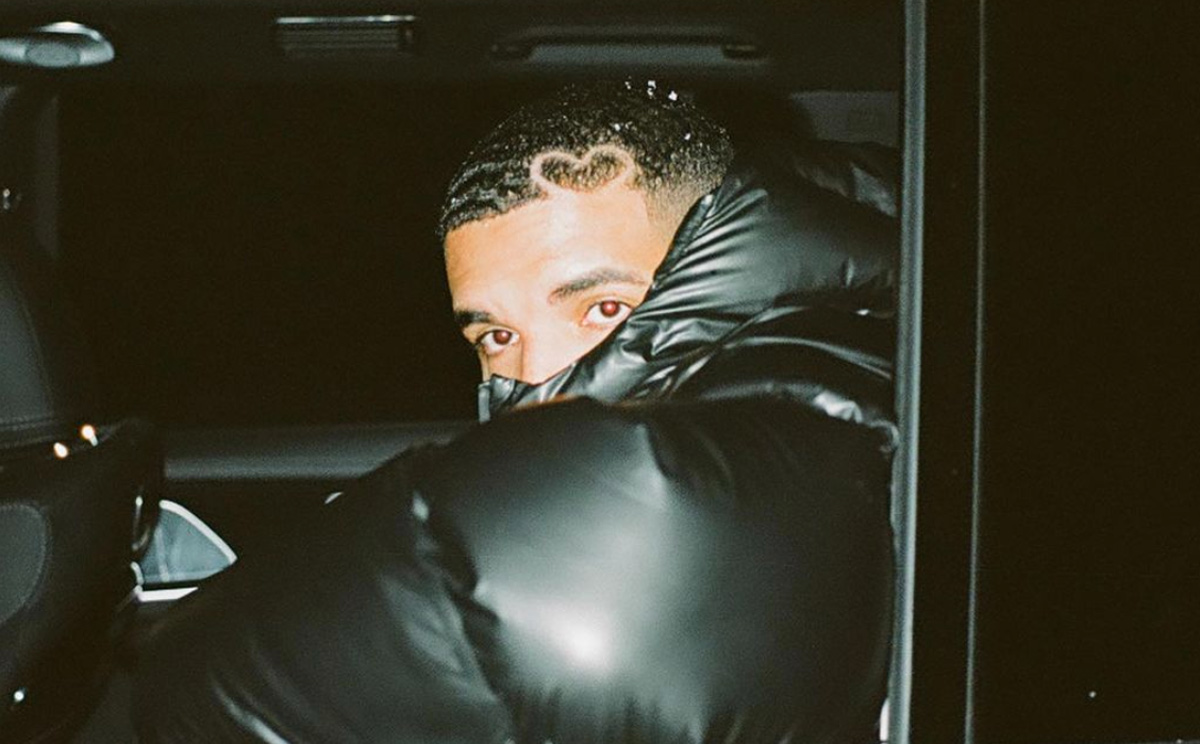 Why is no one talking about Drake’s long history of predatory behaviour with teens?

In 2018, Stranger Things actress Millie Bobby Brown, aged 14 at the time, revealed on the Emmy Awards’ red carpet that she and Canadian rapper Drake were “great friends” who regularly text. “We just texted each other the other day and he was like ‘I miss you so much’, and I was like ‘I miss you more’. He’s great,” she told Access Hollywood. At the time, Drake was 32.

Almost immediately after the news broke, the internet—especially the Twitter community, obviously—began to express concern about the two celebrities’ relationship. Soon after the controversy started, it quickly became clear that Brown wasn’t the only underage girl Drake was texting.

In November 2019, Billie Eilish sat down with Vanity Fair for the third year in the row where she was given identical interview questions. In the video, Eilish is asked the same series of questions about her life and career as her old interviews are played back so that she can react to them, noting how much her life has changed in a few short years. One of the questions that she got asked was “Who is the most famous person in your phone?” In the 2017 interview, the singer named fellow singer, Khalid, who she also referred to as “a homie of mine.”

In 2019 however, Eilish had a lot more famous people in her contacts to cite. She listed Hailey and Justin Bieber, Young Thug, Avril Lavigne, Ariana Grande, Kid Cudi, Ty Dolla $ign, Teyana Taylor, and countless others that she chose not to mention before she finally landed on Drake. She then went into a brief monologue about how nice the rapper is, especially given his celebrity status and success.

She continued on to mention that they have spoken via text in the past. “But like Drake, c’mon. Drake. Drake is like the nicest dude I’ve ever spoken to. I mean I’ve only like texted him, but he’s so nice. Like, he does not need to be nice. You know what I mean? He’s at a level of his life where he doesn’t need to be nice, but he is. You know?” Eilish rambled during the interview. Although the exchanges between her and Drake may very well be harmless, some fans found it suspicious that the (then 33-year-old) artist was once again found to be texting an underage girl.

Although suspicious enough to raise some eyebrows, the two situations mentioned above were not the only times Drake has exhibited some predatory behaviour. Back in May 2010, while performing in Denver, Colorado, the rapper invited a fan to come up on stage with him. Someone present at the concert filmed what happened next in a video that resurfaced online in 2019, soon after Brown revealed that Drake, who she had initially met in Australia back in November 2017, texted her “advice about boys.”

In the 2010 clip, the Canadian rapper invites the girl on stage during his performance at the Ogden Theater, dances with her, kisses her neck, comments on her shampoo, then pulls her shirt down at the back of the neck to kiss her again. After reaching both hands across her chest while standing behind her, he picks up his microphone and says he is getting “carried away.” When asked about her age, the girl replies: “17,” to which Drake responds: “I can’t go to jail yet, man!”

Even after discovering her age, he continues, “Why do you look like that? You thick. Look at all this. I don’t know if I should feel guilty or not, but I had fun. I like the way your breasts feel against my chest.” He is then seen kissing her on the cheeks and forehead in a way that can only be described as extremely creepy. Drake would have been 23 at the time the video was taken. The age of consent in Colorado is 17. To this day, he has not responded to the video and his US publicist has always declined to comment on the matter.

If you thought that was the end of it when it comes to Drizzy’s questionable ways, think again. In the song ‘Mr. Right Now’ released in 2020 by Atlanta-based rapper 21 Savage and American record producer Metro Boomin on their collaborative album Savage Mode II, Drake sings a verse that garnered particular attention for its mention of SZA.

“Yeah, said she wanna fuck to some SZA, wait ‘cause I used to date SZA back in ‘08,” Drake raps on the track. In 2008, SZA would have been 17 and Drake 22. While the age of consent in the rapper’s hometown of Toronto is 16, it is 18 where he currently resides in California.

Honestly, there seems to be a recurring pattern here. Drake’s interest in impressionable young women is “a systemic issue in a society which has a surplus of men in power, as well as an abundance of women who have ambitions to be seen, to be understood, to attain power themselves within the existing societal structure,” as writer Sandra Song pointed out in a 2018 article for NYLON.

And in most cases, it’s a situation that lends itself to varying degrees of abuse, which is why it simply can’t be overlooked. “What about the other young women this sort of thing happens to who, unlike Brown, aren’t in the public eye?” continued Song. Let’s not forget about Lifetime’s Surviving R Kelly documentary, which featured heart-wrenching interviews with multiple women who say they were abused by the singer, oftentimes out in the open, and yet no one did anything to stop him.

Celebrity culture may have blurred the lines between mutual consent and predatory behaviour, but it’s the accumulation of small events like the ones Drake has been involved in that need attention before one more YouTube video surfaces and we scramble to erase its impact on impressionable minds.