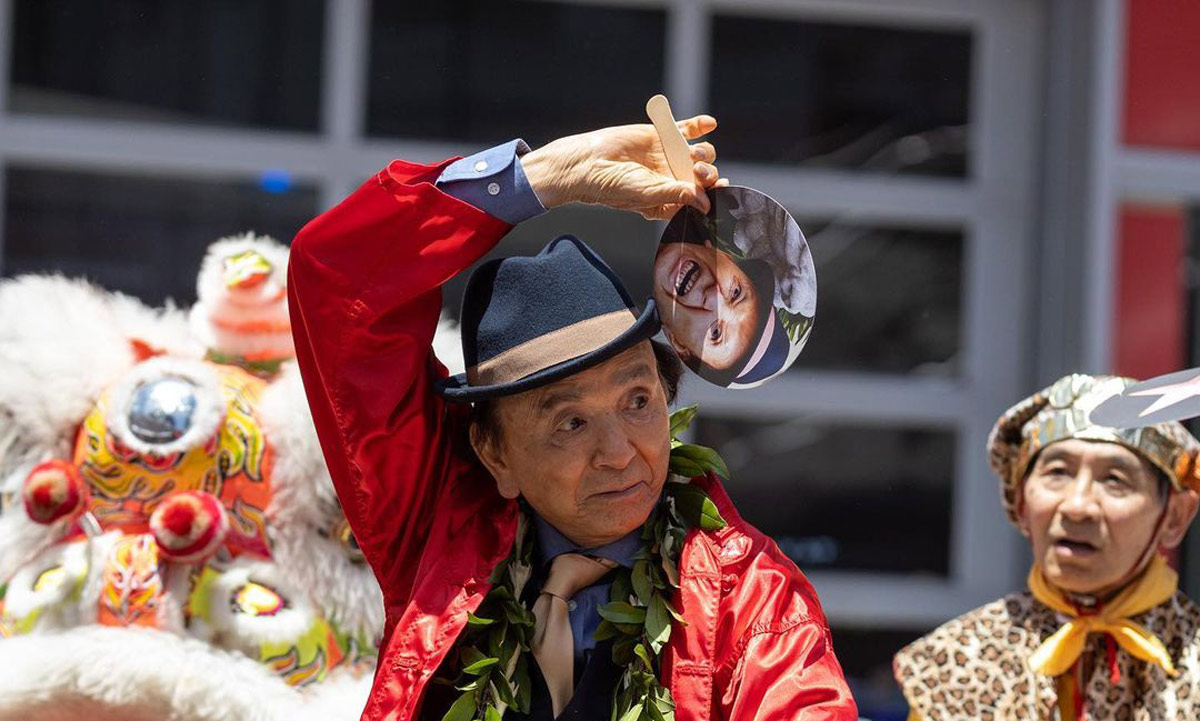 At 93, James Hong becomes oldest actor to be awarded a star on the Hollywood Walk of Fame

With a career lasting six decades, beloved actor James Hong was awarded a star on the Hollywood Walk of Fame Tuesday 10 May at 93 years old—becoming the oldest person in history to be immortalised on the infamous walkway. Hong, who is an Asian American actor of Chinese descent, accepted the fan-funded star to a joyous onslaught of brilliant celebration—the sound of drums and cymbals, as well as the magical moves of Chinese lion dancers, surrounded the event.

In a livestream that was hosted by Variety, the actor was championed by fellow actors and friends Daniel Dae Kim and Jamie Lee Curtis. In fact, it was Kim who nominated the veteran performer for the star—for his dedicated, tireless and brilliant contribution to the cinematic industry. Hong, born in Minneapolis, Minnesota in 1929, has a whopping 453 film and television credits as well as numerous awards. The actor, who has also had his hand in producing and writing, is best known for his iconic roles in Blade Runner (1982), Kung Fu Panda, Mulan, Rush Hour and Big Trouble in Little China.

Not to mention his appearances in Avatar: the Last Airbender, The Big Bang Theory, Scooby Doo, Charmed and literally hundreds more. All this to say, there’s no doubt Hong deserves his flowers. With a career that spans back to the mid-50s, Hong was a pioneer for Asian Americans in cinema—a fact his nominator Kim highlighted at the event.

“I’m looking at all of you right here, many of you who deserve to be here, as well. In time, I’m confident that it will happen,” Kim said, addressing many of Hong’s Asian American co-stars. “But I’m equally confident in saying that no one will have blazed the trail the way that James Hong has… Today, during the heart of Asian Pacific American Heritage Month, it’s only fitting that we honour someone who personifies the term ‘trailblazer’.”

Hong—whose latest acting appearance is in the insanely highly praised 2022 film Everything Everywhere All At Once—humbly accepted the award. “As you can see, I don’t have any speeches, because I’m not that kind of person. I just come here. I want to feel the moment,” Hong said, before joining the lion dancers for a quick boogie.

Actress and friend Curtis, on the other hand, made sure to make known how brilliant of an appearance it was. “The centre of the movie Everything Everywhere All at Once and the centre of James Hong the human is kindness and love,” she said. “And those two qualities in him, and from him, continue their concentric circle of influence and transformative change in people who watch him and who know him—me very much included.”

“It’s about fucking time that we are here honouring James Hong with a star on the Hollywood Walk of Fame,” she continued, to which the crowd roared.

This transformative change that Hong has pioneered in the film industry for his fellow Asian American colleagues was a road fraught with struggle and hardships but one that left behind an incredible legacy. Hong is one of only 19 people of Asian descent to be awarded with a star—with other Asian American and Pacific Islanders, like Jason Momoa and Ming-Na Wen, set to receive the honour later this year.

“When I came back from Hong Kong at 9 years old, I was beaten up in the grade school playgrounds because I couldn’t speak English,” Hong recalled. “From that point, I fought all the way to what I’m doing now. So I encourage all Asian Americans, all people of all different nationalities, to express yourself and do your own thing the best you can, and then things will get better as a whole.” 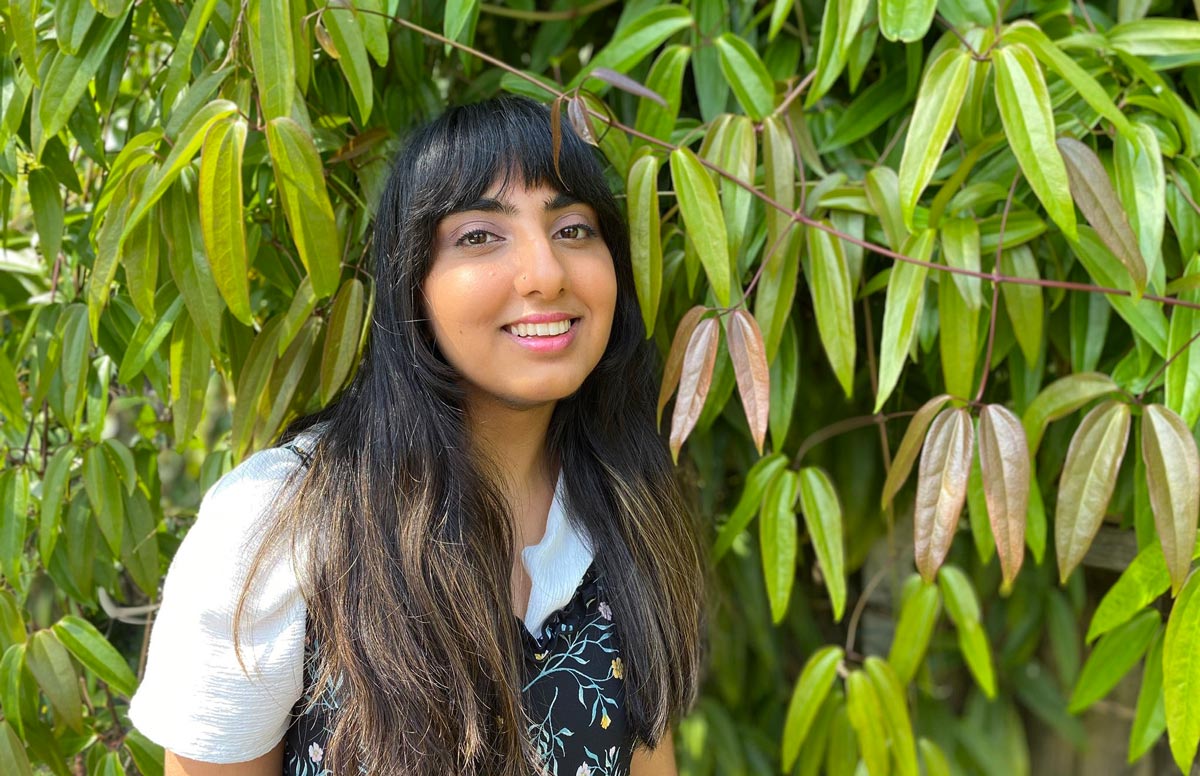 ‘I couldn’t see anyone like myself in this space’: meet the South Asian gen Zers unapologetically owning their narratives

When Asyia Iftikhar first decided to pursue the arts—and study the Classics—she did it at the risk of upsetting her parents. Coming from a traditional British-Pakistani family, she was brought up with certain expectations—focus on academics, hang out with parent-approved friends and pursue a career in the sciences. Now a journalist, Iftikhar wrote about her decision to pursue the arts as a South Asian woman in Metro, a national publication that helped her story reach thousands of readers.

But while publications like Metro are read in almost every household in the UK, seeing names like Iftikhar’s in the byline—and reading the stories she writes—is far less common. In a media industry that pigeonholes writers of colour into solely exploring topics around identity and trauma, the journalist shared that she has struggled to constructively talk about her own experiences without being put into a stereotypical box—one that positions young South Asian activists in a battle between their heritage, which is widely considered problematic, and a future that is often dictated by outside assumptions of who they should be.

That’s not to say these harmful narratives don’t exist within South Asian culture too. Non-binary marine biologist and filmmaker Jasmine Qureshi distanced themselves from their traditional Muslim beliefs and mixed Indian-Pakistani-Portuguese family after growing up and hearing that the community they belonged to had no place for queer people. Working in the conservation industry in the UK—which is largely dominated by economically affluent white people—added to this ostracisation as Qureshi shared with SCREENSHOT that they felt stuck between a rock and a hard place.

“I felt like I could be comfortable with nature, but that extra added layer of feeling like I don’t belong has led to discomfort, the sheer lack of diversity within the conservation industry almost makes you feel like you’re losing your own sense of identity in order to assimilate,” they said. But their own struggles with finding their place has made it all the more important for Qureshi to be seen in their work. “I couldn’t see anyone like myself in this space, and because of that I almost drifted away, and I want other people to look at me and see someone like them and know they can do this,” they shared, adding that they were working on projects looking at the racism within the UK’s conservation industry in an effort to bring change. Where do you go when neither side seems to have a place for you? You make your own space—one that doesn’t see the world as so black and white, and that allows you to decide how past and present come together.

For Iftikhar, that space means exploring her own experiences with her community and all the things she wants to learn and unlearn in a constructive forward-thinking way. While she doesn’t limit herself in her writing because of what people will think, she does find herself keeping some pieces to herself. “There are certain topics my parents aren’t comfortable with me writing about, so sometimes I don’t tell them but because the journalism community can be lonely, I can’t get support from either side,” she shared.

The anonymity that the vastness of the internet can afford can be a blessing for many. Be Baaghi is an online community platform that creates a space for Pakistani women to share anonymous accounts of the ways they’ve experienced harmful traditions and also advocates for systemic change within society. Its founder initially created the platform to ensure contributors’ safety and to let their narratives shine through without the need for names. On its Instagram page, stories range from women sharing sexist encounters, being shamed for having darker skin tones or being silenced when talking about their mental health.

“I wanted to see more representation of South Asian people in digital art. Digital art is so cool and whenever I saw text posts or illustrations of people that I really liked, I would wish that there was a piece that related to desi [the people, cultures, and products of the Indian subcontinent and their diaspora] culture more. I loved the relatability of the posts and knew that desi culture and South Asian people needed to be reflected in this medium too,” shared Be Baaghi’s founder, adding that “sharing custom made educational posts or useful resources catered to Pakistani Womxn is what I am working on at the moment.”

Despite conversations around representation becoming increasingly common, there appear to be few resources available that aim to actually help young South Asians find ways to move forward. “Because of how white the nature sector is, you almost find yourself losing your identity in order to assimilate and it made me want to go back and connect to that again,” Qureshi explained as to why they wanted to become a filmmaker. “The exploration of that narrative through the media of film is a very powerful way to influence thoughts,” they added.

Melbourne-based filmmaker Kauthar Abdulalim told SCREENSHOT she was inspired by the medium of film for similar reasons. Abdulalim’s work focuses on exploring the lived experiences of her community in Australia—calling out incidents of racism and Islamophobia while also exploring issues that young women face within our own community, often through comedy and drama. While comedy may not seem like the most obvious route to take when addressing social injustices, Abdulalim explained that she took to mainstream fiction filmmaking over typical documentaries because she wanted to share unexpected stories with her audience.

“Fictional content would give me access to a diverse audience who wouldn’t necessarily have the same beliefs as me, and my work could challenge that and so now my main focus is fictional content. I also feel like we as Muslims and South Asians also need content that we can relate to and need to see ourselves on screen,” she said.

The truth is, we don’t need to only have sob stories in the media in order to be heard. What we actually need is effort and for young people from marginalised backgrounds to be able to decide what works for them without being talked over. By creating these platforms, these young South Asians are doing just that—being unapologetically themselves and showing others that they can be too.