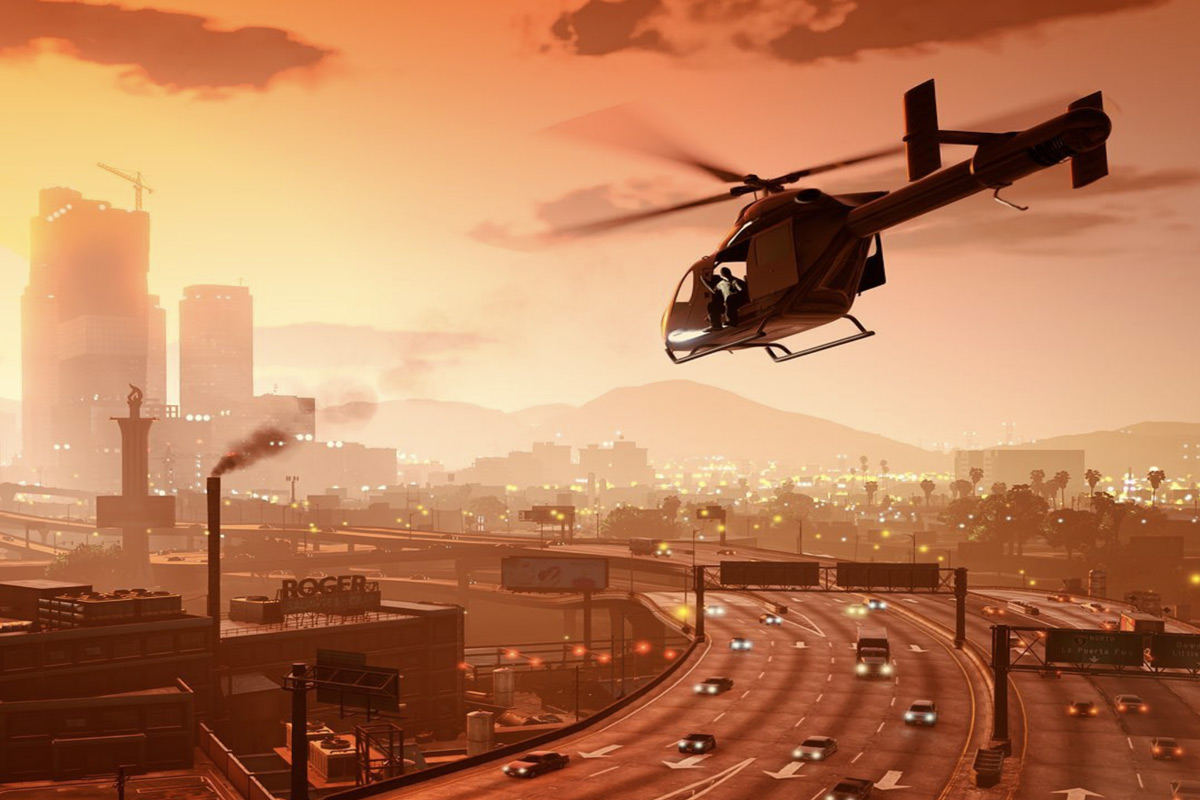 After information leaked earlier this year regarding relatively minor details of Grand Theft Auto VI (GTA 6)—namely the introduction of the series’ first female protagonist—on Sunday 18 September 2022, a hacker going by the username Teapotuberhacker released in-development footage of the action-adventure game for all the world to see.

As you can imagine, Rockstar Games, GTA 6’s creator, wasn’t happy and has since released a statement addressing the issue. However, netizens who have seen the leaked footage are amused beyond all measure—and, as usual, the memes have been coming thick and fast. Here are some of the best ones to date.

Genshin Impact is one of the biggest games of the last few years, with its latest update being the best so far. But since the GTA 6 leaks, some fans have decided a crossover is in order. Featuring Carl, the protagonist from Grand Theft Auto: San Andreas, this ‘new’ GTA 6 footage looks uh… excellent. I wonder what emergency food-turned-companion Paimon thinks of this entire ordeal.

Since Grand Theft Auto V released in 2013, two generations of consoles ago, it has had numerous updates and fans have been hungry for something new. While this leak hasn’t deterred Rockstar from delaying or scrapping GTA 6, could you imagine the uproar if this hacker single-handedly caused the video game to be delayed another ten years or so?

4. Sugar, spice and everything nice

Given that the leaked GTA 6 footage features scenes that are still in development, it’s not currently up to the graphical standard that we’re used to. And rightly so. But this did not stop one Twitter user who likened it to a PlayStation 2 (PS2) game—namely, The Powerpuff Girls: Relish Rampage. Ouch.

Twitter is known for its brutality, with users producing some of the sickest burns to have ever graced the internet. But this one? Yeah, this one takes the cake. RIP Ubisoft, there is no coming back from that. 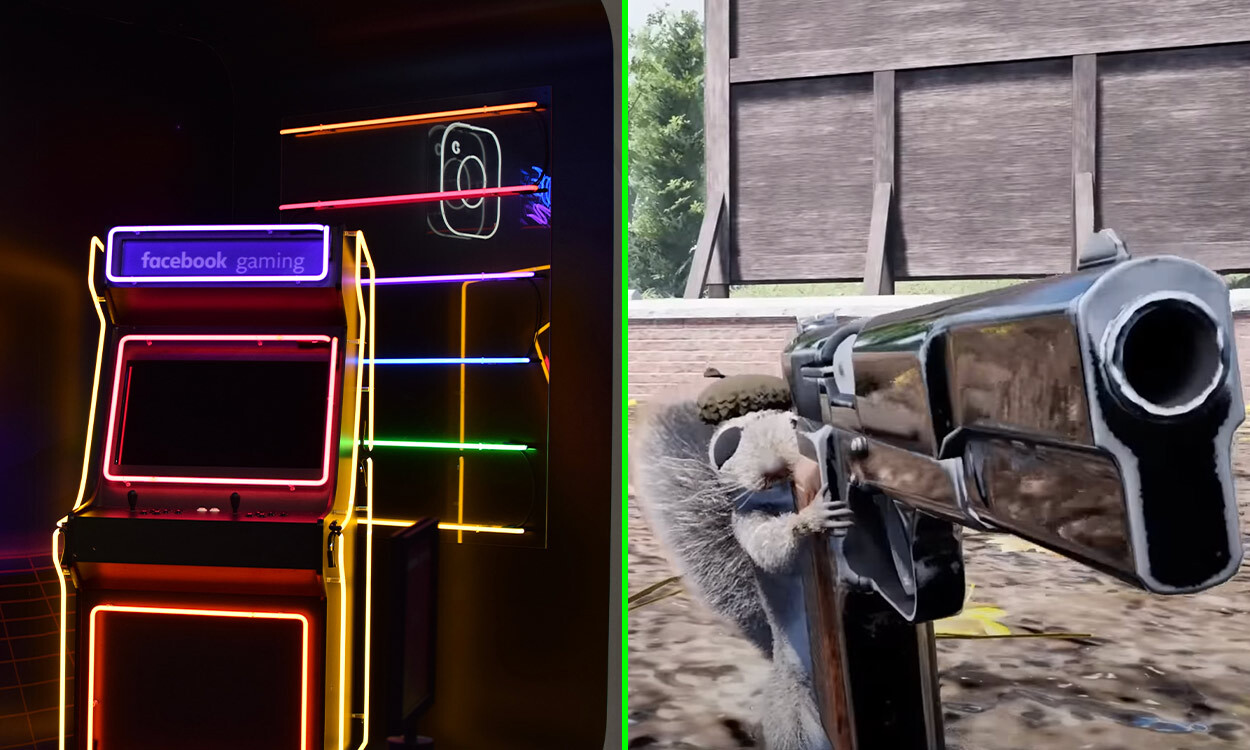 The Arcade Vol. 3: Meta rivals Twitch, ‘Squirrel with a Gun’ breaks the internet and more

Good to see you again, fellow netizens! And if you’re new here, then let me bid you a warm welcome to the Arcade: a space for you to soak in all the quirkiness and intrigue the world of video games has to offer. Why don’t you take a seat, save your progress, and download the latest gaming news with us? Oh, and enjoy your stay while you’re at it!

1. Meta is coming after Twitch with a streaming service of its own

If you know your way around the internet, then you would have definitely heard about Twitch, the live streaming service that lets people broadcast a variety of content. From video games to study sessions—you name it, Twitch has it. But now, a report from Business Insider has revealed that, for the past two years, Meta has been developing its own streaming service.

Dubbed ‘Super’, the platform was originally meant to rival Cameo, an app that lets people pay for celebrities to record a personalised message for someone. However, Super has now evolved into a true Twitch rival. According to a pitch deck given to 100 creators to test the service, the platform will have many of the same features as Twitch—including creators being able to monetise their streams and have viewers donate to them via a tier system. The deck also sports a ‘sponsorship’ model in which brands can pay influencers to heavily promote their products within streams.

While it still seems to be in its development phase, the fact that Meta has openly spoken about the project and freely given access to the deck shows that they are at least trying to generate some hype around the upcoming platform.

2. Play as a little mouse in this ‘Stray’-inspired adventure game

It’s been almost a month since the release of Stray and while the hype surrounding the video game has died down a little, we are already seeing the fruits of its legacy. The Spirit and the Mouse is a third-person adventure game where, as per its official website, you get to “bring kindness and light to the people of Sainte-et-Claire as Lila the mouse!”

“Explore a small village, make electrifying new friends, and do good deeds for those in need in this lush narrative adventure game,” the description goes on to add.

This charming creation has been developed by Lucie Lescuyer and Alexandrea Stroukoff, who have a decade of experience in the games industry between them, from making AAA console games to mobile and indie games. The venture is the first project they have developed under their new label, Armor Games Studios. So, if you’re a fan of Ratatouille and cosy indie games, this is definitely a title to keep your eye peeled for.

The Spirit and the Mouse is slated to release on PC and Nintendo Switch in Autumn 2022.

3. Someone has recreated ‘The Office’ (US) intro in ‘Animal Crossing: New Horizons’ and it's absolutely delightful

Since its release in 2020, Animal Crossing: New Horizons (ACNH) has been a must-have for every Nintendo Switch owner out there. Its calm and idyllic setting and gameplay let a lot of people escape the four walls they were confined to during the COVID-19 pandemic. But it wasn’t just the relaxing nature of the game that captured everyone’s hearts, it was the sheer amount of customisation that you could perform.

Recently, redditor @Brave-Highlight-7168 took this customisation feature to another level by recreating the intro scene of everyone’s favourite sitcom, The Office (US).

@Brave-Highlight-7168’s intro once again highlights the extent of a fan’s imaginations and the wonderfully-inventive content we have come to expect from the ACNH community. As people across the world continue to join the player base, we can only anticipate more wholesome recreations in the future And I, for one, can’t wait to see what they come up with.

Since its monumental launch in 2011, Skyrim has become one of the most played and influential games of its generation. From sprawling, snow-covered landscapes to a myriad of fearsome and wondrous creatures, Skyrim really knows how to capture the imagination of its players.

But one of the most famous aspects of the game is its characters, namely, the Whiterun Guard, who has been memed to the moon and back for saying the iconic line: “I used to be an adventurer like you. Then I took an arrow to the knee.”

Redditor @Aragog83 has taken this beloved NPC and created a plushie of the character and even made him talk. Both adorable and hilarious, I hope @Aragog83 puts them up for sale, because who wouldn’t want one?

At the beginning of August, Nintendo gave us a fresh look at the upcoming Pokémon Scarlet and Violet games, the latest instalment in the world-wide phenomenon. During the presentation, we were introduced to the Paldea region and shown many new features—including fresh Paldean Pokémon. One that really stole the show was the new variation of the Pokémon Wooper.

Originally being introduced in Pokémon Gold and Silver, Wooper is quite popular with many fans for its silly and cute design. In fact, Redditor @QuantumF0am was so enamoured with this new variation of Wooper that they decided to create some adorable fan art of the two versions interacting. The image depicted the blue ‘Johtonian’ Wooper splashing about in a puddle of mud and trying to make itself look like its brown Paldean counterpart—who players have affectionately nicknamed ‘Pooper.’

With more details yet to be released and new Pokémon set to be revealed, it’s an exciting time to be a Pokémon fan. Pokémon Scarlet and Violet will release worldwide on 18 November 2022.

6. The trailer for a fan-made ‘Assassin’s Creed’ set in Persia has dropped, and it looks incredible

Assassin’s Creed has become one of the most popular game franchises around, with Assassin’s Creed II really skyrocketing the series into stardom. Over the years, they have taken us all over the world, from Jerusalem to Italy, France to the Caribbean and—in its latest adventure—exploring the Viking’s expansion into the British Isles.

Last year, the game’s studio, Ubisoft, unveiled Assassin’s Creed Infinity—a live-service take on the iconic franchise that will add new locations, characters and more as time passes. While no gameplay has been revealed, YouTube channel TeaserPlay has shown a concept of what a Persia-based Assassin’s Creed game would look like using the powerful Unreal Engine 5.

The concept sports a huge, walled city with vast landscapes, ancient ruins, a desert oasis and more. Once again, nothing is really shown in terms of gameplay, but it is assumed that it would take from its predecessors and utilise stealth and parkour. A Persian setting was chosen as it is rumoured to be one of the locations featured in Assassin’s Creed Infinity.

7. Zachary Levi had to go to hospital because of his Nintendo Wii

When the Nintendo Wii released in 2006, it changed the gaming world forever. Its revolutionary motion controls redefined the way games were played and showed that gaming was, in fact, for everyone.

Those of you who remember its launch will also recall the many incidents of gamers accidentally breaking things or injuring themselves and others because of the console’s motion controls. It just so happens that Chuck actor Zachary Levi managed to do both.

In a recent interview with IMDB, Levi revealed how, just after the console’s release, he was up late playing Wii Tennis when he accidentally raised his hand too far and fast—shattering a light fixture and ending up in the emergency room. The Shazam! star eventually had to get 14 stitches in his hand because of the accident.

8. New indie game ‘Squirrel with a Gun’ is causing a stir online

The world of indie games is vast and varied. And while developers tend to follow trends, some appear out of nowhere with ideas so wild and wacky that they completely catch you off guard.

One such game is the currently-unreleased Squirrel with a Gun. Yep, you read that right. In this game, you play as a squirrel. With a gun. That’s it. But don’t let the simplicity of the concept fool you. Developer Dan DeEntremont has released gameplay footage online and it has taken the internet by storm.

In the video, we see a sweet-looking grey squirrel wielding human sized firearms, mugging people and even using the recoil of an Uzi to launch itself to great distances. The pure absurdity of it all is what gives the game its charm.

The synopsis of Squirrel with a Gun on its Steam page reads: “It is not easy, but it’s fun, to be a squirrel with a gun. Squirrel with a gun is a sandbox game that focuses on exploration and shooting combat. Defend yourself from random encounters with Agents, using various weapons. Deflect their melee attacks with exceptional timing to disarm them.”

“Climb and jump across platforms with your natural squirrel skill,” the description continues. “Use weapon recoil to cross even greater gaps. Explore the neighbourhood from a squirrel’s eye view. Talk with residents of the neighbourhood and help them out for goodies. Or mug them for goodies.”

If you weren’t interested before, I’m sure you are now. Squirrel with a Gun doesn’t have a release date yet, however, it is currently available to wishlist on Steam.