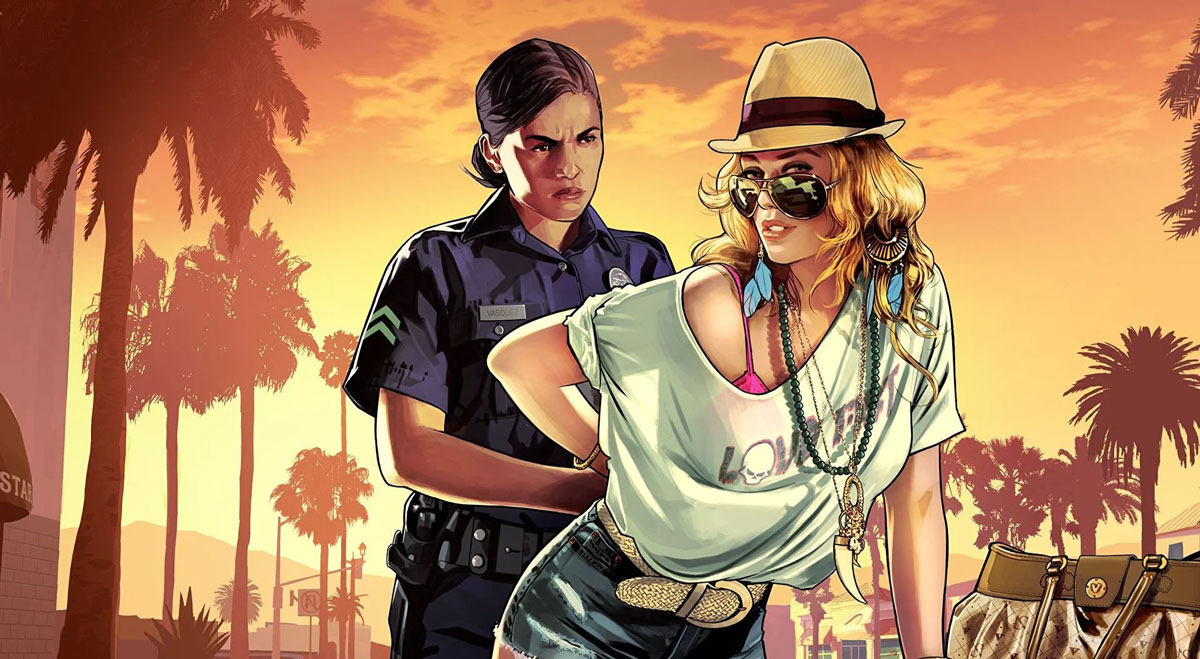 It has been revealed this week in a report by Bloomberg that the main protagonist of Grand Theft Auto VI (GTA) will be female. This has sent ripples throughout the internet, with some welcoming the announcement, others have condemned it by calling Rockstar Games—the developer of the franchise—“woke.”

Regardless of people’s views, the memes based on this news have been coming in thick and fast, with many poking fun at those who aren’t exactly pleased with the announcement. Here are some of the best memes and internet reactions to date.

Throughout the GTA franchise, its main characters have been consistently diverse, with black, Latinx and Asian protagonists as well as supporting characters featured in the game. After the announcement of a female lead character, frustrated players are calling Rockstar Games out for being too “woke” and claiming that the developer has ruined the game. Are you sure about that guys?

2. Cutting off your nose to spite your face

GTA is known for having incredible open worlds for players to explore, with GTA V’s Los Santos being the biggest and most detailed to date. Rockstar is no stranger to open world excellence, with another of their franchises, Red Dead Redemption, boasting a fantastic wild west world to get stuck into. One can only dream of what we will get to experience in GTA VI.

Despite this, those who are upset with the recent news have claimed the game has lost its charm and that they won’t be playing it. Your loss buddy.

3. Keep your hair on

With so many people (notably men) hitting back against the potential of a female lead in GTA VI, it was only a matter of time before other netizens brought out the incel memes. This tweet says it all, really.

Along with being a female lead, it has been reported that the main character will also be Latina. This tweet perfectly encapsulates how western media depicts Latinx people. Let’s hope Rockstar doesn’t go down the same path.

Once again making fun of gamers, there is no end to memes taking the mickey out of the misogynistic views of some players. No need to be so cringe, it’s just a game.

The Legend of Zelda series is known the world over for its tight gameplay, vibrant worlds and wonderful stories. But it’s almost impossible to be a fan of the video games without noticing the plethora of monsters that Link constantly has to face and slay. Iconic monsters such as Skulltulas and Stalfos Knights are found throughout the series and, let’s be honest, probably gave us nightmares as a child.

But wait, because if you thought they looked scary then, we’ve got some bad news for you. Artist Andres Rios has recreated some of these creatures in the most terrifying and realistic way possible and is ready to have us relive those nightmares all over again, but worse.

Arachnophobes, look away now. This gargantuan spider with a skull pattern on its back can be found in many of Link’s adventures, but none as spine-chilling as this rendition. If you weren’t scared of our eight-legged friends before, you probably are now. And honestly, same…

Possibly the creepiest Zelda monster out here, the Dead Hand made its first and only appearance in The Legend of Zelda: Ocarina of Time and gave every kid in the 90s night terrors. Its decaying body covered in blood and huge, menacing mouth were scary on the Nintendo 64, but Rios’ realistic style really brings back the fear. Not something you’d want to come across on a dark evening.

Probably tied first for scariest Zelda monster with the Dead Hand, ReDeads are zombie-like creatures who let out a blood-curdling howl frightening enough to freeze you in your tracks, leaving you defenceless as they jump on your back and suck the life out of you. Rios’ long, gangly version is pure nightmare gold, and that face is one not even a mother could love.

The boss of the Shadow Temple, Bongo Bongo looks almost like a deformed worm, with two detached hands which it uses to crush its prey. The worst part? This hellspawn can turn invisible. Rios’ version looks a bit like a Demogorgon from Stranger Things but the creature’s exposed bones and peeling flesh really take it to the next level of freaky.

Stalfos Knights are fallen warriors, resurrected by dark magic. After enough hits they’ll collapse into a pile of bones—but only for a short while. Unless their remains are blown up with a bomb, they will just keep returning again, and again, and again. Thanks, but no thanks.

The Big Poes are malevolent spirits that seek to cause havoc and ill fortune wherever they go. While a bit goofy-looking in Ocarina of Time, Rios’ fully cloaked version with the piercing eyes is sure to strike fear into the hearts of everyone who lays eyes upon it.