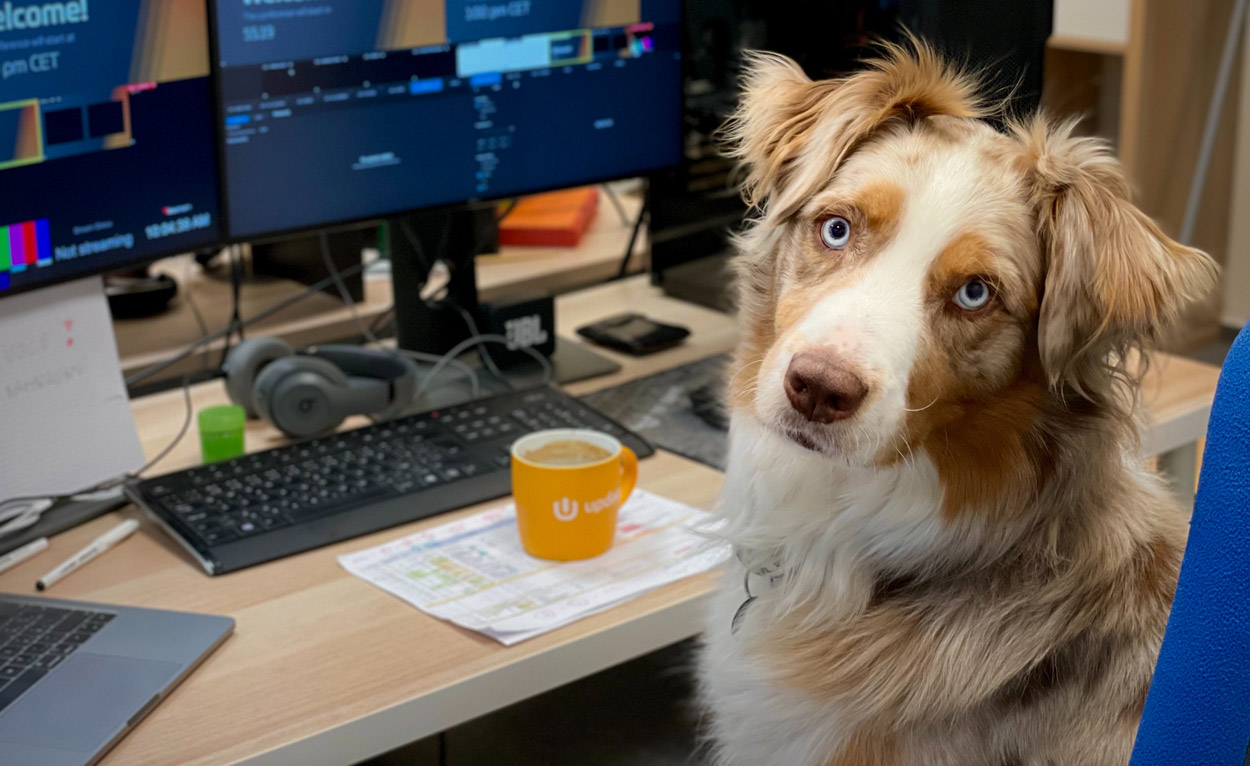 Be it viral images of fluffy dogs with consoles or video games like Stray hinging on the internet’s bottomless obsession with cats, pets have had a rollercoaster history with the gaming industry. While Stray went on to inspire an adventure game where you can play as a mouse, Squirrel with a Gun allowed gamers to play as a grey squirrel—wielding human-sized firearms, mugging strangers, and even using the recoil of an Uzi to launch itself to the beyond.

Although the presence of household pets in video games has sparked a litany of ethical debates when they’ve been featured as enemies—in turn urging players to put them down in order to progress the gameplay—there have been no advances in creating consoles for our furry companions. Until now.

In a bid to “unleash your dog’s cognitive potential,” UK-based startup Joipaw is building a series of video games dedicated to humanity’s best friend. According to Dersim Avdar and Marco Jenny, the experts at the helm of Joipaw, the console will include a height-adjustable stand, a saliva-resistant touchscreen, and an automated treat dispenser—along with “running interactive puzzle games that are constantly new and challenging.”

Imagine your dog playing video games while you’re at work. Scratch that, imagine them playing games that have actual mental health benefits.

Crafted to stimulate canine brains, the list of video games included in the Joipaw console is a Whack-A-Mole challenge and a test to see if doggie gamers can pick which side of an image contains more bubbles. Playing with their snouts (which explains the need for a saliva-resistant screen), the console dispenses treats every time the furry user wins a match.

Just take a look at some of these genius bois playing the Whack-A-Mole challenge. If this video doesn’t cleanse the internet of its routine doomism, I don’t know what will:

Though Joipaw aims to host more intricate games that utilise a motion sensor on the dog’s collar, the console essentially provides data based on their state of mind.

After wearing the Joipaw tracker on their collar, the gadget records a dog’s activities, including the number of steps taken and time spent resting, playing, and walking. Pet parents can then check on their furry companions’ health status—based on data pulled from both the tracker and the console—on the affiliated app, which also alerts owners about abnormal developments like the early signs of canine dementia or joint issues.

In an interview with Axios, co-founder and lifelong gamer Avdar admitted that the idea for Joipaw came from his mixed-breed dog Kawet and his desire to keep her busy when he didn’t have enough time to play with her. Avdar later discovered a 2017 study that tested simple touchscreen games on 300 dogs and found potential cognitive benefits for puppers with ageing brains.

“I’m taking the torch that these researchers lit and bringing it further,” the co-founder told the publication. At the same time, Avdar mentioned that Joipaw’s games are not meant to be a replacement for spending time with your dog.

“Imagine being informed early if your dog is showing signs of joint issues or dog dementia, signs that a human will have a hard time noticing quickly, but that can be sent to your vet to improve diagnostics and treatments,” Joipaw shared in a statement about its products. “Our company offers a holistic approach to preventative dog health care. We combine both cognitive and physical stimulation in the form of a dog-tailored console, a wearable, and a software platform that allows you to track your dog’s health indicators.”

That being said, Avdar mentioned that the hardest part about Joipaw was getting a dog’s attention during the product’s prototype phase. Considering the fact that pooches don’t naturally gravitate to screens like humans, the co-founder had to put peanut butter on the screen to push the soon-to-be pro gamers to be comfortable with the console.

As of today, Avdar doesn’t have a timeframe for Joipaw’s release and is currently working out a pricing model for both the device and a subscription that’ll dole out games. There are also plans for a global leaderboard in the making, with the co-founder commenting: “I can totally imagine dog esports.” Head up, Puppy Bowl! Professional doggy esports is the next big thing—guaranteed to melt hearts worldwide as an annual fur-tastic battle. 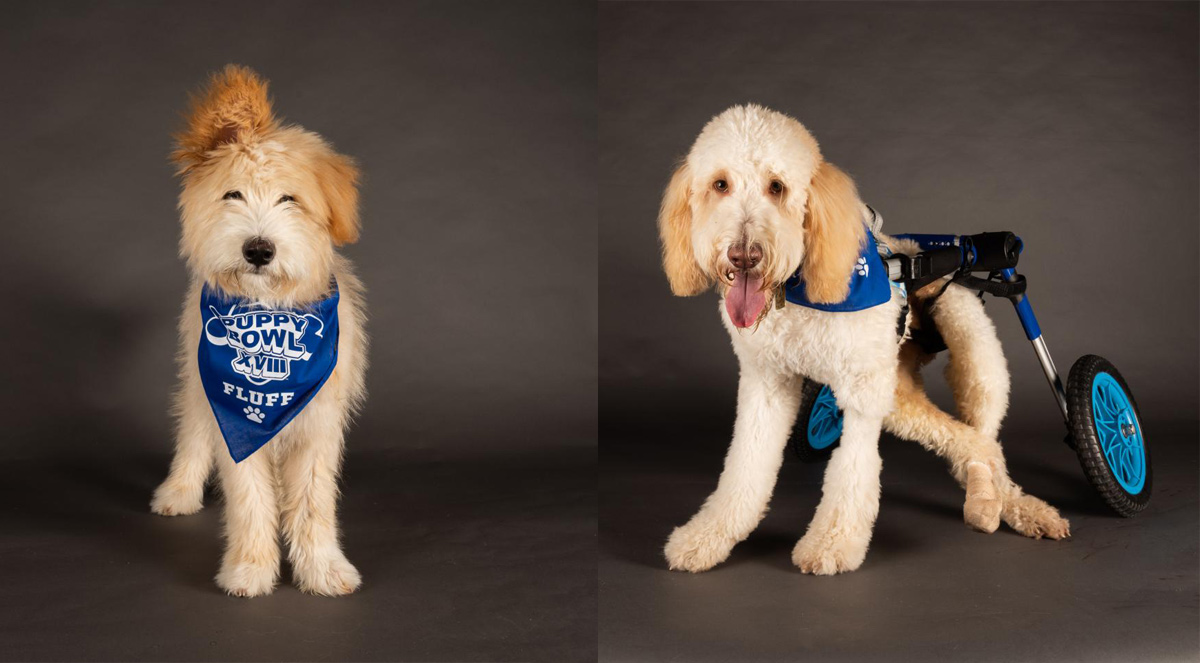 Super Bowl, who? America’s beloved Puppy Bowl is back with a bang for the 18th time. Hosted by lifestyle icon Martha Stewart and rapper Snoop Dogg, the event featured more than 100 dogs from 67 shelters across 33 states. Not only was the 2022 Puppy Bowl one of the largest editions of the Bowl yet, but it also featured the most special needs dogs than ever before.

There’s only one ground rule for the annual fur-tastic battle: drag a chew toy across the finish line for a touchdown. “These are not trained puppies,” long-time referee Dan Schachner told The New York Post. “These are dogs in their purest form.” Although the contestants can be called out for penalties including “pass inter-fur-ence,” “unnecessary ruffness” and “premature watering of the field,” Schachner noted how most rules are made up on the fly. “They’re fast and loose rules,” he explained. “It’s kind of crazy, but it’s controlled chaos.”

Every Puppy Bowl has a larger purpose, apologies, ‘paw-pose’: to help furry participants find a loving family. The verdict? Every single one of those peculiar events has recorded a 100 per cent adoption rate in the past. According to Schachner, the adoption rates of the shelters providing these good bois also tend to skyrocket just after the event.

That being said, this year’s Puppy Bowl saw Team Fluff winning against Team Ruff with a final score of 73-69 after a heart-melting face-off that lasted three hours. So if you, like me, were glued to your seat while streaming the showdown, scroll through these aww-dorable images of the furry contestants—who competed both for our hearts and the gold.

Missed out on the puppy palooza? Don’t you worry. Make some hot chocolate and treat yourself to the show here.