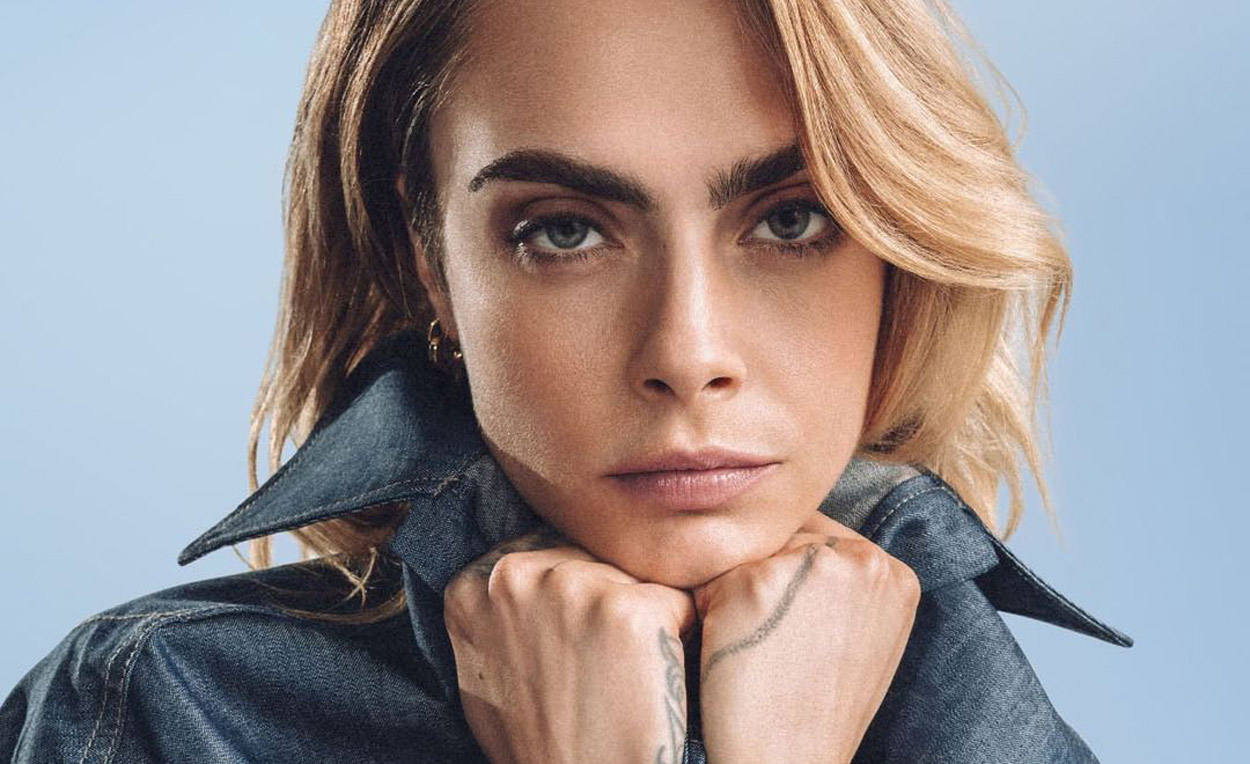 To date, English model and actress Cara Delevingne has been very vocal about sex and female pleasure, shared her experiences as a queer woman in Hollywood, and opened up about her pansexuality in countless interviews.

As of today, it seems like the Suicide Squad actress has donated something rather unusual to medical science: her orgasm. Yes, you read that right—and here’s why it matters.

Featured in a six-part BBC special titled Planet Sex With Cara Delevingne, the 30-year-old actress has essentially donated her orgasm as part of an investigation into the ‘gender climax gap’, a theory that suggests men are more likely to have an orgasm during heterosexual sex than women.

In a March 2022 study from Rutgers University, researchers surveyed 104 sexually-active couples and found that women are more likely to end up in a “cycle of inequality” in their relationships—rather than seeing their sexual satisfaction improve over time.

During the research, the team asked couples about the number of times each partner orgasms, their ideal amount of sexual pleasure, and how often they expect to climax during sex. As it turns out, women who had fewer orgasms reduced the overall importance they placed on reaching this level of pleasure.

“The orgasm gap has implications for women’s pleasure, empowerment, sexual satisfaction, and general well-being,” researcher Grace Wetzel said in a press release at the time. “Importantly, this is a gender equality issue. Women are learning to expect and be satisfied with less in their sexual interactions with men.”

In fact, a recent YouGov survey found that 63 per cent of heterosexual men always reach climax during sex, as opposed to 30 per cent of heterosexual women. These figures vary slightly when it comes to queer men and women, with 56 per cent and 40 per cent climaxing every time respectively. This is exactly what Delevingne’s BBC feature aims to unpack, alongside topics like sex appeal and the rise of pornography.

In the documentary, the actress also visited an ethical pornography film set and travelled to Japan—where she created a mould of her vagina.

How can researchers measure someone’s orgasm?

Now, you might be wondering what it means to donate your orgasm to science in the first place. In Delevingne’s case, the model gave samples of her blood before and after reaching climax to help doctors study the differences in her body chemistry pre and post-orgasm. More specifically, to measure the level of endocannabinoids in her system.

Similar to the active molecule in cannabis, heightened volumes of endocannabinoids have been shown to promote feelings of relaxation and reduced anxiety, and studies suggest that these levels increase following an orgasm.

“I think female sexual desire has definitely been repressed. I know from my own love life just how sexual women can be, so you’d think in the 21st century men and women should be having equally satisfying sex lives, right?” Delevingne shared outside the German hospital where the study was conducted. “Well, prepare for a shock. When it comes to the orgasm, there is a definite gender gap.”

“Scientists say that 95 per cent of straight men orgasm during intercourse but only 65 per cent of straight women do,” she continued. “To be honest, I think that sounds way too high, most of my straight female friends say it’s probably more like 15 or 20 per cent. Lesbians and queer women definitely seem to have it better.”

On 14 May 2021, Delevingne auctioned off an NFT about her vagina in a bid to break stereotypes surrounding body image and ownership, all while raising money for environmental causes, LGBTQIA+ communities, and anti-racism. After dazzling Paris Fashion Week in her first appearance since addiction concerns, the actress’ latest feature documentary is set to premiere on BBC Three and iPlayer on Thursday 1 December—which will also televise results from the study in question.

“I do feel that, generally, men are not equipped with the right tools to handle women—especially sexually,” Delevingne added. “I get it, it’s a lot more complicated for a woman to have to tell you that you’re not doing it right, you have to sit down and listen to what I’m saying. Yes, it’s an ego-killer, which most men can’t handle.” 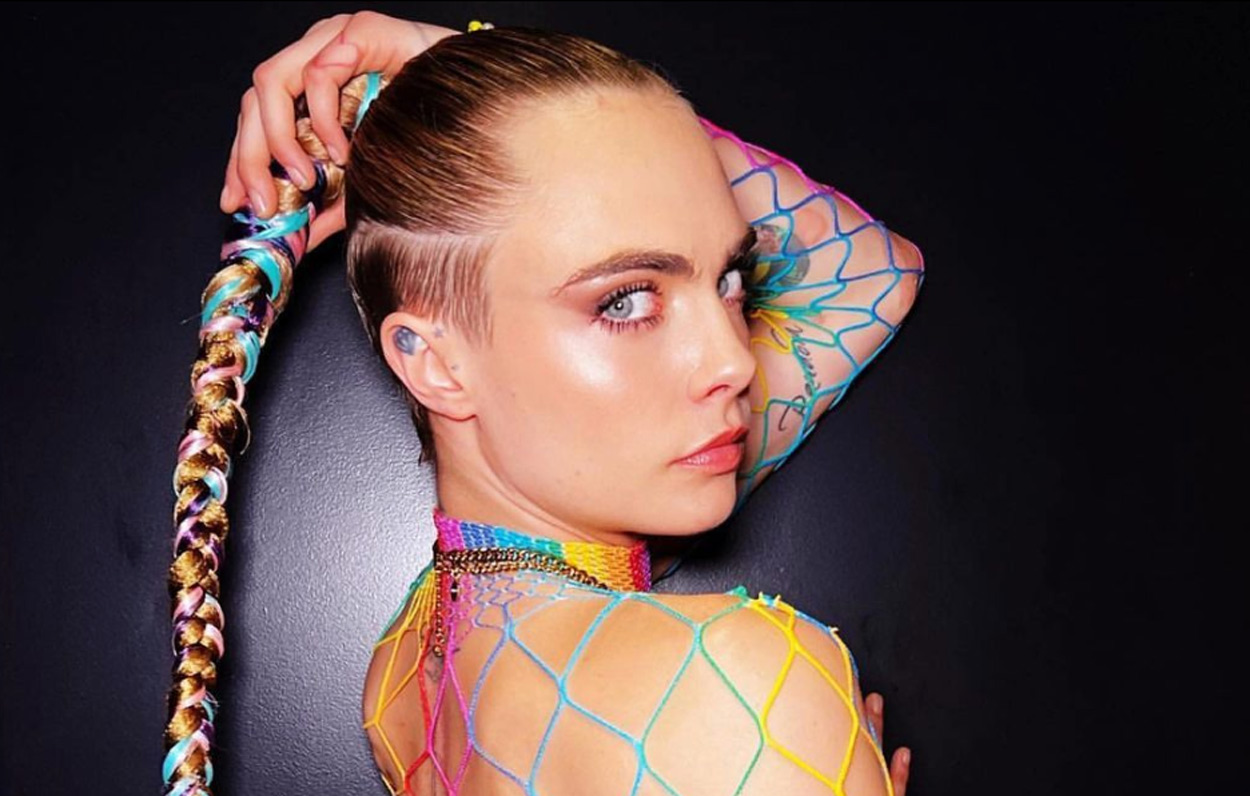 What’s happening to Cara Delevingne? Sister Poppy ‘rushes to her side’ amid growing concerns

Earlier in September 2022, English model, actress and singer Cara Delevingne was spotted outside a Los Angeles sex shop smoking an unknown substance from a pipe and dropping clear liquid from a bottle into her mouth.

Then, just days ago, troubling images emerged of Delevingne, 30, behaving erratically as she waited to board none other than Jay-Z’s jet at the private Van Nuys airport just outside of Los Angeles. First, she was seen dangling her feet from the window of a Chevy Suburban as a driver took her to the airport.

Wearing a Britney Spears T-shirt, she made her way to the plane only to disembark 45 minutes later and was spotted pacing up and down while smoking, bending over and “acting jittery,” according to onlookers who spoke to Daily Mail. It’s not clear if the London native was asked to leave the plane or decided to do so on her own.

According to the publication, the cover girl appeared “unable to control her body movements at certain points as she was seen on the phone, dropping [it] and walking around looking very jittery and as if she was unable to stop moving.”

Recently, Delevingne was known to spend some time at the Burning Man festival. Sources told the tabloid at that time that she didn’t eat or shower while at the event. “She had just spent days in the desert, not eating all that much and she looked dishevelled because she hadn’t had time to scrub up yet,” they said.

Less than a week after the images hit the news, it’s now been revealed that Delevingne’s sister, Poppy, 36, has raced to be by her side amid growing concern over her behaviour. Poppy, who lives in London, was spotted leaving Delevingne’s Los Angeles mansion on Friday 9 September.

In another Daily Mail article, a family friend allegedly said, “It is all very troubling. Cara has been open about her mental health issues in the past. She comes from a very good, close family and, of course, they will rally round and do whatever it takes to help her.”

“The family is clearly worried about her, which is why Poppy immediately went to be with her. Everyone is concerned about Cara’s behaviour,” they continued.

The model was expected to attend a Puma catwalk show in New York on Tuesday 13 September but sources are now saying she’s unlikely to attend.

Unfortunately for Delevingne, this latest turn of event is not the only worrying event taking place in her life. In April, her bankers at HSBC registered a charge against her company Cara & Co—despite the fact that it has assets of £41.4 million.

It has been speculated that the action was taken to protect the interests of her bankers in case her firm suffers a sudden reversal of fortune.

Regardless of what is going on, many netizens have expressed their concern over the celebrity’s wellbeing, with countless users comparing her behaviour to the one of the late singer Amy Winehouse.