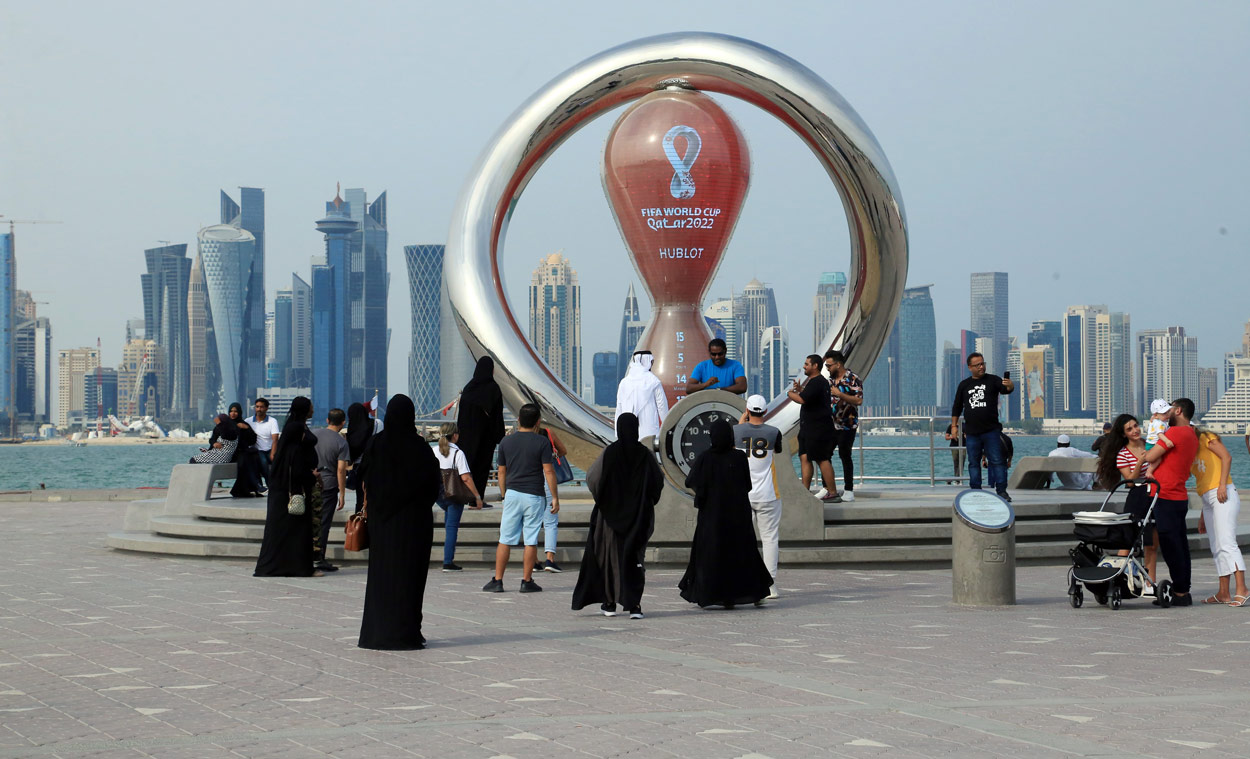 Will the world continue to ignore the 6,500 people who died to bring about the 2022 FIFA World Cup?

In mid-November, the world’s galore of flags will rise and wave, pints will fly to ceilings in pubs across the UK, and children, adults, and grandparents will jump and scream at each goal that is scored in football nets across the eight newly-built football stadiums in Qatar. But as tourists are bound to lay asleep in freshly established hotels and vacation around Doha over the next month, will our blissful attitude toward the 2022 FIFA World Cup come to a halt when we realise that our favourite footballers, and our countries themselves, are playing on the lives of 6,500 people—left dead?

Qatar is expecting to bring a glowing financial return of $17 billion to its economy from the upcoming event. The gulf country is anticipating an estimated 1.2 million eager visitors from the UK, France, Germany, Argentina, and the US. But to host such a crowd, Qatar needed to build from the ground up, and it needed to do it fast.

Qatar has had a long 12 years of hard work to prepare, though this has come at a cost of lives. The exploitation of migrant workers should be on the minds of football fans as we embark on this tournament, but are fans actually ready to take their blinders off? It’s time we had the conversation.

A new airport, 100 hotels, and a new metro system were all built to support the expansiveness of this bid. In preparing for this tournament, Qatar had to find labour—sourcing migrant workers from other Middle Eastern countries including Sri Lanka, Nepal, India, and Bangladesh, as reported by The Guardian.

Migrant workers came to the nation to take advantage of a seemingly alluring opportunity of work, to support their families back home, though the idea of the treatment and salaries they were sold back in their homeland were not reflected upon setting foot on Qatari soil.

Workers were paid $3,000 to $4,000 a year, an amount that would make a significant impact back home. Workers came to the nation through the sponsorship system, Kafala, which required foreign nationals coming into Qatar to work on various construction projects. Once they arrived, they were to sign away their rights to Qatari companies—which would then confiscate passports and withhold wages.

The system has been considered by Amnesty International to be a rendition of ‘modern slavery’ due to findings that workers would often go months without pay from their employers. In 2019, Qatar abolished the Kafala system, though the damage had already been done.

Migrant workers were subject to 12-hour physically demanding work days while working in 100-degree temperatures. They were also made to live in overcrowded accommodations on the outskirts of Doha. These conditions were not conducive to fair and equal treatment, triggering exploitation, and the deaths of thousands.

Though the deaths of migrant workers in Qatari are mostly unaccounted for, little research was done into how and why labourers may have died. A report from the Karger journal found that one of the causes of death for Nepali migrant workers in Qatar was due to “cardiovascular disease.” It noted that the causes of death are vague, with “natural causes,” “cardiovascular diseases,” and “unknown causes” being attributed.

In one example, a family from India—relatives of worker Madhu Bollapally, 43—never understood how he died of “natural causes.” The Guardian has reported that his body was found lying on his dorm room floor.

These accounts from the victims’ families show the insufficient reasons that are being attributed to migrant deaths, further silencing the truth behind what it took to get us to the completion of construction for the World Cup to take place.

Deception and cover-up have been a perpetual theme for the upcoming tournament. A lack of accountability and sorrow for those who have had to lose their lives to make this possible casts an unfortunate dark shadow over the event. A culture of silencing has been a common tactic throughout the 12 years of construction—perhaps because the reality of the situation may be too much for football fans to bear.

According to Qatari officials and FIFA president Gianni Infantino, three people have died “in work-related accidents while actively building World Cup stadiums.” Contrary to his defence, it was reported in 2015 by the BBC that the International Trade Union Confederation (ITUC) went to the embassies of Nepal and India, and those two embassies had counted more than 400 deaths a year between them—coming to a shocking total of 1,239 deaths in the three years to the end of 2013.

This finding completely dispels the defence of Qatari officials and Infantino. Defaulting to lowering the number in a lie completely diminishes the experiences of migrant workers in Qatar who had to die at the sacrifice of business opportunity and fan gratification.

On 3 November, Infantino further attempted to reassure fans and all 32 participating nations through a letter, claiming to just “let football take the stage.” But how can football take the stage while the lives of thousands lay beneath the pitch? Will fans continue to turn a blind eye to the abuses, deaths, and power imbalances that made the 2022 FIFA World Cup possible?

Even this close to the beginning of the highly anticipated sport event, it seems like more controversy is bound to take place, with the latest one being World Cup ambassador Khalid Salman telling German TV broadcaster ZDF that homosexuality is “damage in the mind.” While organisers have repeatedly said that everyone is welcome to Qatar, the country’s tainted human rights record has led to calls for teams and officials to boycott the entire tournament in itself. 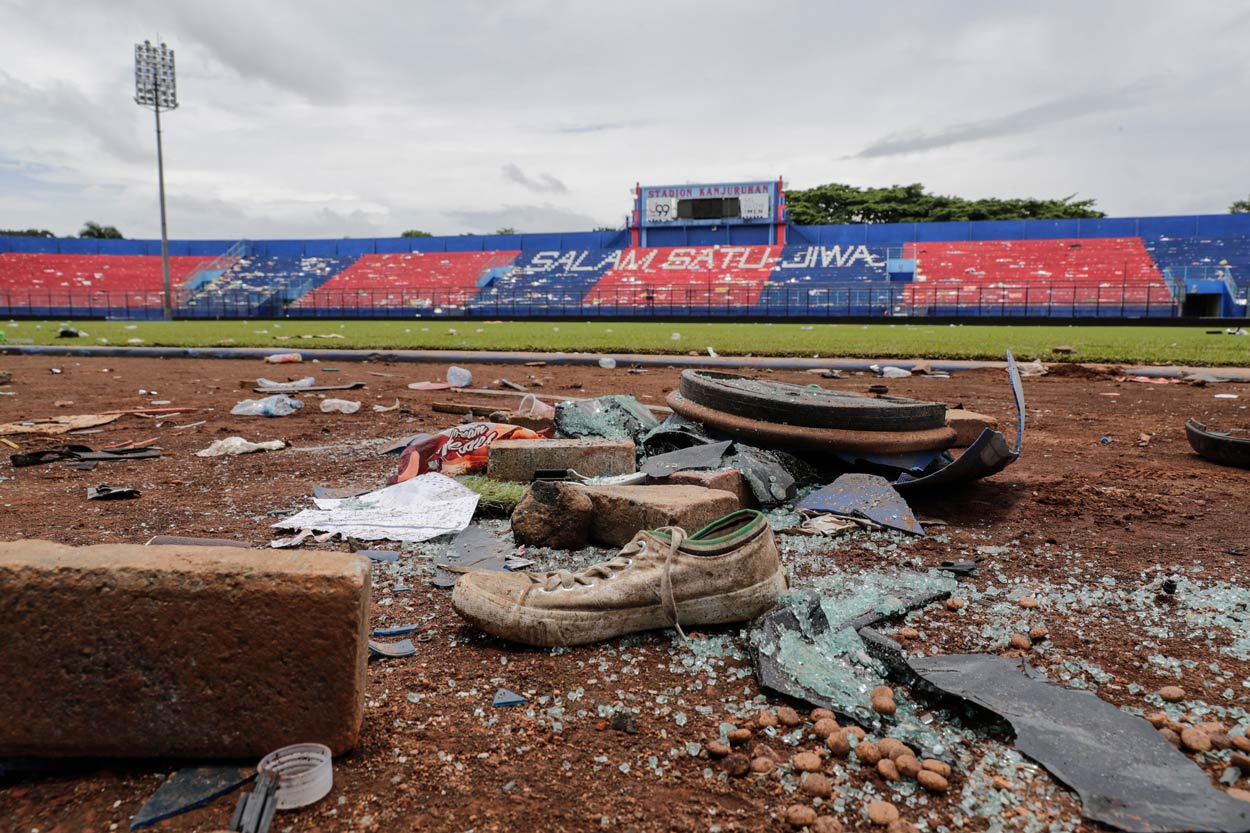