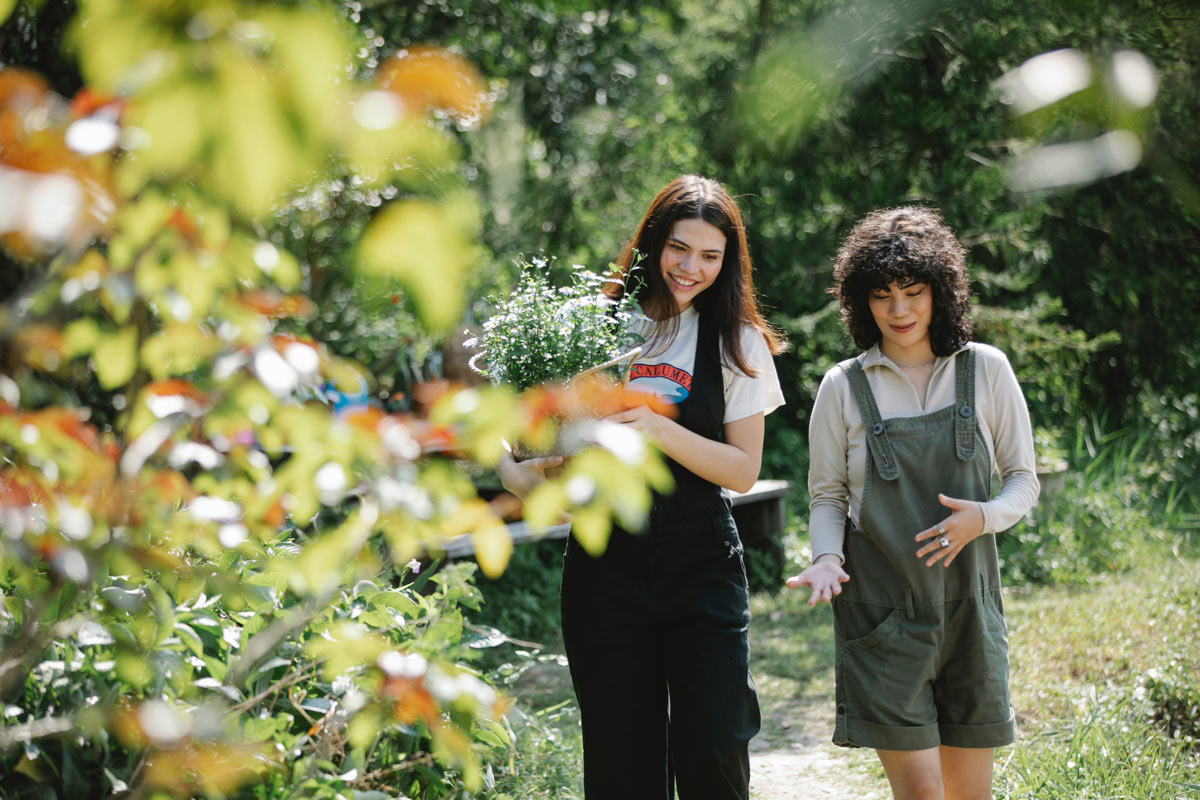 Let’s be honest, when we hear the word ‘gossip’, most of us picture a group of women sitting close together, discussing rumours they’ve either heard or invented on the spot—if your mind goes full-on cliché, you might even have them whisper to each other. For decades now, the act of gossiping has been mostly associated with women.

In the Cambridge Dictionary, the word gossip is defined as “conversations or reports about other people’s private lives that might be unkind, disapproving, or not true.” If you didn’t get the obvious negative and malicious way in which the act is painted, let me assure you that it is undeniably stigmatised.

However, before men turned its meaning into something negative, the word, which comes from the Old English ‘godsibb’, from ‘god’ and ‘sibb’, was used to describe the godparents of one’s child or the parents of one’s godchild, people who were generally very close friends. In relation to the parents and the other godparent, the latter signification gave rise to the sense of familiar acquaintance, friend.

Then, the word became a term for women-friends generally, with no necessary derogatory connotations. It was especially applied to a woman’s female friends invited to be present at a birth. Shortly after, it commonly referred to an informal local sorority or social group.

Throughout the years, the meaning of gossiping gradually changed because of the way society viewed it. Many now see it as trivial, hurtful and intellectually unproductive. Others view it as a lighthearted way of spreading information. But gossiping actually came from a need for social connection.

From bonding to bad-mouthing

At first, gossiping was seen as something that close friends, siblings, or people had to do. It was a way of bonding and showing affection towards each other. It was also found to be therapeutic to women who were asked to stay home all day. It was a way of communication.

Some researchers argue that gossip helped our ancestors survive. Evolutionary psychologist Robin Dunbar first pioneered this idea, comparing gossip to the grooming primates engage in as a means of bonding. Instead of picking fleas and dirt off one another to bond, Ludden explained in Grooming, Gossip and the Evolution of Language, we decided to talk, which is “where gossip comes in, because chit-chat is mostly talking about other people and conveying social information.”

Gossiping gave humans the ability to spread valuable information to very large social networks. “Were we not able to engage in discussions of these [social and personal] issues, we would not be able to sustain the kinds of societies that we do,” he explained in a paper published in the Review of General Psychology, according to TIME. “Gossip in this broad sense plays a number of different roles in the maintenance of socially functional groups through time.”

Back in the day of tight-knit communities of women performing collective tasks, their deep understanding and detailed knowledge of their societies made them quite powerful. Of course, this made men feel threatened, which is why they started spreading propaganda depicting women meeting up as villains. Soon enough, the stereotypic nature of female friendships being witch cults arose—society thought women would turn their backs on rules if they had the opportunity to meet up and chat about their lives. Women who were seen in groups became a target for hatred and angst, and more often called witches just for expressing an act of freedom simply by talking among themselves.

Laws were made against women who gossiped or held meetings at home or in public. Women were told to stay quiet and remain calm regardless of what the situation may be—not complying led to punishment. The Church stepped in too, enforcing obedience with this lovely little device:

This device, called a ‘scold’s bridle’, ‘gossip’s bridle’ or ‘witch’s bridle’ was overwhelmingly used on female victims and silenced them from speaking entirely. It caused extreme pain and physiological trauma to scare and intimidate the wearer into submission. It was often done so upon request from husbands or other family members.

The iron muzzle fitted in an iron framework enclosed the head of the victim while a ‘bridle-bit’ was slid into the mouth and pressed down on top of the tongue, often with a spike on the tongue as a compress. This prevented speaking and resulted in many unpleasant side effects for the wearer, including excessive salivation and fatigue in the mouth. If the victim attempted to move their mouth, bits of flesh could be torn out. Other punishments included death by drowning and immolation.

During the 18th century’s witch hunts, many women were forced to accuse other women under torture. Friends turned in friends, daughters turned in their mothers—you get the idea. The idea that women hate each other, or at least that we love to bitch about each other, was invented and perpetuated by men.

Men also gossiped, by the way—only it was mostly done in private, especially when it came to politicians and noblemen who sent out their spies to infiltrate their enemies’ homes to know about their affairs. In a way, it was believed that men gossiped differently. When men gossiped, it was due to ‘important reasons’, but it remained different for women, who didn’t work and weren’t taken seriously.

That’s why the act is still stigmatised to this day—the propaganda and torture perpetrated by men who feared women. So, next time you feel like gossiping with your friends, don’t feel bad about it. It’s actually been proven to be good for you. Oh, and that only 3 to 4 per cent of it is actually malicious. 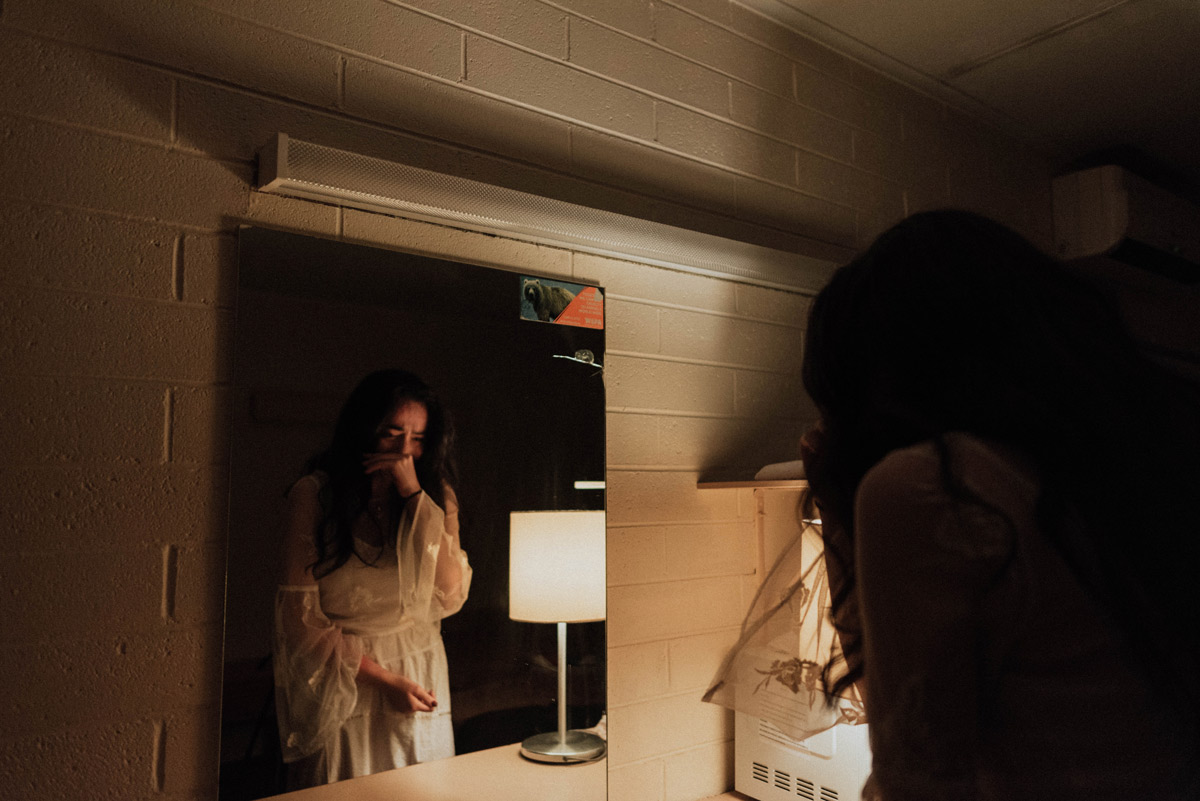 As a white, straight, cisgender woman, I consider myself as privileged as it gets—right behind my male counterpart, I’ll give you that. Let me first reassure you that I’m no Karen. Yes, I have bad days. Sure, I cry a fair bit, but I don’t film myself fake crying only to then post it on TikTok and take part in probably one of the worst trends I’ve ever seen. I admit, when crying (for real), I sometimes like to look at my own reflection in the mirror. It makes me feel calmer, and apparently, I’m not the only one. But I digress.

Earlier this month on TikTok, a number of white women began posting videos of themselves pretending to cry, only to suddenly stop and smile. Although they initially saw it as an “acting challenge” of sorts, the trend has since kicked off a larger discussion about white women’s historic weaponisation of their victimhood against black people.

By going on the original sound being used specifically for this trend, users can now witness the widespread condemnation it is receiving online. And for obvious and understandable reasons. “From criticism about its tone deaf nature to posts about Emmett Till’s murder, all of the crying was (rightfully) panned for its complete disregard of the innumerable black people who’ve been subject to violence as a result of these ‘crocodile tears’,” writes Paper Magazine.

Historically, white women have used their tears and their false victimhood to accuse and vilify people of colour, particularly those from the black community. This Karen-esque trend is only highlighting the participants’ ability to falsify emotions and manipulate others. I mean, there’s literally a book on this, titled White Tears Brown Scars: How White Feminism Betrays Women of Colour.

We all remember how back in May 2020, a white woman named Amy Cooper was walking her unleashed dog in Central Park. A black man, Christian Cooper, who was also in the park bird-watching, asked the woman to put her dog on a leash. She quickly became upset after Christian Cooper decided to start filming her. In the video that he recorded, Amy Cooper can be heard saying, “I’m taking a picture and calling the cops. I’m going to tell them there’s an African American man threatening my life.” This sparked a massive debate on social media, alleging that Amy Cooper knowingly put Christian Cooper in danger by exaggerating distress in a police call.

Incidents like this happen most days around the world. The cultural power of white tears depends, in turn, on the dehumanisation of people of colour, who were constructed in colonial ‘race science’ as incapable of complex feeling. In other words, when white women cry foul, it is often people of colour who suffer. And going through the many comments the fake crying trend has been receiving since its emergence, it’s safe to say that “a lot of black people are more scared of them than anyone else.”

This TikTok trend—if you can even call that a trend—is also known as the ‘Turn It Off’ trend. When the soundtrack says the words ‘turn it off’, women stop crying and essentially ‘turn off’ their emotions. Considering that, in general, white people have been using their tears against POC for literally centuries, it would be daft for someone to try and defend the trend as a mere acting challenge.

If you do, chances are you’re part of that demography—and still, that’s no excuse. This tone-deaf challenge completely ignores how many people have died because of women pretending to cry. Moreover, let’s say we could put issues of race aside, the trend remains problematic because of how it promotes the act of faking emotions. That shit’s not funny or impressive—it’s terrifying.