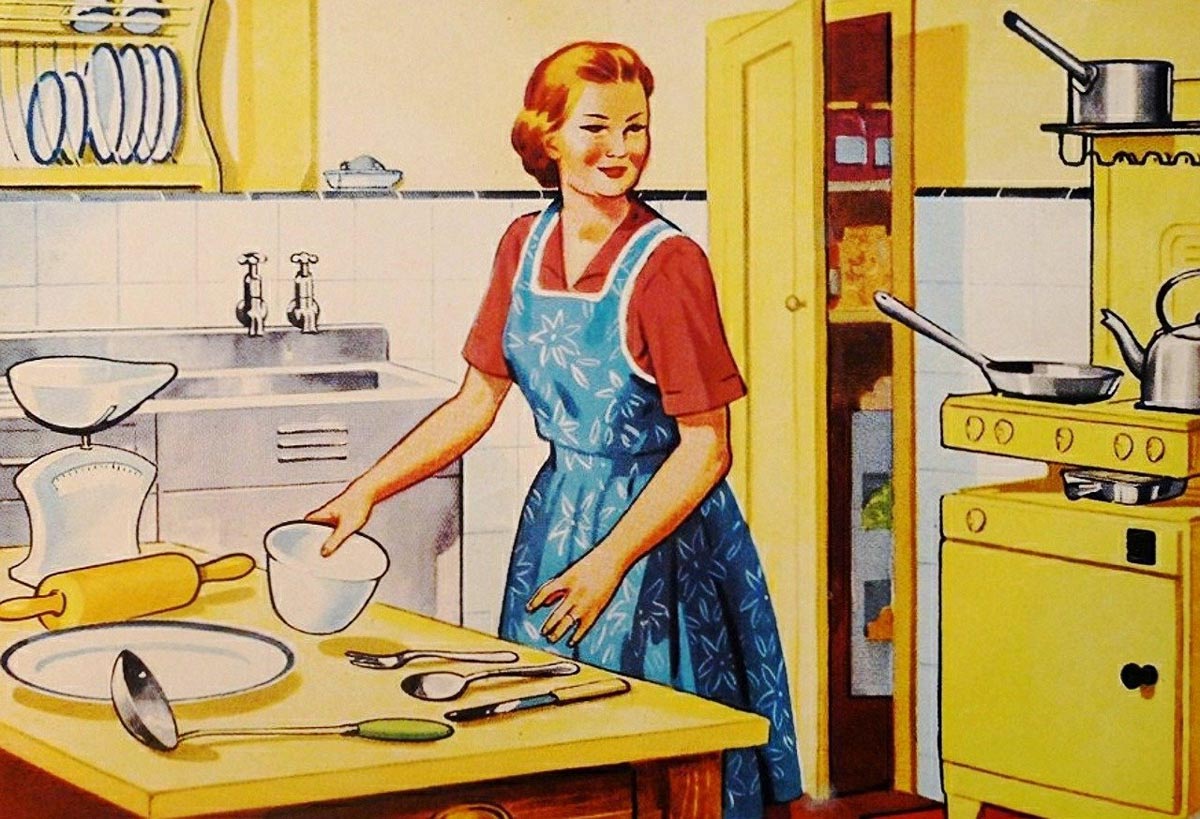 What is a tradwife?

A tradwife is shorthand for a  ‘traditional housewife’. The term is used to refer to a 21st century woman who has autonomously decided to adopt the traditional gender roles of the nuclear family—husband goes to work while she takes care of the children and upkeep of the home. While many women have this life, tradwives are quite different from the modern day housewife. Alongside this basic understanding of what it means to be a tradwife, is an attachment to the sentiments, style and fashions of the ‘good old days’. Tradwives are often seen in ‘vintage’ aesthetics heralding from the 50s, the ‘war wife’ eras and sometimes even further back in history.

Alena Pettitt—author and founder of the lifestyle blog The Darling Academy—has become what some have called the British face of the tradwife movement and is often closely attached to its hashtag. The Darling Academy is the British “home of traditional family values, good manners, and lifestyle. [It] celebrates the role of the housewife, traditional family dynamics, great homemaking, and shares the beauty of what makes ‘being at home’ truly worthwhile.”

In an interview with the BBC, Pettitt explained how she felt different to her peers in the way she wanted to live her life and found solace in the discovery of this online community who felt the same, “I joined social media and I realised quite quickly there was almost like an underground movement of other women who felt the same. People crave that sense of belonging and home and quaintness and all the traditional aspects.” Ever since this interview in 2020, the community has continued to grow, with #tradwife garnering over 30 million views on TikTok. Yes, 30 million.

While scrolling through the hashtag, you’ll find videos and captions of women cooking and cleaning, filling up lunch boxes and fridges—not going to lie, they’re super therapeutic. We’ve all seen the women that pack impressive lunches for their kids, right? Among this however, you will also find captions like ‘a woman’s place in the home’, #antifeminist and some really controversial takes on the rights of women. In a clip for the BBC, Pettitt explains that the ‘Traditional Housewives’ is a movement of “homemakers of our generation who are happy to submit to, keep house, and spoil their husbands like it’s 1959.”

Where did the term come from?

The tradwife community is all about being traditional, but what does traditional even mean? Traditional to whom? Pettitt explains to the BBC that “it’s almost harnessing the best of what made Britain great […] we can have that again, times are changing so fast and we don’t even know the identity of our country right now.” This idea of what a woman ‘should be’ is defined by the gender binary norms of the west, it is a white-centric idea of gender—there are numerous other cultures who have operated beyond the gender binary for centuries and have family dynamics not centred on the idea of the typical British nuclear unit. Tradwives’ fixation on particular parts of history—both for their lifestyles and aesthetics—have made people look at the community with scepticism.

Many people have noted that the word tradwife itself originated among predominantly alt-right and white supremacist groups—used as encouragement for women to submit to their husband and bear his children. The vintage aesthetics that the tradwife community idolises have been used by some as a way to promote white nationalist values. Small epithets of this can also be found on Pettitt’s blog with words like ‘Britishness’, ‘English behaviour’, ‘patriotic’ and even ‘true blue Britons’. While this may not be an overt example, these terms have often been described as a dog whistle to whiteness. However, many tradwives have dismissed these claims—Pettitt expressed to the BBC that when she discovered that this specific type of housewife was promoted by the Nazis, she had no idea of its association. Most tradwives also deny this link and claim that the term is now free of these ties.

The freedom to choose

It goes without saying how imperative it is to support the freedom of choice for women to be able choose the lifestyle that best suits them. There is absolutely nothing wrong with being a housewife. No woman should be shamed for her choice. However, the tradwife is very different to the image of the modern day housewife and it is not without criticism. Some of the more extreme statements are what fuels a large part of its controversial clash with feminists.

The BBC in its documentation of Pettitt showcased a tweet of hers alongside an article (both are no longer available). The tweet reads, “Why husbands must always come first if you want to maintain a happy marriage…” Some of the elements in being a tradwife include only wearing dresses, asking your husband for ‘permission’, him being in charge of all finances as well as being the ‘decision-maker’ of the family. Pettitt is actually far less provocative than many of her tradwife counterparts, with some having even stronger views. Remember, it’s all about spoiling your husband like it’s 1950.

Tradwife Dixie Andelin Forsyth told Stylist, “We say to feminists: thanks for the trousers, but we see life a different way.” Dr. Ann Olivarius—a lawyer and proclaimed feminist—responded to the statement on Twitter writing, “Not just the trousers, dear. The bank account in your own name, your voting rights and outlawing your husband raping and beating you. To name just a few things.”

Tradwives are not the first ones to be part of an anti-feminist movement, yet they represent more dangers than others we’ve seen in the past, for the simple reason that they’re carefully hidden under a wholesome housewife persona. Forget about alt-right extremists carrying guns at anti-lockdown protests, these ones will pour you a glass of lemonade and offer you a slice of homemade pie while you’re at it. 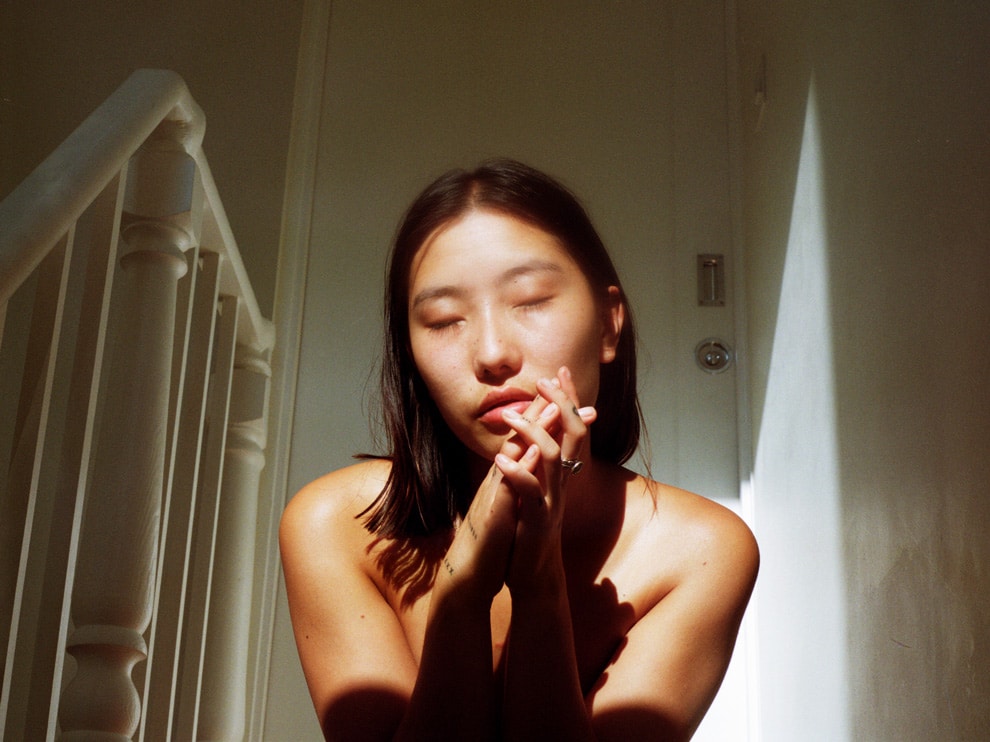 ‘Heartbeat’ bills in the U.S. are just another way to oppress women

A domestic war appears to be brewing in the United States over a highly sensitive issue: abortion. While abortion has long been a controversial topic in America, it was, at least temporarily, laid to rest following the Supreme Court’s 1973 Roe vs. Wade decision, which granted women across the United States the right to abort their pregnancy up until the point of fetal viability, which usually occurs after 24 or 25 weeks. Yet as conservative sentiments have risen in the U.S., a string of laws emerged in various states that seek to prohibit abortion from the moment a heartbeat is detected.

The most recent one, which passed on Wednesday in Alabama, places the harshest restrictions and effectively prohibits and criminalises all cases of abortion in the state. As the turmoil surrounding these laws mounts, experts seek to puncture holes in their scientific soundness, particularly as far as their ‘heartbeat’ arguments are concerned.

The controversial Alabama law—which outlaws abortion even in cases or rape and incest and stipulates that doctors who perform it could face up to 99 years in prison—is merely a hyped-up version of other anti-abortion laws instituted by six other states and is in the pipeline in fourteen others. All such laws mark the point of ‘heartbeat detection’ as an indication of fetal viability of an “unborn human individual.” This language though is highly misleading, particularly the usage of the terms ‘human individual’ and ‘viability’.

At the point when fetal viability is first detected, roughly six weeks into the pregnancy, the ‘unborn individual’ is on average a three-to-four millimetre concentration of cells, making it even more understandable why many question the validity of referring to this creature as a human being.

Yet particularly problematic is the law’s usage of the term heartbeat, which at the six-week mark-up constitutes more of a basic electrical activity of cell clusters. “At six weeks, the embryo is forming what will eventually develop into mature systems. There’s an immature neurological system, and there’s a very immature cardiovascular system,” Jennifer Kerns, an ob-gyn at UC San Francisco tells WIRED. Kerns goes on to state that the rhythm referred to by the heartbeat bills is in fact “a group of cells with electrical activity. That’s what the heartbeat is at that stage of gestation.” Adding that “We are in no way talking about any kind of cardiovascular system.”

Opponents of the bills highlight the countless negative ramifications they will have on women. Firstly, many women are still unaware of their pregnancy within the first six weeks (when a heartbeat is detected), and so female residents of states like Alabama, Ohio, and Georgia will get no chance whatsoever to abort their pregnancy. And the linguistic ambiguity of some of the laws would criminalise the termination of pregnancies that pose a health-risks to the mothers once a heartbeat is detected, and even go so far as prosecute mothers who experienced a miscarriage. The heartbeat laws are also predicted to disproportionately affect women of low-income backgrounds, as they are the least likely to be able to afford to travel and abort their pregnancy outside of the state.

Let us make one thing crystal clear: this is not a righteous crusade to protect innocent lives by benevolent lawmakers. This is a calculated and deliberate attack on women—on their right to sexual and personal independence. It is an aggressive rebellion launched by men and women who dread the prospect of female liberation, agency, and advancement. It is evident, for instance, in the countless other bills that surface alongside the heartbeat laws that attempt to cripple women, such as the one in Ohio seeking to ban access to birth control pills and IUDs.

In 2019 alone, over 300 anti-abortion bills were drafted across the United States. While some have already been challenged in court—as will the ones currently being passed—by organisations such as the American Civil Liberties Union (ACLU) and Planned Parenthood, it is unclear what their fate will be. Given the Supreme Court’s increasingly conservative make-up, it is certainly possible that while deliberating on one of those bills its majority will decide to overturn its landmark 1973 decision and officially re-open the door to abortion bans.

Americans can no longer afford to view this as a ‘women’s issue’ exclusively. This is a race issue; it is a class issue; it is an LGBTQ issue; it is a human rights issue, and it warrants a collective reaction.