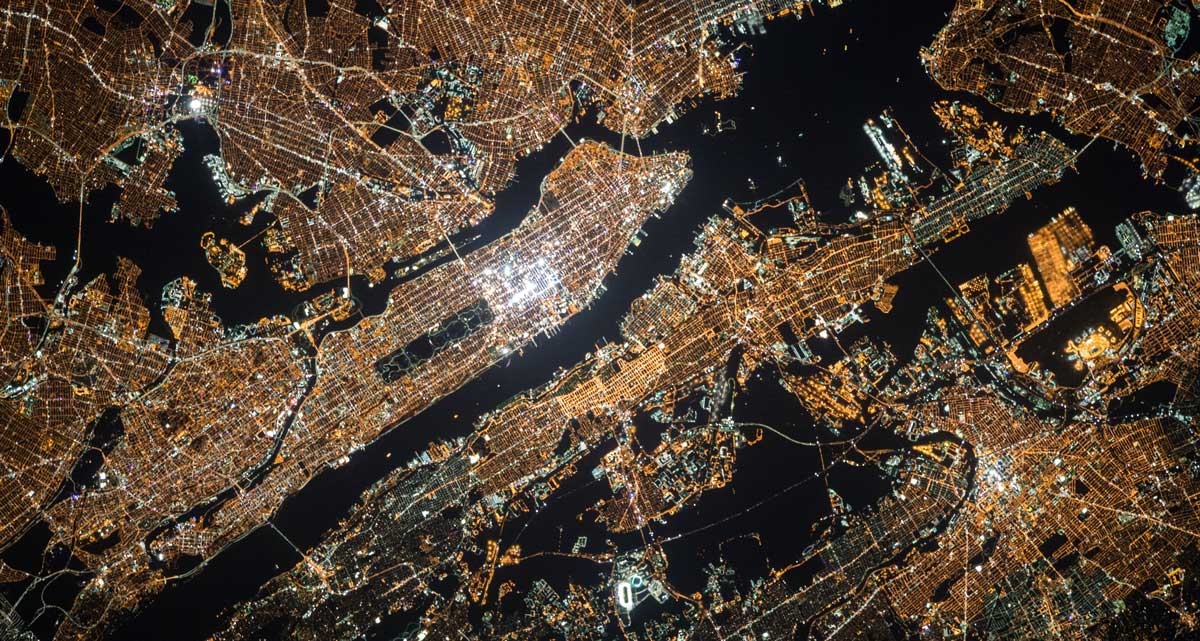 In an era where consumers are increasingly aware of their impact on the environment and vice versa, it is of no surprise to witness brands effortlessly embedding sustainability into the core of their products and operations. Backed with a commitment to fight climate change, Google Maps is pushing the boundaries of ‘what a map can do’ with over 100 AI-powered updates this year. Part of the array is the ‘eco-friendly navigation’ feature—which will pave the greenest way to your local destination and global future.

Through a recent blog post, Google Maps unveiled its ‘eco-friendly navigation’ feature which will suggest drivers the most eco-friendly route they can take to reduce their carbon footprint. These directions would feature the same Estimated Time of Arrival (ETA) as that of the fastest route by leveraging insights from the US Department of Energy’s National Renewable Energy Lab. The new routing model optimises these ‘eco-friendly’ directions (marked with a green leaf icon) based on fuel consumption—taking factors like road incline and traffic congestion into account. Such road grade data comes from Google’s own Street View cars along with aerial and satellite imagery.

When launched, the default route on the app will be set to the ‘eco-friendly navigation’ option unless users choose to opt-out of it by adjusting their preferences. In cases where alternative routes are significantly faster, Google Maps will let you compare the relative CO2 impact between the routes to help you choose.

“What we are seeing is that for around half of routes we are able to find an option more eco-friendly with minimal or no time-cost tradeoff,” said Russell Dicker, a director of product at Google in a conference. Siddharth Pathak, a partner at consultancy firm Kearney, labels the feature “a great example of three trends coming together—data, sustainability and consumer choice.” In an interview with the BBC he praised the potential of the feature for “pushing those on the fence to make a deliberate choice of speed over sustainability and often cost.”

As part of Google’s sustainability commitment made in September 2020 to help one billion people take action to reduce their environmental footprint, the ‘eco-friendly navigation’ feature will roll out in the US on Android and iOS later this year, with the rest of the world following suit. From June, however, Google Maps intends to kick off the feature by helping drivers in Germany, Netherlands, France, Spain, and the UK navigate through ‘low-emission zones’.

“From Amsterdam to Jakarta, various cities around the world have established low emission zones—areas that restrict polluting vehicles with specific emissions stickers—to help keep the air clean,” Google’s blog post explained. To support these efforts, Google Maps is working on alerts to help drivers better understand these zones. “You can quickly know if your vehicle is allowed in the area, choose an alternative mode of transportation, or take another route.”

However, if you are an avid cyclist or travel enthusiast who doesn’t live in the US to first-handedly experience ‘eco-friendly navigation’ or any of the countries mentioned to support low-emission zones, Google Maps has another feature in the works set to be introduced globally in the coming months. Improving upon existing features to promote sustainable modes of transport, users will soon be able to get a comprehensive view of all eco-friendly routes and transportation modes available to their destination. They can then compare how long it will take to reach via car, transit or bike without toggling between tabs.

Using advanced machine learning models, Google Maps will further prioritise the user’s preferred modes of travel automatically and even boost modes that are popular in their city. “For example, if you bike a lot, we’ll automatically show you more biking routes. And if you live in a city like New York, London, Tokyo, or Buenos Aires where taking the subway is popular, we’ll rank that mode higher,” the blog concluded.

The latest Google Maps updates are undoubtedly some of the much-awaited ones. Given the fact that transportation is the largest source of carbon emissions in the US further aids its coveted status. “If carbon emissions are to be lowered in the US, drivers’ behavior will have to change,” said Elizabeth Irvin, a senior transportation analyst at the Union of Concerned Scientists. In an interview with CBS News she outlined the importance of prioritising this change in frequent drivers.

At a time where consumers value the survival of both themselves and the planet, such innovations that effortlessly embed sustainability into products prove essential—nudging consumers into accepting a more environmentally sound behaviour, one step at a time. 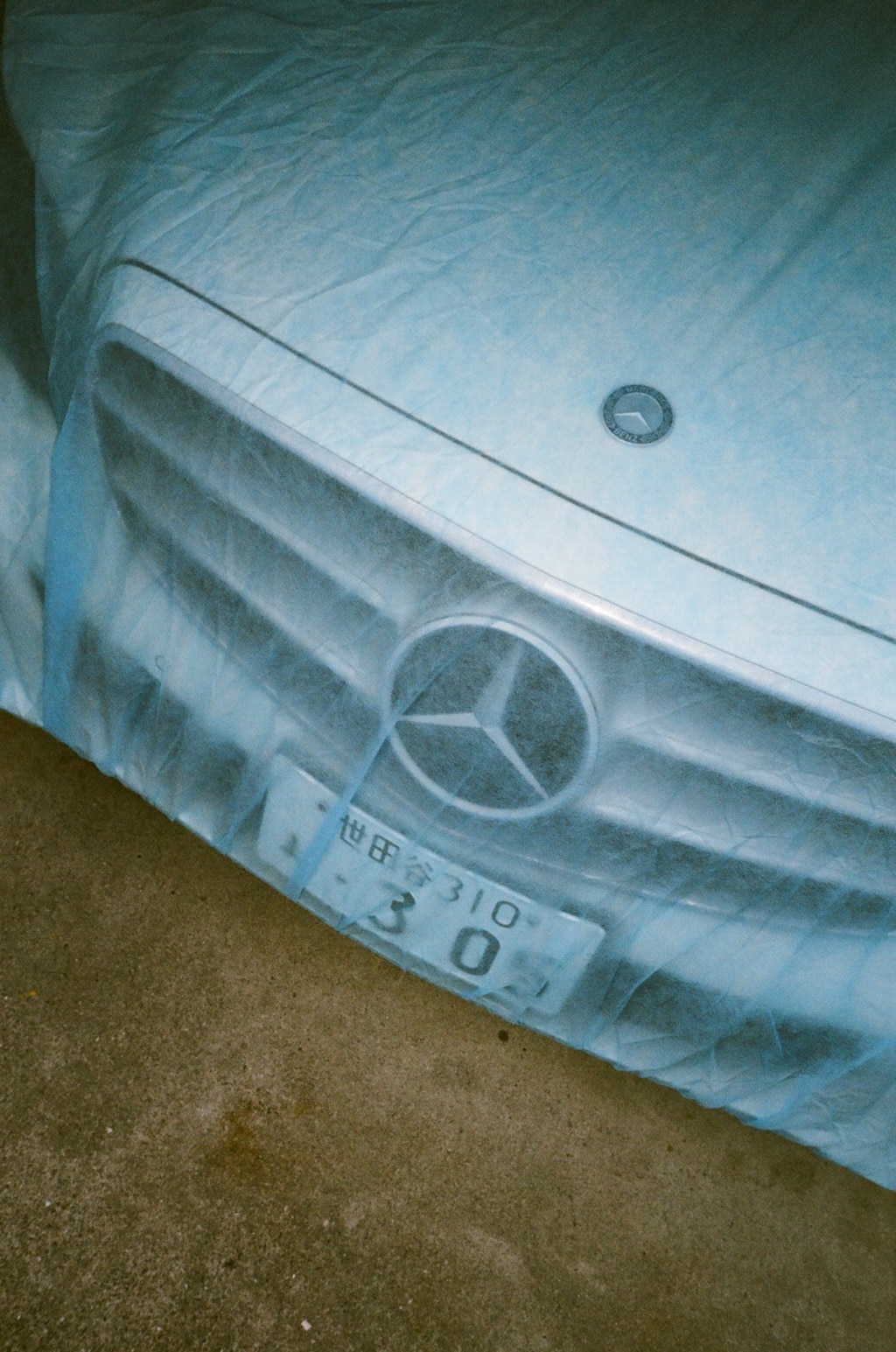 Is low carbon travelling achievable? We tested it out for you

Is low carbon travelling achievable? We tested it out for you

Approximately one hour into a 22 hour low carbon emission bus journey to Copenhagen and I am already squirming in my seat. The bus has only crawled 4 miles through traffic to Peckham from London Victoria. I am trapped inside a maths equation on a physics test where speed drew the short straw.

This is another kind of test, one primarily based on my patience and the coccyx I fractured slipping in a pool of gravy as a 15-year-old waitress. A marathon in sitting still. Don’t misunderstand my motivation for taking the bus, I love flying. The gut flipping thrill of take-off and cruising above the clouds could never grow old, but I can’t continue making empty excuses to justify taking multiple flights a year.

Catching a flight is the fastest way to deepen your carbon footprint. Even a cycling-addicted, energy-saving lightbulbs customer ruins any environmental kudos by taking two return flights to Europe plus one long-haul flight per year, according to the WWF carbon footprint calculator. Flying regularly is the privilege of very few, even in an era of low-cost airlines. It is estimated only approximately 18 percent of people worldwide have ever taken a flight. The percentage flying regularly is much smaller. This means a tiny proportion of people are responsible for a staggering amount of damage. But is long-distance low carbon travel an even further unreachable privilege?

In 2019, choosing a less carbon-intensive mode of travel involves adjusting the balance between speed, distance, and time, meaning you spend more time travelling. Where carbon is saved, time is lost. Unfortunately, I am neither a wealthy member of the Swedish Flygskam movement (meaning ‘flight shame’ in Swedish, a movement that prides itself in travelling by train instead of flying) nor organised enough to book six months in advance. Last-minute trains are expensive so rather than fork out £400 for a single train journey three weeks in advance, I decided to face a 22 hour budget coach to Copenhagen, followed by a surprisingly cheap 6 hour train to visit a friend in Stockholm.

On the cross-continental Flixbus journey, my sense of space-time isn’t distorted like on a flight. Aviation has graced us with an ethereal disconnect from travelling long distances. The wizardry of modern aeronautical engineering has emancipated us from the earth and sea. We can board a plane at breakfast and arrive hundreds, or even thousands of miles away before lunchtime.

Unfortunately, this has consequences—the speed necessary to launch an 80 tonne Boeing up and across vast distances in relatively little time involves an incredible release of energy. Energy that currently comes from burning carbon-rich fossil fuels and releasing hundreds of pounds of CO2 into the most vulnerable parts of the atmosphere, exacerbating climate change. The Intergovernmental Panel on Climate Change (IPCC) estimates “that the climate impact of aircraft is two to four times greater than the effect of their carbon dioxide emissions alone.”

The overnight trip from Antwerp to Copenhagen is long. I manage 6 hours of sleep before my neighbour’s alarm inexplicably goes off at 5.45am, waking up the entire bus while he snoozes on. Bleary-eyed, I look outside. We are trundling across the Baltic sea, over the Storbæltbaren sea bridge, which connects the Danish island of Funen to the Øresund region and Copenhagen.

I guess this is what Canadian journalist and ‘slow movement’ advocate Carl Honoré means about ‘savouring the journey’ by ‘slowing down life’s pace’. As the bus rolls on, I do find myself appreciating this extended opportunity to settle into a different pace, to read, to gaze outside at the world passing by, to listen to podcasts. I feel calmer. A little achy. After a grim start in London, I am sold on the benefits of slow travel after taking the final stretch by train to Stockholm. The train is luxuriously comfortable and I have been chatting about Orkney with the 60-year-old French primary school teacher sitting next to me. She is also taking a flightless journey from her home in Brittany to holiday in Northern Sweden. As we talk, the train hurtles through the hazily idyllic Swedish countryside dotted with lakes and red summer houses.

Gen Z and millennials are under so much pressure to be the best version of themselves in every sphere of life; it is easy to get sucked into the ‘cult of busy’ and constant self-improvement. Slow travel is an opportunity to let go and exist at a different speed, if only for a little while. True relaxation is one without the guilt of knowing your actions are helping mess up the planet for millions of people in the Global South who have never taken a flight, but will experience the worst consequences of climate change. Keeping that in mind, I’m no saint and decided to catch a flight back to the U.K. in the end.

The present practicalities of travelling like this with a full-time job and a holiday allowance of 20 days a year are tricky to navigate. Cultural changes like a four-day working week, investment in decent train infrastructure and timetabling, and avoiding a ‘last-minute dot com’ approach to holidays and work travel would help. But in the short-term, recognising the extreme privilege it is to fly and avoiding it as much as possible is a start.