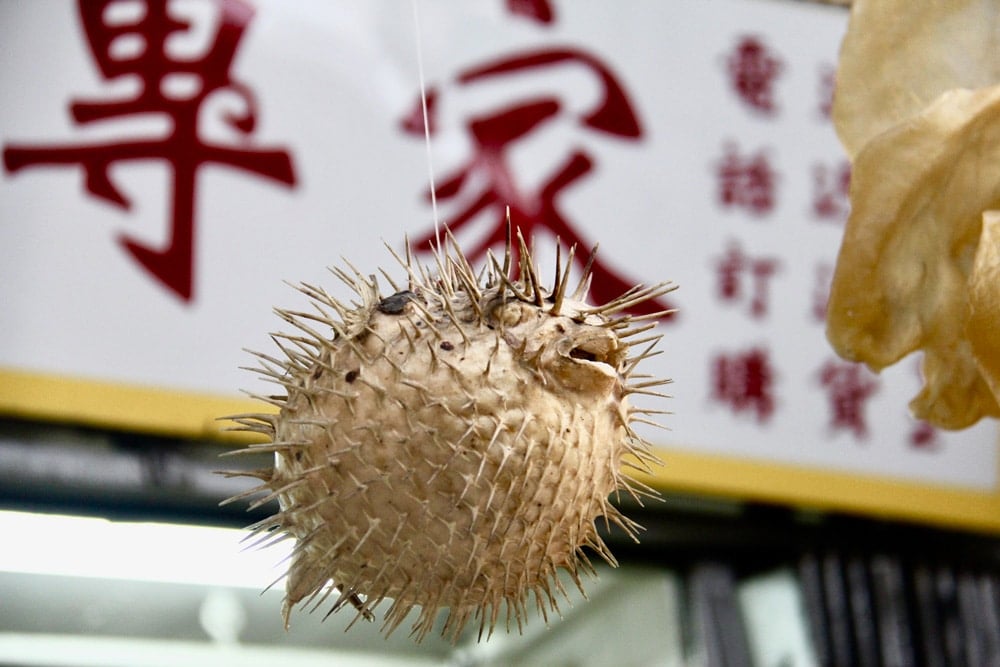 There are many conflicting opinions on whether the coronavirus pandemic is improving or aggravating our fight against the climate crisis. At first, people were quick to celebrate the lockdowns put in place in many countries—they meant less air traffic and impressive CO2 emission cuts. But as time went by, the media started changing its headlines. Despite the economic slowdown, greenhouse gases were still being emitted and recycling schemes put on hold. So, is COVID-19 having a positive or negative impact on climate change?

The widely-reported benefit of the pandemic has been cleaner air in countries such as China and some European countries. In a matter of months, transport networks and businesses have closed down, which resulted in a sudden drop in carbon emissions. A month ago, the BBC reported that “levels of pollution in New York have reduced by nearly 50 per cent compared with last year” because of the measures put into place in order to contain the virus.

Both China and Northern Italy have also recorded a decrease in nitrogen dioxide, an air pollutant that contributes to climate change. Energy use drastically dropped in China over a two week period. As many experts predicted that COVID-19 would impact CO2 levels for the whole of this year, things looked good for the planet and most people were glad to welcome this tiny bit of positive news. But as we’ve seen more recently, the pandemic has also had some serious negative consequences on climate change.

While people working from home means a decrease in overall emissions, it also results in an increase in electricity use and home heating and a surge in the amount of garbage produced by each household. People stuck at home are increasingly shopping online and ordering food to be delivered to their door, both of which come with a lot of packaging.

Shops and businesses that once preached the use of reusable bags and containers are now advising customers to switch to single-use packaging and bags despite the fact that single-use plastics can still harbour bacteria. At the beginning of March, Starbucks announced that it would temporarily ban the use of reusable cups in its coffee shops.

In other words, the plastic bag ban that was implemented in many countries is no longer being followed in order to slow down the spread of COVID-19, but also because people have ‘more important things’ on their minds right now.

Medical waste is also on the rise

As hospitals become overwhelmed with the increasing number of patients in need of care, the demand for personal protective equipment (PPE) has in turn surged. As a result, COVID-19 is generating tons and tons of medical waste.

According to Bloomberg in The Unexpected Environmental Consequences of COVID-19, during the outbreak hospitals in Wuhan, where the pandemic first broke out, produced an average of over 200 tons of medical waste per day, up from its previous average of less than 50 tons.

With more plastic and medical waste being generated, countries have also decided to halt recycling programmes. In the US, some cities have done so as officials are worried about recycling centres potentially spreading the virus. In some European countries, waste disposal options have been paused indefinitely. Of course, the safety of sanitation workers should be our priority, but Italy went as far as banning any infected resident from sorting their waste at all.

So is it good or bad?

Although it is true that the coronavirus outbreak has had one positive effect on our carbon emissions, it would be shortsighted to say that it will improve our environmental impact generally. After the financial crash of 2008 and 2009, global emissions dropped for a year because of the reduced industrial activity but quickly went back up as countries turned to fossil fuel for a quick and easy fix.

Right now, most of us are struggling to breathe as the planet is finally getting a breath of fresh air. And as twisted as it sounds, the worst is yet to come, environmentally-speaking. Once we start coming out of our houses again, the world will have to wake up to another problem: a garbage and recycling crisis. 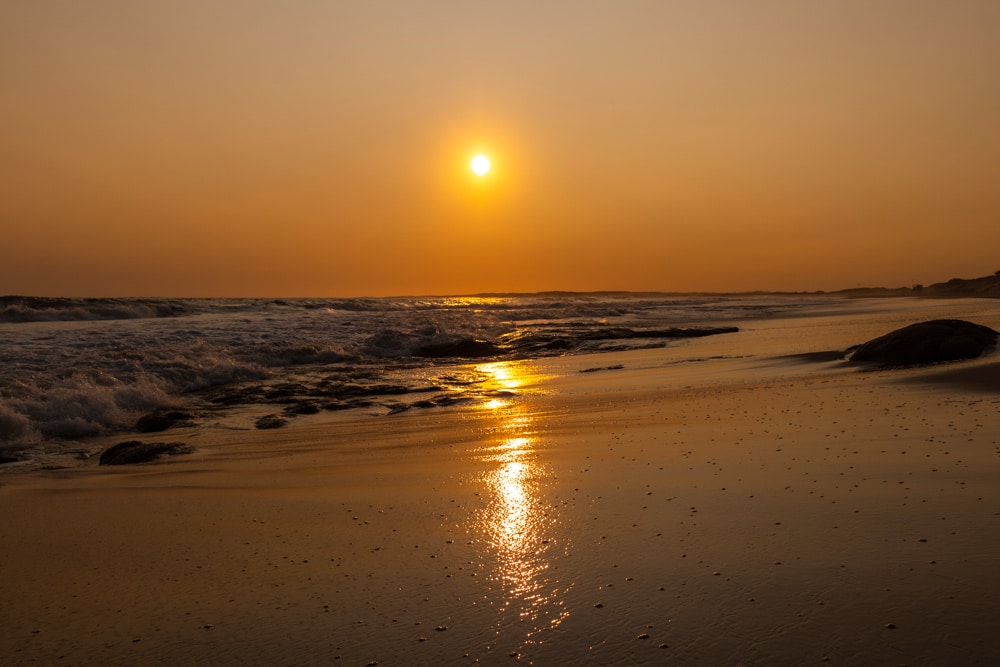 I got stuck in Thailand because of COVID-19. Here’s how I made it back home

Imagine being on a beautiful lake, surrounded by nothing but glistening water and rich greenery—sounds dreamy, right? This was how I described the beginning of my holiday in Thailand to my friends. But what should have been a relaxing and surreal experience soon became a desperate attempt to get back home in the midst of the COVID-19 pandemic.

At first, it seemed like my trip was not going to be affected. To me, Thailand had better control of the situation than other countries, until I heard about the travel ban Trump had imposed on Europe. It was a trigger. Suddenly the gravity of the situation hit me. Here’s how COVID-19 impacted my holiday and how I made it home.

Maybe it was the language barrier or just my lack of awareness, but the situation in Thailand didn’t worry me to begin with. Yes, people were wearing masks and going a little crazy with the hand sanitiser—rightly so—but overall, things appeared to be pretty relaxed. This was nothing in comparison to the alarming frenzy that was taking place in the UK. With news of travel restrictions changing daily, my bubble was burst. The panic was setting in and there was no outrunning it. Finally, I started thinking about going home. I was willing to cut my holiday short, but how was I going to get home exactly? My flight had been cancelled, I was left in the dark as to what to do.

With barely any internet available where I was, the situation became unnerving and only increased my many speculations. It was all I could speak about and I had long forgotten the beautiful scenery and the wild animals.

I was stuck in the middle of the jungle and although everyone did their best to play it cool, the worry was written all over their faces. The fact that we might not be able to get home became a real possibility.

It’s such a strange feeling, trying to enjoy and take in everything in front of you but still having this nagging worry at the back of your mind, growing uncontrollable. The anxiety was crushing me and my mental health took a blow.

Eagerly awaiting to leave the jungle in order to establish some sort of connection with the outside world was already a hard task. But my need for some news was crippling. As soon as I connected to a nearby Wi-Fi box, messages from loved ones asking me to give them news from Thailand and news articles flooded my phone.

I had been planning this trip for months and there was much more to see but I had made my decision; I was ready to go back. Yet, still, I somehow expected everything to fall into place. Coming from the UK to Thailand had been so easy, how hard could it be to book a flight back to London?

In order to change the date of my flight back to the UK, I called the airline, which informed me that my flight had been cancelled in anticipation of upcoming travel restrictions. After endless calls with the travel agency, hours and hours of being put on hold, I was left with no answers and decided to try online chats instead.

Airlines and agencies were drowning in panicked requests from tourists trying to get back home. It was chaotic—one agent would say one thing and the other would say the opposite. One told me that there weren’t any available flights before April, while another one told me that I could have one of the last seats for  £1,500.

On numerous occasions, I believed that I wouldn’t be leaving Thailand. It was easy to let myself imagine living out there, the weather was amazing, people were friendly and the cost of living was incredibly cheap. If it hadn’t been for my constant checking of the news on my phone, I could have happily stayed right where I was.

I decided to make the 6-hour journey to the airport without knowing what I would do once there.

The airport was crammed with distressed people queueing up at a few help desks. To me, the panic on people’s faces was calming. Knowing that I wasn’t alone in this situation made me feel better. In the end, I took a gamble and booked the first flight back to the UK I could find even though no one knew if it would get cancelled. It didn’t and I made it back home.

As many tourists are still in Thailand while the country is under lockdown, I am grateful to be in my own home. For now, I am still in quarantine but this feels like a small price to pay for safety.