Bernie Sanders drops out of the 2020 presidential race. What to expect next? – Screen Shot
Deep Dives Level Up Newsletters Saved Articles Challenges 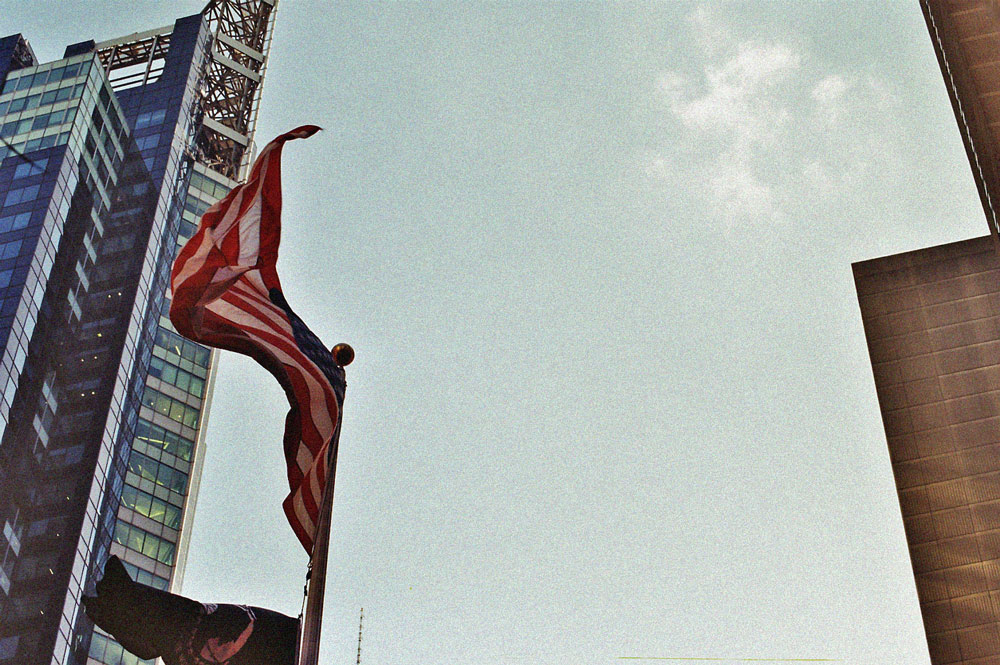 Bernie Sanders drops out of the 2020 presidential race. What to expect next?

To the dismay of millions of Americans, Senator Bernie Sanders of Vermont announced Wednesday that he will be suspending his bid for the presidency, making former Vice President Joe Biden the presumptive Democratic nominee for the November 2020 elections. Why did Sanders suspend his campaign and what does it mean exactly for Biden’s election chances?

Although Sanders initially emerged as the front-runner, securing victories in Iowa, New Hampshire and Nevada, the scales quickly tipped in Biden’s favour as he defeated Sanders in several key states, including South Carolina, Michigan and Florida. In a live-streamed address to his supporters, Sanders announced that the lead secured by Biden makes the gap between the two insurmountable, and that in the midst of a pandemic that requires his attention as a Senator, he “cannot in good conscience” remain in the presidential race with no path to victory.

Suspending the campaign was clearly a tough decision for Sanders to make—one that was contested by some of his top advisers. Sanders agreed, however, to stay on the ballots in the states that have yet to vote in the primaries. “While Vice President Biden will be the nominee, we must continue working to assemble as many delegates as possible at the Democratic convention, where we will be able to exert significant influence over the party platform and other functions,” Sanders said in his address.

There are numerous factors that contributed to the decline of Sanders’ initial soar. For one thing, the voter-base he appeals to most strongly, people under the age of 45, reportedly vote in fewer numbers. Furthermore, Biden enjoyed a surprise coalescence of other moderate Democratic presidential candidates, when several of them dropped out of the race and endorsed him right before Super Tuesday.

But most notably, Sanders’ campaign has been badly hit by the COVID-19 pandemic, which threw the country into disarray, instigated a health and economic collapse and hindered the Democratic presidential race. As was seen in the 2020 Democratic Party presidential primaries held since the outbreak of the virus in the US—confusion, misinformation, random closing of polling stations and refusals of state governments and Supreme Courts to ensure that people can vote remotely has resulted in a chaotic election process that effectively disenfranchised many voters across America (particularly voters of colour).

Unlike Biden, Sanders did not prod his supporters to go cast their ballots at in-person polling stations out of concern for their health. He also pressed to delay the upcoming primaries, stating that the virus both places people at risk and tampers with the election process, but his requests were rejected.

As the presumptive nominee, Biden will have to work hard to heal the deep divisions among Democrats and position himself as a viable rival to President Trump in November. So far, Biden has failed to generate enthusiasm around his candidacy or present policy proposals that make him stand out. His lacklustre performance and conduct make many worry that he will not be up to the task of taking on an aggressive bully like Trump. Biden’s ungainly response to the COVID-19 outbreak, and his steadfast refusal to advocate for universal healthcare also discourage many Americans from supporting him.

Biden’s most critical challenge now will be to win the trust of America’s younger generations, who are disproportionately supportive of Sanders and who overwhelmingly view the former Vice President as a puppet of the corporate and political establishments who will preserve the status quo.

Following Sanders’ announcement, a group of eight different organisations representing young people sent a joint letter to Biden in which they reminded the former Vice President of the strategic significance of their electoral base and called on him to incorporate progressive issues popular among America’s future generations into his agenda. Among the group’s requests from Biden were his commitment to push for universal healthcare, restructure the nation’s immigration mechanisms, adopt a $10 trillion Green New Deal, and appoint progressive-leaning politicians to his transition team.

As Sanders terminates his bid for the presidency, it is important to recognise the monumental impact of his campaign. Over the past five years, Sanders has been instrumental in shifting the public consciousness and Democratic establishment toward the left. He has brought formerly ‘fringe’ ideas—such as universal healthcare and workers’ rights—as well as unapologetic critiques of capitalism to the mainstream national discourse.

Sanders’ campaign slogan ‘Not me. Us.’ aptly encapsulates his campaign’s core function—building a movement; a nation-wide, diverse grassroots coalition of millions of individuals and countless groups that made tackling systemic injustices their primary goal. It is critical that this movement continue to grow, and that the takeaway from this current crisis will be a collective yearning for vast societal, political and economic changes. As Sanders said, “While the path may be slower now, we will change this nation, and with like-minded friends around the globe—change the entire world.” 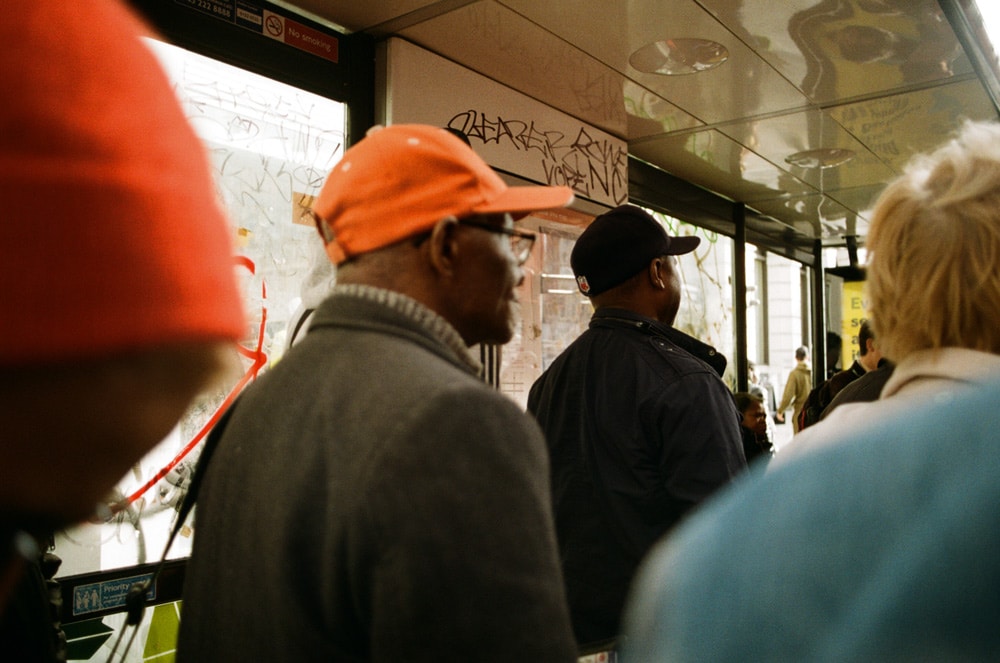 How is the coronavirus pandemic affecting the 2020 Democratic primaries?

COVID-19 is throwing a wrench in the already-dramatic 2020 Democratic presidential race in the US. With a slew of states postponing their election dates and the candidates unable to maintain their presence on the campaign trail, the road ahead becomes all the more challenging and unclear—not simply in terms of who will clinch the nomination, but also regarding the implications this turmoil will have on the election system as a whole, the morale and trust of the American people and the looming battle against President Trump in November’s general election. How exactly is the coronavirus outbreak affecting the 2020 Democratic primary election?

As the spread of the COVID-19 became an imminent health threat to people across the US, 10 states and territories have announced that they will postpone their primary dates—Connecticut, Delaware, Georgia, Indiana, Kentucky, Louisiana, Maryland, Ohio, Puerto Rico and Rhode Island—and more are expected to do the same. Six of these states will join the five already scheduled for 2 June, making this date a second Super Tuesday of sorts, with an expected 822 delegates up for grabs on that day.

These changes in scheduling and the transition of the nation into a state of emergency seem to be having significant implications on the race. While former Vice President Joe Biden secured a seemingly insurmountable lead over Vermont Senator Bernie Sanders (having won 1,214 out of the 1,991 delegates needed to win the nomination compared with 910 won by Sanders), Biden’s momentum seems to be declining.

It began with Biden recklessly urging Americans not exhibiting symptoms to go out and vote on the last date of primaries back on 17 March (a move for which he received significant backlash). Then, as the US started morphing into one of the world’s epicentres of the pandemic and shelter-in orders or recommendations were issued across the country, Biden all but vanished from the public eye for days. With Trump making frequent (if obnoxious and bafoonish) addresses to the nation on television, Biden’s silence became all the more deafening.

Over the last couple of days, Biden has tried to resuscitate his position; he addressed voters from his basement in Delaware and then gave a televised interview on CNN. Both appearances, however, were underwhelming and largely uncovered by mainstream news outlets. The former VP is facing pressure to step up his game by both voters on the ground and Democratic donors and party leaders who still view him as the only viable nominee at this point.

Bernie Sanders made a point

All the while, Senator Sanders has been galvanising his base of supporters, making the case that universal healthcare and social safety nets for low and middle-income people are absolutely crucial in order to avoid an utter collapse of the nation. Sanders has been holding frequent video conference calls with various leaders and experts, which are live-streamed on social media and have so far garnered millions of views. And although a great many voices in Democratic circles argue that the responsible thing to do would be for Sanders to drop out and endorse Biden, it seems that Sanders’ presence on the scene injects much-needed optimism and energy into young Americans at the darkest of times and crucially centres the conversation around the benefit of the people as opposed to the welfare of corporations.

It seems that the significant upheavals in the primaries have their pros and cons. On the positive side (if one can use the term positive under the circumstances), postponing the primaries and clustering many of them in one day gives residents of more states an opportunity to have a real voice in determining who the nominee will be. Delaying the voting dates also means that polling stations wouldn’t have to be randomly and promptly shut down as a result of the virus, which was the case in Arizona on 17 March and proved to be an absolute disaster.

Yet, the blunt manner in which the race was brought to a halt and the uncertainty prevailing ever since arguably hampered the sense of urgency and dedication that characterised the primaries so far. Voters are in survival mode right now, and may, understandably, pay less attention to the Democratic race, despite the fact that four more years of Trump could exacerbate an already dire situation for most Americans. Furthermore, Biden’s wobbly appearance and his failure to position himself as a source of hope and leadership in contrast to Trump severely injure his candidacy and lower his already slim chances of being able to unseat the President in November.

Finally, this unexpected turn of events shines a spotlight on the serious flaws in our election system, such as the absurdity of spreading out the primaries over months through a process that all but deprives millions of voters of voting their conscience or even participating in the race at all. It also highlights the urgent need to modernise the system and make voting by mail (an option currently offered in a handful of states) a viable possibility for all Americans.

As we battle the grave difficulties brought on by this pandemic, let’s remain engaged in this fateful race and not lose sight of what’s at risk. Now more than ever we must hold our leaders accountable to the task they’ve been entrusted with—caring for the public they represent.