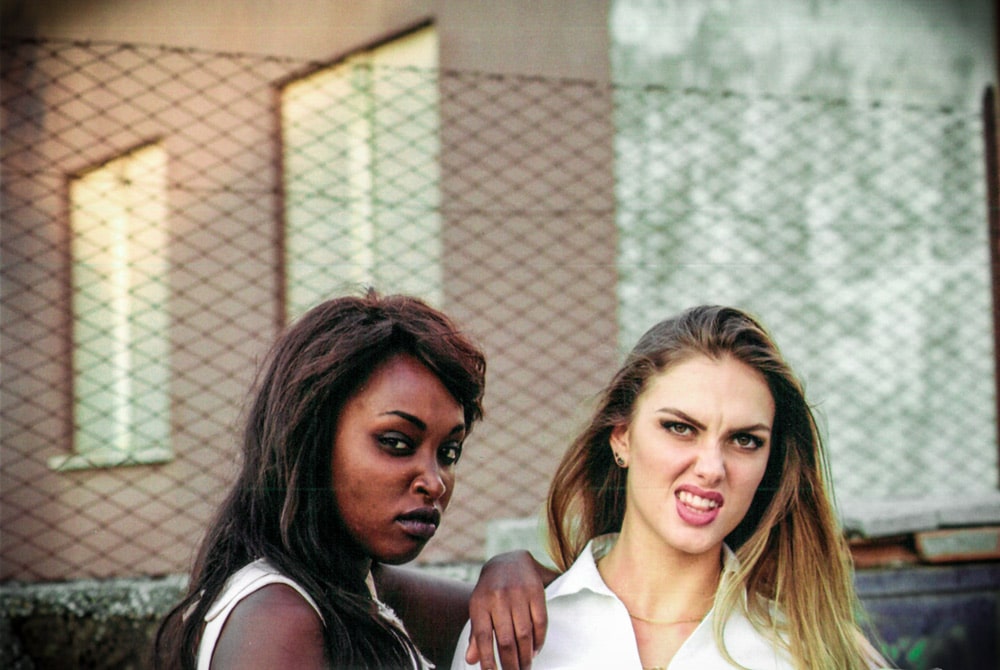 The UK announces a new points-based immigration system. Here’s what to expect

The post-Brexit immigration system has been announced and, to say the least, people are not happy.

A new points-based immigration system will apply equally to everyone coming into the country, where, currently, the EU provides freedom of movement and non-EU countries are already subject to an existing points-based system.

The Home Office describes this as “a firm and fair points-based system that will attract the high-skilled workers we need to contribute to our economy, our communities and our public services.” It should be noted that the rules for “family reunion, asylum and border crossing checks are outside of the points-based system,” and will not be changing. The policy statement specifies that the government will “not implement a route for lower-skilled workers.” To put it simply, the Tories want to reduce immigration numbers.

With this new immigration system, higher income jobs are prioritised: a salary of £23,040 to £25,599 counts for 10 points, out of the 70 needed in total, and a salary of above £25,600 counts for twice that. Proficiency in English counts for another 10 points. A PhD relevant to the offered job counts for 10 points, while a STEM PhD counts for 20, in order to encourage academics. Jobs in “shortage occupations” will also count for 20 points; this would include jobs in the health sector, for example, although this list will be flexible, allowing “immediate temporary relief for shortage areas.” It does make sense—or so the Home Office claims.

Who’s going to replace the seasonal labour in the agricultural sector? What about the thousands of EU migrants who work in the “low-skilled” areas of care and sanitation? Tories have pointed out that there are millions of British people who could fill this employment deficit, but, generally, they fail to acknowledge that the vast majority of this group are students, retired, carers or unfit to work. The National Farmers’ Union of England and Wales (NFU) has already warned that food prices may rise under these proposed plans. “Failure to provide an entry route for these [seasonal] jobs will severely impact the farming sector,” warned NFU president Minette Batters in a statement.

The plans were announced by Home Secretary, Priti Patel, who was called out on LBC Radio by presenter Nick Ferrari for the fact that Patel’s own parents, who migrated to Britain from East Africa, would not have qualified under these new proposals. She responded: “This isn’t about my background or my parents,” and added, “This is the point. We are changing our immigration policy to one that’s fit for purpose for our economy, based on skills.”

“Immigrants built Britain. Now their Conservative children are disowning them,” surmised Nesrine Malik in The Guardian. “The new immigration rules will not only hurt the country economically,” she writes, “they give a glimpse into a new world that is taking shape, one where non-elite jobs are stripped of all honour, virtue and value.”

The risk here—which has been pointed out repeatedly, already—is conflating “low-skilled” with “low-waged”, as well as focusing too much on economic, rather than social and cultural contributions. What makes a skill? Those in charge of this country don’t seem to know the answer to that question, and that’s worrying.

Moreover, the government wants the “best” migrants, but what makes a good migrant? Political journalist Marie Le Conte notes that “a points system […] shows a fundamental misunderstanding of the mindset of most immigrants, either by design or by mistake. Many successful people in the UK did not already have a brilliant career elsewhere. They came here first and built their fortunes afterwards.”

In the postwar period, patterns of British immigration have changed dramatically and repeatedly, from colonial and postcolonial immigration to the freedom of movement the EU provided for several decades. I don’t know what data the government has (that the rest of us don’t have access to), which means they know how our economy is going to develop in the next few decades.

My dad’s parents, who were born and raised in Fiji, migrated to London in the early 1960s. My grandfather would have counted as a “high-skilled” worker, though, as a dentist who qualified at Edinburgh University, as part of a Commonwealth scheme. Would such students be able or willing to come over nowadays? My grandparents were both born under the British Empire; there are no such considerations anymore.

I hate to give the Tories any credit, but they are doing a wonderful job at making this country an unattractive place to migrate to. Maybe this is their ultimate plan, to reduce migration by making no one want to migrate here and then blame the lack of migrants on the resultant issues. Either that or they’re waiting for the “illegal”, temporary migrants to be scapegoats for all their failings as a government.

I’m no expert on this issue, but this current plan is doomed to go badly. I hope that the government amends its plan as soon as possible before it starts getting ugly.

After a tumultuous summer break, during which an impeachment inquiry was officially launched against the President, the US Supreme Court sat for a new session. “Equal Justice Under Law,” reads the motto of the court, emblazoned across the facade in Washington, DC. On the second day of this session, Tuesday 8 October, the court heard two arguments regarding key cases for LGBT+ rights in America—perhaps the most important ruling since the US legalised same-sex marriage in 2015.

The first argument, which combined the cases of Bostock v. Clayton County and Altitude Express v. Zarda, examined whether or not an employee could be fired because of their sexuality. Donald Zarda, a skydiving instructor from New York City (who died in 2014 but is represented by his family), and Gerald Bostock, who worked in child welfare services in Georgia, both claim to have been fired because of their sexual orientation. The court also heard the case of Harris Funeral Homes v. the Equal Employment Opportunity Commission (EEOC), in which Aimee Stephens says she was fired by the Michigan-based funeral home for coming out as transgender.

The law in question is the Civil Rights Act of 1964, a landmark piece of civil rights legislation that “outlaws discrimination based on race, color, religion, sex, or national origin.” It was proposed by President Kennedy in 1963 but was initially opposed in the Senate. It wasn’t until after JFK’s assassination that it was passed through Congress and signed into law by President Johnson in July of 1964. It was one of JFK’s lasting legacies: “No memorial oration or eulogy could more eloquently honour President Kennedy’s memory than the earliest possible passage of the civil rights bill for which he fought so long,” Johnson appealed to Congress. Since then, the Act has been crucial in deciding various key cases of outright and institutionalised racism and sexism. But what about homophobia and transphobia?

All three cases have been through the various federal appeals courts, most of which have interpreted the law to exclude discrimination against LGBT+ people. However, two courts in New York City and Chicago recently ruled the other way. Conservative critics often frame these debates as sexuality and gender identity—decreed to be ‘a choice’—against religious freedoms, with discrimination based on religion protected by law.

The crux of these cases before the Supreme Court is to what extent, if any, does this law apply to matters of sexuality or gender identity. It all rests on the word ‘sex’, with all its sticky associations and divergent meanings. The courts are not there to make laws, but merely to interpret existing law. Any amendments or alterations to the law, such as the addition of sexuality as a basis for discrimination, must be passed by the legislative branch, i.e. Congress.

The attorneys involved thereby had to argue on the basis of sex. Pamela Karlan argued in the first case that “When an employer fires a male employee for dating men but does not fire female employees who date men, he violates Title VII. The employer has discriminated against the man because he treats that man worse than women who want to do the same thing.”

Meanwhile, David Cole argued on behalf of Aimee Stephens, calling for a more modern understanding of the word ‘sex’, without complete revision, claiming that “none of these arguments ask this Court to redefine or update sex. They assume, arguendo, that sex means at a minimum sex assigned at birth based on visible anatomy or biological sex.”

Justice Sonia Sotomayor, one of the liberal judges on the bench, asked “at what point” a court could “continue to allow individual discrimination”. She continued, “We can’t deny that homosexuals are being fired just for who they are.”

Twenty-one states have passed laws that offer LGBT+ employees the necessary protections, but the Court’s eventual opinion will have huge implications for those who live in the other twenty-nine. Human Rights Council press secretary Charlotte Clymer told the BBC, “It’s not about religious freedom, it’s about pushing LGBT people out of the public square.” An affirmative ruling would immediately provide a precedent for necessary and widespread protections, whereas a verdict that fails to uphold the decision of the Chicago and New York courts might be seen to legitimise workplace discrimination, or worse.

Last week, Judy and Dennis Shepard, the parents of Matthew Shepard, who was beaten to death in 1998 in one of the most horrific homophobic attacks in recent history, harshly criticised the Trump administration’s stance on these issues. In a letter read aloud at a Justice Department ceremony marking the 10th anniversary of the law named in part for their son, they singled out Attorney General William Barr—who was absent at the event—in particular for failing to adequately protect transgender people in America.

“If you believe that employers should have the right to terminate transgender employees, just because they are transgender, then you believe they are lesser than and not worthy of protection,” they wrote. “Such blatant discrimination encourages bullying, vandalism and other acts of violence, encouraging close-minded people to push harder against those they consider ‘different’ because they don’t fit their preconceived notions of ‘same’,” they added. “Our son, Matt, was the result of that discrimination and violence when he was beaten brutally and left to die.” Many more are treated the same way, whether it is through emotional or physical abuse. Now, the decision to put an end to this lies in the Supreme Court’s hands.