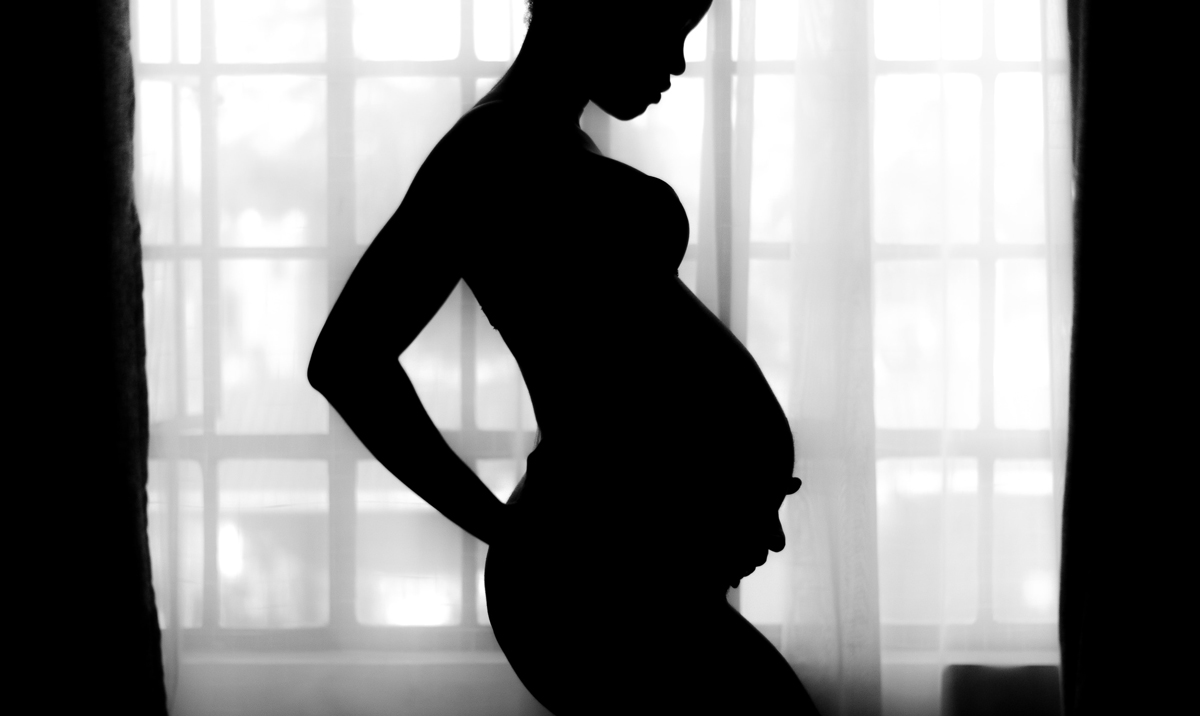 Should the medical use of marijuana during pregnancy be seen as child neglect? Arizona thinks so

A number of reproductive rights activists and organisations led and represented by the National Advocates for Pregnant Women (NAPW)—along with celebrity comedian Amy Schumer—have launched an appeal against the lawsuit branding Lindsay R. a child abuser. Her crime? The use of prescribed medical marijuana while pregnant to counter the symptoms of a life-threatening condition.

Charged with civil child neglect, Lindsay’s name was put on the Central Registry—a database comprising parents, guardians or caretakers who have been found guilty of child abuse or neglect—for up to 25 years. NAPW, alongside 45 other health organisations, medical and scientific professionals and activists, put forward a brief to the Arizona Court of Appeals to reverse the state’s action against Lindsay.

While pregnant, Lindsay developed a debilitating condition called hyperemesis gravidarum (HG). HG—which causes are still unknown—is a condition that develops during a pregnancy and can cause excessive nausea, vomiting, dehydration and weight loss. These symptoms can lead to a number of other health complications including, in the most extreme cases, pregnancy loss. In the case of Lindsay, her symptoms were so severe that she had to be hospitalised twice.

Although prescribed medication for HG by her doctor, Lindsay found no relief; fearful of miscarrying, because of the malnourishment her developing foetus was experiencing, she told The Daily Beast “[I] went to the medication that I knew helped me.” At the time of her usage (while pregnant), Lindsay was a certified patient of medical marijuana for more than a decade-long under the Arizona Medical Marijuana Act and the cannabis she used was medically prescribed.

However, the Department of Child Safety (DCS) ruled that although Lindsay was able to obtain medical marijuana while pregnant, this was not evidence enough to certify that the prescription had come from an actual doctor. Investigators also discovered that Lindsay had not informed many of her doctors nor the hospital that she was engaging in cannabis-use. This is something The Daily Beast reported that Lindsay admits to—citing that she was anxious about the stigma she would receive about her methods.

When she gave birth to her son on 4 May 2019, her delivery was a difficult one and her baby experienced many medical issues. Lindsay’s son was suffering from bleeding in the brain, strep throat and “jitteriness.” He was thus admitted to the newborn intensive care unit (NICU) and had his blood tested. The test showed a positive result for cannabis and led to the DCS being called. The Arizona DCS is actually where Lindsay worked and she was subsequently fired as a result. By being placed on the Central Registry for 25 years, Lindsay will be unable to work in her field of childcare.

In an attempt to appeal the decision against her, the DCS doubled down and the court upheld both the registry placement and charge of child neglect; the state went as far as to define Lindsay’s use of medical marijuna as “selfish behaviour that wrongfully ‘prioritis[ed]’ her own needs over those of her child.” However, reproductive rights advocates have vehemently disagreed with such claims.

Lindsay’s attorney Julie Gunnigle stated, “My client was the only one who presented any science. She [submitted evidence] showing cannabis is a choice to treat HG during pregnancy and that the risks to the fetus are not extreme.” Gunnigle continued in Lindsay’s defense, “Compared to the risks of the pharmaceuticals prescribed for HG that weren’t working, or the risk of having untreated HG, which is a one in three chance of miscarriage? It’s minimal risk, and it’s a decision that she was completely entitled to make.”

Gunnigle makes a valid point in the comparison to pharmaceuticals. It has been reported that the blood test of Lindsay’s son also came back positive for Benadryl—a prescribed anti-anxiety medication—and caffeine. Advocates are arguing that other prescribed medications could have had an effect on foetus development and that the double standard for accepting pharmaceutical drugs and not drugs like cannabis is another indication of the War on Drugs. An investigator for the DCS, assigned to Lindsay’s case, admitted that none of her doctors were actually consulted about the effects of any other substances on the health of the baby.

The NAPW has cited scientific research on the medical use of cannabis for treatments in its bid to have the decision against Lindsay overturned. The organisation argues that studies have shown that the use of the substance is actually an effective medication to treat HG alongside peer-reviewed research which denies the claim that marijuana is harmful to foetuses. Will these findings be enough to clear Lindsay’s name? Who knows.

The NAPW believes this is bigger than just Lindsay’s case and is part of the wider war on the reproductive rights of women across the US. Remember Texas? Lindsay, defiant to clear her name, told The Daily Beast, “At the beginning [I was fighting] for personal reasons: I want to keep my job; I don’t want it on there that I neglected him.” She continued, “Now it’s become a fight for everyone else, so no one else has to go through this shit again. Because no one should have to.” 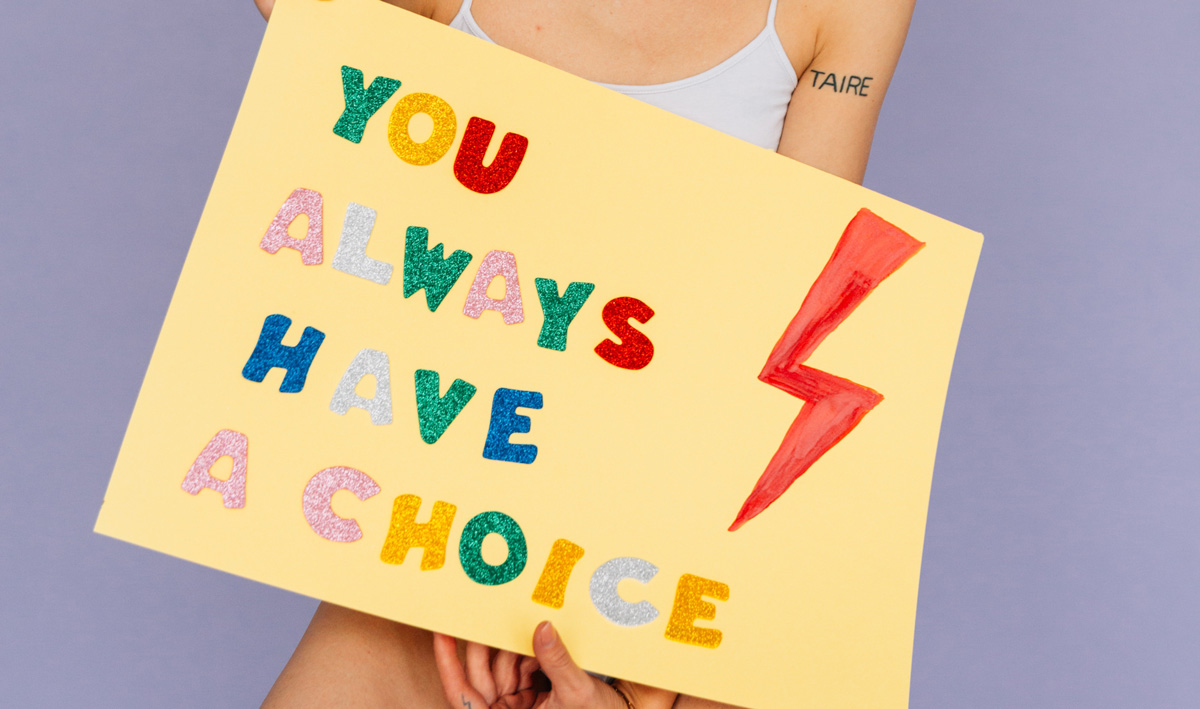 In Texas, reporting ‘illegal’ abortions is now rewarded with a $10,000 bounty

On 19 May 2021, Governor Greg Abbott of Texas signed into law one of the US’ most restrictive abortion measures, banning the procedure after only six weeks of pregnancy. Also known as the ‘heartbeat bill’, the legislature is this close to an outright ban on abortion, as many women are not aware they are pregnant at the six-week mark. Many other states in the country have passed such bans, but in Texas, things have become even more brainless.

“Ordinarily, enforcement would be up to government officials, and if clinics wanted to challenge the law’s constitutionality, they would sue those officials in making their case. But the law in Texas prohibits officials from enforcing it,” writes The New York Times. Instead, the State Legislature TX SB8 allows any private citizen—including those from outside Texas—to sue doctors or abortion clinic employees who would perform or help arrange for the procedure. The bounty? At least $10,000 per illegal abortion if they are successful, paid by the clinics themselves.

Citizens laying down the law instead of the state of Texas and being rewarded for it? Sounds like a modern adaptation of a Western movie set in 1880, and I don’t mean that as a compliment. The law will take effect on 1 September 2021, and until then, the fight for its obstruction looks near impossible. In simpler terms, it’s hard to know whom to sue in order to block it, and lawyers for clinics are now wrestling with what to do about it. Meanwhile in other states, six-week bans have all been blocked as they make their way through the court system.

While abortions have long been a controversial topic in America, it was, at least temporarily, laid to rest following the Supreme Court’s 1973 Roe vs. Wade decision, which granted women across the US the right to abort their pregnancy up until the point of fetal viability—which usually occurs after 24 or 25 weeks. Over the past decade however, pro-life activists, also known as the anti-abortion movement, have scored major victories in state legislatures.

“The 2021 legislative season has set the record for the most abortion restrictions signed in a single year in the United States, according to the Guttmacher Institute, which tracks abortion statistics and supports abortion rights,” writers The New York Times. With conservatives making up its solid majority, the Supreme Court has shifted too.

Not only is this new law backwards to say the least, it also undermines democracy in the country. In an open letter published this spring, more than 370 Texas lawyers called the law an “unprecedented abuse of civil litigation,” and said it could “have a destabilising impact on the state’s legal infrastructure.”

“If the barista at Starbucks overhears you talking about your abortion, and it was performed after six weeks, that barista is authorised to sue the clinic where you obtained the abortion and to sue any other person who helped you, like the Uber driver who took you there,” Melissa Murray, a law professor at New York University, told The New York Times.

In this instance, private enforcement is not in support of state enforcement; it is in lieu of it, a switch that surely cannot be good for democracy. Lawyers for the Texan clinics argue that a six-week abortion ban is clearly unconstitutional, and that the Texas law is designed to insulate the state from a challenge. Federal protection currently extends to pregnancies up to the point at which a fetus can sustain life outside the womb, about 23 or 24 weeks. The new law, if it takes effect, will make deciding constitutional rights issues much harder.

As of now, abortion is still legal in Texas. But the letter of the law isn’t nearly as powerful as the legal environment Texans now live in when it comes to abortion. SB 8 may not pass legal review, but it doesn’t have to—not if shaming and coercing people is the point. That’s already standard practice in the state.