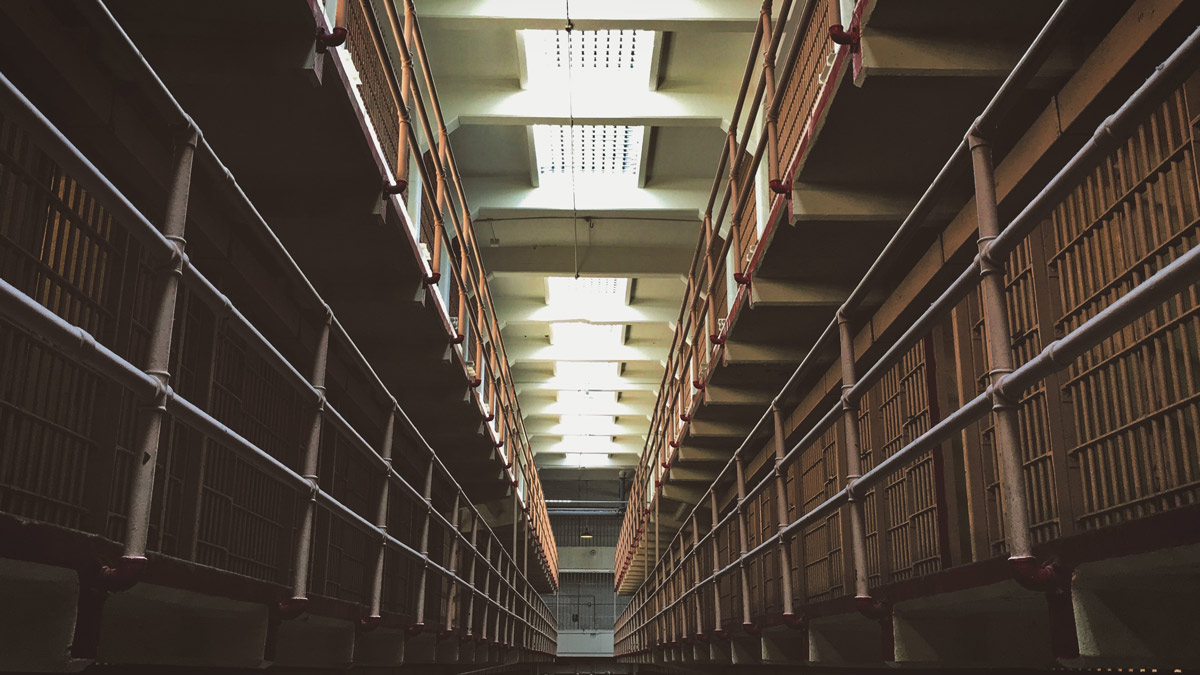 Seeking to tackle substance abuse in jails, prisoners will soon be granted access to pool tables, gym, work placements and more if they agree to go on drug-free wings and submit to regular testing, Dominic Raab, the Deputy Prime Minister and Justice Secretary of UK, has announced.

Pledging a major expansion of drug recovery wings, where convicts will also be provided with counselling and therapy to curb addiction, Raab explained that the new plan is part of the strategy to promote abstinence from drugs among prisoners as a replacement for methadone—a popular substitute for heroin which, according to the Justice Secretary, is increasingly leaving prisoners in a “zombie comatose” state where they are unable to take up training and work.

“One of the messages I am sending across the prison estate is that I want to massively drive up opportunities for getting offenders into work and get offenders off methadone… and into sustainable drug recovery programmes,” he told The Daily Telegraph, adding how all of these factors are linked. “You are not going to get offenders doing courses or into work if they have got high-level dependency and addictions—and methadone is highly, highly addictive.”

During his visit to Wandsworth prison in south London, which currently has a drug recovery wing and is creating new links with employers, Raab admitted that tackling substance abuse in jails and getting inmates into work are his “mission critical” priorities. While the job rate for ex-offenders currently accounts for only 0.8 per cent of a jail’s performance, the Justice Secretary plans to increase the same to 20 per cent—in turn, generating more funds, pay bonuses and autonomy for successful prisons and their staff.

Raab has also announced performance league tables for jails while the administration will be instructed to prioritise the employment of convicts. “We are setting Key Performance Indicators for all our prisons and there will be league tables and goals,” the Justice Secretary said in this regard. “It’s for funding or progressing to earned autonomy, which means greater latitude for governors to decide their regime.”

Seeking to create numerous incentives to achieve his ultimate vision, the new set of privileges will also include access to amenities like TVs and better kitchen facilities—apart from pool tables, gyms and the right to work. Raab additionally believes that the potential pool of recruits from prisons could also plug any post-Brexit skill shortages. “The point that Rosie Brown [chairman of Wandsworth prison’s EAB] is making is that it’s a fantastic Brexit opportunity to drive down re-offending by getting offenders into work,” he said.

“I don’t think you could curtail their sentence, but we want to create a virtuous circle of showing offenders how they can change their lives,” the Justice Secretary concluded. 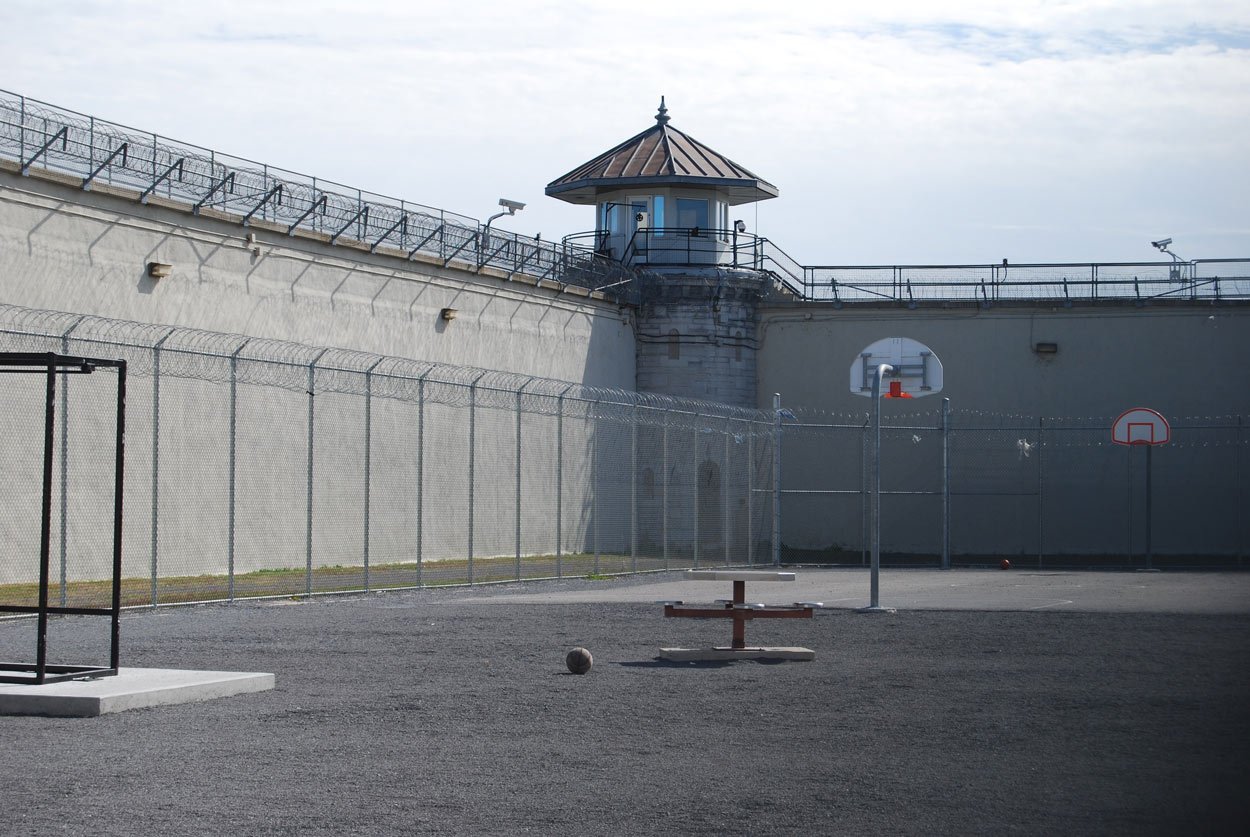 The first time Uzoma Orchingwa wrote a letter to a prison, he was in college, trying to reach an incarcerated childhood friend. The letter never arrived.

Communicating with inmates in America is notoriously difficult—physical addresses are different from mailing addresses, phone calls are exorbitantly expensive, and visiting a state facility requires a 100-mile trek, on average.

Orchingwa has successfully sent many letters since, and while writing his masters dissertation on criminology at Cambridge, he waded deep into research on prison reform—and concluded reforms alone won’t quickly solve the system’s many problems. Now he’s at Yale Law School building Ameelio, a digital platform that has already printed and shipped 22,000 letters to inmates and is preparing to launch a free video call system for jails and prisons. The Kickstarter campaign will help make it happen.

Ameelio is taking on a $1.2 billion communication service industry—mostly a duopoly between Securus and Global Tel Link. In all but 11 states, it’s legal for these companies to charge inmates punishingly high rates for phone calls, pocket margins of 50 per cent or more, and pay jails and prisons millions of dollars in kickbacks. Former FCC Commissioner Mignon Clyburn called the industry “the clearest, most glaring type of market failure I’ve ever seen as a regulator.”

America’s most vulnerable populations are paying for it. Families report spending up to $500 a month to stay connected, and one in three of these families is forced into debt paying for phone calls and visits alone. Family members who are not able to talk or visit regularly are much more likely to report experiencing negative health impacts related to a family member’s incarceration, and isolated inmates face increased challenges readjusting upon their release.

There has been new scrutiny on the issue in recent years, but with uneven progress. A phone call in a city-run Illinois jail, for example, costs 52 times more than a call from a state-run Illinois prison. “We don’t have one justice system,” Orchingwa explains, “we have 51 separate systems. Then underneath that we have counties that have their own stakeholders and incentives.” He hopes that his free communication platform will stop the cycle of overwhelmed administrators letting exploitative businesses into their facilities. “Basically our theory of change is establishing ourselves as a free alternative to the for-profit companies.”

To take on big businesses—and big technical requirements—Orchingwa started with a more straightforward product: a web and mobile app that lets users type letters and upload photos. Ameelio then prints, adds postage, and mails them at no cost. (The bootstrapped non-profit has gathered grants from Robin Hood, Mozilla Builders, and Fast Forward to cover expenses.)

“It made sense to start with letters because there’s very little barrier to entry and the vast majority of people who are incarcerated communicate through letters,” Orchingwa says. “We could bring it online, digitise it, and boost contact.”

As the team rolled out the initial app, interest spread quickly. Close to 50 per cent of Ameelio’s users come directly from referrals of people who are incarcerated—they’ll see letters others are receiving and call home to tell their community about the platform.

Criminal justice organisations soon learned about Ameelio as well. “We were building out this nationwide database because we want to make it easier for our users to find their loved ones and communicate with them. It hadn’t occurred to us that reentry organisations didn’t actually have much visibility either,” Orchingwa says. Even preeminent institutions like PEN America and Harvard’s legal clinics had very limited data and cumbersome mailing processes. The Ameelio team added new product features aimed at these types of users doing outreach and re-entry work.

Now, the fast-growing team is nearing their ultimate goal: a service for free video calls. Inmates will sign on with tablets that are either fixed in a supervised phone bank or available for checkout during visiting hours. The software will allow for scheduling, identity verification, and screenshots or video playback for security compliance. Orchingwa is finalising a pilot program with a mid-sized county jail and looking forward to future iterations that could add education programs and telehealth to the tablets and generate data supporting prison reform.

“We’re going to be able to provide metrics and be able to work with legislators to say, ‘Look, in Connecticut, we find that incarcerated people who have weekly access to their loved one fare much better.’ We should think a little more creatively about recidivism and sentencing,” Orchingwa says. “And we hope to be a technology service that can also do advocacy and accelerate legislative change.”