In her four years working in the adult film industry, she had performed in over 270 scenes for major studios, amassing over 600,000 followers on Twitter. Ames was also nominated for Best New Starlet at the Adult Video News awards of 2015—known as the Oscars of porn—and had been nominated for Female Performer of the year for the upcoming 2018 AVNs.

Of course, this shouldn’t be seen as a problem, but as Rolling Stone explained in an article, “Some performers and agencies share the view expressed in Ames’ tweet, that crossover talent is ‘higher risk’ for STIs than straight male talent.” Others see this standard as homophobic, as well as a flawed rubric for measuring safety.

On Twitter, other famous adult actors then decided to share their opinion on Ames’ controversial views and many, such as Wicked Pictures contract star Jessica Drake, pointed out that discriminating against someone based on their identity or history is not a more reliable form of protection than testing or PrEP.

According to many who work in the adult entertainment industry, crossover double standards come up all the time, a holdover from an era when less was known about curtailing the spread of HIV.

As a response, Ames continued to defend her views in a series of tweets, until her last one, “Fuck y’all.” Understandably, many who had witnessed the debate rolling out on the social media platform during her final days concluded this was what drove her to suicide.

Speaking to Newsweek after Ames’ death, Wheeler explained: “I made a horrible comment in my way of trying to say we just wanted an apology… I feel like the shittiest person in the world.”

As time passed, rumours slowly stopped going around. Until journalists Jon Ronson and Lina Misitzis decided to investigate Ames’ death and what led her to commit suicide through the podcast series called The Last Days of August, which was released on Audible on 4 January 2019, one month after the first anniversary of her death.

Attracted to the story’s social media and cyberbullying themes, both Ronson and Misitzis went through a series of interviews with Ames’ friends and family as well as renowned names in the adult entertainment industry (some of whom wished to remain anonymous).

Shortly after her first homophobic tweet, Ames had tweeted to apologise if that what the impression she gave and tried to reassure her audience that she was only concerned about her ‘safety’. In the podcast, Moore explains that Ames wasn’t homophobic, but wasn’t scared of getting HIV either. Instead, he shares that she only didn’t think it was right for her to have sex with someone gay, someone who may not be attracted to her. Needless to say, this contradictory explanation seemed dodgy already.

Although The Last Days of August doesn’t offer listeners a definitive answer for why Ames committed suicide, its seven episodes point towards all of the different ways the performer was mistreated by her peers, her loved ones, and the industry as a whole.

Performers felt alienated and struggled to find practitioners who offered sex-friendly mental health support. Unfortunately, this is still the case for many sex workers, and Ames’ story is just one among many. She had previously opened up about her history of depression and bipolar disorder, as well as the struggles she’d faced attempting to find a therapist.

Stigma, fear, and trauma had already led her to consider suicide. Online bullying was the last straw. 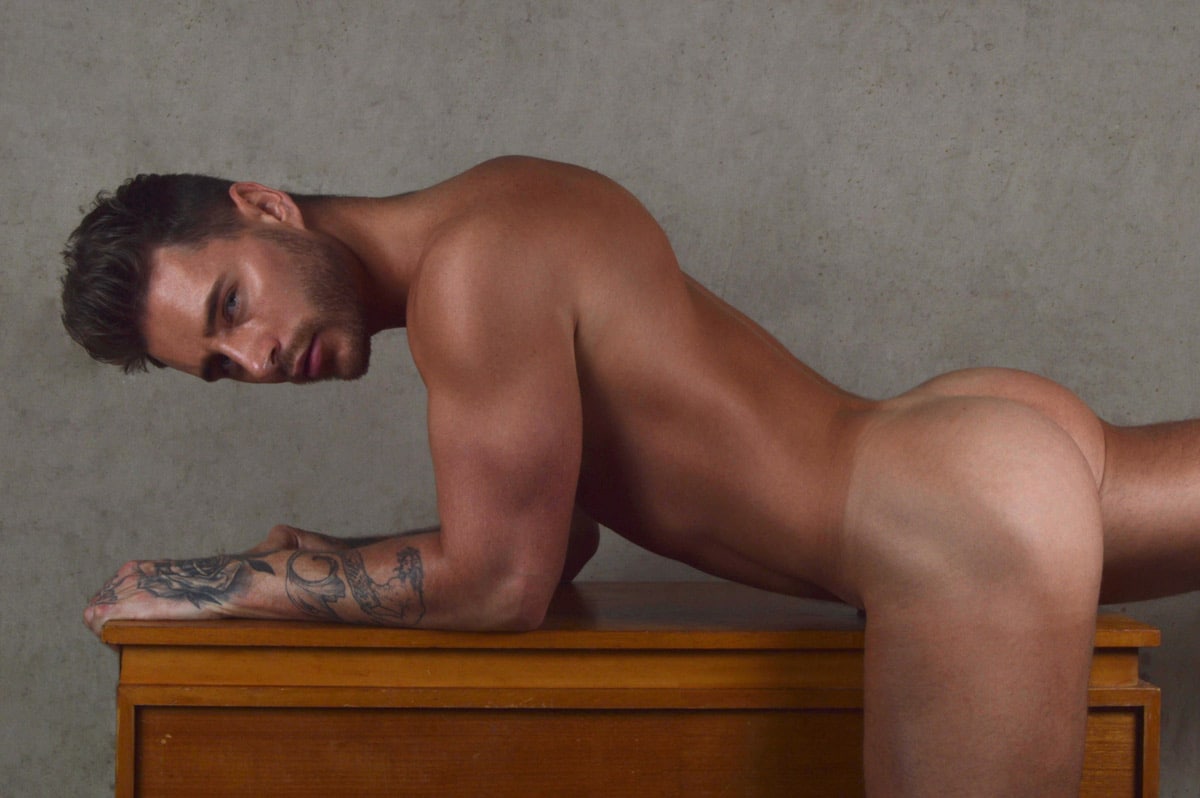 Adult film actor Josh Moore celebrates his sexuality and identity both on-screen and in real life. As an OnlyFans creator, he stands up for sex workers’ rights while challenging stigmas surrounding HIV. Moore has perfected the art of ignoring haters and carried on being his fabulous self by always speaking up.

That’s why for Anti-Bullying Week 2020, Moore sat down with Screen Shot to speak about online bullying and the impact it has on people’s well-being in support of the Not Just A Comment campaign. He shared more about the ways he deals with online hate so that you too can learn from his experiences.

Your career choice is not always understood by everyone and it is often a reason for insults on social media. What made you choose to work in the adult industry despite knowing it was not going to be accepted by many?

It’s something that has always been interesting to me, and now it’s a real passion of mine—sex for me is a beautiful and powerful and art, and I love being able to create something that pleasures others.

Working in this industry must have changed your perspective on things to some extent. Has your self-confidence changed throughout the years, particularly in relation to hurtful comments?

Oh absolutely. You have to change and adapt pretty quickly. As soon as you reach any sort of social media fame, it comes with a price, and that, unfortunately, is trolling. My self-confidence took a battering for many years at the start of my career due to this.

You’ve used your voice to talk about sex workers’ rights while challenging stigmas surrounding HIV. So far, what changes have you seen in your industry as well as in people’s mindsets?

What would you tell young adults struggling with their own sexual identity?

I would tell them that being your authentic self brings so much joy. I’m not saying it will be an easy road to travel—sometimes to get there, it’s hard being LGBTQIA+, coming out especially or being confused. But please explore yourself, find what works for you, and be proud and open to do so! Because until you can be yourself and show the world who you really are, I don’t think you can be truly happy.

How mindful of online bullying would you say you are when posting new content online?

I try to be as mindful as I can be, but as a human, we all make mistakes. I myself have made mistakes and said mean things online when I’m frustrated or angry, but remember before you post anything that it could potentially hurt someone. Leave it for 10 minutes, calm yourself down, think about the human on the other side of that tweet or comment, and then come back to it and rethink posting.

What are other things you do to help you feel more confident?

I have a mantra when I’m feeling a little shaky or not so confident, I quietly say to my self ‘I am beautiful, I am powerful, I am strong and I’ve fucking got this’. It always helps me, and please try it, it can help you too! You need to tell yourself these things, even if you don’t feel them, make yourself believe! Fake it ‘till you make it!

What boundaries have you set on your social media platforms in order to keep some aspects of your life ‘safe’ from online bullies?

I’ve set boundaries in my own mental space, if I receive a negative comment, I will totally ignore that person—I won’t even block or delete, they will just not be acknowledged. Because what they are looking for when they troll you is a reaction and blocking is a reaction, it makes them feel like they have won. So a total lack of acknowledgement is always my go-to move.

If you could change one aspect about the internet, what would it be?

Stop the censorship of LGBTQ+ people on Instagram. The platform is full of female celebrities showing almost everything, but we as sex workers and gay people are reported, banned, and blocked every day for the same pictures.

What else do you think needs to be done when it comes to sex workers’ rights?

Finally, what is the best thing you would recommend people to do for Anti-Bullying Week 2020?

Go out there on social media and be an anti-bully. Go spread love, joy, and positivity! Tell people how beautiful they are, tell them they are doing great, that their hair looks amazing and their outfit looks so cool—you never know, your comment may make someone’s day, or even save a life. Always remember that your comments hold power.

For Anti-Bullying Week 2020, Screen Shot is supporting the anti-bullying charity Ditch The Label in its mission to tackle online abuse. Our Not Just a Comment campaign features 6 inspiring change-makers (including Moore) who know first hand what it’s like to receive hate online. They shared with us the worst comments they’ve ever received as they come together to highlight the impact that words can have on each and every one of us.

Share with anyone who you think might be suffering from bullying and donate if you can to help support the incredible work Ditch The Label is doing. Share the hurtful comments you’ve received online using #NotJustAComment and raise awareness about the impact of online bullying.