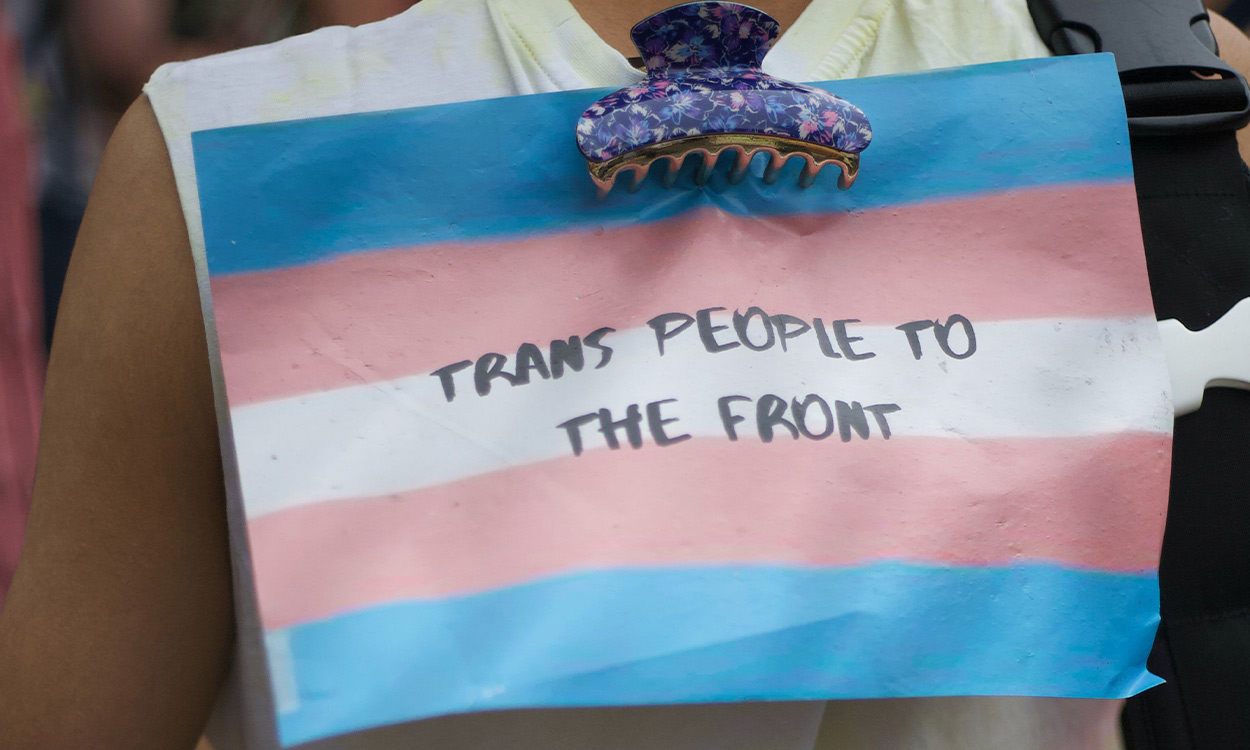 The Scottish Gender Recognition Reform bill spent three long days being debated in the Scottish Parliament and an additional six long years being argued over elsewhere. On 22 December 2022, it finally passed with a supermajority of 88 to 33 votes, only to quickly prompt what many have described as an attack on the country’s democracy by the unelected UK Prime Minister, Rishi Sunak.

The UK’s recent Census 2021 data showed that trans people (at least those of us willing to be identified to this government as trans people) are a tiny minority of the population. Despite that, reform pertaining to a law that concerns our birth certificates has become controversial for many—particularly, as is always the case, those outside of the LGBTQIA+ community.

Understandably, when moving from ‘trans people’s birth certificates’ to ‘the collapse of the United Kingdom at the hands of an unelected Prime Minister’, it can be difficult to see exactly how we got here. Truth be told, even I’m a little bit lost for words and that’s bad news for me: a writer.

First Minister of Scotland Nicola Sturgeon has stated that there are no grounds for the UK to take what many are describing as the “nuclear option”—with the bill having been specifically designed knowing that the UK would attempt to block it if it did overstep into a reserved matter, such as equality law.

The UK quite famously ignored the results of its own Gender Recognition Act (GRA) reform consultation and backpedalled on promises made under former Prime Minister Theresa May to bring in self-ID South of Scotland. So Scottish politicians were very careful about what they could and could not do with their reform, and across three days in Holyrood, we heard them give evidence to that fact.

The proposed reforms do not alter the GRA itself, they merely alter the process for applying for it—a task which currently requires a medical diagnosis that can be hard to get due to NHS waitlists which have a tendency to span decades at a time. The most prominent feature of these reforms is removing this requirement for medical diagnosis.

The UK government recently threatened to trigger the section 35 order as part of the Scotland act which, in short, gives the UK the right to veto legislation passed in the Scottish Parliament if it’s incompatible with the UK’s international obligations or if it adversely affects how UK law operates. It has now been confirmed that Sunak and Alister Jack, British Secretary of State for Scotland, have laid down section 35—thereby blocking the bill.

The UK government has made specific mention of the alleged conflict between the Equality Act and a sprinkling of fear-mongering surrounding the idea of fraudulent Gender Recognition Certificate (GRC) applications. This was an issue that opposition to the bill pushed hard during debate in Holyrood, but failed to secure amendments supporting their claims.

This is consistent with moves made by Equalities Minister Kemi Badenoch, who recently announced her Government Equalities Office would be looking into whether it would accept birth certificates from other countries that use a self-ID system, such as the Republic of Ireland—with the aim being to force those trans people to reapply through the UK system if they move here.

It should be highlighted that it isn’t particularly clear how Badenoch intends to tell which foreign birth certificates belong to transgender people or not. Trans birth certificates usually look identical to every other birth certificate, and without other governments providing the UK with a record of change, there is no actual way to tell. And why would they help the British government after it has called into question their legitimacy on this issue?

A quick reminder: this is the same UK government (a few have swapped seats, but it’s mostly the same people at the top) who only last year had their international LGBTQIA+ conference collapse. The intention behind the #SafeToBeMe conference was to highlight how progressive and forward-thinking the country was in regard to LGBTQIA+ rights. Instead, over 100 groups within the community pulled out after the government retracted its promise to ban conversion therapy.

A trans-inclusive ban has since been announced but it’s all a little bit too late, isn’t it? Hate crimes against LGBTQIA+ people are still rising consistently with each passing year, sometimes by upwards of 80 per cent. The media is still pumping out thousands of fear-mongering articles and commentary pieces filled with misinformation. And the government is still obsessed with pandering to those afraid of what’s written on less than 1 per cent of the population’s birth certificates.

I expect Scotland is going to win this fight. Honestly, it’s shocking to me that lawyers have even advised Sunak and Jack to push forward with the move given that they are risking an already fraught union with Scotland and the rest of the UK, just to maintain control over an aspect of the lives of such a tiny percentage of the population. The arguments for doing so, as provided by the UK government, don’t hold up either given that tax, pensions and pay are all supposedly equal between the sexes anyway.

None of this is real and instead amounts to just another example of performative outrage created to pander to and rile up a highly bigoted audience. They want to be angry and oppose trans people so they will, even if they don’t have a good reason to.

If Scotland ends up independent because of all of this, good for them—I am happy for anyone who can put distance between themselves and the current UK government. I only wish I could join them. 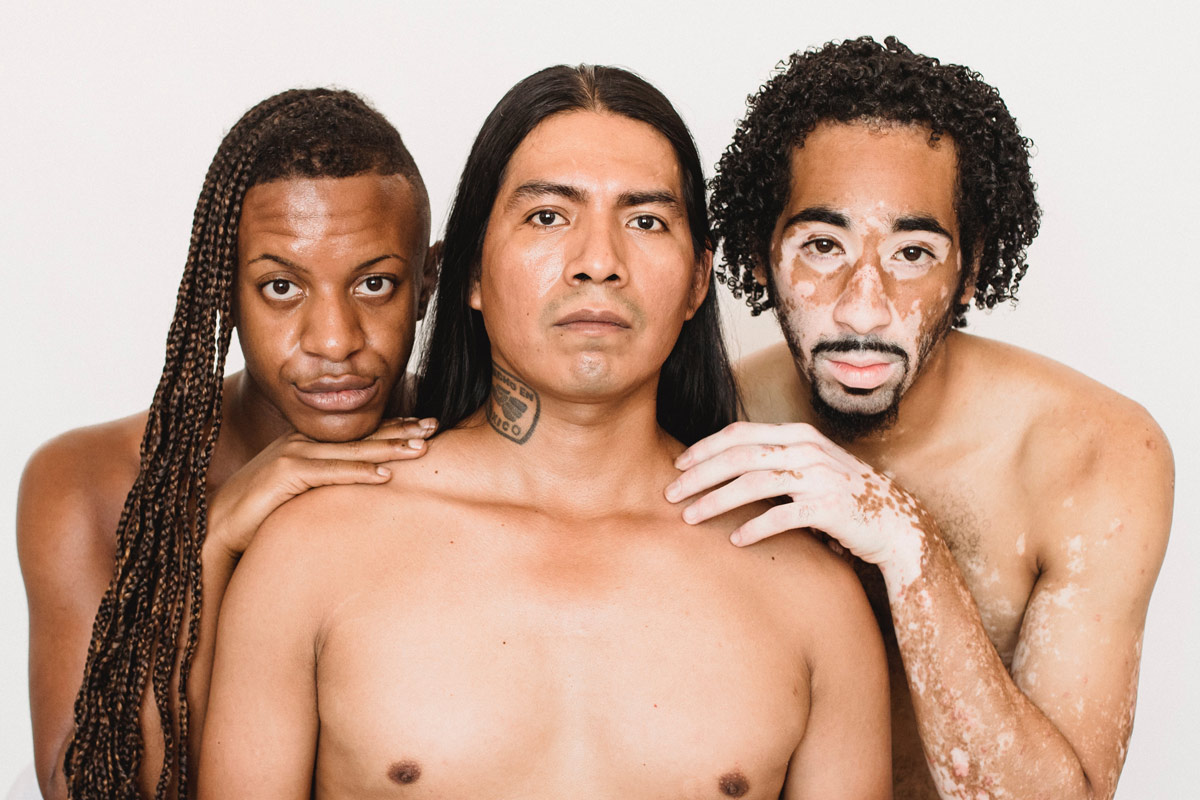 Gender Recognition Certificate cost cut from £140 to £5. How will it impact transgender citizens?

The UK Government has today, 4 May, delivered on its pledge to reduce the fee of applying for a Gender Recognition Certificate (GRC) from the hefty price of £140 to just £5. The GRC means that for certain things that are controlled by law (such as pensions, marriage and prisons) you may be treated as the gender of your birth certificate regardless of your actual gender identity. Gender recognition allows you to change your legal gender from male to female or from female to male. Here’s everything you need to know about the recent change and how it will impact transgender citizens.

In response to recent consultation on the Gender Recognition Act, the minister for women and equalities, Liz Truss, decided upon modernising the process of applying for a GRC, reducing the price being one big change—as data had shown from the National LGBTQ survey, the price of application in the past, was one issue holding transgender people back from obtaining their GRA.

As publicly announced by Truss, “In the National LGBT Survey, 34% of transgender people told us that the cost of applying for a certificate was holding them back from doing so. Today we have removed that barrier, and I am proud that we have made the process of getting a certificate fairer, simpler and much more affordable.”

What will people applying for a Gender Recognition Certificate have to do now?

The existing rules state that to legally change one’s gender, a two-year waiting period is still required as well as a review by a specialist panel, and the additional £5 fee. Many LGBT campaigners still believe that the current system needs to change further, and have called for it to be replaced entirely with a simpler declaration and self-identification system instead. The application process is also due to be moved online, saving travel and unnecessary complications as well. That being said, there is a price to paperwork—even if the fee is £5, trans people will still be paying for gender changes on the documentation such as birth and marriage certificates.

Cara English, the Head of Public Engagement at trans awareness charity Gendered Intelligence said that the process still needs to be made “less invasive,” and that “Anyone applying for a GRC is still going to need to get a statutory declaration overseen by a solicitor, which can cost from £5 anywhere up to as much as £200,” she told inews, continuing that “there are medical reports from doctors and surgeons detailing any and all healthcare interventions taken to date are prepared at cost, and then shared with a panel of strangers who judge your application.”

Since 2005, a total of 5,871 GRCs have been granted, according to the latest official figures. The government has also estimated that there are somewhere between 200,000 and 500,000 transgender people in the UK.

While the government is taking its first baby steps in making the process easier and cheaper, which in turn will welcome more applicants, there is still a lot more than needs to be done. Lee Clatworthy  from national transgender charity Sparkle told the BBC that the process remains “overly long-winded” and a reduction in cost “won’t compel more to apply.”

What gender changes can legally be made now?

Under the Gender Recognition Act 2004, UK adults can legally change their gender if they meet certain criteria. They are required to declare that they will live permanently in their acquired gender, they need a medical report of a gender dysphoria diagnosis and a medical report of any hormone treatment or surgery, including any planned treatments. They must also provide evidence that they have lived full time in their acquired gender for at least two years, such as copies of their passport and driving licence, and be over the age of 18.

The recent changes to the Gender Recognition Act bill will not affect laws in Northern Ireland, and Scotland will also make its own decisions. Much of the debate surrounding the decisions that are due to be made are in regards to women-only spaces such as toilets, changing rooms, domestic violence refuges and prisons. Under the Equality Act 2010, no one should be discriminated against because they are transgender, and legally changing your gender may still not guarantee entry to these single sex spaces.

This is a fundamentally an incremental system within society today, and one that is (in the grand scheme of things) only just beginning to gain momentum, which means big changes are due to happen regardless of the government’s timelines. For now, I’m looking forward to seeing the changes unfurl.